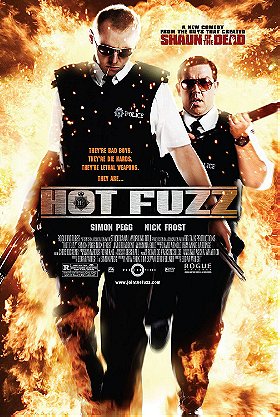 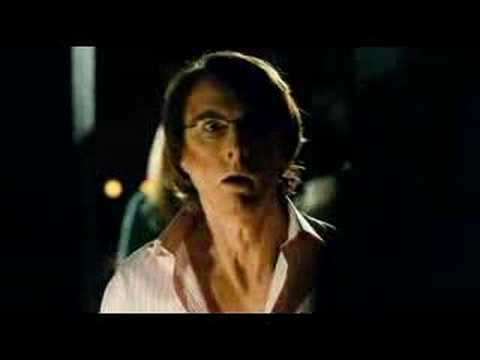 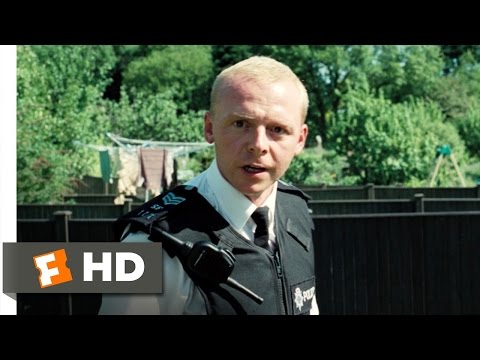 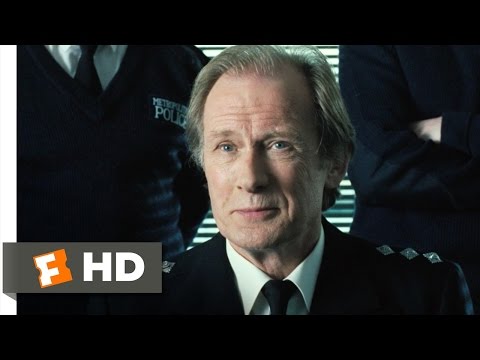 I was afraid this was going to be exactly like Shaun of the Dead (I have nothing against it, I just hate tired repeats) but I was pleasantly surprised. Hot Fuzz is an action-packed comedy, set in a British village which has it's comparisons to Stepford (calling it Sanford would hint at this too). I was surprised at how graphic it was for comedy, the effects ... read more

Edgar Wright and Simon Pegg's second feature film collaboration, 2007's Hot Fuzz furthers the pair's cinematic interests that were previously established in the superlative Shaun of the Dead. It's easy to parody a film genre, but it's another thing entirely to achieve a parody which simultaneously works as a member of the genre that it sends up. Shaun of the Dead ... read more

doudouce55
2 votes
His superiors being jealous of his perfect record, Sergeant Nicholas Angel (Simon Pegg) is transferred from London to the seemingly crime-free village of Sandford. There he meets his new partner, Danny Butterman (Nick Frost), the witless son of the police chief. A series of shocking accidents upsets the village, and Angel is certain that the village is not what it seems.

jordanwiles94 added this to a list 1 month, 4 weeks ago
Movies That I have watched all (2052 movies items)

"Sandford, England The setting is the fictitious town of 'Sandford' – the all-purpose place name used in UK police training exercises. Which itself is England's smallest city, Wells in Somerset, at the foot of the Mendip Hills in the West of England, about four miles from Glastonbury. Why you wouldn’t want to visit: The villagers want to keep things safe, and crime free.... “For the greater good.”"

“I will admit to you, the film does start off slowly, and the finale is very over the top. Plus the murders are unashamedly brutal. But Hot Fuzz is a hugely enjoyable, original and daring comedy. It is fast-paced fun from start to finish. And all this is helped by a sharply observed screenplay, next to flawless comic timing and a wonderful performance from Simon Pegg playing it straight as the over zealous cop. The supporting actors do just as brilliantly with Nick Frost the standout and Jim Broadbent brilliant as always. Paddy Cosidine and Rafe Spall are hilarious as the two Andys, and Timothy Dalton is a pleasant surprise as Simon Skinner, and steals every scene he's in.The camera-work is very dark and brooding, and there are some clever homages to other movies of the genre. At a little o” read more

Max the Movie Guy added this to a list 7 months, 2 weeks ago

"FORMAT: 35mm PRINT QUALITY: ★★★★ NOTES: Like all good prints from its time, opens with the FACT anti-piracy warning. Surprisingly not as clean as the Shaun print, but hardly scratchy and all dust is small, save for one stuck strand of hair in the middle. DATE: February 14th 2022 CINEMA: The Prince Charles Cinema LOCATION: West End"

Max the Movie Guy added this to a list 7 months, 2 weeks ago

The Mighty Celestial added this to a list 7 months, 2 weeks ago

"A film by the comedy team of Simon Pegg and Nick Frost, the same duo responsible for what is, for my money, the best zom-com ever, Shaun Of The Dead. This time, they take on the world of the buddy-cop genre.Hot Fuzz never really reaches as high a level of humor, humanity, wit as Shaun, nor is it as genre groundbreaking,but when all is said and done, there was enough of the typical high balance of comedy and chemistry between the two "Bad Boys" to make this action comedy a commendable effort.I he"

Kandi voted for an image 7 months, 3 weeks ago

henrik4075 added this to a list 7 months, 3 weeks ago
The Best of Cate Blanchett (31 movies items)

Agent Kermit D. Fonz voted for an image 8 months ago

vikingsquatch added this to a list 9 months ago
Funniest Comedies of All-Time! (39 movies items)

moviebuff added this to a list 9 months, 2 weeks ago
101 Satire Movies You Should See Before You Die (101 movies items)

moviebuff added this to a list 9 months, 4 weeks ago
101 Crime Movies You Must See Before You Die (101 movies items)

G̲lσb̶∆L J̅∆zZ∆l!s̲↱ added this to a list 1 year ago
UncomPromising Movies (191 movies items) 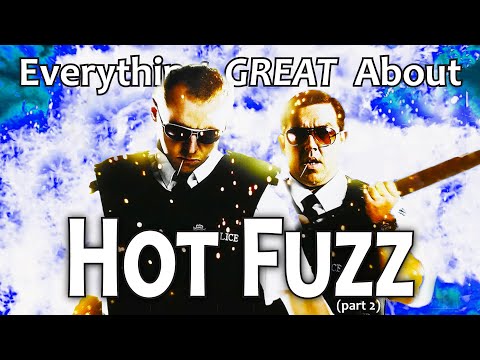 Everything GREAT About Hot Fuzz! (Part 2) 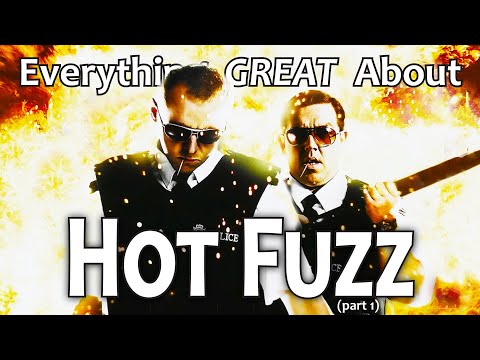 Everything GREAT About Hot Fuzz! (Part 1)

Agirl added this to a list 1 year, 7 months ago
My Favorite Movies (52 movies items)

Rylvan voted for an image 1 year, 7 months ago

Mark Tonna added this to a list 1 year, 8 months ago
Movies that I own on DVD (272 movies items)

Agent Kermit D. Fonz added this to a list 2 years ago

sdepy83 voted for an image 2 years, 1 month ago