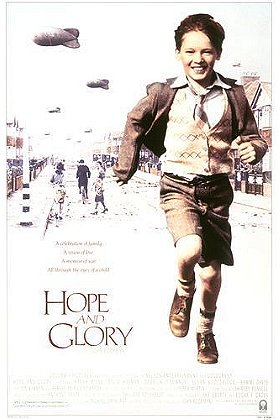 View all Hope and Glory lists 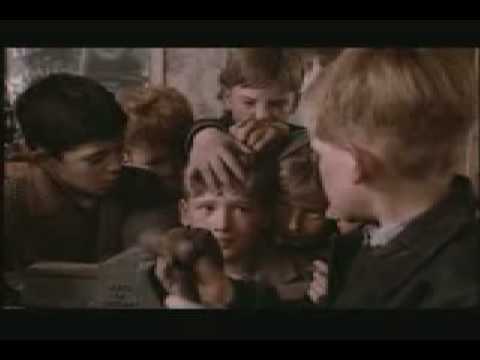 View all Hope and Glory videos

johanlefourbe
1 vote
John Boorman is now pretty much forgotten but I think it is a pretty good director with an impressive career spreading from the 60's until the 2000's. This flick is now also pretty much forgotten but it is actually a shame since it might be his best directing effort. Indeed, it is a very well made WWII feature partially based on his own youth. In Europe, the United Kingdom was one of the few count... read more
View all Hope and Glory reviews

Bill Rohan, a young boy living on the outskirts of London experiences the exhilaration of World War II, as seen through the eyes of director John Boorman, who also wrote and produced the autobiographical film. During this period, Bill learns about sex, death, love, hypocrisy, and the faults of adults as he prowls the ruins of bombed houses on Rosehill Avenue. His childlike father is off chasing patriotic dreams of glory from behind a military clerk's typewriter; his teenage sister runs wild; his mother can't cope; and everything in the end will eventually turn out all right.
Release date: 19 February 1988
UPC: 027616862792
Tags: War (5), Drama (4), Dance (3), Cricket (3), High School (3), Father Son Relationship (3), Boat (3), 1940s (3), Explosion (3), Radio (3), Fishing (3), Enlistment (3), Air Raid (3), Pregnancy (2), Summer (2), Gang (2), 1980s (2), Underwear (2), Wedding (2)
My tags:

Agent Kermit D. Fonz added this to a list 1 month, 2 weeks ago

Agent Kermit D. Fonz added this to a list 1 year, 6 months ago

johanlefourbe added this to a list 2 years, 6 months ago
1001 Movies Chosen By Johanlefourbe (1001 movies items)

AVPGuyver21 added this to a list 3 years, 9 months ago

" Date: 5/1/2019 Viewed: In Class First Viewing Note: I didn't know much about this movie to be honest and I end up really liking it a lot. I thought the acting was great and the story was very good. I really like all of the characters and I care about them a lot more than I thought I would. I can see why this movie is a major classic in British cinema. I highly recommend this movie. "

BradWesley123 added this to a list 5 years, 8 months ago

dhove added this to a list 6 years, 5 months ago
Best Pictures (584 movies items)

Agent Kermit D. Fonz added this to a list 6 years, 6 months ago
John Boorman: The Best and Worst of (6 movies items)