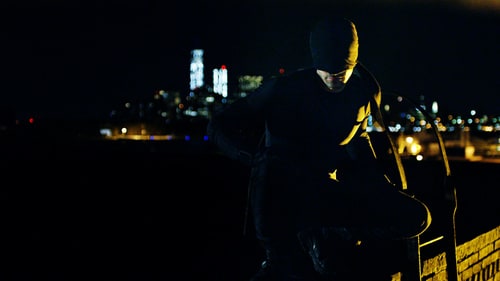 This show ... Someone hold me please. I'm literally EATING those episodes, it's so good, so good. I'm in love with that guy seriously. The way he fights and all this stuff about his capacities... The show nails it. I just finished ep.5 and I'm thinking about it since yesterday!! I'm afraid Claire leaves him !!
It makes me so passionate just to think about that show. I'm internally screaming, only Marvel can make me feel that way.

Edit: I just finished it and I can tell you it's awesome til the end. Only two ep disappointed me, the whole thing is amazing. Watch it!
Rate:
Watched Wanted 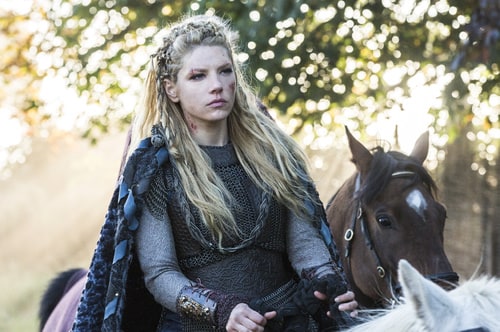 I have to admit I watch it because of Lagertha.
I'm at the middle of s1, and sometimes it's a bit boring but Fimmel gives such a good performance, I'm stunned. The way he plays that Viking gives me some chills sometimes. He's got a lot of impressions and that makes him so real and so dark. Now I'm waiting for Lagertha to have more screen time, she had a few and they were all badass so I can't wait.

Edit: I started s3 yesterday and I can tell you it's freaking good. The s2 was really intense, so many unexpected turns and plots. The end of the season has some of the best episodes I've ever seen in a TV show.

Edit: Just finished it. Their are some impressive scenes but I feel like the plots began to be all the same. I'm waiting for s4 to see if I'm right or if I'm wrong again!
Rate:
Watched Wanted 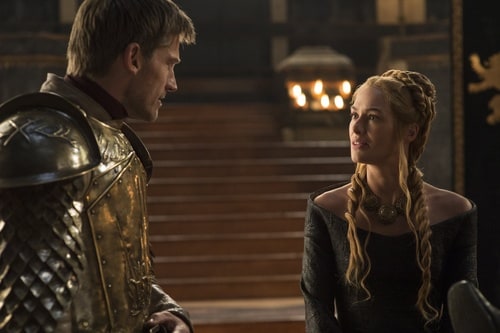 This show is getting more and more hate. I think I can understand why sometimes because it's probably true that the two directors are going too far from the books but I don't read them so I can't tell. I'm just enjoying a good and well made tv-show with diverse and fascinating characters, and tumblr can't take that away from me. Let's see where is season 5 going ! And I hope it's gonna be better than season 4 because some episodes mid-season were a bit boring. As for me season 2 and 3 were the best, I loved the end of season 2 and mid-season 3.

Edit: I just finished season 4 and it wasn't as bad as people used to say. The last episodes were really good, and it has a lot of unexpected twists. A lot of emotions.
Rate:
Watched Wanted 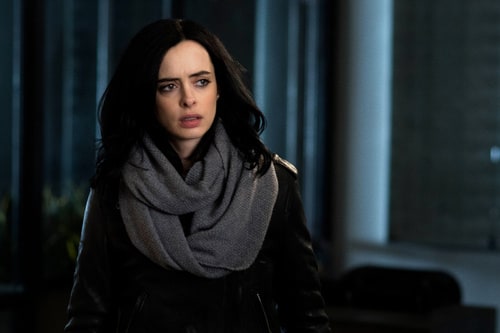 Another amazing show from Netflix. I can't really describe how I feel when I watch this, the atmosphere is oppressive. Seeing the life of someone who has been abused like this, it's something really private. I didn't really liked the two or three last episodes, but the whole story is something you must see. You have to whatch Jessica Jones.
Rate:
Watched Wanted 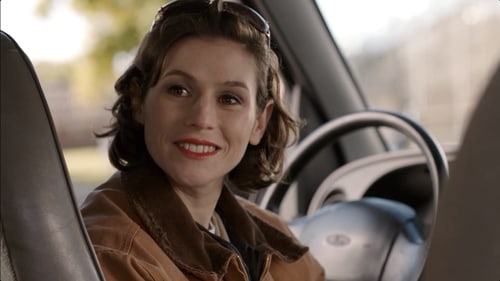 The first two seasons of this show are truly amazing, it's been a while since a show hasn't entertained me like that. It's simply brilliant. It's impossible not to love each of these women.
However the third season isn't that entertaining and has a lot of stupid and cheesy moments which are painful to watch.
Rate:
Watched Wanted 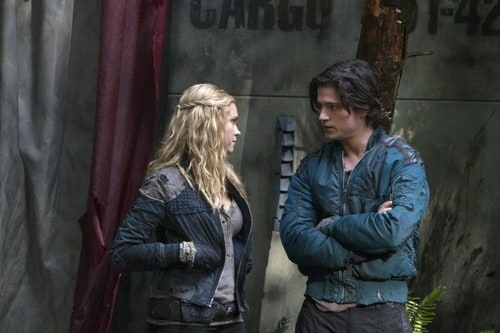 I watched the first few episodes and it's interesting but not enough to make me watch the others. It's very realistic tho. Maybe I'll watch it during the holidays.

EDIT: GUYS! I'm watching it again and I'm glad to tell you I found a reason not to stop watching it. The reason is called Lincoln! He's so hot, not like all the others teen-looking boys in the show.
I've also seen some shots of season 2 and that's what made up my mind. I can't wait to start it, I'm almost done with s1.

EDIT: I'm now watching season 3 and this show has become so good I'm amazed. The first 3 episodes were really captivating, the characters are interacting more with the grounders and I love it. I love the grounders.
Rate:
Watched Wanted 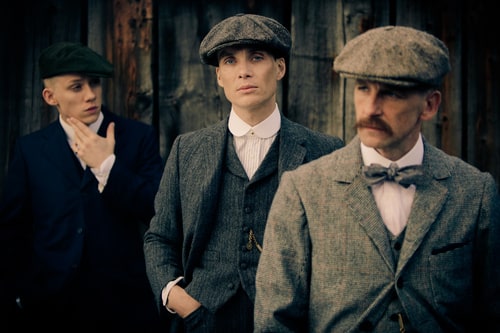 This is such a great show. I don't even know what to say about it, it's close to perfection!
Rate:
Watched Wanted 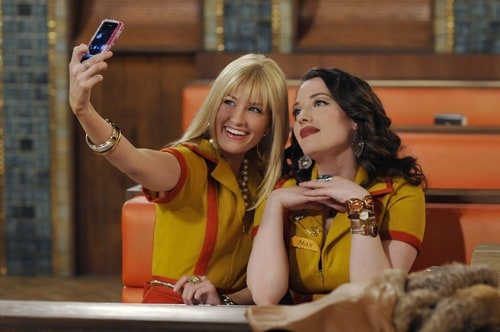 I loved season 1, it was so funny. I love Kat Dennings so much and her character is so on point. BUT as soon as Jennifer Coolidge appeared she ruined the show. Sadly she's almost always here and she's so disgusting... I watched season 1 in a week and now it's been a month since I've started season 2 and I'm only at episode 9.
Rate:
Watched Wanted 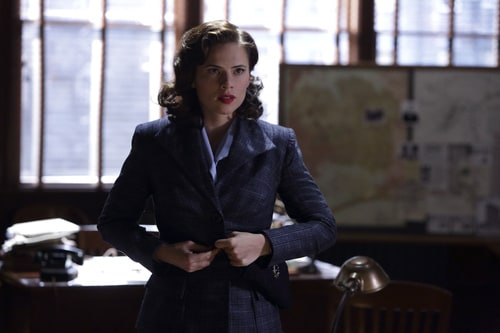 As much as I love Peggy I'm a bit disappointed she isn't working with Howard at the SHIELD yet. I know they have to introduce the character and all this stuff, but in The Winter Soldier we saw she was with SHIELD and even in the short movie she left to work with SHIELD but we are not here yet in the show and it's a bit frustrating. The whole "undercover" thing is frustrating. I'm not watching it anymore.
I guess they can't make two tv shows about SHIELD, better save the bad one with the bad characters...
Rate:
Watched Wanted 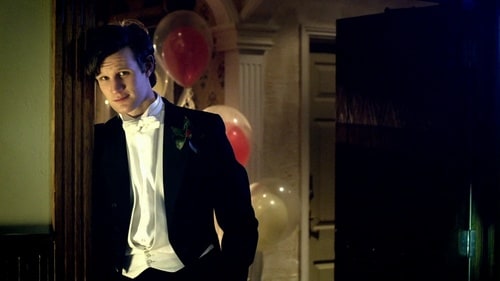 Where to begin? Doctor Who used to be so good, such a great show. At first I was reluctant because I though it was for children. I started to have interest when I saw from afar some episodes of season 5 with the Weeping Angels and River Song. I started to watch it there so Matt Smith is MY doctor, he's my beloved one. Season 1,2,3,4,5 and 6 are amazing. Season 6 is probably my favorite, it has some scary ep. (I mentioned I love Rory?)
Now the show doesn't catch me anymore, Clara isn't a character I like and the new Doctor... I don't like the actor and I don't like the story of his doctor (steven moffat hahaha). He kind of lost his memory and seems to be totally out of it, he doesn't interest me. I'm not watching it anymore.
Rate:
Watched Wanted 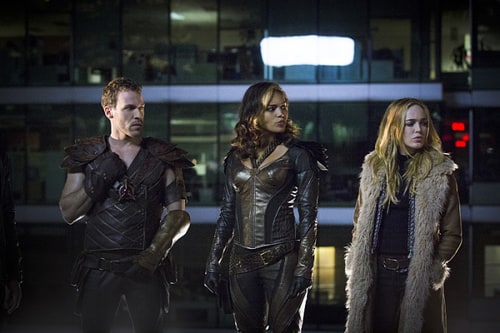 I've watched only episode 1 and it isn't that bad. Some moments are kinda ridiculous but the whole thing is interesting. I don't really like the cast but we'll see. I'll watch the others soon!
Rate:
Watched Wanted 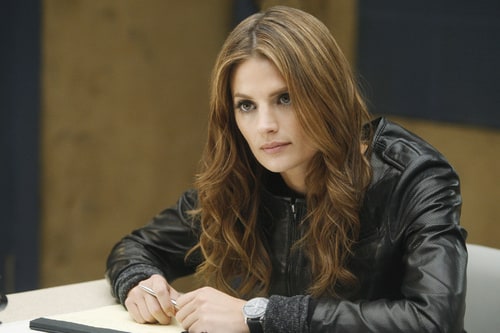 I've watched some episodes of the last season because I liked the plot around Kate, but Castle is annoying and kinda ruins it for me. She should be running the world and instead she has to deal with Castle's shit.
Rate:
Watched Wanted 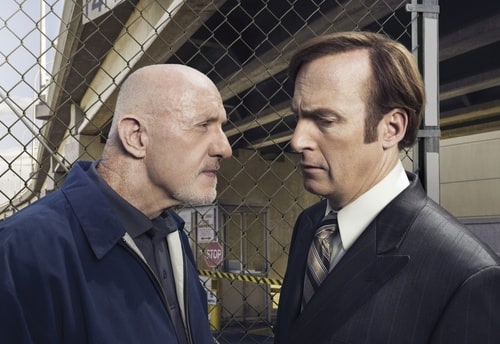 Well, at least I tried. I think I stopped at ep.2, he was maybe interesting in Breaking Bad but here the comedy parts fail to amuse me and his story isn't even that interesting. I even tend to think he's kind of repulsive.
Rate:
Watched Wanted 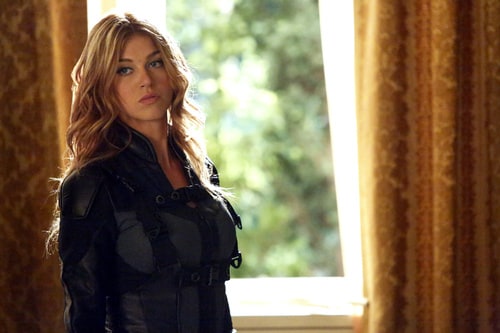 Well, ep. 1 was boring and I didn't finished ep 2. I don't like the characters, the plot is ... boring ? yeah and the guy called Ward has no charisma at all and is annoying. I don't like Bennet neither. Casting is so poor. I don't know what's the point of that show apart being boring and anoying. Sorry Marvel. I think I'm just gonna watch episodes which seems interesting. Like the ones with the woman on the pic, she looks great. And the ones with Lady Sif!!
Rate:
Watched Wanted 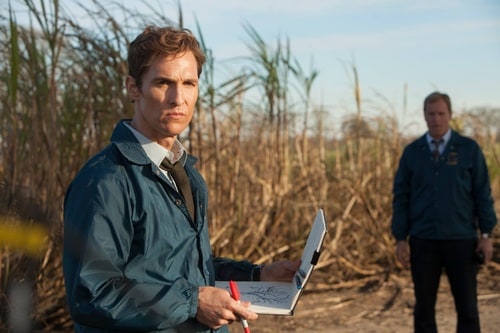 True Detective was a very interesting and whole show. The two main characters are the complete opposite without being all black and all white, it was kind of fascinating to see the choices they made and how they handled those. To settle the show in Louisiana was also a very good idea. The only reason I didn't rate it 10 is because the end disappointed me.

Edit: I haven't started s2 yet.

Edit: I tried to watch s2 but it's not interesting, I feel like the characters never come to life.
Rate:
Watched Wanted 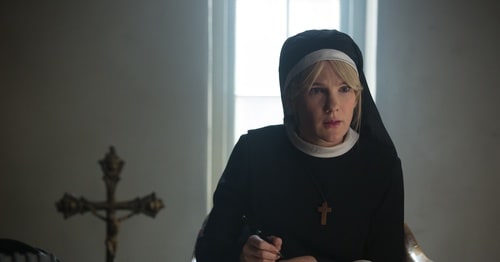 Asylum is probably the best story I ever saw on TV, it was fascinating. Coven was good too, Angela Bassett was a queen in that part.
However, Freak Show was a good idea but got wasted, I stopped watching at ep 4.

Edit: S5 isn't better than S4, I stopped in the middle too. Lame.
Rate:
Watched Wanted

Well, Sherlock is a very well made show but far from my favorites. I think I missed some episodes of season 1 or 2, some of these seem endless. I watched season 3 only because on tumblr they were all talking about it, that show just doesn't catch me.
Rate:
Watched Wanted 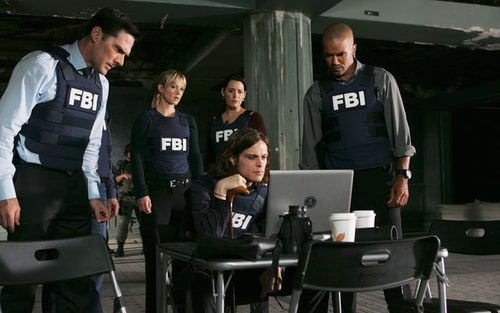 It's the moment where you wonder what is that show doing on that list! Well, it has been my favorite show for a while. I like that kind of psychologic thing, I like the fact that the bad people in that show are not always scary assholes, sometimes they are just people who lived things and can't get away from these things. Some ep broke me. I feel like the new seasons have less emotionnal things and it's not that interesting but I'm still watching it. The best seasons where when Prentiss was here!
Rate:
Watched Wanted 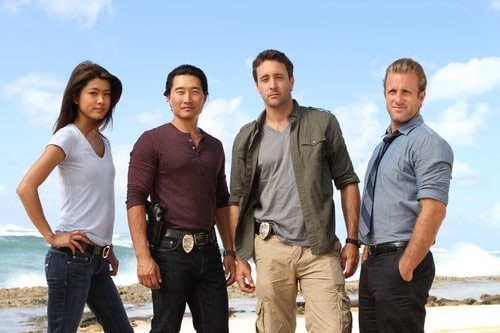 STEEEEEVE. That's what we like to scream with my sis. Well, now not so much because in the recent seasons he's becoming a bit disappointing, I wonder where his seals skills went? Anyway, I used to laugh everytime that show was mentionned but it's on french television and it prevents me from being bored saturday evenings. The action parts of the show are nice, OR I mean used to be nice when Steve still had some skills. In case you haven't figured out yet, I love Steve.
Rate:
Watched Wanted 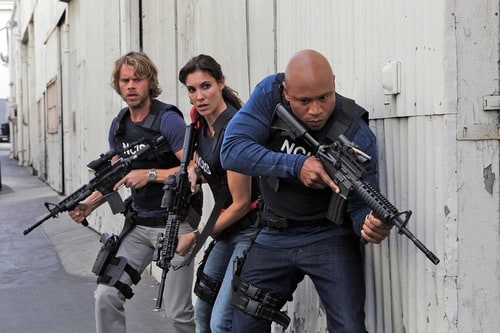 That's the moment where you want to stop reading the list because you though nothing could be worst than Criminal Minds and Hawai Five-0, well, you were wrong! It's on french tv too so I watch when I got bored. I think the show could have been interesting if the undercover missions lasted longer, but it would have implied less action so the showrunners made a call! It's really a poor tv show if you want my point of view.
Rate:
Watched Wanted 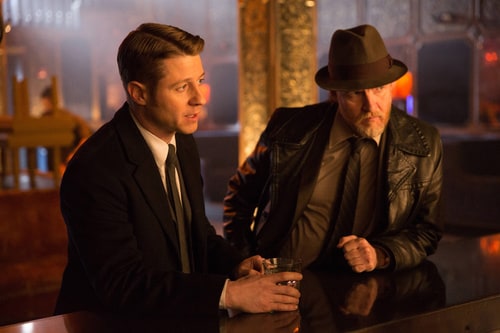 Well... I'm really DISAPPOINTED by that show. The first episodes were not that good but interesting, now it's good but not interesting. I am just bored when I watch it, even though the characters are very well done. I stopped at episode 12, it's on my computer and waiting for me since january... I don't have the patience to watch it. 24 ep for a show like this is WAY TOO MUCH. I also don't understand why Barbara is such a weepy woman... Why?
Rate:
Watched Wanted 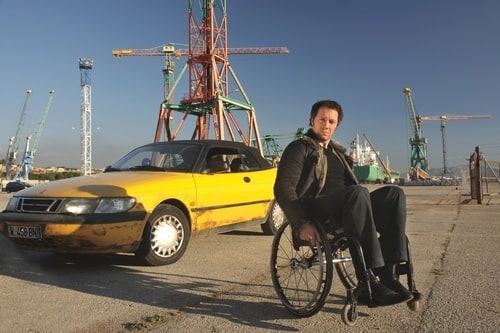 French show ! About a sarcastic cop in a wheelchair. ;)
I haven't watched the two first seasons, I started two weeks ago because it's back on TV and I was bored. It's not as interesting as I though it would be, but Caïn is so unpredictable it's a pleasure to watch.
Rate:
Watched Wanted 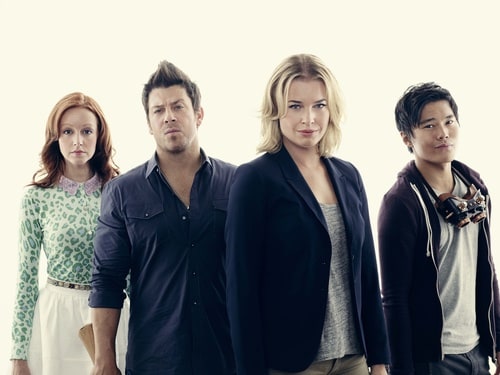 I have to admit I started it because of Rebecca. The show isn't that interesting, even if it has some funny parts. I stopped watching it, there's not much to say.
Rate:
Watched Wanted 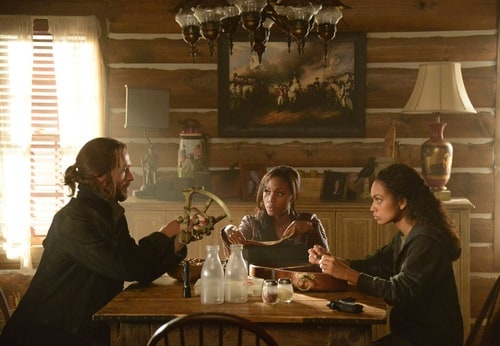 Totally stopped watching it. That plot with his wife getting kidnapped all the time IS SO ANNOYING. SO FCKIN ANNOYING someone hold me I want to punch something. It's sad because Abbie and Ichabod are a great team and I love them. I love Jenny too. Such a waste!
Rate:
Watched Wanted 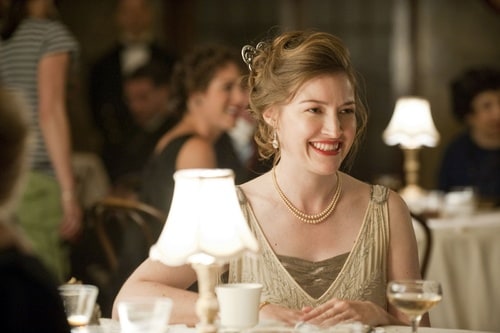 This show... It was boring. I stopped watching it, couldn't bare to lose my time anymore. But I liked Kelly Macdonald.
Rate:
Watched Wanted

I want to watch it but I lack of patience

I'm not very fond of TV shows... So here's a list for any year in particular.

Favorite Songs by Sia by kathy

Oil and Gas - Movies by Kandi