Top 50 Worst Movies Of All Time

4.6
Freddy Got Fingered (2001) (2001)
Badly written, acted and pointlessly grotesque and cruel to characters who don't deserve it. The worst of the worst!
filmbuilder's rating: 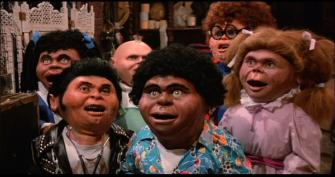 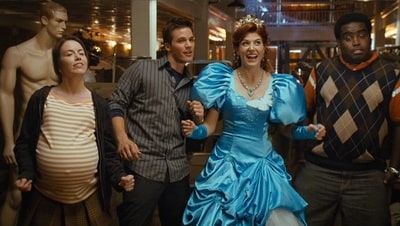 Who's responsible: Jason Friedberg and Aaron Seltzer, everyone involved in it (including the companies that own the movies that get spoofed, [they did sell them the rights after all])

They got the title right for sure! Man, I so wanted to stop watching! I only watched this dreadful sexist unfunny movie because it was on Netflix! One of the worst movies I've ever seen

How to make it better: Burn it, it would be better as a pile of ash!

5.5
That's My Boy (2012) (2012)
Of all the Sandler films I've seen, this is definitely the worst one, and that includes 'Jack and Jill', excessively crude, unfunny, annoying and disgusting, with a revolting pedophile premise and jokes about incest (jokes which have a very small audience).
filmbuilder's rating: 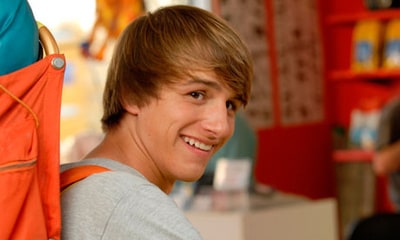 I first watched when I was 11 and I thought it was the worst movie I had ever seen, a year later, I re-watched and still awful! The story is completely boring and the jokes are stupid! And they made two sequels!!!

How to make it better: Remove Fred himself! He's stupid!
filmbuilder's rating:

1.9
Manos: The Hands of Fate (1966) (1966)
A film made as part of a bet, and man does the extremely low budget show. Not just technically awful, but also featuring a dull, nonsensical storyline!
filmbuilder's rating:

4.5
The Man Who Saves the World (aka Turkish Star Wars)... (2015)
Known as 'Turkish Star Wars' due to it stealing footage from 'Star Wars' and music from 'Raiders of the Lost Ark', and also having hilariously awful action scenes and quality that looks as if the film projector couldn't handle it anymore!
filmbuilder's rating:

3.7
The Room (2004)
Like most people, I find it memorably bad, with consistently bad acting, writing, dialogue and questionable cinematography, that makes it an awful masterpiece.
filmbuilder's rating: 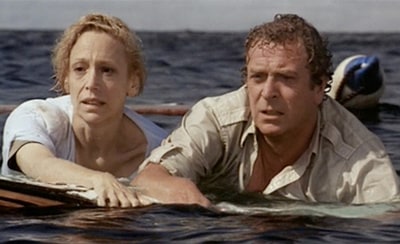 I didn't know what the plot was about except for the fact that it had a forth great white shark and what are actors like Lorraine Gary, Lance Guest, Mario Van Peebles, Karen Young and Michael Caine doing in something as dreadful as this? Did they not see 'Jaws 3'?

How to make it better: Remove the person in Bruce's mouth and make the plot more simple 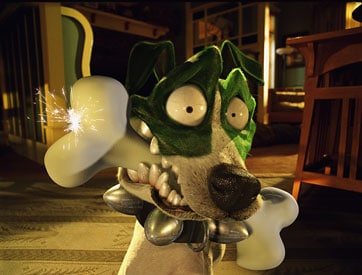 Just what the hell is this? Is this another crappy sequel to a great movie? 'Son of the Mask' is the dumbest movie of the year! There's absolutely nothing good about this flick

How to make it better: Give the mask more screen time and improve the effects

"Son of a bitch!"
filmbuilder's rating: 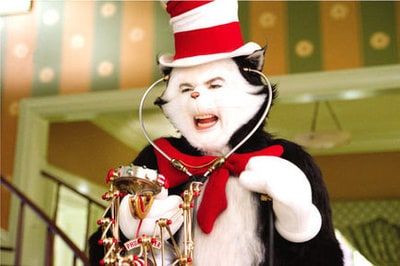 I watched 'The Cat In The Hat' to see if it was that bad, also I was bored, at least I don’t have to waste my time watching it when there are tons of better things to do. Due to it being so bad, Dr. Seuss's widow allowed no more live action adaptations of Dr. Seuss's work and the sequel was cancelled. Thank god for that!

BTW, one of the main reasons for hating it is it has mature content! Mature content? In a KIDS movie?!

3.2
The Emoji Movie (2017) (2017)
Unfunny jokes, numerous plot-holes, excessive product placement, and pretty much an 'Inside Out' and 'Wreck-it Ralph' wannabe!
filmbuilder's rating: 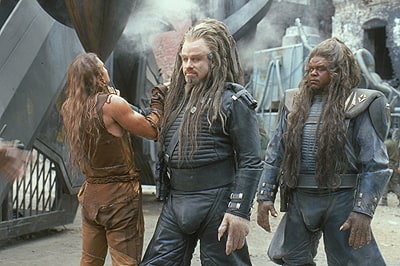 Worst movie ever? Not to me! One of the worst? Absolutely, ‘Battlefield Earth’ is being considered one of the worst movies ever. Alas, that is true, I cannot believe I had to watch this shortly after my 13th birthday. Thanks to this awful movie, I've lost 114 minutes of my life!

How to make it better: Remove the campy makeup on the aliens! Infact, remove John Travolta and Forest Whitaker and hire under actors! 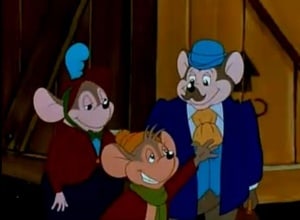 So this is the infamous animated one? Yes! WHY IS IT HERE?

How to make it better: Make it a live action movie and remove the animals! 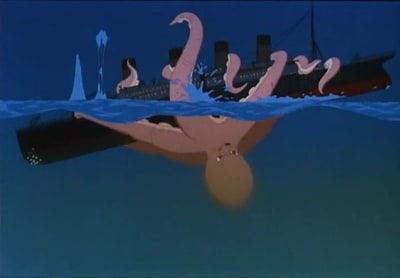 I thought I would be watching the infamous animated version but I ended up watching this instead, it is just a crap movie

How to make it better: Again, remove the bloody animals

"I deserve to die, I suck with the ship!"
filmbuilder's rating: 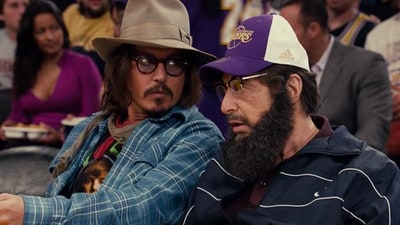 This movie is just unfunny, one of the worst jokes is where Jack dresses as Jill to spend a night with Al Pacino; he goes into a toilet, undresses himself, puts bras on (and grapefruits inside to look like breasts), sprays his body with some sort of deodorant and then puts a dress and a wig!

How to make it better: Remove Al Pacino and change Adam Sandler's casting as Jill! 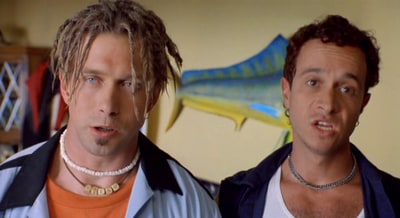 This ought to be locked in a bio-dome as a bloody whole! This film isn't funny, it doesn't feel like a year passes of them inside the bio-dome, the jokes aren't funny at all and the acting makes me want to yank my ears and HAIR out!
filmbuilder's rating: 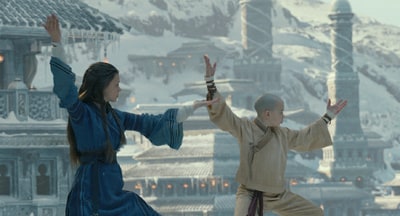 The plot is confusing and keeps changing directions, in fact this is an awful movie with horrible acting, over the top effects, worthless action scenes, a boring, muddled story with no consistency, confusing nation scenes and a whole load of horror, the only good thing is the poster and that’s it, why did ‘The Last Airbender’ have to be made, I don’t know but it’s definitely 103 minutes too long! There’s a million things that I’d rather do than watch this and when it ended, I thought “Switch it off before I blow my brains out!”

How to make it better: Improve the acting and don't ham up the effects!
filmbuilder's rating: 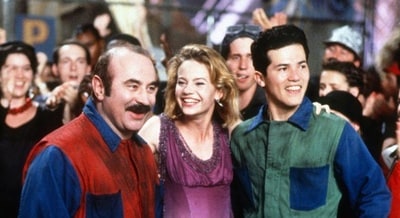 The story of 'Super Mario Bros.' is when the meteor struck the Earth and vaporized the dinosaurs, it split the Earth into two dimensions, it sounded a good story but then the story turned out just as bad as everyone says

'Super Mario Bros.' is too scary, creepy and sophisticated for kids who were bought into the educational Mario games
filmbuilder's rating: 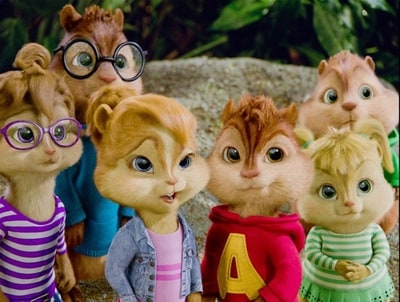 Please, put a stop to this franchise! Please, please make it stop! IT'S ALVIN AND THE !?@& CHIPMUNKS! Here, the three chipmunks and the three chipettes try flying a kite and end up on an island, this flick made up ridiculous spoofs of 'Cast Away', a movie that many kids won't be familiar with, pretty much like 'The Cat In The Hat', it's like an adulteration of 'Alvin and the Chipmunks'

How to make it better: Have the chipmunks eaten by monsters!
filmbuilder's rating: 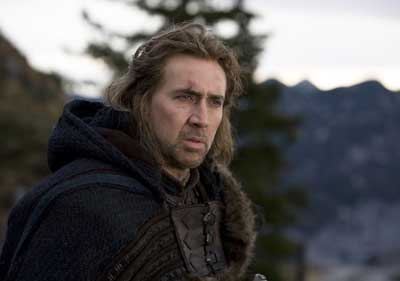 'Season of the Witch' is a hilariously bad copy of 'Lord of the Rings'. What was Nicolas Cage thinking of? The dialogue is laughable, the sword fights are dull, the story is appalling and badly told, the art direction and visual effects are cheap and Nicolas Cage did it for a paycheck! Give it some credit though! It's so bad, it's actually hilarious to watch!
filmbuilder's rating: 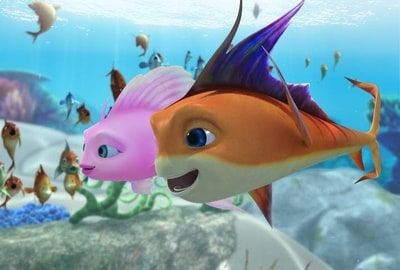 It's boring and its similarities to 'Finding Nemo' are too much; the beginning is Pi's parents being scooped up in a net, Pi can escape but his parents can't - sounds like 'Finding Nemo', except they can't "keep swimming" because that would be going too far 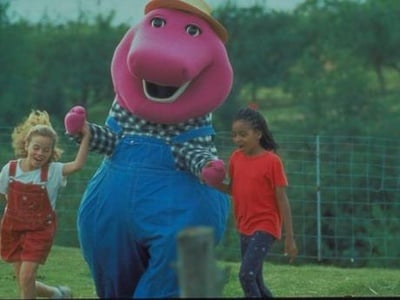 'Barney's Great Adventure' is an annoying, boring embarrassment, pretty much like the TV series, it was pretty horrible, why did anyone decide to make a movie for the annoying creepy dinosaur? And his idiotic friends? Yeah I used to like the show when I was 4! But actually now I hate it!

Redeeming feature: The poster is the only good thing in the movie!
filmbuilder's rating: 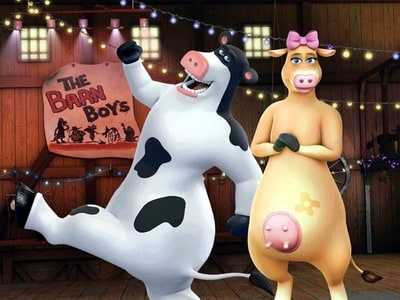 I just act crazy whenever I hear these obnoxious animals singing and dancing and that midget farmer looks like Mr Potato Head, ridiculous jokes, awful animation, horrible voice acting, most of the credit goes to Steve Oedekerk
filmbuilder's rating: 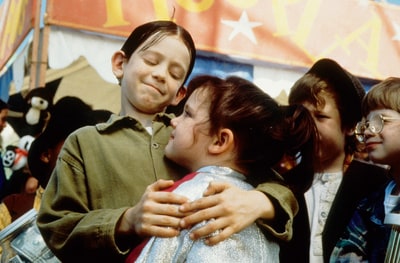 It took 5 people to write 'The Little Rascals', unfortunately, it turned out to be awful and a toddler entertainer only.
filmbuilder's rating:

There are many terrible movies out there that are gross (but not funny), stupid, bland, boring or awfully acted, these are the 50 worst movies I have ever seen 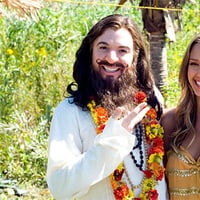 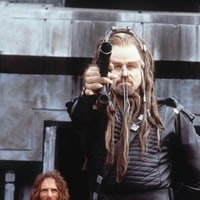 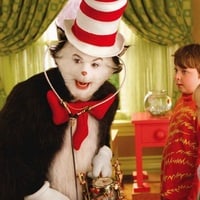 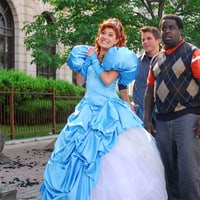 You Are Underrated by vraifriandise

TV Shows Set in the US, Filmed in Canada by EmmaBell