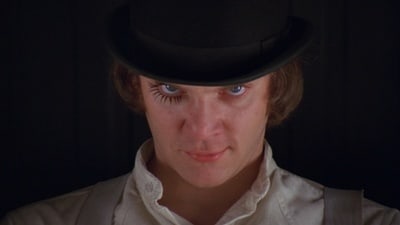 'A Clockwork Orange' is among 'Bonnie and Clyde', 'The Wild Bunch', 'Dirty Harry' and 'Straw Dogs' in controversy. In 2010, TIME placed it at 9 on their list of Top 10 Most Ridiculously Violent Movies. WatchMojo called it the most controversial movie of all time.
filmbuilder's rating:

6.6
Austin Powers: The Spy Who Shagged Me (1999)
In the UK, the title was controversial. The word shag refers to sexual intercourse. 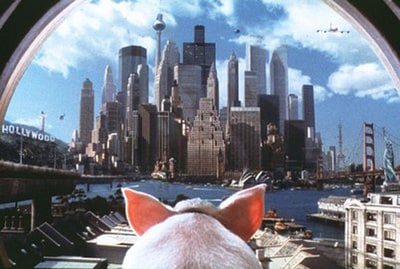 'Babe: Pig in the City' is a sequel to the acclaimed children's film 'Babe' which had a charming and light-hearted atmosphere. Despite this, 'Babe: Pig in the City' had an unexpected darker tone and contained more mature subject matter. Because of this, it was a box office bomb and received mixed reviews from critics, although Gene Siskel and Roger Ebert highly praised the film. However, over the years, the film became seen as a very underrated sequel.
filmbuilder's rating:

Two years before 'Borat' was released, it was surrounded with controversy. After the film's release, some cast members spoke against, and even sued, its creators. It was banned in all Arab countries except Lebanon, and the Russian government discouraged Russian cinemas from showing it. Many people who appeared in the movie assumed it was a documentary at first and didn't realise it was a mockumentary.
filmbuilder's rating: 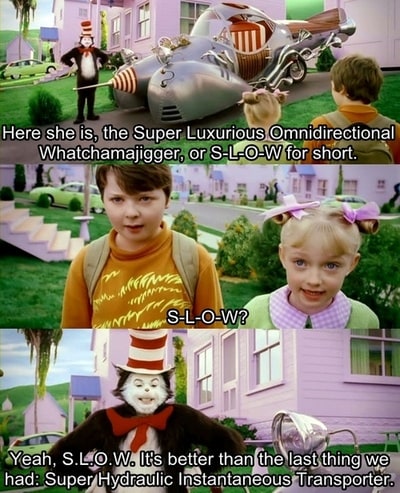 'The Cat in the Hat' was released in 2003 and caused controversy due to its adult-themed jokes. Jokes involving swear words, sexual intercourse and private part innuendos. Due to this Dr. Seuss's widow closed the curtains on anymore live-action adaptations of Dr. Seuss' work.
filmbuilder's rating:

Movies that have caused controversy mainly by offending or outraging audiences.

WARNING: This movie contains mature themes. View at your own risk!

My Perfect Portugese Beauties by irishblue

Actresses and their Movies! by Queen of Horror

Favorite actresses that grew up in the 90's by Smiler1

101 TV Shows You Must Watch Before You Die by moviebuff

SHE - Alina Kovalenko by retrogression

SHE - Daria Sidorchuk by retrogression

Hotties with Glasses by Brian G

Top 10 Artists Who Have Lost Their Mojo by Leo

When the BBFC and MPAA disagree by filmbuilder

Best Movie In Each Category by filmbuilder