Top 10 Pirates of the Caribbean characters 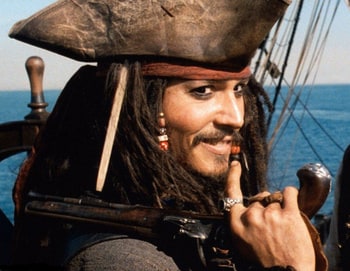 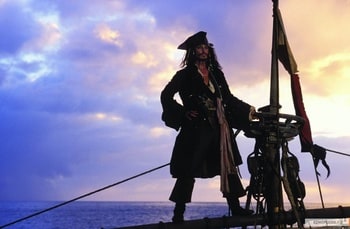 I don’t think this is a surprise. Jack Sparrow is the main character of the movies and by far the most popular character. Jack has a great sense of humour, good in combat and he makes the movies better. His entrance in the first movie is one of my favourite movie scenes. He also has a interesting background story, as former captain of The Black Pearl. His crew is loyal to him despite of his weird actions sometimes. Jack Sparrow is one of the most famous roles ever and I think that’s more than justified. 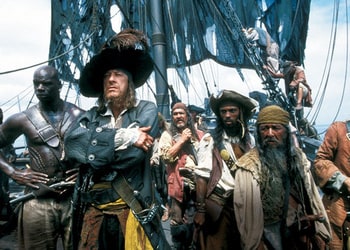 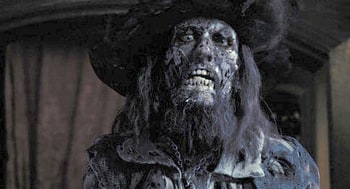 My favourite villain in the movies. He is the captain of The Black Pearl in the first movie and he is a very good badguy. He and his crew are cursed because of some treasury they had stolen once. When they are in the moonlight, they turn in some skeletal creatures and that looks really cool. In the next movies he has some kind of friendship with Jack and they are helping each other, but not for long because they’re still rivals. His creepy monkey is another cool thing. 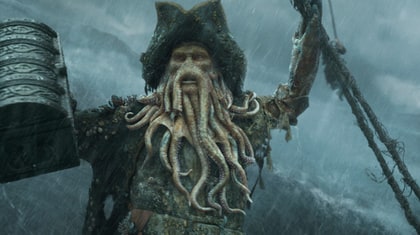 After Barbossa decided to help Jack, a new enemy appears. And this guy won’t be so kind to Jack. Davy Jones is the captain of The Flying Dutchman and his ship is extremely cool. His crewmembers look like fishes and marine mammals. He is a real charismatic leader and his looks are extremely cool. He has an interesting background story with his heart in a box and he has The Kraken. The only reason Barbossa is second and Jones is not, is because Barbossa has a good sense of humour. 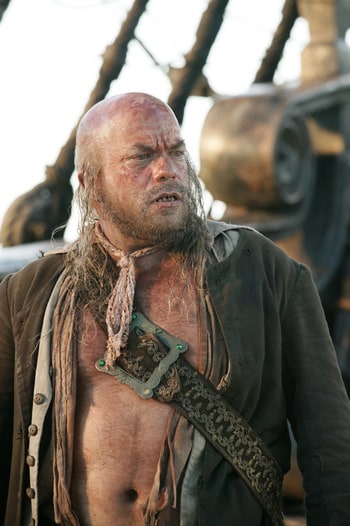 Pintel and Ragetti, everybody knows who they are. Together they end up in the most weird situations. I can remember something of At World’s End, when the ship capsizes and they tie themselves to a pole. I couldn’t stop laughing. The reason I like Pintel more than Ragetti is because his observations are brilliantly funny sometimes. 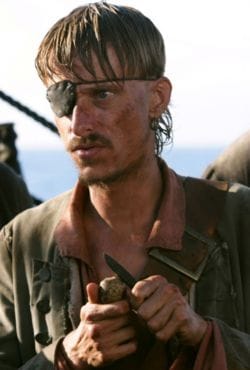 Pintel and Ragetti, everybody knows who they are. Together they end up in the most weird situations. I can remember something of At World’s End, when the ship capsizes and they tie themselves to a pole. I couldn’t stop laughing. Ragetti is known because of his eyeball. He loses it all the time and that gave us some hilarious situations. 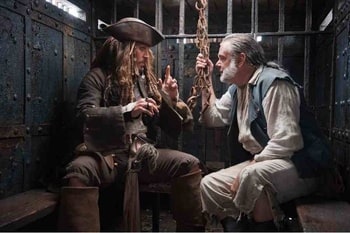 Gibbs is Jack’s most loyal friend. We see him drunk a lot, but he is a good person who actually seems to care for Jack. He is a good steersman and leads the crew if Jack is not nearby. He knows a lot of the sea and has some good stories to tell if anyone asks for it. 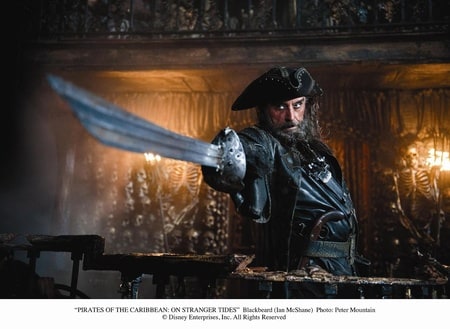 Blackbeard is the most recent villain in the movies. He is the captain of the ship Queen Anne’s Revenge. He can control is own ship so nobody can escape it. That’s pretty cool if you ask me. But let’s be honest, Barbossa and Davy Jones are way cooler villains then he is. At the end of On Stranger Tides he tries to sacrifice is own daughter to survive, that’s not cool.. 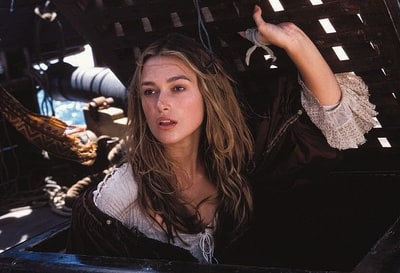 Elizabeth saves a young Will Turner in the first movie. That’s the start of an close relationship between the two of them. She leaves her safe daily routine behind her and decides to become a pirate. That’s a big turnaround if you ask me. She seems to be a good pirate (especially one who looks so good). In the later movies are relationship with Will becomes a bit annoying so that’s why I won’t give her a higher place. 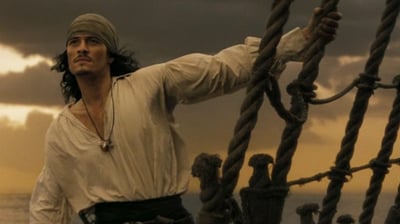 Elizabeth saves a young Will Turner in the first movie. That’s the start of an close relationship between the two of them. Will becomes a It turns out that he is a really good pirate, good in combat and a good navigator. He gets a love-hate relationship with Jack and together they save Elizabeth. In At Worlds End he has to say goodbye to Elizabeth because he is the new captain of Davy Jones his ship. I hope they will continue with that story sometimes. 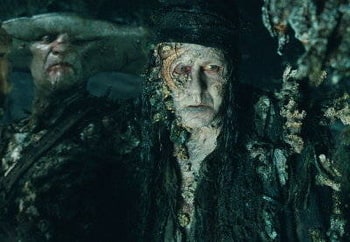 We don’t see Will’s father a lot but for me he is one of the most fascinating characters of the movies. We almost don’t know anything about him and he always appears suddenly. He is a member of Davy Jones his crew and you can see that, because is face has turned into some monstrous thing. He also has an interesting background story, since he has been a member of The Black Pearl once and a friend of Jack. But they threw him into the see and he became a member of Queen Anne’s Revenge. He is so cool because he is so mysterious and fascinating.

The Pirates movies have some colorful and funny characters. I will rank my 10 favorite characters.

Jedi of the Caribbean: Curse of a New Hope
34 item list by Seaworth
191 votes

The evolution of Peter Sarsgaard by johanlefourbe

The Evolution of Josh Hutcherson by Daniela

The Evolution of Joseph Gordon-Levitt by Bad☆Alice

The Evolution of Dira Paes (movies) by Nusch

A Complete Review of Joe Johnston's work by johanlefourbe

Scary the First Time by Lolly4Holly

My Favorite 007's in Order by The Doctor

90's The Movie Lists by redrobin

My 50 Favorite Movies of the 90's by Justinvdk

Most played Artist - My favorite songs by Justinvdk

Movies watched in 2012 by Justinvdk

The cast of Band of Brothers: The life after by Justinvdk

The evolution of Joel Edgerton by Justinvdk