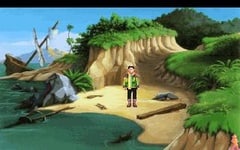 1992: The sixth installment of the King's Quest games, this is widely recognized as the high point of the series, with its in-depth plot, landmark 3D introduction movie, and professional voice acting. The last of the King's Quest titles to be released on floppy discs for DOS, a CD-Rom Windows version came out in 1993 with more voice acting, and more detailed animations and artwork.

This was a collaborative effort between series founder Roberta Williams and newcomer Jane Jensen, who would later go on to Gabriel Knight series fame.

1992: This remake of the first title in the Police Quest series, original coded in with AGI engine, brings our police hero Sonny Bonds into full 256-color VGA icon-driven glory, thanks to the SCI1.1 engine.
List-All's rating:

1992: This was the second part of the Dr. Brain series of educational puzzle games for kids aged 12 years and older.

1992: Following the footsteps of the VGA remakes of Police Quest 1, Leisure Suit Larry 1, and Space Quest 1, the Quest for Glory series had their first title remade by Sierra as well, bringing its gameplay and graphics in line with the soon-to-be-released Quest for Glory III.
List-All's rating:

0
Laura Bow in The Dagger of Amon Ra - PC Games

1992: The second and final installment in the Laura Bow Mysteries adventure games, the first of which was The Colonel's Bequest. The sequel, unlike the first game, was not written or created by Roberta Williams; it was the work of Bruce Balfour.

1992: The third part of the Quest for Glory adventure/RPG game series brings the continuation of the quest to Serengti-like plains. Many die-hard fans of the series weren't too pleased with the icon-drive interface, saying it felt too restrictive compared to the text parser of the first two titles.
List-All's rating:

1992: First making its appearance in 1991 on floppy dics and coded with SCI1, this enhanced CD-Rom edition was updated with SCI1.1 to include full speech support and funny narration by comic Gary Owens.

Part of the Space Quest series.

1993: In the sequel to EcoQuest, Adam explores the tropical rainforest in search of a cure of a disease afflicting the local natives, and a way to save the rainforest from destruction.

0
Leisure Suit Larry: Shape Up or Slip Out! - PC Games

1993: Coded in SCI1.1, the fifth title of the Leisure Suit Larry series of adult-themed games starts with Larry winning a trip to a luxurious resort spa.
List-All's rating:

1993: Unique release in the Space Quest series in that its a near total parody of the Star Trek universe, Roger's new ship has a command bridge and several officers to whom he gives orders to. It was the first game in the series not to be designed by 'The Two Guys from Andromeda', as only Mark Crowe worked on this project. 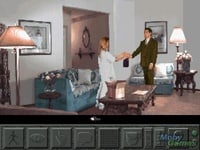 0
The Beast Within: A Gabriel Knight Mystery - PC Games 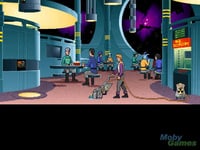 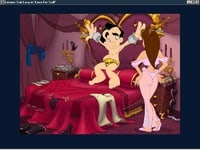 0
Lighthouse: The Dark Being - PC Games

0
Shivers Two: Harvest of Souls - PC Games
Sierra's Creative Interpreter (SCI) is the scripting language created by Jeff Stephenson of Sierra On-Line for its adventure games after the older AGI. While AGI was a procedural language, SCI is completely object-oriented.

SCI1.1: Apart from considerable internal changes, there now was added support for animated movie sequences (first used in King's Quest VI) as well as scaling sprites (characters would become smaller as they walk into the distance, giving a pseudo-3D effect). Also, 16-color packages were no longer available.

SCI2 & SCI3: Both these versions were sometimes called SCI32, in reference to them running in 32-bit mode is the DOS4G extender or using Windows 3.1 Enhanced mode. Most notable is the support of high-resolution 640x480 graphics, as well as better movie support. The last version, SCI3, added native Windows 95 support.

Jak and Daxter series by Sandrick

After Burner series by List-All