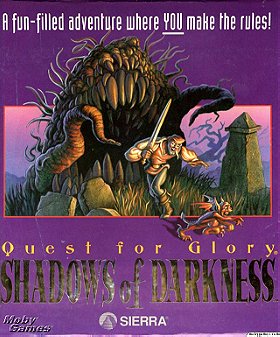 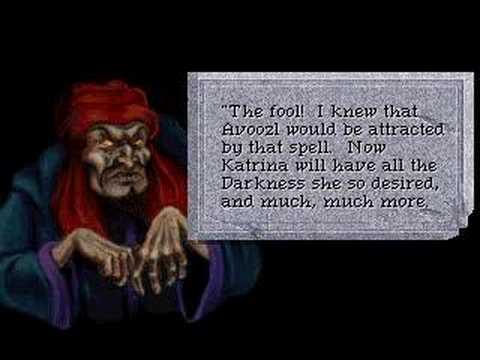 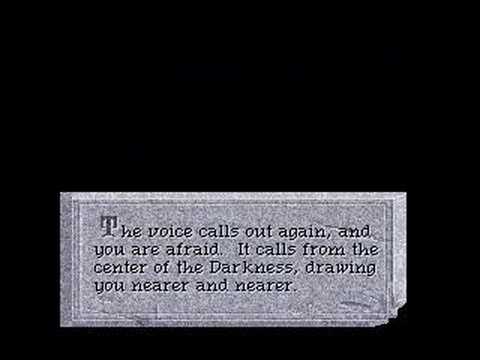 Quest for Glory IV - The Dreams

View all Quest for Glory: Shadows of Darkness videos

Drawn without warning from victory in Tarna, the Hero arrives without equipment or explanation in the middle of the hazardous Dark Caves in the distant land of Mordavia. Upon escaping from the closing cave mouth, he meets a mysterious young woman named Katrina who assists him again several times in his journey. He encounters several old foes, including the not-quite-dead Ad Avis and the ogress Baba Yaga, and makes several bizarre new allies. The Hero is ultimately coerced into assisting Ad Avis' Dark Master in collecting the Dark Rituals that will awaken Avoozl the Dark One (an obvious Cthulhu pastiche, and most likely a reference to the Slavic deity Chernobog) from his slumber underneath the Dark Caves. Naturally, the Hero is freed from this control and thwarts their plan, destroying Ad Avis in the process. During the celebration of the Hero's somewhat pyrrhic victory, the wizard Erasmus appears, summoning the Hero to the land of Silmaria. ... (more) (less)
Manufacturer: Sierra Online, Inc.
Release date: 30 November 1993
EAN: 0787659002097 UPC: 787659002097
Tags: Adventure (4), RPG (3), Point And Click (2), GOG (2), Magic (1), Fairy Tale (1), Sequel (1), Thief (1), Role-playing (1), Swordplay (1), Sierra (1), Quest For Glory (1), Slavic (1), Point & Click (1)
My tags: