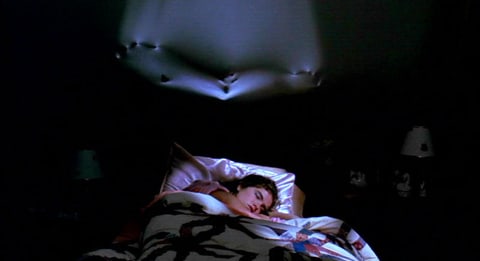 I credit this movie as being the movie that got me into horror movies. It scared the crap out of me when I saw it as a kid (couldn't have been more than 10 years old), but I loved it for that forever after.

The atmosphere is probably my favourite aspect of this movie. The combination of solid cinematography, by Jacques Haitkin (also worked on The Hidden, and Galaxy of Terror, among other films) and Charles Bernstein's (who is a very versatile composer - just check out his filmography, and listen to his soundtracks) fantastic synth score makes for some eerie moments, especially during the dream sequences. I think this is a case where a soundtrack fits a movie like a glove (pun totally intended).

I also like that Freddy isn't the total joker he is in most of the subsequent sequels. He is more of a creepy pervert in this one, which is how he should be. It's never explicitly said in the film (probably so as to not offend people), but it is certainly implied that Freddy is a pedophile, in addition to him being a serial killer. They only refer to him as a "child killer" in the movie. This is definitely Wes Craven's magnum opus. 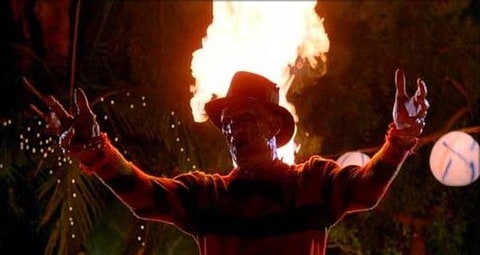 This sequel is underrated. I think most people were just thrown off by there suddenly being a male lead (which is unusual for the slasher genre), and him being, fairly obviously, gay. This movie definitely has some gay undertones (though the director claims not to have noticed when making it), but, if anything, I think that just serves to make this movie stand out in a sea of other slasher films. It certainly shouldn't be a detriment to the movie, and isn't as far as I'm concerned.

Wes Craven has been replaced by Jack Sholder as director on this one (Sholder also directed The Hidden, and Alone in the Dark), but he does a good job here, and retains a fair amount of the atmosphere of the first film, whilst giving it his own touches as well. Charles Bernstein has also been replaced, by Christopher Young (also did the score for Hellraiser, among many other films), but luckily he does a great score for the movie. Jacques Haitkin is still around for this one though, and lends his visual style to this movie, with a number of memorable shots (such as the one above).

Freddy also retains some of his creep factor here, but trades a lot of it in for more menace. 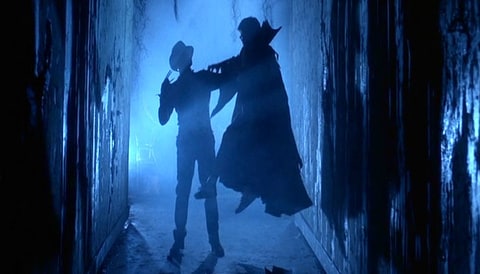 The beginning of what I like to call the "MTV era Nightmares". This is a much "hipper" Nightmare on Elm Street, with it's theme song, by hair metal band Dokken. The atmosphere of the first two films is almost entirely gone by now.

Much like what happened with the two other slasher icons, Jason Voorhees (Friday the 13th), and Michael Myers (Halloween), Freddy had become an anti-hero. People just wanted to see in what creative way he was going to murder his next victim, and what sort of wisecracks he would have for the occasion. Admittedly though, there are some memorable kills in this (strange thing to say, I know). Not surprisingly, this installment seems to be most people's favourite. 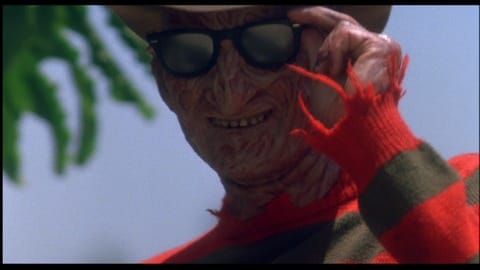 With Dream Warriors, MTV's influence had only just begun to creep into the series, but The Dream Master fully embraces MTV. Freddy even hosted his own little special on MTV, to promote this movie, called "The Freddy Krueger Special" (how original), and at one point Joey is even watching MTV in bed (which they make blatantly clear). Not to mention the fact that Kristen is played by Tuesday Knight (her parents must have hated her, giving her a name like that) in this one, who was a wannabe pop star at the time. She even sings the awful opening theme for this movie.

Freddy, and the ANOES franchise had sold their souls to MTV, and I think this movie suffers a bit because of that. They even manage to slip some pop songs into the soundtrack. The rest of the score, by Craig Safan, is mediocre at best. I will admit though, that one "good" thing came out of this soundtrack. And that is this song/video from the Fat Boys.

Overall this installment comes off as mostly ridiculous. Though I will admit that, when I was younger, the scene where Freddy breaks Debbie Stevens's arms, and turns her into a cockroach, kind of freaked / grossed me out. 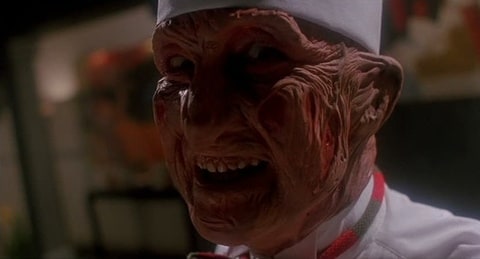 A slightly more "gothic" take on the ANOES franchise (at least toward the end of the movie), that I've always felt was probably, overall, one of the weakest films in the series, despite a few memorable dream deaths. This is also where Freddy's "bastard son of 1000 maniacs" bit of backstory originates.

The movie gets off to a bad start, with title music that feels slightly out of place, reminding me almost of carnival music at times, and that carries over into the rest of the score as well. Probably the weakest score of the franchise, but at least it's not loaded with pop music, like The Dream Master. This sequel takes a much needed step back from the diseased clutches of MTV. Unfortunately it takes a step back in the wrong direction, and tumbles down some stairs.

That being said, The Dream Child does have a couple memorable death dreams, such as Dan's motorcycle dream, and Greta's face stuffing sequence, where there is some very brief stop motion that I always thought was neat (I'm a sucker for stuff like that). And I have to say they picked a right creepy kid to play Alice's son/Freddy's hellspawn.

The icing on the cake is the bitchin' tune during the end credits, by Kool Moe Dee, which is actually an LL Cool J diss track. 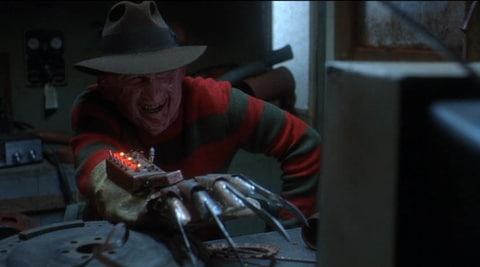 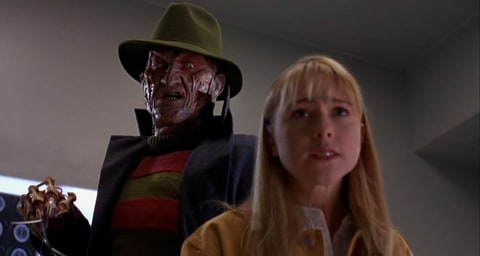 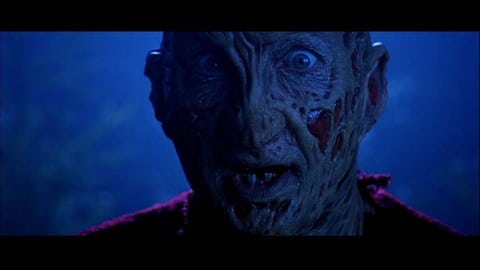 A work in progress. My thoughts may change/expand.

My brief thoughts on the ANOES franchise, from 1984 to 2010. I will attempt to (briefly) explain what I like, and / or don't like about each film in the series.

Personal best of 2010 by drugs

Movies that made me cry (or touched me) by Nugget

Misery Fest: Movies that leave you depressed by Joseph Grey