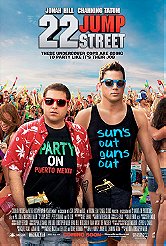 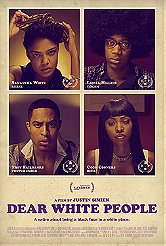 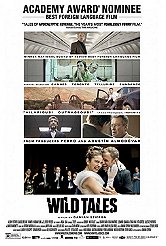 I was very much "absent" from Listal throughout 2014, because well, life just goes on sometimes, though obviously not enough to stop engaging in the always personally fun task of making year-end top 10 lists. But I wonder if my absence also had to do with the fact that this was simply one of the weakest years for cinema in a very long time. However, for what it's worth, here's what entertained/moved me the most this year. 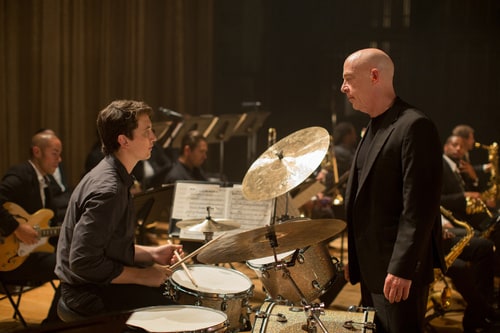 Things get so extreme and vicious at times in Whiplash that it's impossible for one to think that the movie is based on any sort of reality. But the movie's so chilling, the performances so terrific, the sound editing so perfect, and the final scene so wonderfully executed, that in a year like 2014, it easily squeezes into the list.
lotr23's rating:

This superbly witty and entertaining animated movie has stayed with me throughout the year. In a year that was so lacking in quality cinema, the fact that Chris Miller and Phil Lord made two of the best comedies of the year is not a feat to be ignored. The script is pure gold.
lotr23's rating: 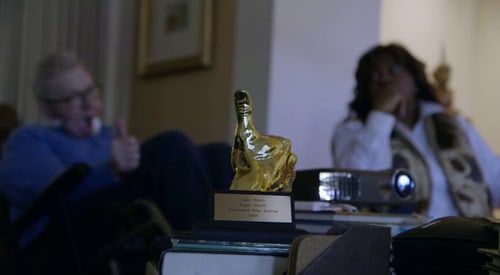 Admittedly a sentimental favorite, though I suspect I'm not the only person whose passion for movies and propensity to look at them with a critical eye was driven in some way by reading Roger Ebert's writings on movies. The movie focuses more on the man's personal life than on his influence on cinema, but it's a stirring portrayal nonetheless and very much worth seeing.
lotr23's rating: 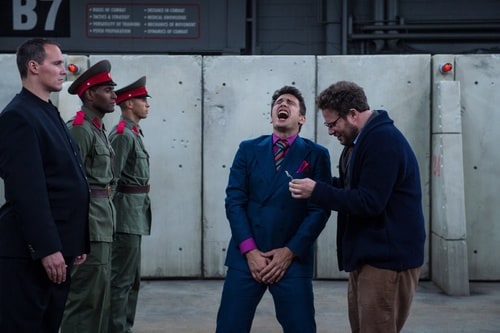 It's too bad that the rampant controversy over this movie led to such extreme expectations. More importantly, it's too bad that the controversy made people expect a subversive movie. There's nothing subversive about The Interview. It's just a dopey comedy. But for my money, it's dopey comedy done well, and I can't imagine a better way to have spent Christmas day. This isn't nearly as good as the other fare these guys have made (i.e. Pineapple Express and This is the End), but in the wasteland that was 2014, this earns an easy spot on my list. Like I always say, it's easy to pick your favorite comedy of any year: it's the one that made you laugh most. Lord and Miller's two films may have been smarter, but since this managed to tickle my funny bone more frequently, it earns a higher spot. Watch it without expectations of any kind.
lotr23's rating: 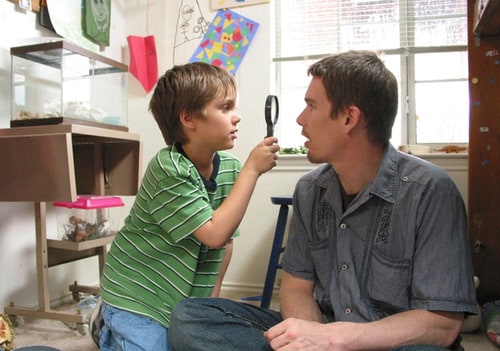 Two years ago, I would've placed Boyhood at the top of my list without batting an eye, and I would've given it a 9 or a 10-star rating. Things have changed. I used to live vicariously through movies like this, because, frankly, I would emotionally feed off of them. Now that that's no longer the case, I'm starting to grow more towards appreciating cinema exclusively for what it can achieve as an art/entertainment medium, which is what we're supposed to do, instead of using it to satisfy other emotional needs. With all that said, I can't deny that this is a deeply moving, remarkable film and that the nearly three hours flew by and ended on what I thought was a marvelous note.
lotr23's rating: 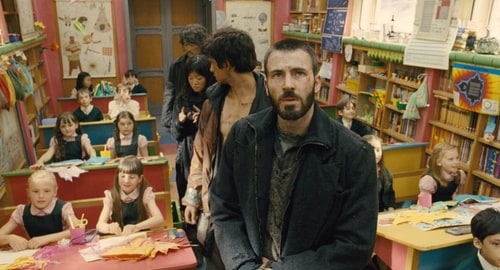 The poster and synopsis will make anyone think that this is just another in the long line of grim, post-apocalyptic action movies that get released every year. Not so. Snowpiercer's unconventional fight/action sequences, its arresting visuals and its extremely well-developed characters set it apart and make it one of the most purely entertaining experiences I had seeing a movie this year. The fact that, in the process, it imparts some biting commentary on social class structures, with Tilda Swinton as the deliciously hateful villain, only makes it even better.
lotr23's rating:

7.7
Birdman or (The Unexpected Virtue of Ignorance)... 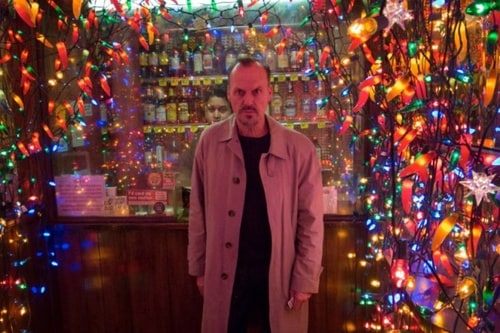 Hands down, the most engrossing experience I had in a theater this year. My eyes were glued to the screen during the entirety of Birdman. Never has a movie that takes place almost entirely in one location been so mesmerizing, so fun to follow, so "Oh my God, what's gonna happen next?!". Yes, it's pretentious, but that's hardly important when the talent on display is of such high caliber. Without a doubt, the best and most innovative American cinematic achievement of the year.
lotr23's rating: 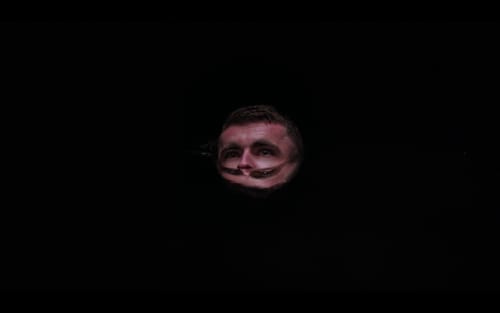 Perhaps it says something about how weak 2014 was that two of the movies in the upper tier of my list were movies that I actually saw in 2013, prior to their release, when I attended the Toronto International Film Festival. The first of these is the chilling, inscrutable, unclassifiable Under the Skin. I saw it in September 2013, yet when I saw the movie in theaters again eight months later, the score was still seared into my head. That's how unforgettable it is. One may not know what Under the Skin is trying to achieve, but this is so different and so very much its own animal, that it hardly matters.
lotr23's rating: 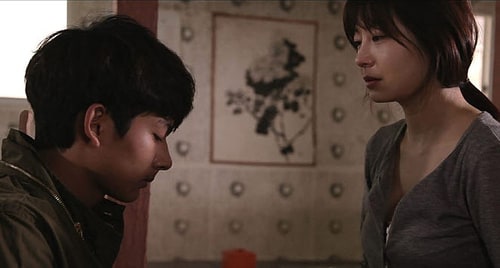 This film totally riveted me when I first saw it in Toronto. I recently rewatched it over the Christmas holidays (that is, over a year after my first viewing), and I readily admit that a lot of the film's greatness has to do with its ability to shock on first viewing. (And this time, I remembered enough to cover my eyes when I knew something I didn't want to see was coming.). Notwithstanding, this remains a daring, powerful, delightfully dark movie whose ability to convey so much without having a single line of dialogue deserves to be celebrated. Its twisted look at familial and sexual dynamics and all of the gray lines between them makes this a fascinating work for anyone who, like me, enjoys movies that delve into the realm of the psychologically macabre.
lotr23's rating: 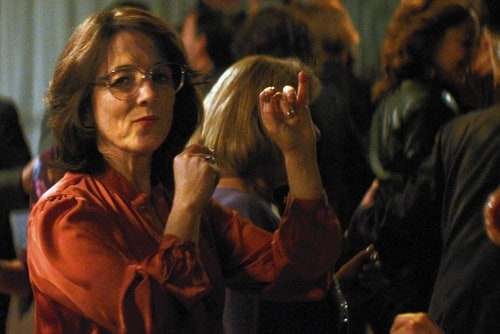 As is so often the case with my top 10 lists, my favorite movie of the year is one that is neither entirely uplifting nor entirely grim, but that manages to strike a balance between both extremes. It's the movie that manages to both entertain me the most and that also achieves the widest range of emotions. This year it's the Chilean production Gloria. If you haven't heard of it, it's about a middle-aged woman who's trying to reboot her life, but it'll resonate with anyone who's ever questioned and/or changed their minds about what does or what doesn't make them happy and who's ever gone to weird and/or unexpected places to find fulfillment. The movie's a celebration of life that's still mostly draped in melancholy, and Paulina Garcia's is the best performance I saw this year. In a year devoid of great movies, that makes it a very easy pick for my #1 spot.
lotr23's rating:

The Criterion Collection on Netflix Instant Queue by cintamani

Best movies of 1987 by the giraffe

Drugs' Lists About TV by drugs

Best movies of 1981 by the giraffe

Best albums of 2010 by the giraffe

Most Anticipated Films of 2013 by lotr23