0
Alicia Vikander
Alicia Vikander may have been the "It Girl" of 2015. The Swedish actress gave outstanding performances in "Ex Machina," "Burnt" and "The Danish Girl" and the award nominations came pouring in, including an Oscar nom. She also seemed to be on every magazine cover and talk show in the world. She has four more starring roles on the way, including the next Matt Damon Jason Bourne film. By the end of next year, we will likely never remember what life was like before Alicia Vikander came along. 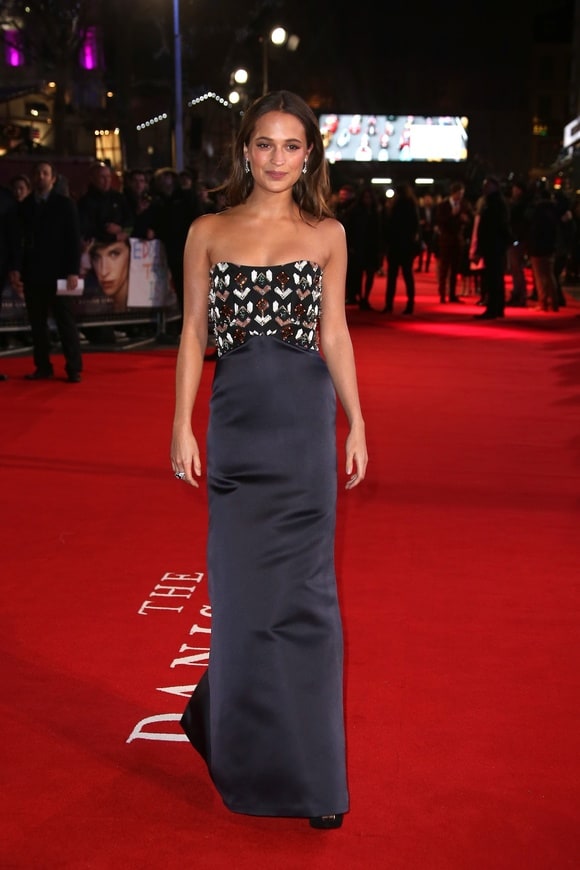 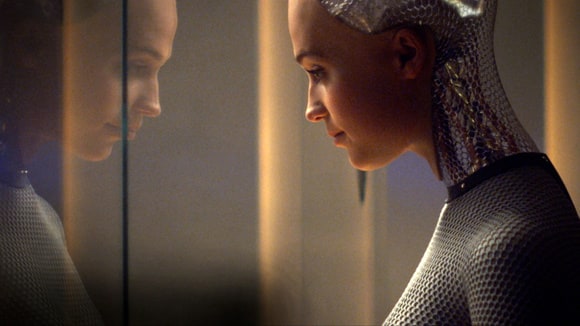 0
Brie Larson
Brie Larson is a former child actress who was mostly known for playing supporting roles in various TV and film projects. She finally graduated to leading-lady status in 2015 with her stunning performance in "Room," portraying a mother suffering unimaginable horrors alongside her kidnapped child. Plenty of award nominations followed and Larson is now the female lead in two movies coming out in 2016. It was recently announced that Larson would also be the leading lady in "The Glass Castle" alongside Woody Harrelson. No more supporting roles for you, Brie. You are now a topline star. 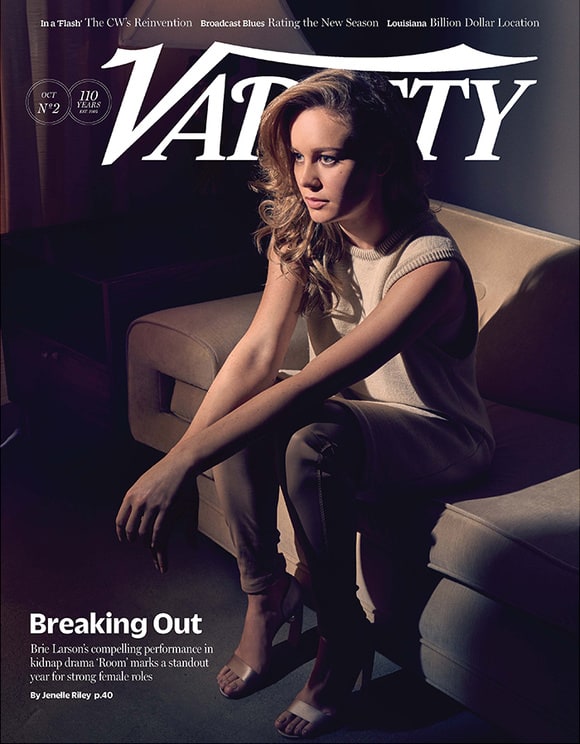 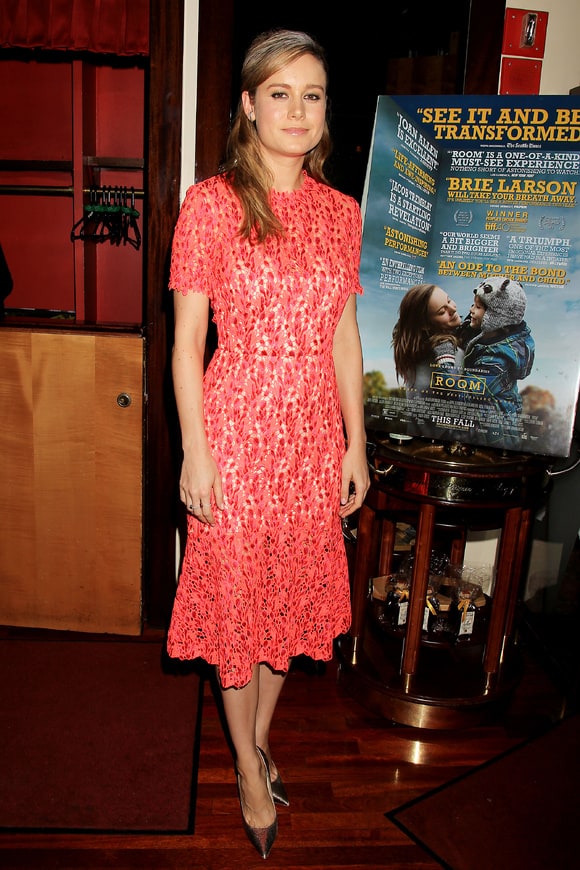 0
Daisy Ridley
Most people outside of Daisy Ridley's family had never heard of the young, English actress when she was cast as the female lead in "Star Wars: The Force Awakens." But that's all changed now and Ridley is sure to become one of the biggest movie stars in the world. Plus, she's hilarious, blunt and loves profanity. So she's like the English Jennifer Lawrence. 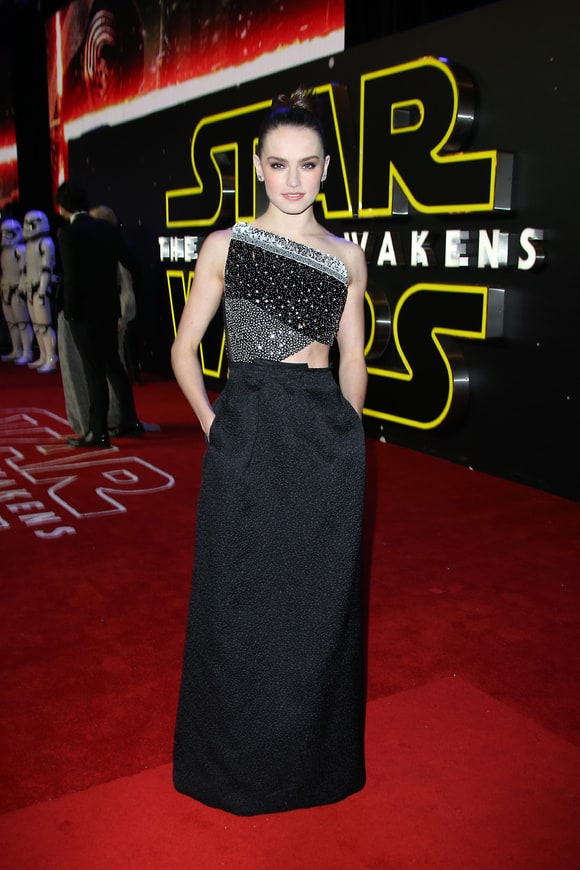 0
Gina Rodriguez
Critics loved Gina Rodriguez when her show "Jane the Virgin" debuted in the Fall of 2014. But she didn't hit the big time until she snagged the Golden Globe for Best Actress in a Comedy Series in January, 2015, beating out such heavyweights as Julia Louis-Dreyfus and Edie Falco. Rodriguez then got the lead female role in the upcoming movie "Deepwater Horizon" and is one of the finalist for a major role in "Star Wars: Episode VIII." (It should be noted that Rodriguez was the only actress on that short list to attend the Hollywood premiere of "Star Wars: The Force Awakens." She also gave a shout-out to "my friend John Boyega" on twitter. So stick that in your rumor mill and shake it.) And in December, she got her second Golden Globe nomination for her work on "Jane the Virgin." 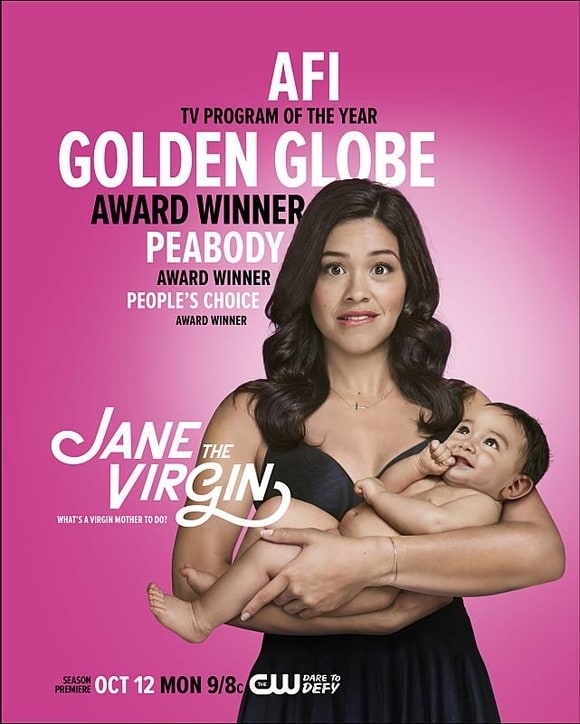 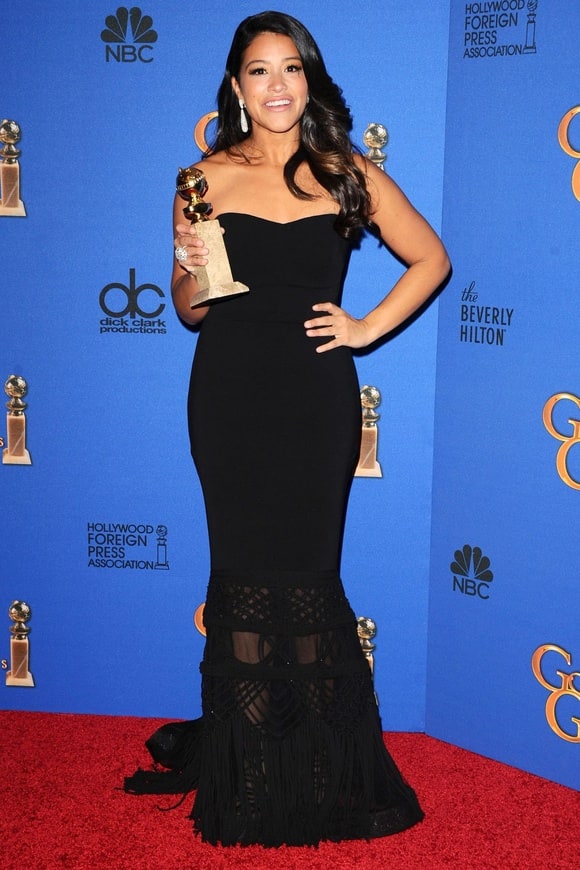 0
Krysten Ritter
People had taken note of Krysten Ritter's great acting skills during her turn on "Breaking Bad" and the short-lived sit-com "Don't Trust the B---- in Apt. 23." But 2015 was Ritter's breakout year as she portrayed the title character in the Netflix original, "Jessica Jones." Her take on one of the most complex characters to come down the 'pike in many-a-year is so great, that you can't name one other actress who would be better in the role. Krysten Ritter, your time has come. 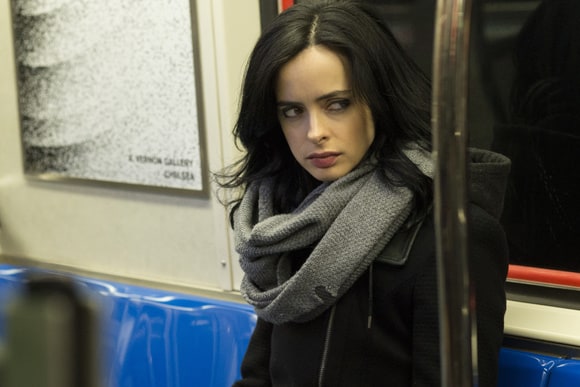 0
Melissa Benoist
Television is filled with shows about male superheroes, but a female superhero hadn't been seen on TV since Lynda Carter's "Wonder Woman" in the late 1970s. Enter Supergirl. The CBS series needed an actress with real screen presence and star power. Melissa Benoist fit the bill perfectly. She embodied the toughness, goodness and hopefulness of Kara Zo-El effortlessly, and was totally (mostly?) embraced by comic book fans who have a reputation for screaming foul about every casting choice. 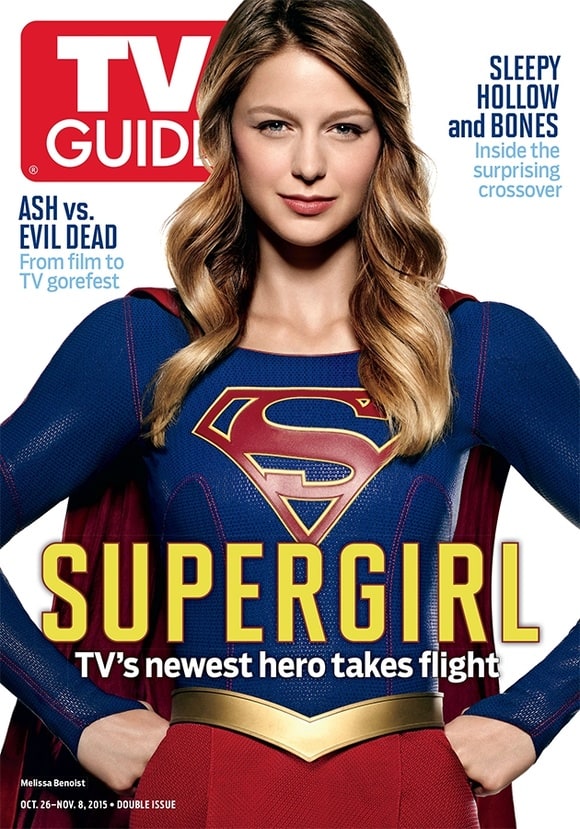 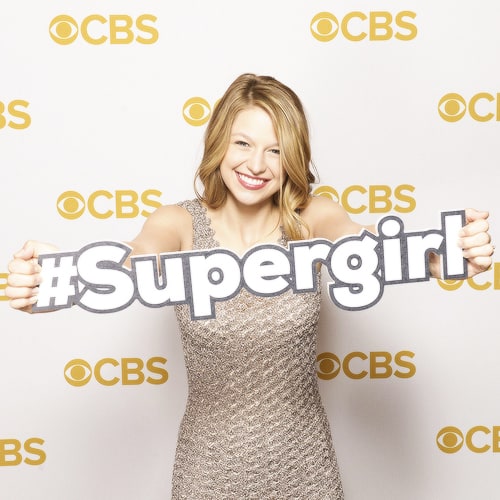 0
Priyanka Chopra
Priyanka Chopra was already one of Bollywood's biggest stars. But she decided to set her sights on America and signed an exclusive deal with ABC Television Studios. They gave her a stack of scripts for prospective pilots and told her to take her pick. She chose "Quantico" and American audiences embraced her as the lead of one of the top-rated new shows of the season. She also broke barriers by becoming the first Indian actress to lead an American network show. Priyanka voiced the snake character, Kaa in the live-action Jungle Book film and has also been cast in the upcoming 'Baywatch' movie. 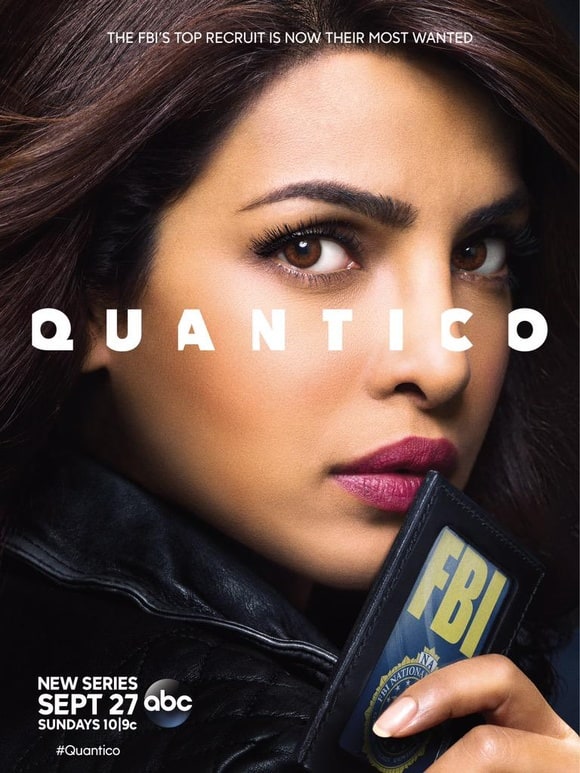 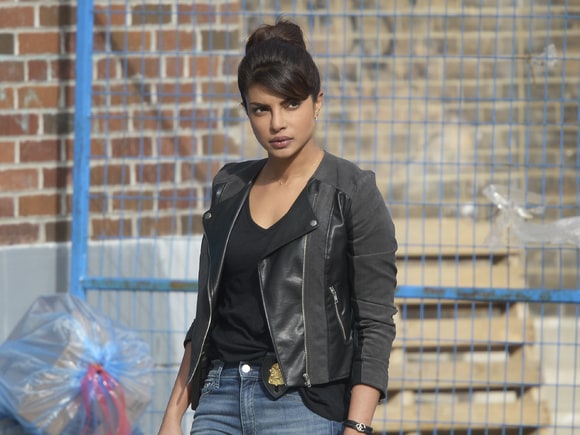 0
Ruby Rose
The Australian invasion of American TV continued in 2015 when Aussie DJ/musician/model/MTV VJ/actress Ruby Rose checked-in to Litchfield Correctional Facility on Season 3 of the Netflix hit, "Orange is the New Black." Viewers immediately went crazy for Rose. Men wanted to marry her. Straight women vowed to turn lesbian on the spot if Ruby would have them. Ruby Rose was now a big star in America. The media couldn't stop writing about her personal life, but Rose shrugged it off. She now has three movies in the pipeline including the sequel to John Wick and Resident Evil: The Final Chapter. 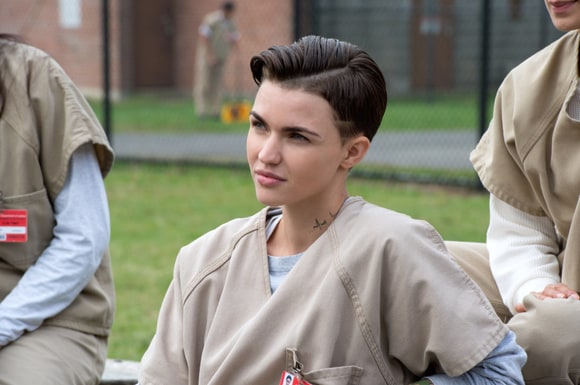 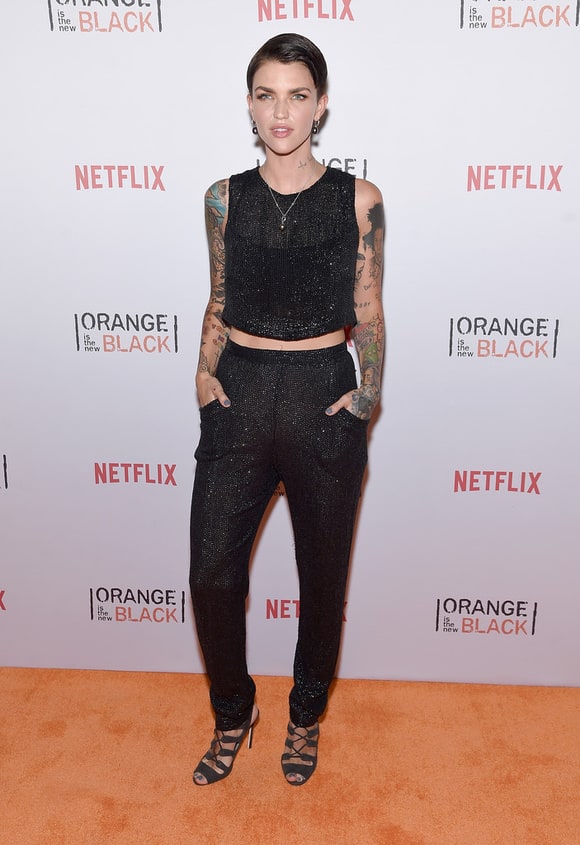 0
Taylor Marie Hill
When Victoria's Secret announced in April 2015 that they had signed 10 new Angels, it was anyone's guess who would breakout of that group. After her star-making turn in the 2015 VS Fashion Show, there is no more guessing: Taylor Hill is the breakout VS Angel. In other runway news, Taylor walked in a whopping 20 shows in Fall Fashion Week. She was on Instagram for 26 months when, in August 2015, she reached 1 million followers. It took her less than four months to get her next million. At only 19-years-of-age, Taylor is set to become America's next big supermodel. 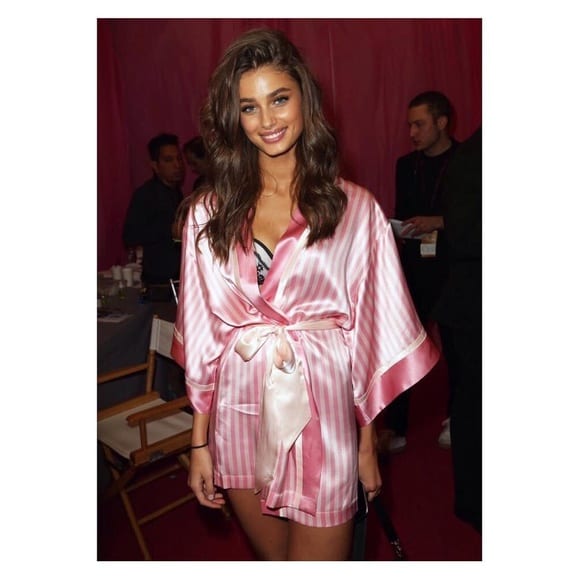 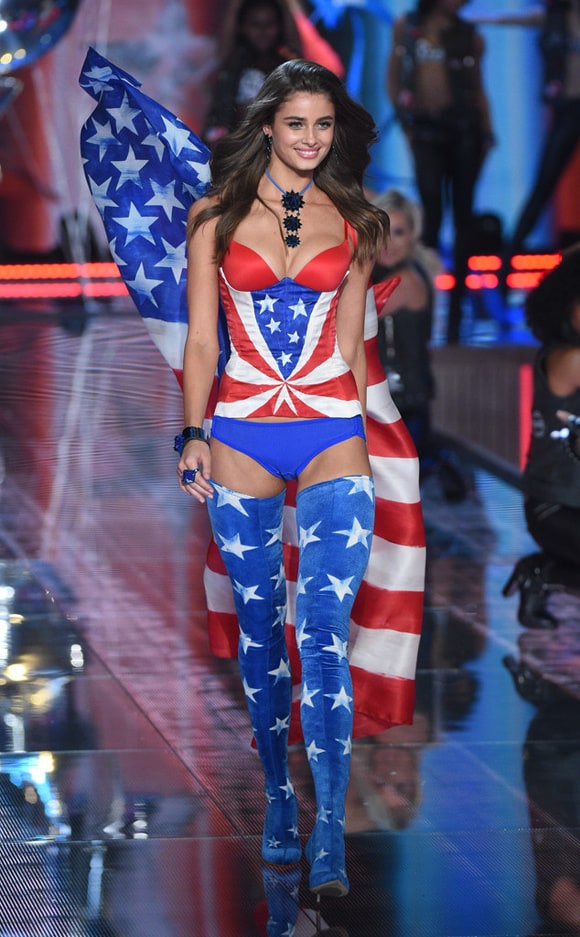 0
Tori Kelly
Tori Kelly is an anomaly among pop singers in that she doesn't use autotune because, well, she can actually sing. She somehow got rejected by American Idol in 2010 before she started uploading videos to YouTube. She eventually signed a major label record deal and in 2015, her debut album, "Unbreakable Smile," entered the Billboard album charts at #2. It also hit the Top 10 in Canada, Australia and New Zealand. Numerous TV performances including the MTV VMAs and the BET Awards made everyone sit up and take notice of her immense vocal talent. Tori also starred in a Pepsi commercial that aired almost nonstop. She topped the year off with a Best New Artist Grammy nomination and a win as Billboard's Breakthrough Artist of 2015. 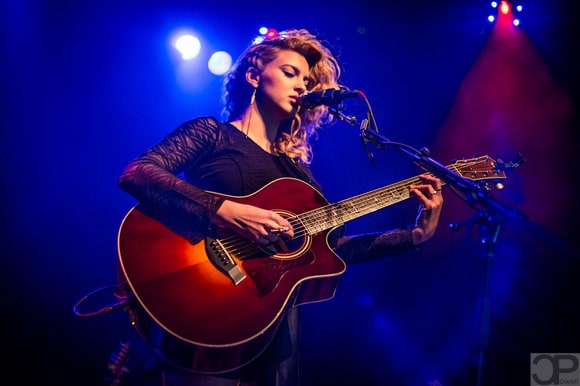 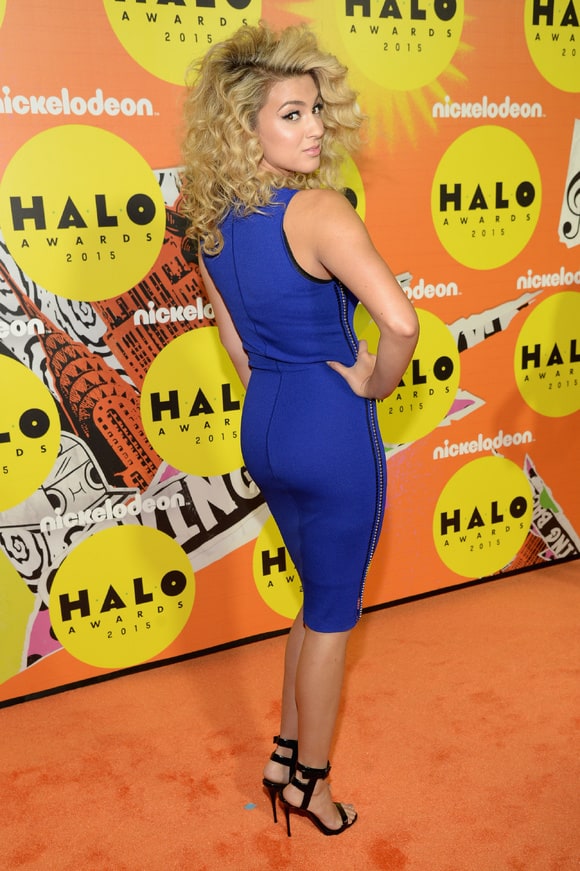 The Top 10 women who broke out from the glut of entertainment celebrities and cemented their star status in 2015.

A bit of editing by reallly

Can Look At Your Face For Days. by CarrieLove

TV Shows watching in 2016 by redrobin

The Age of Saoirse Ronan by Rodimus

The Age of Sarah Bolger by Rodimus

The Age of Sophie Turner by Rodimus

The Age of Cobie Smulders by Rodimus

May Birthdays by perod

Babes of AMC network 2016 by EatMorePez

TV Guide Ranks Every CW Show Ever by EatMorePez