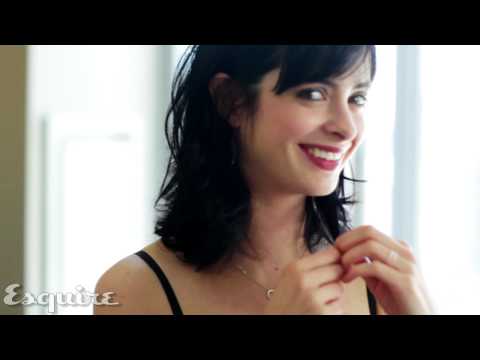 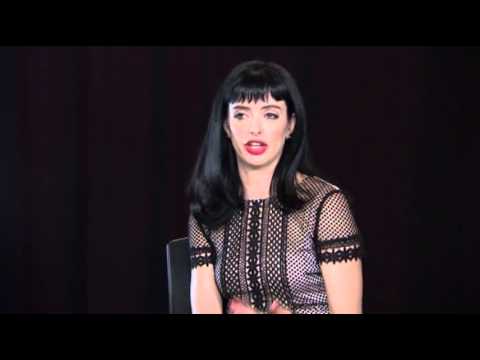 Krysten Ritter Enjoys Playing 'The B' on TV 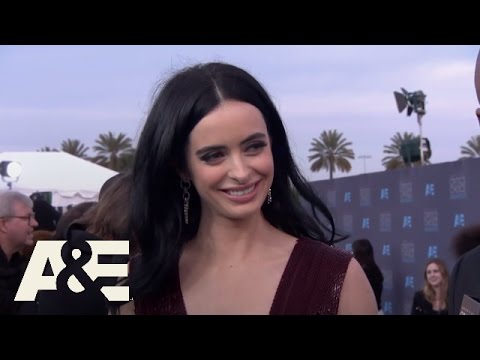 Growing up in a small-town farm in rural Pennsylvania, Ritter started her career in front of the camera as a model at 15-years-old. Her body of work has subsequently spanned film, television, theatre, writing, producing, music, and fashion design.

In 2012, Ritter launched her production company Silent Machine where she juggles many projects in various stages of development, always with the objective of highlighting complex female protagonists.

Ritter and her dog Mikey split their time between New York and Los Angeles.

With her model looks and quirky style, actress Krysten Ritter is fostering an impressive body of work that encompasses both film and television. Ritter starred alongside Jay Baruchel and Alice Eve in Dreamworks' comedy She's Out of My League. She played "Patty," the audacious and frank best friend and business partner of "Molly," (Eve). She also starred as "Suze" in the Disney/Jerry Bruckheimer film Confessions of a Shopaholic opposite Isla Fisher. Among her other film credits are the studio features What Happens in Vegas with Ashton Kutcher and 27 Dresses with Katherine Heigl, as well as the independent features How to Make Love to a Woman, The Last International Playboy, which premiered at the 2008 Slamdance and GenArt Film Festivals, and Buzzkill. Ritter also completed the lead in Paramount's Killing Bono, with Ben Barnes. She also shot Amy Heckerling's comedy Vamps, in which she stars with Alicia Silverstone. In Television she is most known for her role as Aaron Paul's girlfriend "Jane" in Season 2 of the hit show Breaking Bad. She is also well known from her leading role on the Starz series Gravity and recurring roles on Gilmore Girls and Veronica Mars. Ritter is also responsible for the indie-comedy BFF & Baby, which she co-wrote with director Kat Coiro. She is a member of the band Ex-Vivian and splits her time between NY and LA. ... (more) (less)
Tags: Actress (26), American (16), Brunette (14), Beautiful (14), Female (8), Hot (6), Born 1981 (6), Gorgeous (5), Cute (5), Model (5), Stunning (5), Stunner (4), Pale (4), Goth (4), Breathtaking (3), Breaking Bad (3), Pretty (2), 1981 (2), Gossip Girl (2)
My tags:

4. Confessions of a Shopaholic

2. The Road to El Camino: A Breaking Bad Movie

2. The Girl in the Woods

1. The Girl in the Woods

lovedriver voted for an image 2 days, 2 hours ago

lovedriver voted for 2 images 1 month ago

Henrike voted for 6 images [View All] 1 month ago

onclelapin voted for 15 images [View All] 1 month, 3 weeks ago

Szamis voted for an image 1 month, 4 weeks ago

Squeak voted for an image 2 months ago

Maudea96 added this to a list 2 months, 1 week ago

psow voted for 7 images [View All] 3 months ago

ROADKILL41 voted for 5 images 4 months ago

lovedriver voted for an image 4 months, 2 weeks ago

trandoshan voted for an image 4 months, 3 weeks ago

RevelationEques posted a image 5 months ago

pdw55 voted for an image 5 months ago