0
Dalton Trumbo
James Dalton Trumbo (December 9, 1905 – September 10, 1976) was an American screenwriter and novelist.
As one of the Hollywood Ten, he refused to testify before the House Un-American Activities Committee (HUAC) in 1947 during the committee's investigation of Communist influences in the motion picture industry. Trumbo won two Academy Awards while blacklisted; one was originally given to a front writer, and one was awarded to Robert Rich, Trumbo's pseudonym. 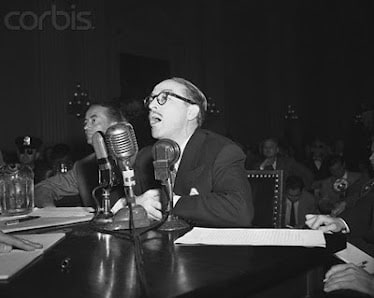 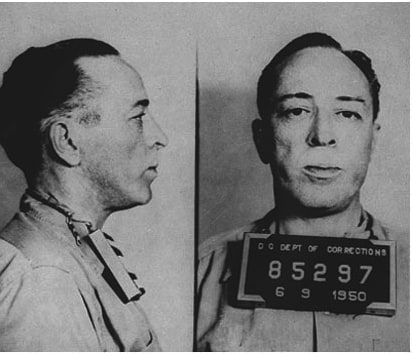 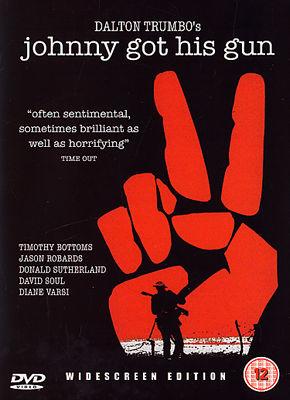 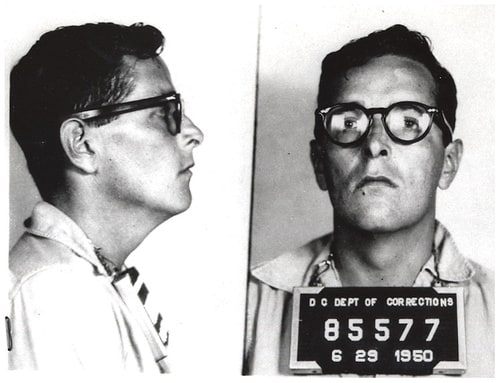 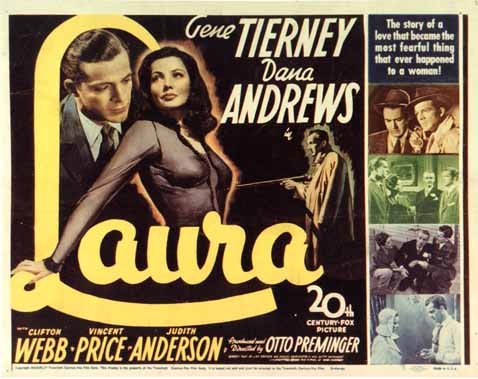 Herbert J. Biberman (March 4, 1900 – June 30, 1971), was an American screenwriter and film director. He may be best known for having been one of the Hollywood Ten as well as directing Salt of the Earth, a 1954 film about a zinc miners' strike in Grant County, New Mexico. 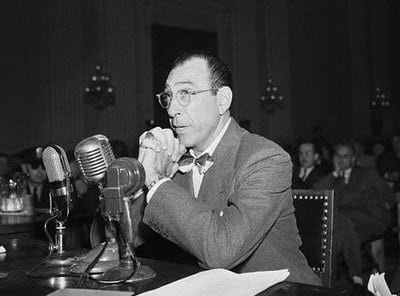 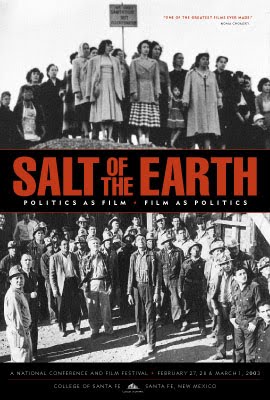 0
Alvah Bessie
Alvah Cecil Bessie (June 4, 1904 – July 21, 1985) was an American novelist, journalist and screenwriter who was imprisoned for ten months and blacklisted by the movie studio bosses for being one of the group known as the Hollywood Ten.
No stranger to soldiering, through 1938 Bessie fought as a volunteer in the Abraham Lincoln Brigade of the International Brigades during the Spanish Civil War. Upon his return, he wrote a book about his experiences, Men in Battle. About the book, Ernest Hemingway commented:
A true, honest, fine book. Bessie writes truly and finely of all that he could see ... and he saw enough. 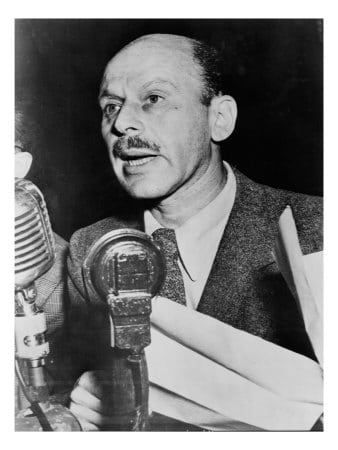 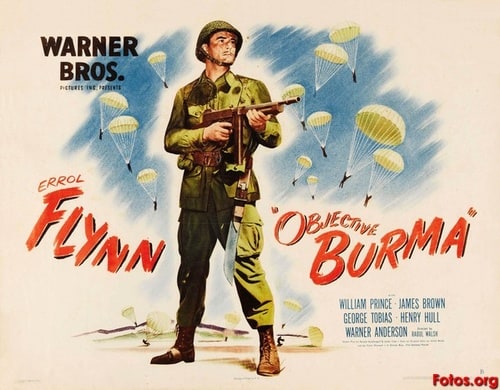 Albert Maltz (October 28, 1908 – April 26, 1985) was an American author and screenwriter.
Maltz appeared before the HUAC on 28th October, 1947, but like Alvah Bessie, Herbert Biberman, John Howard Lawson, Adrian Scott, Dalton Trumbo, Lester Cole, Edward Dmytryk, Samuel Ornitz and Ring Lardner Jr, refused to answer any questions. Blacklisted by the Hollywood studios, Maltz worked without credit on several movies such as The Robe (1953). When the blacklist was lifted Maltz wrote Two Mules for Sister Sara (1970), The Beguiled (1971),Hangup (1973) and Scalawag (1973). 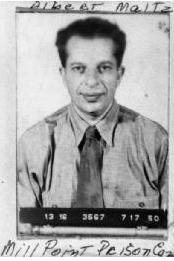 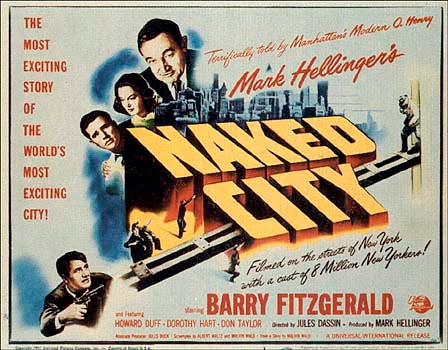 Lester Cole (June 19, 1904 - August 15, 1985) was an American screenwriter. Born in New York City, Lester Cole began his career as an actor but soon turned to screenwriting. His first work was "If I had a Million." In 1933, he joined with John Howard Lawson and Samuel Ornitz to establish the Writers Guild of America. 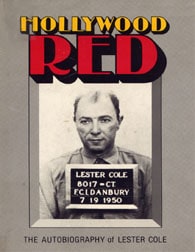 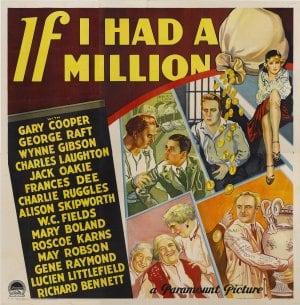 0
John Howard Lawson
John Howard Lawson (September 25, 1894 - August 11, 1977) was an American writer. He was head of the Hollywood division of the Communist Party USA. He was also the organization's cultural manager, and answered directly to V.J. Jerome, the Party's New York-based cultural chief. He was the first president in the Writers Guild of America, West after they changed from their name from Screen Writers Guild.
Lawson appeared before the HUAC on October 29, 1947, but like Alvah Bessie, Herbert Biberman, Albert Maltz, Adrian Scott, Dalton Trumbo, Lester Cole, Edward Dmytryk, Samuel Ornitz and Ring Lardner Jr, he refused to answer any questions. Known as the Hollywood Ten, they claimed that the First Amendment of the United States Constitution gave them the right to do this. The HUAC and U.S. appeals courts, however, disagreed and all were found guilty of contempt of Congress and Lawson was sentenced to twelve months in Ashland Prison and fined $1,000. In his 1951 HUAC testimony, Edward Dmytryk testified that Lawson, amongst others, had pressured him to put communist propaganda in his films. 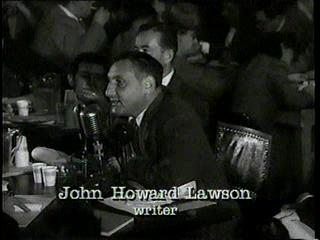 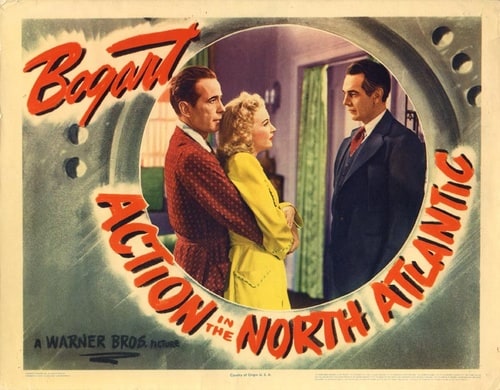 0
Samuel Ornitz
Samuel Ornitz (November 15, 1890 – March 10, 1957) was an American screenwriter and novelist who was one of the "Hollywood Ten" who were blacklisted by the Hollywood movie studio bosses during the era of McCarthyism. 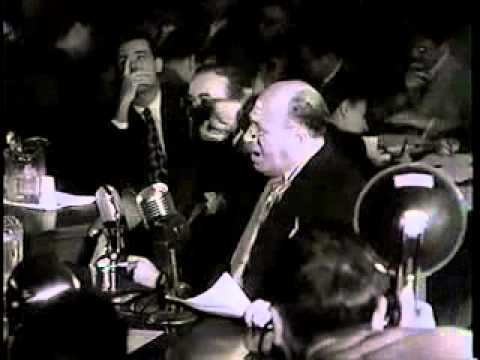 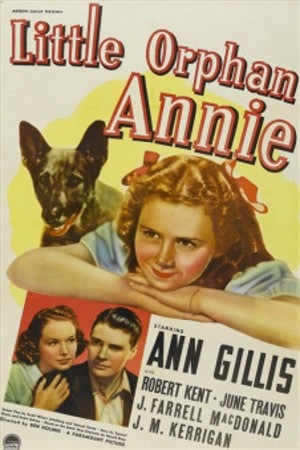 
Robert Adrian Scott (February 6, 1912 – December 25, 1973) was an American screenwriter and film producer.
In October 1947, Scott was called to testify during the House Committee on Un-American Activities (HUAC) hearings on Hollywood but - as did nine others - refused to testify and was sentenced to jail. Edward Dmytryk, another of these Hollywood Ten, later, in 1951 testified before the HUAC that Scott pressured him to put communist propaganda in his films. 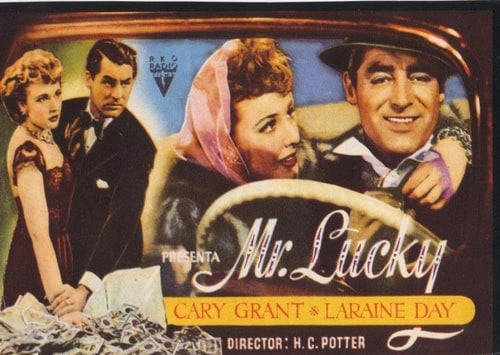 Edward Dmytryk (September 4, 1908 – July 1, 1999) was an American film director who was amongst the Hollywood Ten, a group of blacklisted film industry professionals who served time in prison for being in contempt of Congress during the McCarthy-era 'red scare'.
The late 1940s was the time of the Second Red Scare, and Dmytryk was one of many filmmakers investigated. Summoned to appear before the House Committee on Un-American Activities (HUAC), he refused to cooperate and was sent to jail. After spending several months behind bars, Dmytryk made the decision to testify again, and give the names of his fellow members in the American Communist Party as the HUAC had demanded. On April 25, 1951, Dmytryk appeared before HUAC for the second time, answering all questions. He spoke of his own Party past, a very brief membership in 1945, including the naming of twenty-six former members of left-wing groups. He explained how John Howard Lawson, Adrian Scott, Albert Maltz and others had pressured him to include communist propaganda in his films. His testimony damaged several court cases that others of the so-called "Hollywood 10" had filed. He recounted his experiences of the period in his revealing 1996 book, Odd Man Out: A Memoir of the Hollywood Ten 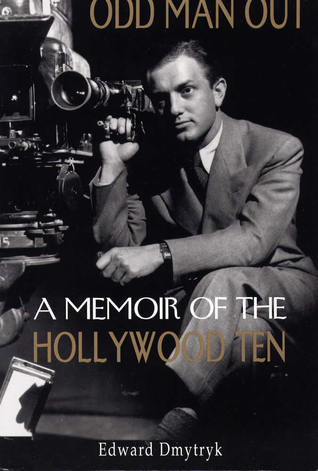 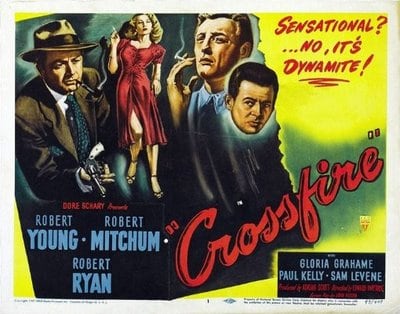 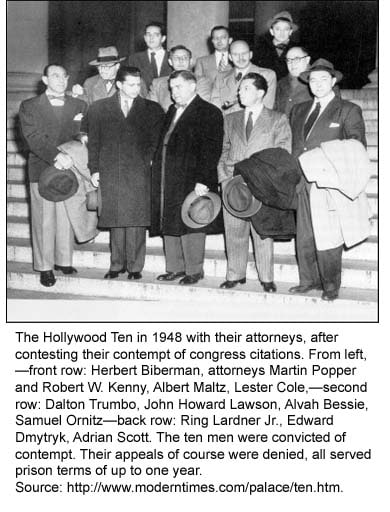 In October 1947, 10 members of the Hollywood film industry publicly denounced the tactics employed by the House Un-American Activities Committee (HUAC), an investigative committee of the U.S. House of Representatives, during its probe of alleged communist influence in the American motion picture business. These prominent screenwriters and directors, who became known as the Hollywood Ten, received jail sentences and were banned from working for the major Hollywood studios. Their defiant stands also placed them at center stage in a national debate over the controversial anti-communist crackdown that swept through the United States in the late 1940s and early 1950s. Besides the Hollywood Ten, other members of the film industry with alleged communist ties were later banned from working for the big movie studios. The Hollywood blacklist came to an end in the 1960s.
The Hollywood blacklist—as the broader entertainment industry blacklist is generally known—was the mid-20th-century list of screenwriters, actors, directors, musicians, and other U.S. entertainment professionals who were denied employment in the field because of their political beliefs or associations, real or suspected. Artists were barred from work on the basis of their alleged membership in or sympathy toward the American Communist Party, involvement in liberal or humanitarian political causes that enforcers of the blacklist associated with communism, and/or refusal to assist investigations into Communist Party activities; some were blacklisted merely because their names came up at the wrong place and time. Even during the period of its strictest enforcement, the late 1940s through the late 1950s, the blacklist was rarely made explicit and verifiable, but it caused direct damage to the careers of scores of American artists, often made betrayal of friendship (not to mention principle) the price for a livelihood, and promoted ideological censorship across the entire industry.
(From WIKIPEDIA)

Pretty As A Picture (the animals, part 2) by Iceviper

1860s-Style Portraits of the Stars by iknowthat

Pretty As A Picture #4 by Iceviper

Famous movies that I haven't intention to watch by Rath

LP's that shocked me very young by Rath