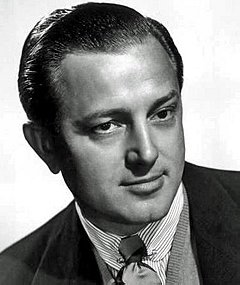 View all Edward Dmytryk pictures
Edward Dmytryk was a Canadian-born American film director. He was known for his 1940s noir films and received an Oscar nomination for Best Director for "Crossfire" (1947). In 1947, he was named as one of the Hollywood Ten, a group of blacklisted film industry professionals who refused to testify to the House Un-American Activities Committee. They all served time in prison for contempt of Congress. In 1951, however, Dmytryk did testify to HUAC and rehabilitated his career. He is also known for directing "The Caine Mutiny" (1954), the 2nd highest grossing film of the year, it was nominated for Best Picture.
Tags: Director (2), Writer (1), Canadian (1), Editor (1), Male (1), Producer (1), Filmmaker (1), Screenwriter (1), Informer (1), Born 1908 (1), Died 1999 (1), Blacklisted (1), Hollywood Ten (1)
My tags:

2. Where Love Has Gone

3. Walter Matthau: Diamond in the Rough

1. On Film Editing: An Introduction to the Art of Film Construction

1. On Film Editing: An Introduction to the Art of Film Construction