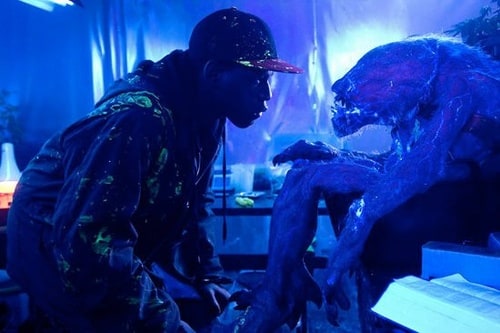 A unique throwback to the 80s, Attack the Block has a very strong feel of the creature feature to it, but it successfully completes the difficult task of modernizing the genre without simply making itself an endless array of references to the films it draws inspiration from, which is what a shameful amount of modern movies do.
VierasTalo's rating: 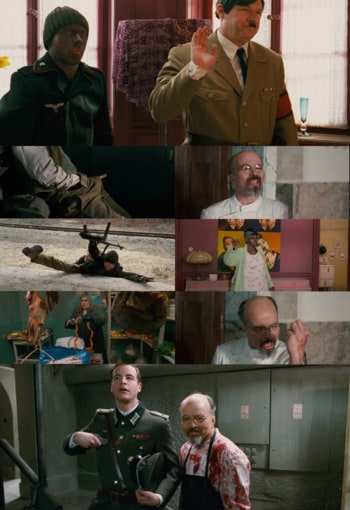 Uwe Boll proves he still has no idea what he is doing in this world with his trilogy of shit consisting of Blubberella, Bloodrayne 3 and Auschwitz, all shot in Croatia with the same cast and crew. This meta-comedy is by far the worst of them, consisting of scenes from Bloodrayne 3 with funny sound effects or narration or a fat chick jumping around.
VierasTalo's rating:

The first of the newer Marvel-films that really, really works. Captain America works as a fun adventure aimed at teens and adults, and it's just enjoyable to watch. It actually tells a pretty good story instead of just showing us the origin of the character like all the other Marvel-movies of the year do.
VierasTalo's rating: 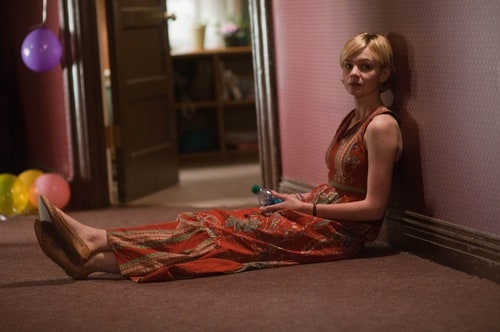 Much like Attack the Block, Drive is a movie that borrows heavily from the "hard action" genre of the 70s and 60s, but becomes something all of it's own in the process of modernizing the themes and visuals. Gosling could have easily done a traditional Le Samouraï-esque performance of the lone wolf, but instead creates a bizarre portrait of a borderline autistic man living inside his own fantasies and the action film of his imagination, but equipped with skills to handle the situations thrown at him when the proverbial shit gets real. This must be one of the most iconic performances of our generation, a pretty boy with no comparison.
VierasTalo's rating: 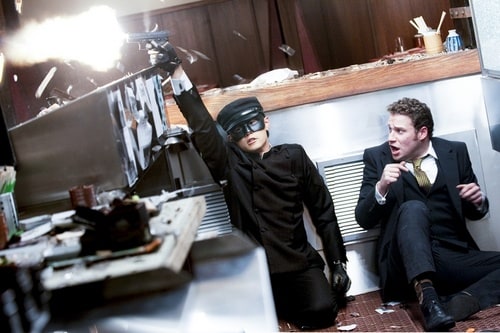 I was surprised when Michel Gondry's latest film got very, very poor feedback. Now I never exactly loved the man, I thought Science of Sleep wasn't too good. Still, he usually delivers at least on a conceptual level if nothing else. I never certainly took him for someone who'd make a bad film. And here... that hasn't happened at all. The Green Hornet is easily one of the more entertaining films this year, and contains some of the most visually intriguing action in ages. Seth Rogen's inability to act as a superhero despite his wishes is also absolutely hilarious.
VierasTalo's rating: 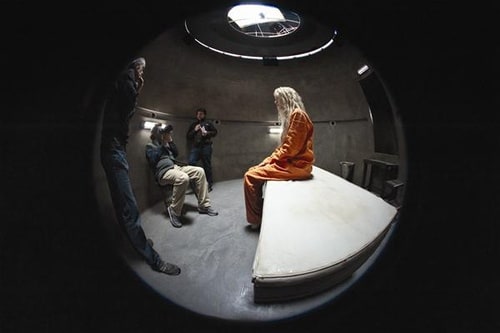 A modern masterpiece, completely overlooked by audiences. A plethora of Freudian references take the screen over as Joe Wright's unique visual spin gets applied to a contemporary, adult coming-of-age fairy tale. Sucking in the sheer incredible amount of audiovisually delivered metaphorical content in this movie is practically impossible on first viewing, and multiple viewings are recommended. The soundtrack also breathes an extra level of ingenuity onto the film. Possibly my favorite of the year.
VierasTalo's rating: 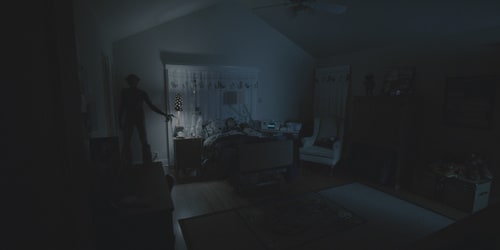 If anything, James Wan is an interesting director. To me, he's one of the very few people successful in making horror movies that combine the MTV-mentality with more classical elements, even if the scripts themselves aren't that good. In Insidious, this becomes painfully obvious. Wan is excellent at creating long, almost harrowing shots followed by rapid editing and intense pacing, but when the story is something poorly ripped out of a non-existant mediocre 90s New Line Cinema-horror flick, the end result can't really do much else but be an efficient vehicle for jump-scares. Give Wan a good script and keep Leigh Whannell the hell away from him, and he'll make a great film. As for the script, let's just say it's never good when halfway through the movie I guess the end twist just because I happened to see the poster before watching the movie. Also, I must mention that this film has the most campy and over the top title screen of all time with it's incredibly loud string music, hellfire and Trajanesque font. It makes you feel as if the skies were ripping open, angels falling and Hitler resurrecting all at the same time.
VierasTalo's rating:

A good example on how to make a good sequel. There actually is a real story with characters and character arcs rather than simple training montages and skill-honing in hopes of achieving higher levels of kung fu. The action is also vastly bigger and more imaginative than before, and overall everything is just a blast to get through. The jokes have also stopped relying on pop culture references, instead becoming truly contextual humor.
VierasTalo's rating: 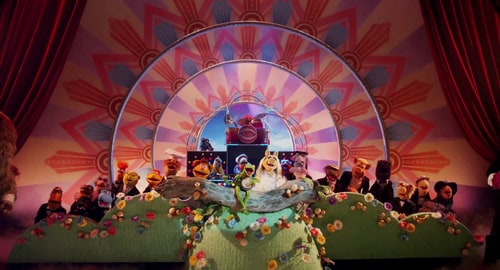 A true shock to any moviegoer, this thrilling and genuinely funny kids film is much more than you could ever expect from a Muppet-film made in 2011. The writing is very witty, and despite falling into some obvious pitfalls with moral lectures about independence and blahblah, you can't go wrong when you have Chris Cooper busting some gangsta rap rhymes for no reason whatsoever.
VierasTalo's rating:

A healthy bit of fresh air into the Finnish film scene. Based on the best-selling novel, Pussikaljaelokuva documents a day in the life of three jobless drunks living in Helsinki. The movie has a decidedly uplifted mood rather than the gloomy one practically all other films here nowadays seem to have, and it works very well. The dialogue some times feels too literate to be coming out of these characters, but each individual is sympathetic enough to warrant some suspension of disbelief there.
VierasTalo's rating: 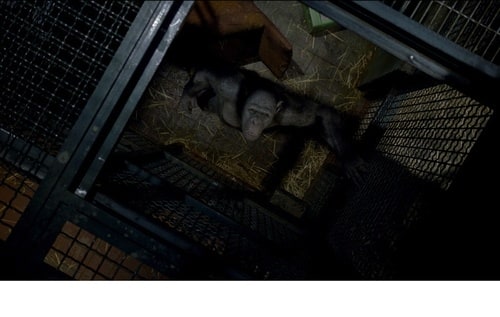 You know how sometimes people say that a movie has something for everyone? Well, this one certainly warrants such a comment, because it literally has everything. It starts with what you see in the trailer, a serious monkey-movie, and then becomes some absurd sitcom starring James Franco, his ape and his forgetful father. The shenanigans these guys get into! Then it turns into a prison movie starring apes complete with makeshift lockpicks and spiteful prison guards, and finishes off with a really good half hour action romp. G'damn!
VierasTalo's rating:

I've always loved the Scream-franchise. Halloween got me into horror, but Scream made me aware of the need to analyze it with more thought in the future. Scream 4, the first true sequel to the franchise, takes great advantage in being made this long after the previous one. Horror has given way to new fads such as remakes and torture porn, and there's plenty to make fun of. The revealing of the killer and what happens after is such a great scene that it had me drooling in excitement. Rarely do we see this level of social commentary in horror films in such a direct fashion. The only letdown is what happens after this, as there is a completely useless reshooted ending to this to avoid being too bleak.
VierasTalo's rating: 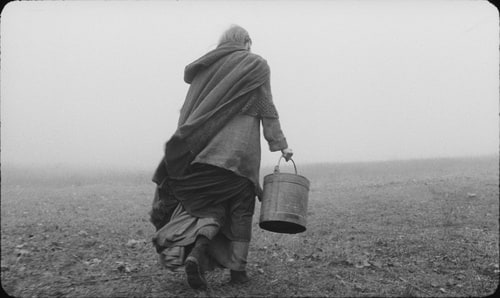 Possibly Bela Tarr's last film. Not quite the masterpiece, as the auteur spends much of his time delivering a message that's bleak and desolate but far too simplistic to justify this long and intrepid a viewing experience. The atmosphere however is a thing of it's own, as the film is just beautiful to watch, especially on the few moments the apocalyptic music plays.
VierasTalo's rating: 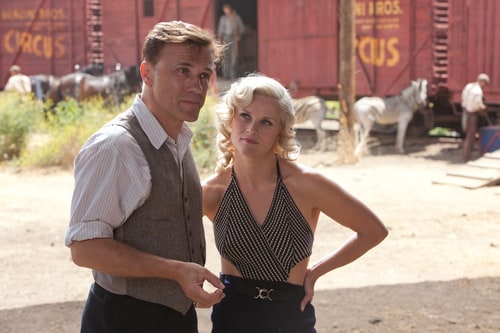 Here's a tip to heighten your interest in it; Think of it as a prequel to Inglorious Basterds. Before Hans Landa goes into the whole nazi-thing, he's a circus keeper with a smoking hot wife when some vampire-dude comes in and starts fucking her. No way Landa's letting that slide! He beats the guys elephant (phallic puns very intended) and eventually dumps him out of a moving train only to be mauled by a tiger. He barely escapes this event, swearing revenge on all things pointy, explaining his supposed hatred towards jewish noses.
VierasTalo's rating:

Not really a very interesting film, but hey, what else came out that starts with an X? The Kennedy-era setting is hardly used to full effect with the whole film having a thoroughly modern look to it, and the best scenes are either throwaway jokes or Michael Fassbender and James McAvoy, two talented actors, throwing away any acting abilities on two flatly written roles.
VierasTalo's rating:

Movies I feel are in some way meaningful, either to me or the film industry overall, of 2011. One movie per letter. Only movies I've seen, so it isn't a complete alphabet. But hey, you can't make an omelet without breaking a few eggs!

Currently missing letters:
J
N
O
Q
Z
If you have any interesting suggestions for movies starting with these letters, do tell.

Films Watched in 2011 by ToniJJJ

The Best Movies I Haven't Seen by Tapio

Five star movies of the 80's by Luxi

The Sporadic Horizontal Evolution of Orson Welles by VierasTalo

Movies Watched in 2009 by VierasTalo

Movies Watched in 2011 by VierasTalo