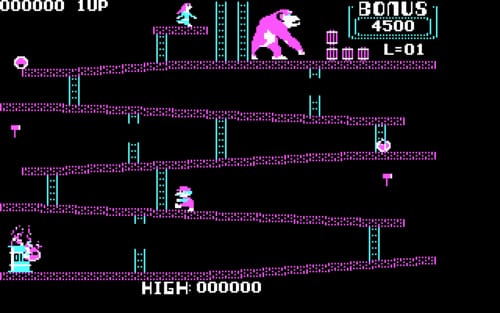 I'm not sure but the earliest gaming memory I have is playing Donkey Kong. I was a very frustrated three or four year old.
Mr. Saturn's rating: 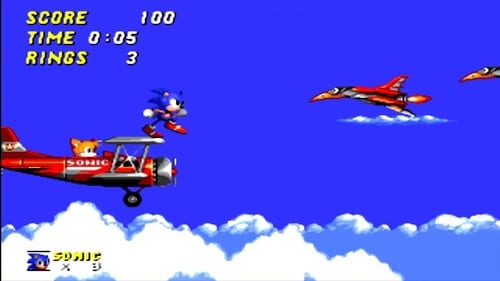 I must have put at least one hundred hours (because the game doesn't have save slots) in the game trying to beat Dr. Robotnik and collect all the chaos emeralds when I was growing up. This was the game that really started my gaming habit.
Mr. Saturn's rating: 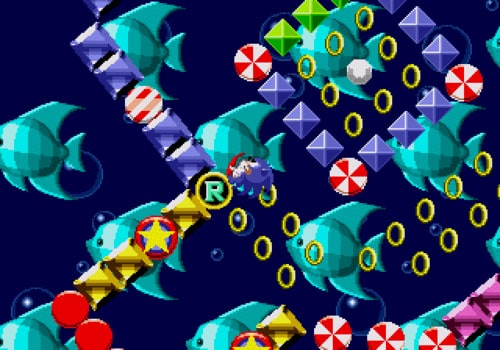 Because Sonic is the character I played the most during my childhood and my lifetime, Sonic's my favorite character. This is a hard question because so many game characters are created with either no personality or a kind of neutral personality, so gamers project their ideal characteristics onto the character.
Mr. Saturn's rating:

0
Eternal Darkness: Sanity's Requiem - GameCube
A game that is underrated. 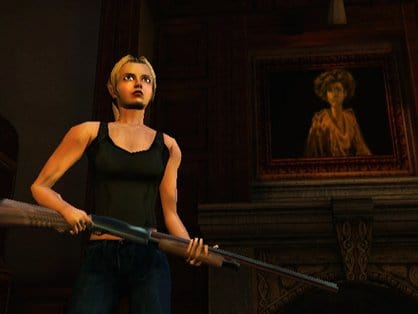 This is a brilliantly atmospheric psychological horror influenced by Edgar Allen Poe and H.P. Lovecraft. The story is almost as immersive as Poe's short stories;the innovative sanity effects really pull you into the game and are sometimes terrifying.
Mr. Saturn's rating: 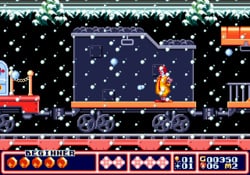 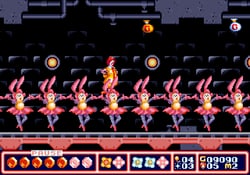 McDonald's Treasure Land Adventure wouldn't have had such a bad wrap if there weren't commercial characters. Sure, the gameplay needed improvement and the plot is completely nonsensical, but there are some inventive levels, like when Ronald McDonald jumps across the ballerinas on the train tracks.

I haven't played this game since I was about ten, more than a decade ago, so I can't recommend the game; my rating is very subjective and nostalgic.
Mr. Saturn's rating:

0
Ōkami - Nintendo Wii
A game I think has the best art style. 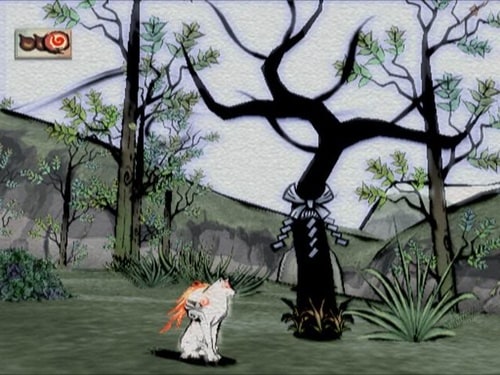 Okami has beautiful characters and the world's painted style is even more timeless than most cel-shaded graphics for me. I might beat Okami for a third time when it's released on PSN with Move support.

Mother 3 is just as great in this regard and Morrowind has a very beautiful world too.
Mr. Saturn's rating:

0
Lost Odyssey - Xbox 360
Most annoying character: a tie between Jansen from Lost Odyssey and Kai Lang from Mass Effect 3 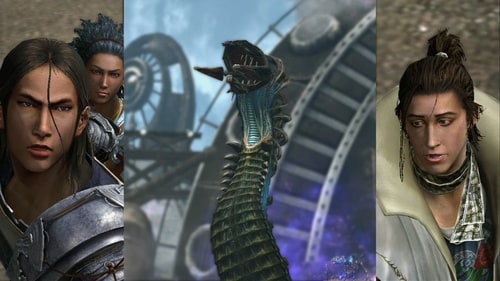 I really hated Jansen (the character on the right) from Lost Odyssey. He is an opportunist jerk whose value as comedic relief is overrated; I hated that this guy marries the queen at the end of the story, because he didn't show he had integrity and he was irritating.
Mr. Saturn's rating:

0
Mass Effect 3 - Xbox 360
Best voice acting and favorite NPC: Garrus
I love the friendship between Shepard and Garrus, especially this scene from Mass Effect 3. Garrus is so interesting, if there was a spin-off game starring Garrus I'll probably play it.


This is cheating, but my other favorite NPC is M'aiq the Liar in the TES games.

Most annoying character and a game sequel which disappointed me.

A delayed game is eventually good, a bad game is forever bad. - Shigeru Miyamoto (he wasn't mentioning ME3) 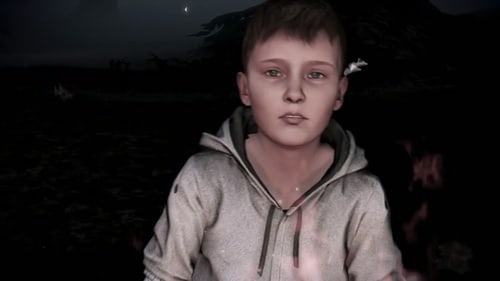 The open ended space child ending, lack of exploration, fetch quests, and disappointing writing quality compared to the previous games, is why the game got a 9/10.
Even great art is open for criticism and I hate the condescending view that people who disliked the endings are 'entitled' and other things. If the writers wanted the game to have the same resonance as great science fiction like 2001: A Space Odyssey or Solaris they failed; those are great goals, but the writers weren't able to succeed. It's a shame the writer of the first Mass Effect game and the co-writer of the second game, retired before Mass Effect 3; the game would probably have been more impressive. 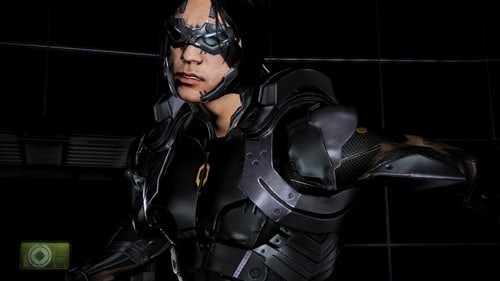 Kai Lang, the space ninja with plot armor, doesn't belong in the Mass Effect series, and was a very dull character that existed only to move the plot along.
Mr. Saturn's rating: 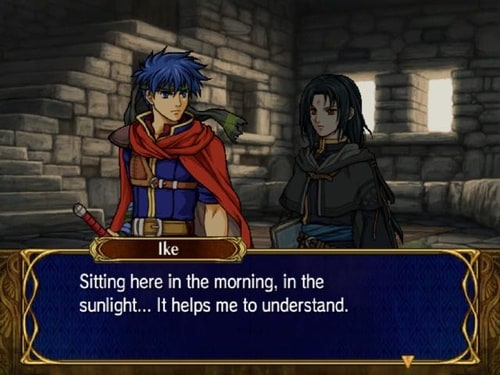 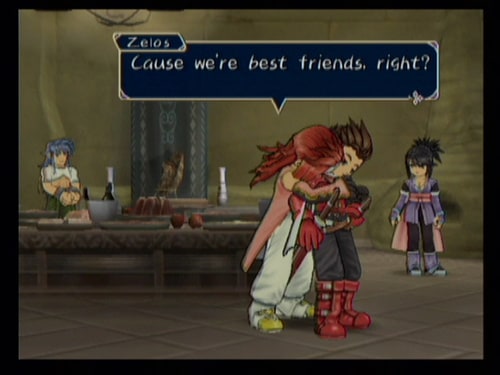 The idea that Ike and Soren or Lloyd and Zelos from Tales of Symphonia are a couple isn't mere slash fiction, although predictably they're not the 'canon' relationships. I like games where you can play as a gay character.
Mr. Saturn's rating: 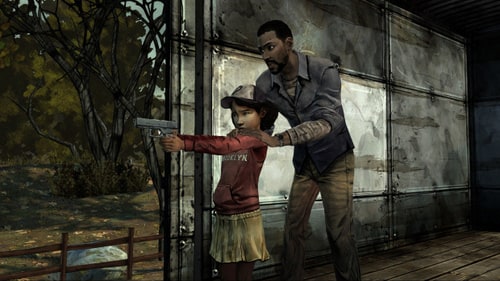 I highly recommend playing this game without a walk-through or any spoilers.
Mr. Saturn's rating:

If I wasn't so enamored by the Mother games, I would probably consider Chrono Trigger to have the best game soundtrack.
Mr. Saturn's rating: 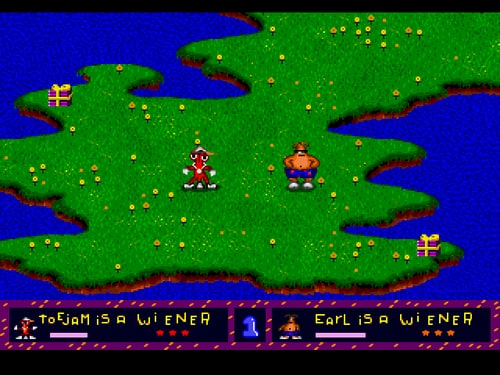 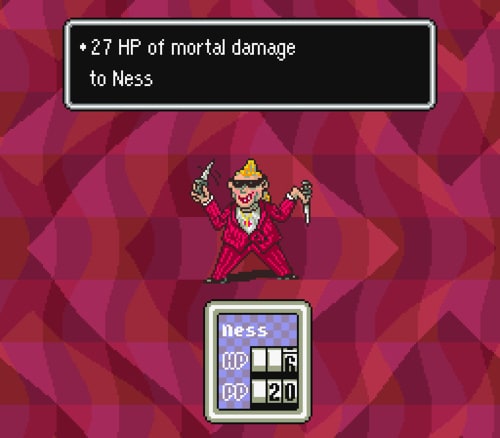 The gameplay's skeleton is taken from Dragon Quest, the game that inspired the creator of the Mother games to make a video game. Earthbound has more cool weapons and powers like PSI Rockin. Unlike Dragon Quest and most JRPGS, there are only visible characters to battle, and weak enemies usually run away and instantly die, preventing you from wasting time. 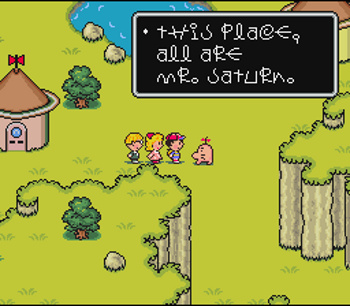 Picture of a game setting you wish you lived in and a character that I'm most like.

I relate to Mr. Saturns because they are peaceful and don't take life too seriously. If it was real, I would love to live or stay in the Mr. Saturns' commune Saturn Valley, and have a cup of coffee.
Mr. Saturn's rating:

0
PC - Game Hardware
My console of choice.
Most of the games I play now are available on the PC. My second favorite console would be whatever the current-gen console for Nintendo is, because their best games are Nintendo exclusives.
Mr. Saturn's rating:

0
Katamari Damacy - PlayStation 2
A game everyone should play. 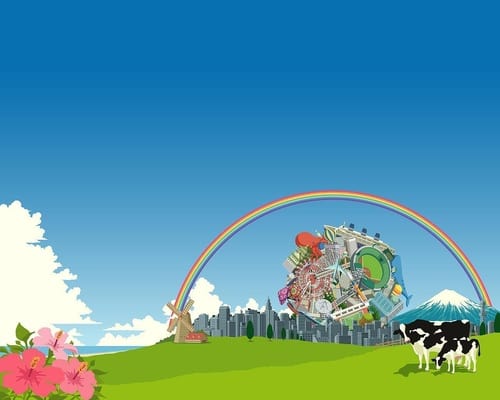 Katamari is a quintessential gaming experience with a simple but incredibly creative gaming mechanic. It's fun, instantly appealing, and charming game anyone can figure out and enjoy.

If you like this game, I recommend maybe buying the cheap PSN game made by the same designer, called Noby Noby Boy. It has wonky controls, but it's an entertaining game for a few hours. 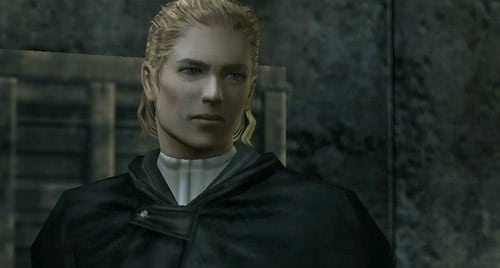 The Metal Gear Solid games, more than any other games I've played, created unique boss battles that didn't feel at all repetitive.
Metal Gear Solid 3 is the greatest in the series and has many great moments like the swamp full of ghosts of all the people Snake killed. Even climbing a ladder was a genius decision, providing a poignant moment and break from the story's tension and suspense.

I read a joke in reference to MGS4 that the Metal Gear Solid movie was already made. I don't share the criticism of games with narratives, that game's usually shouldn't have lengthy cutscenes because it breaks immersion. I'm less immersed when games enter the uncanny valley when there's a scripted cutscene and everyone's eyes follow the character.
Mr. Saturn's rating:

0
Shadow of the Colossus - PlayStation 2
Favorite antagonists: the colossi

The colossi are the most majestic creatures I've seen in games. I was sad that they died for bad reasons.
Mr. Saturn's rating:

If you've enjoyed Twin Peaks or David Lynch's films you owe it to yourself to play this surreal psychological horror masterpiece.

James finds himself hopelessly looking for his dead wife in Silent Hill after receiving a letter from her. For me, Silent Hill 2's lesson is to not fall in love with regret for one's past.
Mr. Saturn's rating: 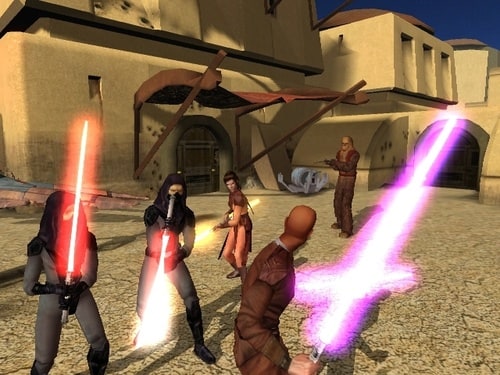 RPG's are my favorite genre. There's some realism in RPGs that make them more compelling, and I like feeling like I'm not playing a game.
Mr. Saturn's rating:

0
The Legend of Zelda: Majora's Mask - Nintendo 64
Game with the best story (besides Mother 3). 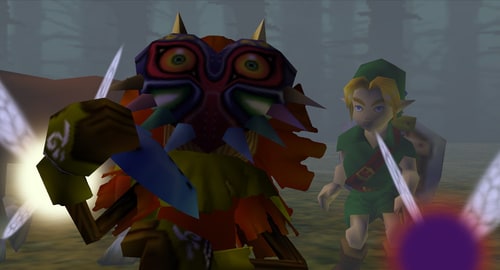 The major reason why Ocarina of Time is more popular than Majora's Mask besides OOT arriving first, is the difference in narrative. In OOT, the plot is centered on Link, but in MM, Link sees the lives of characters in Termina, and begins his quest not to defeat Ganon, but to hopefully save everyone in three days. The uniquely heartwarming and poignant plot is more my taste.
Mr. Saturn's rating: 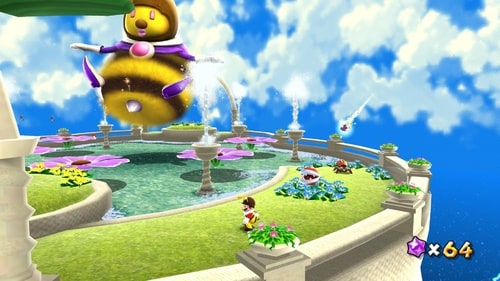 Bioshock's voice acting doesn't feel like the same handful of voices, like Oblivion, a game where you often see people with the same voices conversing with each other.
Mr. Saturn's rating:

"Pie-making Wife" G-Man: Although over time, my husband will desire me less, sexually, he will always enjoy my pies. 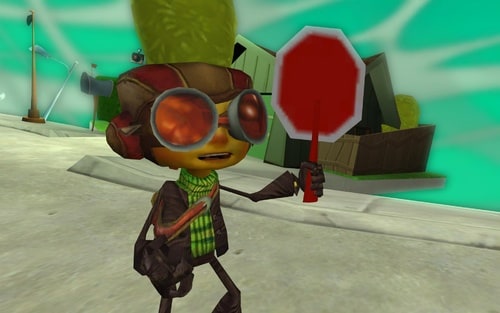 Psychonauts is consistently funny, witty, and well designed. This level is the game at its peak. Psychonauts is a reasonably short game at about 10 hours. I recommend it to anyone interested.
Mr. Saturn's rating: 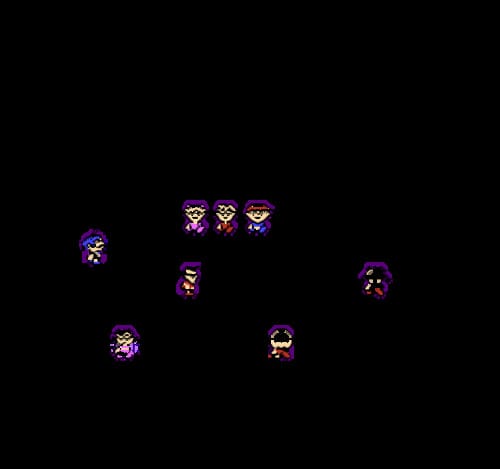 I recommend playing Mother 2 and 3 first, the best games in the series, then playing this game last if you want to. Mother is a masterpiece but the sequels are greater masterpieces.
Mr. Saturn's rating: 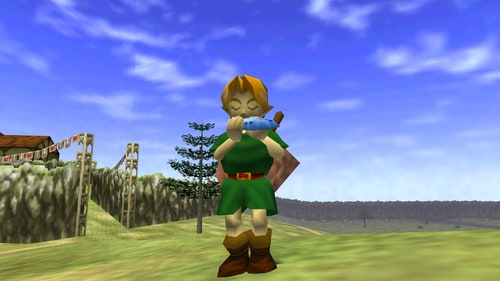 0
Shenmue II - Sega Dreamcast
A game I thought I wouldn’t like, but ended up loving.

At first I was worried Shenmue II would be a badly dubbed action game similar to many Chinese martial-arts films. I couldn't have been more wrong. Epic is an overused word but this game is truly epic. Yet, you live Ryu's life, playing games of lucky hit, going to the video arcade, moving crates, and maybe skipping out on a motel owner's rent. These activities add to the depth and realism of Shenmue II and enrich the events of the main plot.

You might want to wait until the rumored HD releases of Shenmue I and II on XBLA and PSN.
Mr. Saturn's rating:

0
The Elder Scrolls III: Morrowind - Game of the Year Edition... - PC Games
My desert-island game. A game I would choose if I had to choose one non-MMO game to play on a deserted island. 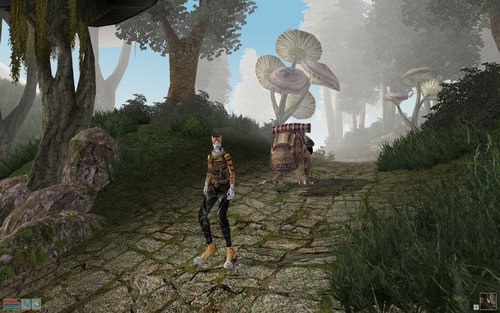 I put around 100 hours into Morrowind exploring before begining the main quest. That's a sign of an irresistibly great RPG.

Mother 3 is Shigesato Itoi's magnum opus and a landmark for video game writing. Mother 3 sometimes gave me tears of sadness and happiness, and made me laugh, but the majority of the time was pure gaming ecstasy that for me ranks alongside Majora's Mask, Earthbound, and Chrono Trigger. 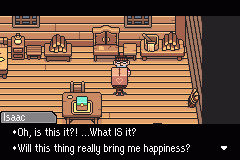 Even more than Majora's Mask, Mother 3 made me question the way I live my life. When Duster visits his father who is rough on him, but really loves him, I thought of my own family and cried.

In the middle of the game Lucas' town is full of happy boxes and in one scene someone enthusiastically wonders if it will make him happy. Maybe obsession with happiness makes you unhappy. It may seem obvious that they're TV's, but the writer said not necessarily, so I think they have allegorical value; I doubt they're macguffins.


Major SPOILERS if you see the video below.

If you like emotional games, I recommend my list of games that made me cry.
Mr. Saturn's rating:

I adapted the questions from the 30 games meme. I removed some and added some of my own questions.

HV Presents: Hamza's Consoles Over the Years! by Happy Vader

Classical Music in Games by astro_man23

RPGs - ranked by preference by ape

Arcade Games I Wish I Owned by Dav1d

Fan Made Games and Remakes by Mr. Saturn