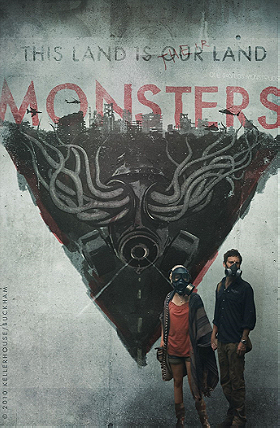 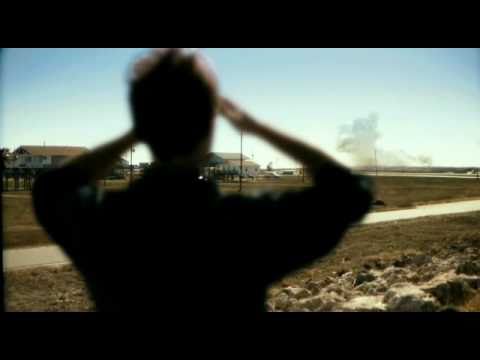 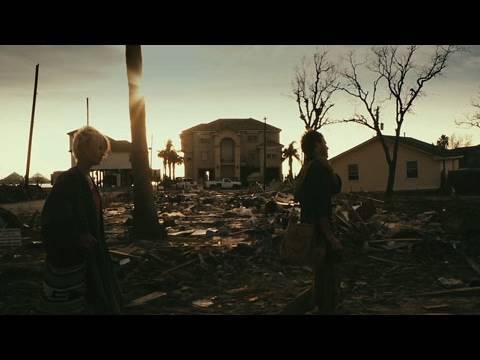 lotr23
2 votes
The very simplistically-titled MONSTERS tries to do a lot in its short running time. It tries to be a quasi dramatic romance, a monster thriller, and a critique of U.S. immigration policy. Of those three things, it does a more than good job at the first one (thanks to a solid script), a lackluster and unoriginal job at the second one, and as for the third third thing, well, it's kind of hit-and-mi... read more

steven aka superant
1 vote
A slow paced road trip fleeing aliens and fear. The special effects were so low key, I thought I was looking at reality. The scares were unseen and around the corner like a good Hitchcock movie. I very much recommend this movie.

Dont come for the monsters, baby.

keiju
1 vote
I hope there would be more movies like this one (2011´s "Another Earth" is another btw) where the sci-fi element is used in an alternative, "what if", way in the background. Here the alien element is not the center of the story but part of the scenery. The movie works between two characters who are believable enough to be likeable in some extreme (but not overboard) situations with a truly amazin... read more
View all Monsters reviews

Six years ago NASA discovered the possibility of alien life within our solar system. A probe was launched to collect samples, but crashed upon re-entry over Central America. Soon after, new life forms began to appear and grow. In an effort to stem the destruction that resulted, half of Mexico was quarantined as an INFECTED ZONE. Today, the American and Mexican military still struggle to contain the massive creatures... Our story begins when a jaded US journalist (McNairy) begrudgingly agrees to find his boss’ daughter, a shaken American tourist (Able) and escort her through the infected zone to the safety of the US border.
Release date: 3 December 2010
Tags: Sci-fi (16), Military (10), Mexico (10), Alien (9), Quarantine (8), Drama (7), 2010 (7), Aliens (6), Monster (6), Thriller (5), Science Fiction (5), Mystery (4), 2010s (4), (4), Romance (3), Special Effects (3), Slow (3), 2010's (3), Borders (3), British (2)
My tags:

Texal voted for an image 1 month ago

the giraffe voted for an image 1 month, 3 weeks ago

the giraffe added this to a list 1 month, 3 weeks ago

"First viewing - July 11th HBO Max Easy to see how this earned Edwards the opportunity to jump to Legendary's Godzilla. There are big monsters & human relationships weaved together in a way that mostly works. Plus it's an interesting if not especially deep look at immigration from Mexico to the U.S. The world building is solid too. Less thrilled about the opening sequence being what it is, though I'll give points for not repeating it. Overall this is a solid debut & I'm glad I finally gave it a "

The Mighty Celestial added this to a list 6 months, 1 week ago

" Despite what seems like a direct movie title,this is actually more of a love story with a backdrop of giant alien monsters, of which we probably don't see enough of.I gotta give credit to this movie for trying to do something different by intermingling a romance "road trip" plot within the setting of a War of the Worlds type premise, without getting too many of the tentacles all tangled up. A journey through a world in the process of alien invasion, it's a tuetonic tale that borders on far re"

Kurkkuharja added this to a list 2 years, 2 months ago
Kaiju Film (92 movies items)

japanmokus added this to a list 3 years, 3 months ago
filmek (199 movies items)

Exclusive voted for an image 3 years, 4 months ago

Exclusive added this to a list 3 years, 6 months ago
My Blu-Ray Collection (1282 movies items)

"(DISAPPOINTING BUT) ACCLAIMED MOVIE! Review coming soon... *Official 1001 Movies You Must See Before You Die entry...* *Official 2020: A Movie Odyssey entry, by Dr-Faustus* "

sup3rboi added this to a list 4 years, 8 months ago

"A series about people trying to survive/exist in a world that's been invaded by giant alien lifeforms/monsters. Like the movie, the series would focus more on human nature than it would on interactions with the monsters; but of course there'd still be the occasional encounter with monsters."

Fluid added this to a list 4 years, 11 months ago

"A man and a woman argue a lot and learn facts of life in the end. It's surprisingly sweet and tense film, hindered a bit by boring creature desing and low-quality CGI. "

"Before he'd take the reigns of this summer's Godzilla reboot, director Gareth Edwards made this ingeniously minimalist giant-monster movie, in which two travelers seek safe passage through a post-alien invasion, kaiju-dotted landscape. The idea of offering only glimpses of the creatures and focusing more on the aftermath may have been the result of budgetary concerns, but necessity is certainly the mother of invention here; it's a clever way of making a familiar sci-fi scenario seem fresh again."

Agent Kermit D. Fonz added this to a list 5 years, 3 months ago

Agent Kermit D. Fonz added this to a list 5 years, 6 months ago

SwornShadow added this to a list 5 years, 11 months ago

jim voted for an image 6 years ago

BradWesley123 voted for an image 6 years, 1 month ago

Pablo added this to a list 6 years, 5 months ago
Favorite Movies (222 movies items)