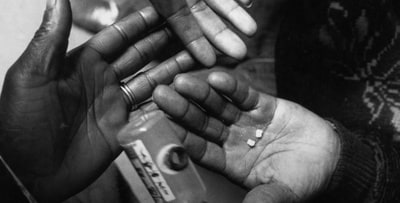 Notes: Even if it turned out to be a solid documentary, to be honest, I didn’t feel I learned anything really new. Furthermore, I was hoping that they would tell us more about the origins of crack. How did they come up with this idea? Where did it all start? Furthermore, it seems that they tried to cover too much ground and the whole thing seemed rather scattered. Finally, I thought there were some contradictions a couple of times. For example, at some point, they were critical about the fact that the cops didn’t do anything to stop the drugs in their community but, then, 30 mins later, they were complaining that the very same communities were flooded with some special police task forces to take care of this issue. In the same fashion, they described in rather colourful details how the American Black women would do pretty much anything to get their crack doses but, later on, they complained that the same women got a bad rep about their drug usage. And, yet, there is no denying that the material was quite powerful though. Indeed, it was still quite revolting to see that the so-called ‘war on drugs’ which was a huge topic throughout the 80’s and the 90’s was actually pretty much used as a PR tool to boost the reputation of all the US presidents in power at the time. In the meantime, the US black community was completely devastated and, basically, nothing was done at the time or nowadays to help them out to recover from this disaster (except putting at least 1 million of black folks in jail) and you could say that they never really recovered from the blow.
johanlefourbe's rating:

A Complete Review of Alex van Warmerdam's work by johanlefourbe