6
The Trial of the Incredible Hulk 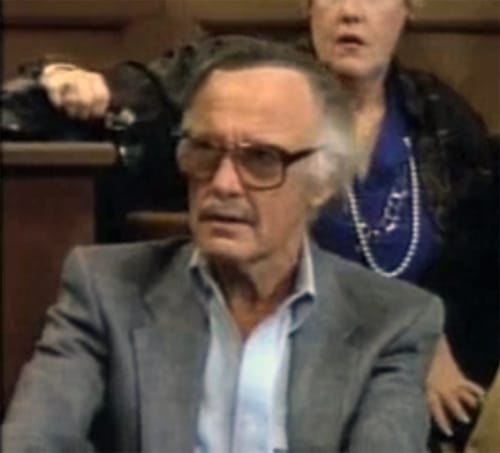 A jury foreman in the trial of... well, Bruce Banner aka the Incredible Hulk, obviously.

Hotdog stand vendor on the beach to which Senator Kelly emerges after escaping from Magneto.

A bystander who witnesses Spider-Man's and the Green Goblin's first battle and pulls a little girl away from falling debris.

A man reading a newspaper, who almost gets hit a bus, but is saved by young Matt Murdock.

A security guard leaving Bruce Banner's lab while he enters. His colleague is none other than former bodybuilder Lou Ferrigno, who portrayed the transformed Hulk in the 1980s TV series. Lee's first speaking role.

After Doc Oc's bank robbery, Lee witnesses a fight between Oc and Spidey, and yet again pulls a woman away from falling debris.

The first (and so far the only) time Lee makes a cameo as a character he created: cheerful postman Willie Lumpkin.

In the beginning of the movie, in Times Square, has a small chat with Peter Parker. Leaves after saying his catchphrase "'Nuff said".

Tries to enter Reed Richard's and Susan Storm's wedding as himself, but is turned away for not being on the guest list.

Tony Stark mistakes him for Hugh Hefner while entering a gala.

Drinks a soft drink contaminated with Bruce Banner's blood early in the movie.

Tony Stark mistakes him for Larry King while leaving a gala.

This time around Lee portrays Odin, the ruler of Asgard and a major god in Norse mythology. Director Kenneth Branagh, famous for his Shakespearean background, felt that Lee was the only possible choice for the role.

Just kidding. He is a guy with a pick-up truck, who attemps to pull the Mjolnir, Thor's hammer, off the ground shortly after it has arrived on Earth. Odin is played by Anthony Hopkins, so it's pretty awesome nevertheless.

A general in World War II, who mistakes a random man for Captain America. 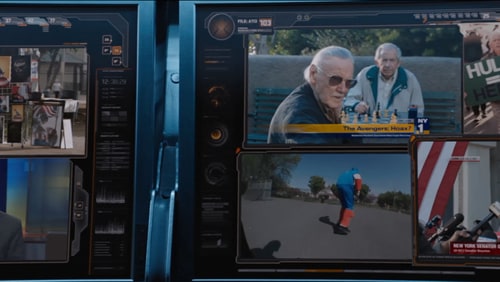 With The Avengers being one of the most anticipated comic book films of all time, Lee stated beforehand that one way or another he would appear in this film "unless they shoot it on the Moon". He ended up playing a man interviewed for TV who doesn't believe that the Avengers are real.

There's also a deleted scene (with unfinished special effects, MetLife Building was supposed to be replaced by the Stark Tower) with a brief interaction between Lee and Steve Rogers (Captain America). 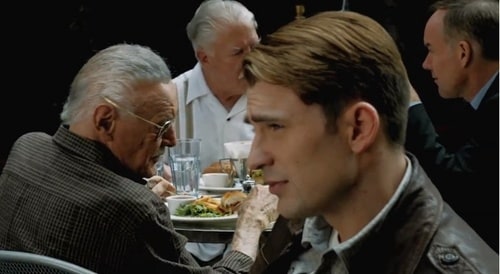 Lee cameos as a school librarian who (almost) witnesses a battle between Spider-Man and the Lizard.

6.9
Thor: The Dark World (2013)
Lee cameos as a patient in a mental ward.
Stan Lee is an American comic book writer, editor, publisher, television personality, and the former president and chairman of Marvel Comics. He has co-created several iconic superheroes, such as Spider-Man, Iron Man, the Fantastic Four, the X-Men, and the Avengers. He started Marvel Comics' expansion from a small division of a publishing house to a large multimedia corporation it is known as today. In consequence, it's only natural he gets to appear in movies based on Marvel Comics property.

Lee has also had several cameos in other movies and tv shows, including Mallrats, Heroes, Chuck and The Big Bang Theory.

Typical Movie Arguments That Irk Me... by PvtCaboose91

Some Favorite Movie Cameos by blankend

Well THAT didn't happen... by VierasTalo

I played a Comic Book Character by Dark Smile

The Evolution of Christoph Waltz by Maary

If U.S. Presidents Were Disney Characters by SFG¿mystic

The Evolution of Christopher Lee by diabolical dr voodoo

Batman and related films by badwolf

"I'll be back" by badwolf