0
In His Hands
associate producer

7
Unleashed (2005)
writer, producer
Load more items (32 more in this list)
Luc Besson is a French film mogul: directing, writing, producing and releasing films through EuropaCorp he has founded with Pierre-Ange Le Pogam. There hasn't probably been a single major modern French film or film series Besson hasn't somehow contributed to. As a director his style includes boy-like enthusiasm, breathtakingly beautiful visuals and somewhat childish sense of humor. His films also seem to be some sort of love stories, more or less twisted.

As a director Besson is probably mostly known for his hits in the 90s (La Femme Nikita, Léon, The Fifth Element) and cinéma du look -style ("style over substance, spectacle over narrative" / Guy Austin: Contemporary French Cinema). As a writer and producer he is mostly remembered for action films (such as Taxi quadrilogy, Transporter trilogy, District 13 films, Unleashed/Danny the Dog and Taken) but has contributed to several other genres as well. Directors Louis Leterrier and Pierre Morel, who are now moving or have already moved to Hollywood, started their directorial careers in Besson stable. 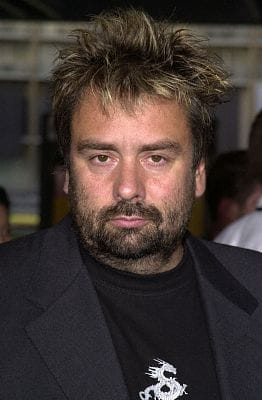 The Evolution of Romola Garai by Daniela

Movies watched in 2011 by vasova

The Evolution of Eric Idle by Maary

Personal Favorites of the Decade: 40's by Xanadon't

The Evolution of Jack Davenport by Kami

The Evolution of Freema Agyeman by Emily

"I'll be back" by badwolf

Batman and related films by badwolf

Wait, did that planet just explode? by badwolf