In Praise of Mickey Rooney 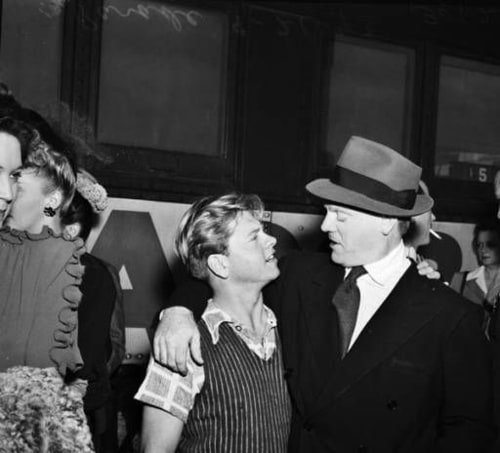 He wrote in his 1994 autobiography, “Brando: Songs My Mother Taught Me”:

“As I’ve observed before, acting talent alone doesn’t make an actor a star. It takes a combination of qualities: looks, personality, presence, ability. Like Tallulah Bankhead, Greta Garbo wasn’t much of an actress, but she had presence. She probably played the same character in every film she ever made, but she was beautiful and had an unusual personality.

“Mickey Rooney, on the other hand, is an unsung hero of the actors’ world. He never became a leading man — he was too short, his teeth weren’t straight and he didn’t have sex appeal. But like Jimmy Cagney, he could do almost anything.” 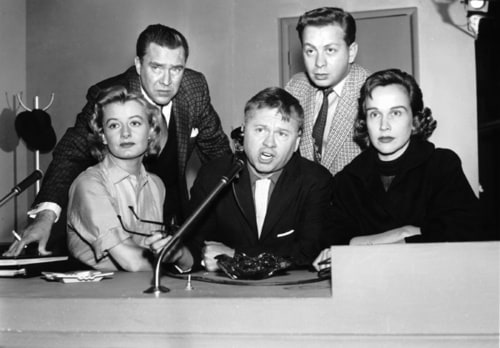 “The best actor I ever worked with.” 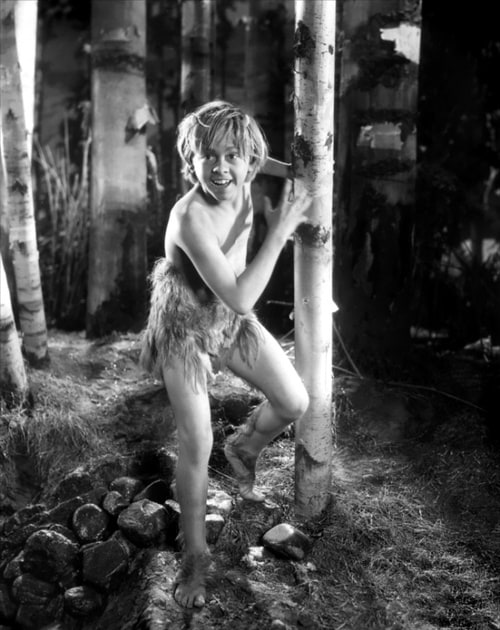 "Rooney is not just an actor of genius, but an artist able to maintain a stylized commentary on the demon impulse of the small, belligerent man."

"Rooney's Puck in A Midsummer Night's Dream (1935) is truly inhuman, one of cinema's most arresting pieces of magic. ... His toughie in Boys Town (1938) struts and bullies like something out of a nightmare and then comes clean in a grotesque but utterly frank outburst of sentimentality in which he aspires to the boy community ... His role as Baby Face Nelson (1957), the manic, destructive response of the runt against a pig society." 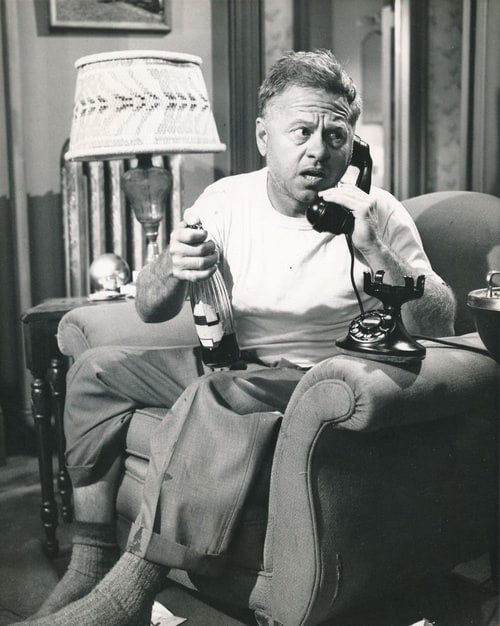 On his performance in "Eddie":

"As it turned out, Rooney could have directed himself. [As the cameras rolled] I could only stare with amazement as this superb actor picked up the prop phone and instantly became Eddie, making his desperate pitch to his customers, his brother, and finally his mother; a lonely, isolated man pleading for his life. With no actor to play against, it was a virtuoso performance. Rooney's face broke out in sweat, his eyes searching the tiny apartment as if seeking divine intervention. Mickey Rooney's performance defined talent. He was even better than I had imagined. … When we finished shooting after a little more than two days, the entire crew gave Rooney a richly deserved standing ovation." 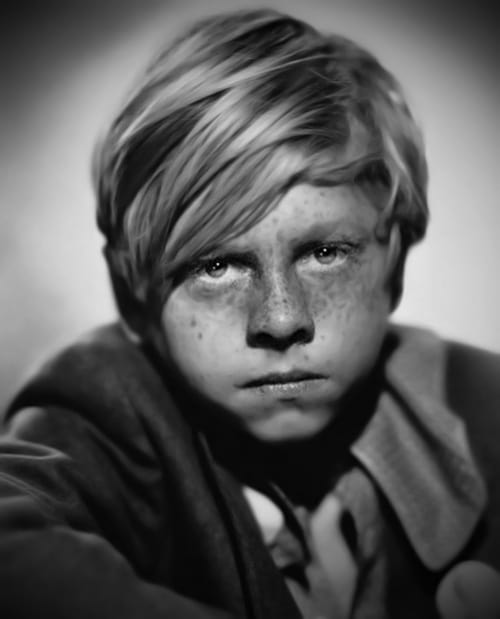 "Rooney's abundant talent, like his film image, might seem like a metaphor for America: a seemingly endless supply of natural resources that could never dry up, but which, it turned out, could be ruined by excessive use and abuse, by arrogance or power, and which had to be carefully tended to be returned to full capacity. From child star to character actor, from movie shorts to television specials, and from films to Broadway, Rooney ultimately did prove he could do it all, do it well, and keep on doing it. His is a unique career, both for its versatility and its longevity." 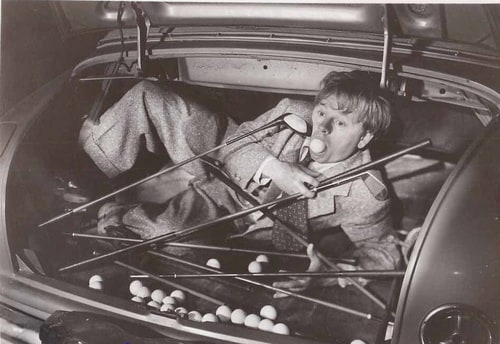 “I am quite sure about Mickey Rooney: He is an extremely wise and moving actor, and if I am ever again tempted to speak disrespectfully of him, that will be in anger over the unforgivable waste of a forceful yet subtle talent, proved capable of self-discipline and of the hardest roles …” 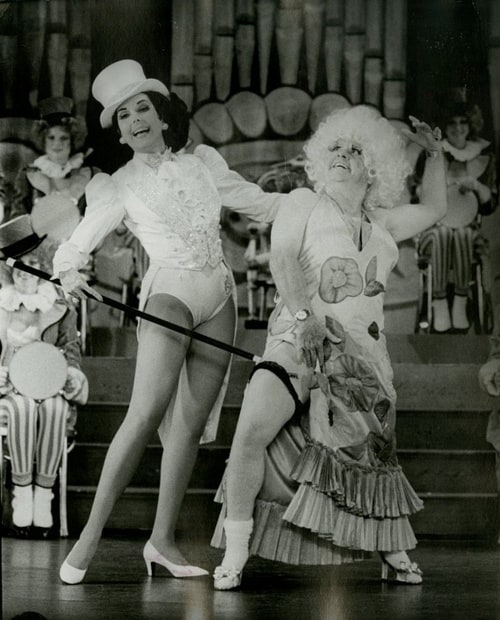 When once asked who was the greatest actor in the world, he replied:

"Mickey Rooney - he can do anything.” 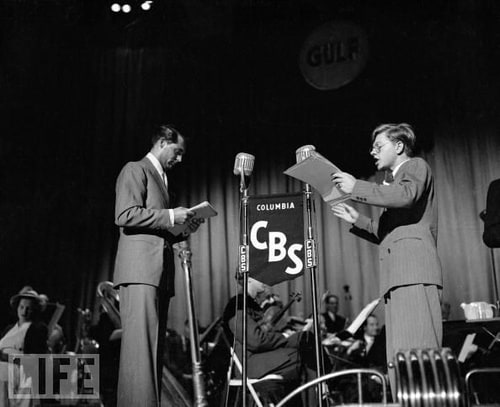 "The most talented man in the history of the movies." 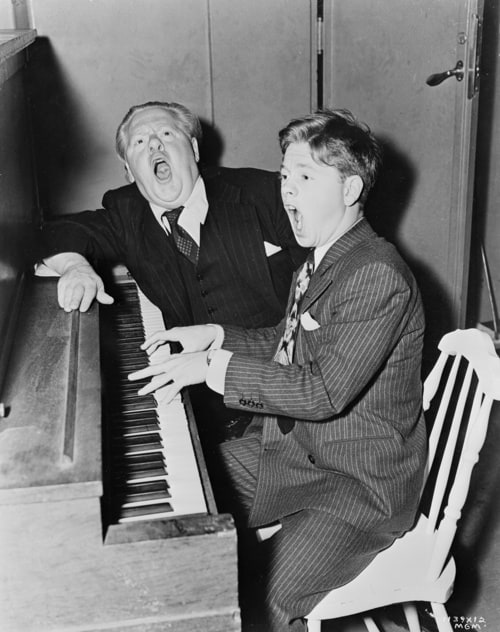 “He sings, he dances. He can make you weep, he can play tragedy, he can play comedy… He’s formidable. He can do anything, and effortlessly.”
shotswerefired's rating: 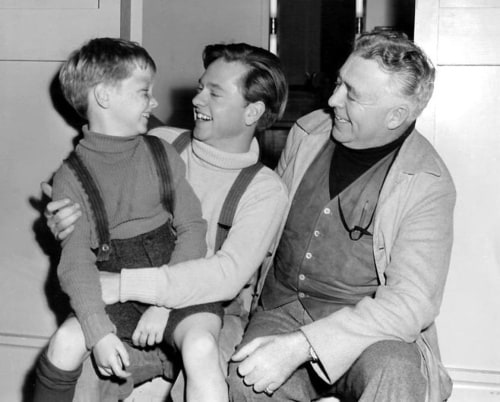 “Mickey Rooney, to me, is the closest thing to a genius I ever worked with. I still don’t know how he did it. Between takes he’d be off somewhere calling his bookmaker – then he’d come back and go straight into a scene as if he’d been working on it for three days.” 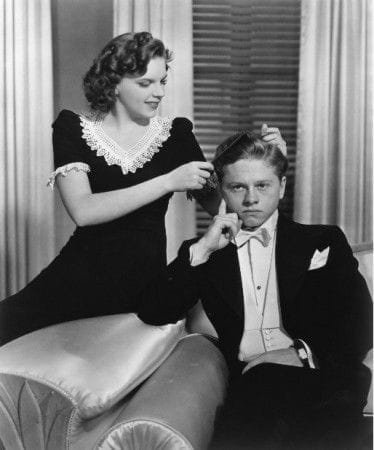 "Everyone knows Rooney, who died at the great age of 93, precisely because he lived so long, the tireless last surviving star of Hollywood's 1930s Golden Age, a performer always ready to make an appearance when there was a crowd waiting to applaud.

But Rooney was more than just any star. In the final innocent prewar years of 1939, 1940 and 1941, he was the country's biggest box-office attraction, period, end of story. And the actor reached that pinnacle not by being a dashing action hero lead or a glamorous romantic lead, but by playing a teenage boy, a character one contemporary critic called "the perfect composite of everybody's kid brother." Nothing says more than that about how America's popular culture movie tastes have changed in the interim.

Rooney wasn't just any teenager either, he was brash, exuberant, unstoppable, the kind of kid Americans once upon a time liked to feel was representative of this country at its good-hearted, irrepressible best.

Even British rocker Ray Davies and the Kinks, who in 1972 recorded "Celluloid Heroes," their classic tribute to the stars on the Hollywood Walk of Fame, paid tribute to that quality by claiming, "if you stamped on Mickey Rooney, he would still turn round and smile." Just so."

Mickey Rooney (born Joseph Yule Jr.; September 23, 1920 – April 6, 2014) was an American actor, vaudevillian, comedian, producer and radio personality. In a career spanning nine decades and continuing until shortly before his death, he appeared in more than 300 films and was one of the last surviving stars of the silent film era.

At the height of a career that was marked by precipitous declines and raging comebacks, Rooney performed the role of Andy Hardy in a series of 15 films in the 1930s and 1940s that epitomized American family values. A versatile performer, he became a celebrated character actor later in his career.

8 votes
In Praise of... (19 lists)
list by shotswerefired
Published 3 years, 8 months ago

Great films about the afterlife by Nusch

My Criterion Collection for Bluray (or Lack of) by shotswerefired

In Praise of Benny Hill by shotswerefired