Iraq, Afghanistan and The War on Terror

7.1
The 9th Company (2005)
Known as the Soviets equivilent to the Vietnam war, this film is their equivilent to 'Platoon'. A well made film based on a true story of a last stand by the Soviets against the Mujahideen. 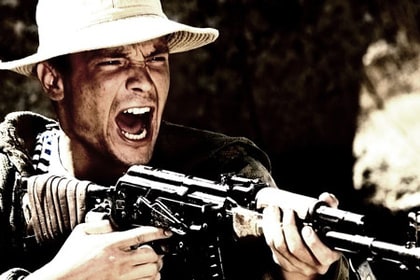 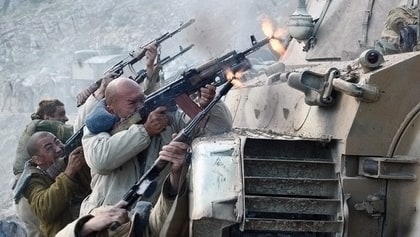 7.3
The Beast (The Beast of War) (1988)
Very good film that represents a moral struggle for a young soldier who disagrees with the actions of his ruthless commander. 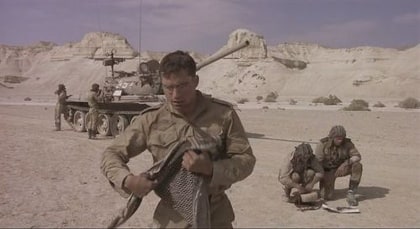 7.2
Afghan Breakdown
Iv'e heard very good things about this movie, but it's pretty hard to get hold of, annoyingly. 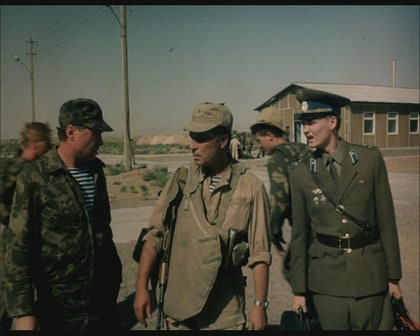 7.1
Three Kings (1999)
Fictional story about three soldiers who want to get their hands on some Iraqi gold, doesn't take itself too seriously and has some great action scenes. One of my favorites. 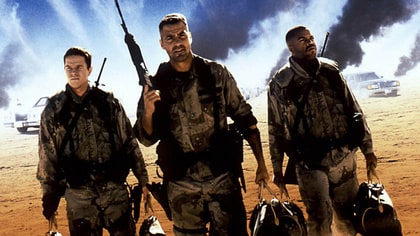 0
Bravo Two Zero (1998)
Based on a real life undercover SAS mission to find Iraqi Scud missile launchers during the Gulf War in 1991. A little known classic based on the accounts of ex-SAS soldier Andy McNab. 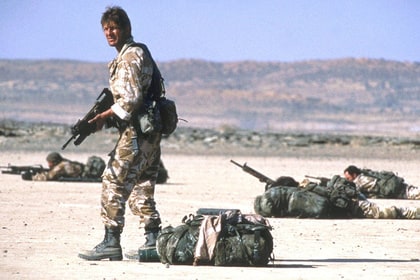 7
Jarhead (2005)
The realities of being a sniper during the Gulf War, realistic and well acted. Due to the principle of the film being to show that many of these men are specially trained and bread to kill and then in fact see no action means that the film does feature next ot know battles, so be prepared if you want to check it out. 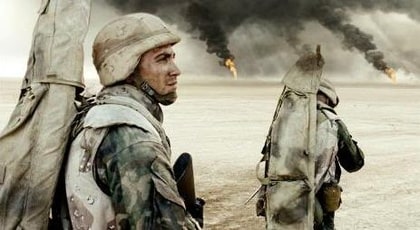 6.6
Courage Under Fire (1996)
This film follows an Investigation into whether a female chopper commander is worthy of the Medal of Honor after she died in a crash during operation Desert Storm. 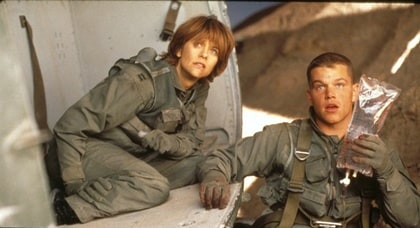 0
The One That Got Away (1995)
Based on Chris Ryan's account of the failed Bravo Two Zero mission.

0
Live from Baghdad (2002)
US TV film about a TV crew who cover the events of the Iraq war.

8.5
Generation Kill (2008)
Outstanding series! From the makers of 'The Wire' comes a highly accurate account of a US recon teams time in the Iraq war. 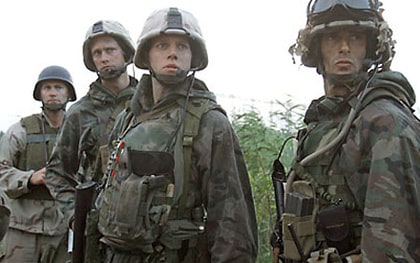 7.5
The Hurt Locker (2008)
Follows a US bomb disposal units tour of Iraq. Doesn't seem to be everyones cup of tea, however I personally thought it was a very well made and insightful film. Would recommend to any war movie fan. 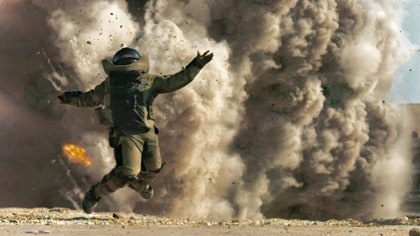 7.3
American Sniper (2015)
Follows the famous Navy Seal Chris Kyle who has the most confirmed kills of any US sniper. Bradley Cooper shines in the role and although Chris Kyle was a deadly sniper, Cooper portrays the more human sides of Kyle very well and how he was torn between the duty to his country and fellow soldier and his young family back home.
The combat scenes are first rate also, the only thing I would say is that it is very one sided, but at the end of the day it is a film about Chris Kyle and I think it would have been wrong to start going off on a tanjent and detailing the rough time many Iraquies had or to start questioning the reasons for the war.
This film is about Chris Kyle and the decisions he made and it's very good. 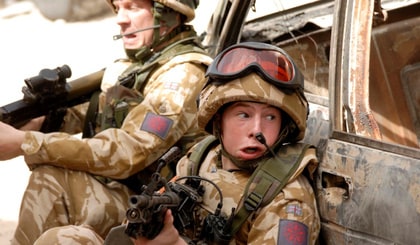 0
The Messenger (2010)
A story about the unenviable troops who have to pass on the messages to those that have lost their loved ones. 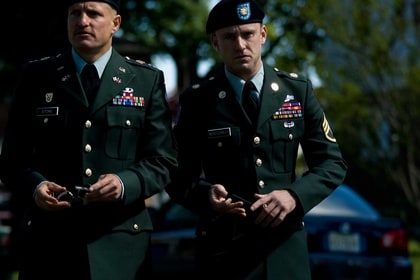 0
In The Valley Of Elah (2008)
Tommy Lee Jones plays a former detective desperatly trying to find out what happened to his son in Iraq and how that lead to his disappearance back home. Not a film to watch if you are after frontline fighting, more of a detective drama, excellent film. 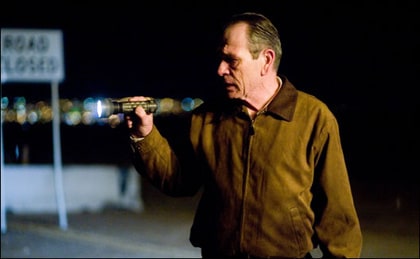 0
Stop-Loss
Deals with the issue of Stop-Loss, in which US troops can be sent back into combat even after they have served their allotted time on the front-line. Better than I expected, a good eye opener. Word of note for those looking for combat, it's focus is on back home in the USA, so combat scenes are only really shown near the beginning. 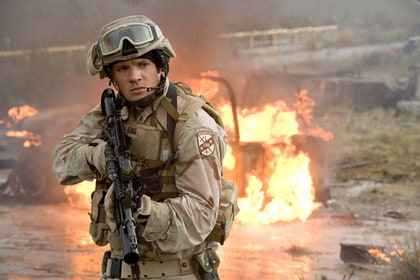 0
Battle For Haditha (2007)
Loosely based on factual events, this movie portrays when 24 Iraqi men, women and children were killed in Haditha (14 alleged to be non-combatants), allegedly by US Marines. A contraversial film, but an interesting watch, a must see for those with a interest in the Iraq War.

(Following the films release all charges against the troops have been dropped due to lack of evidence). 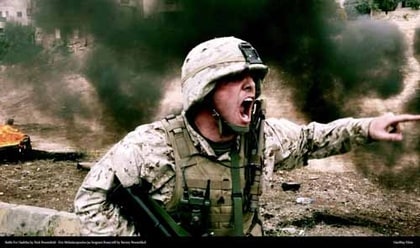 0
Memorial Day (2012)
This movie tells the story of a boys who finds his Grand fathers old footlocker with his belongings from WWII in it, the Grandfather tells his Grand Son several stories from his time in the army during WWII and conversely the movie shows future pictures of when his Grand son will serve with the armed forces in Iraq.

0
Home of the Brave (2007)
Samuel L. Jackson is the only actor to come out of this without losing respect for me. The movie tries to make some good points about how the war affects the soldiers once they come back home, but I felt it painted a one sided picture of what soldiers go through when they came back from Iraq. An anti-war film that laid it on a bit too thick for me, I wasn't a fan.

By all means if you are interested check it out, I'd read various critical reviews before I checked it out myself. 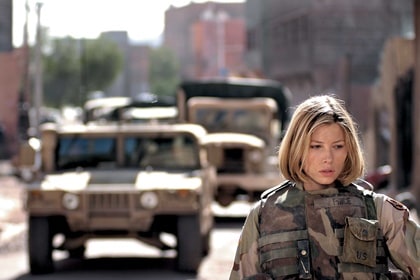 0
Over There - Season 1
Very different to Generation Kill, less realistic, more of a soap opera/mainstream feel to it, but enjoyed it nonetheless. 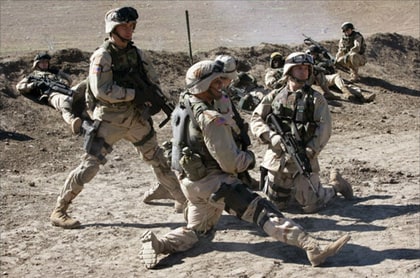 0
Occupation (2009)
BAFTA Award–winning BBC TV serial that follows three soldiers that served in Iraq. After finishing their tour and returning to the UK each is inspired to return to Basra for their own personal reasons. 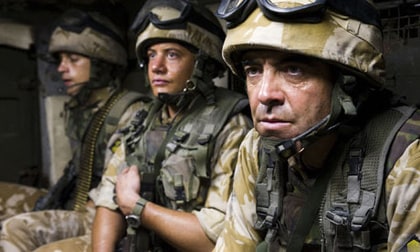 0
Homeland: Season 1 (2012)
US Marine Sergeant Nicholas Brody comes home a war hero after serving in Iraq for 8 years, however CIA agent Carrie Mathison suspects he may be plotting a terrorist attack on the US. 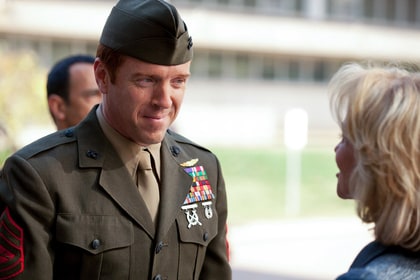 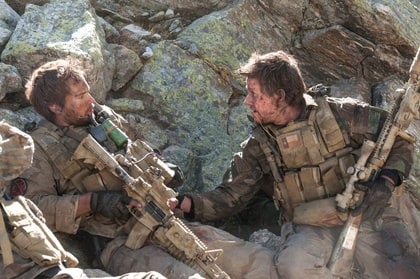 0
Brothers (2010)
Another film on the effects of combat of the human psyche, well acted and a solid movie. 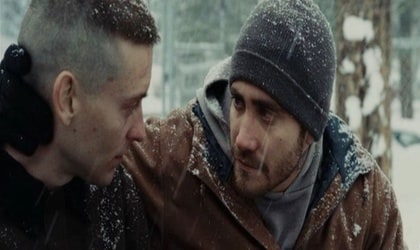 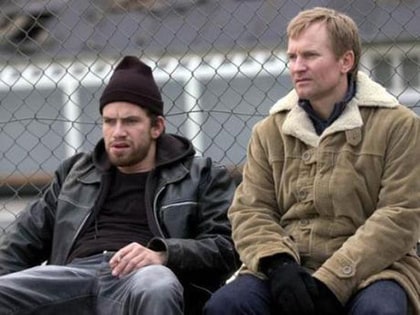 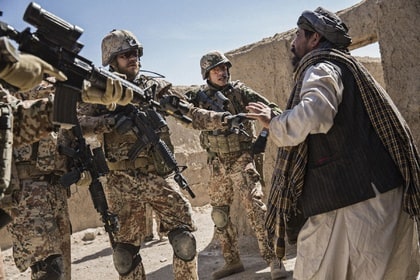 0
Special Forces (2012)
A French journalist in Afghanistan is kidnapped by the Taliban. A French movie that has more of the kind of elements that you would relate to a traditional war movie - Action!. 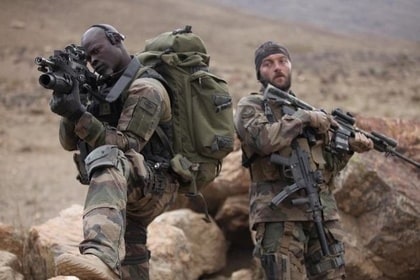 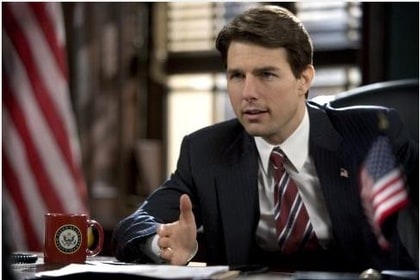 The War on Terror

0
The Unit - Seasons 1-4 (2010)
Follows the lives of an elite special forces group simply named 'The Unit', focusing both on their missions and their lives at home. Some episodes are first class and the series as a whole is well worth a watch.

“24 meets Desperate Housewives in this gripping US drama…” (Radio Times) 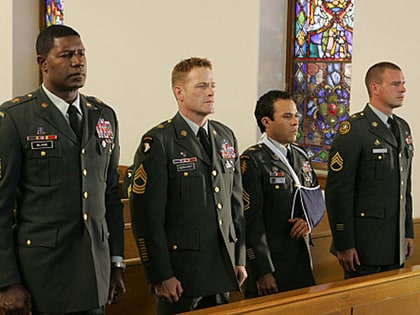 0
Body Of Lies (2008)
Di Caprio plays a CIA agent operating in Jordan, looking for evidence of terrorist activities. A very solid and easy to follow flick, well worth a watch. 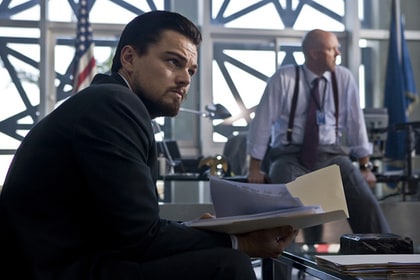 0
The Kingdom (Widescreen Edition) (2007)
Set in Saudi Arabi, is seen by many as a political comment by Peter Berg, but features solid action and acting, worth a look if you're interested. 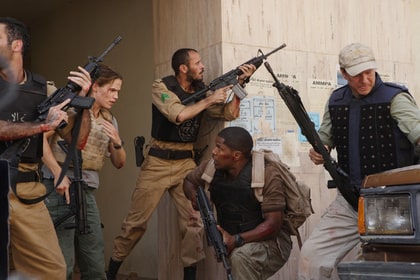 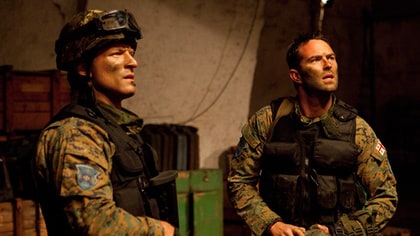 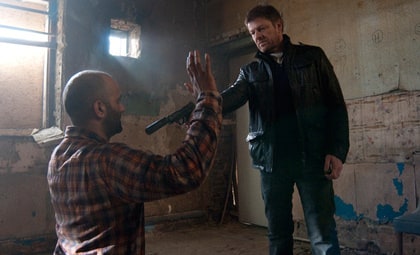 Includes both TV shows and Movies, currently does not feature documentaries


List ordered by the finishing date of the conflict

The flags denote the the countries that the films perspective is taken from. Please inform me if you feel a flag is missing or wrongly placed.

Let me know what you think

History of My Profile by jaytoast

My Top Documentaries by Xanadon't

Posters my dad brought home by the giraffe

I was a preteen metalhead by the giraffe

My favorite movie soundtracks and themes by Maurine

My Favourite Films... So far by Phil_Sump