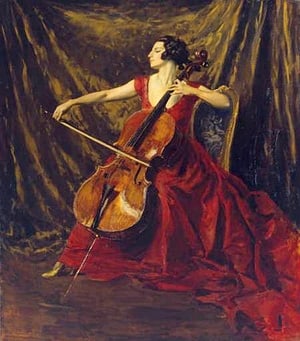 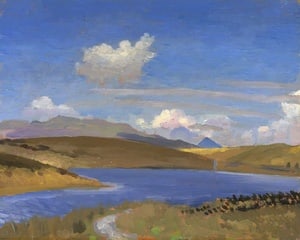 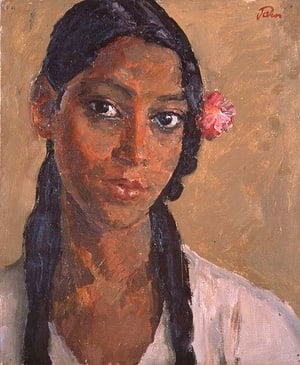 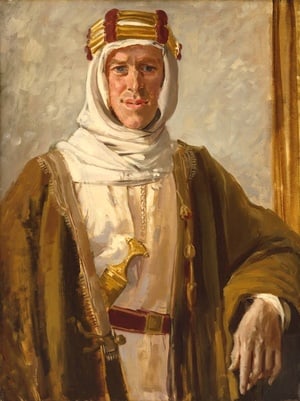 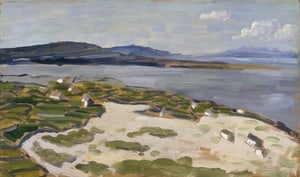 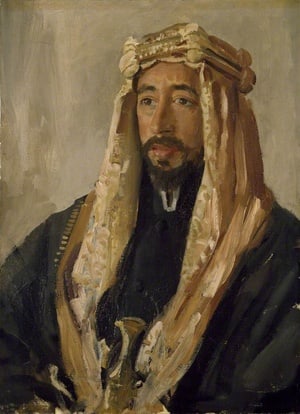 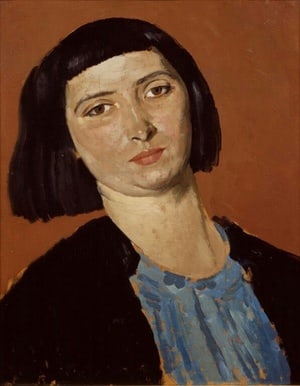 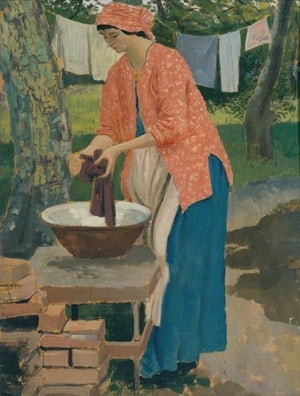 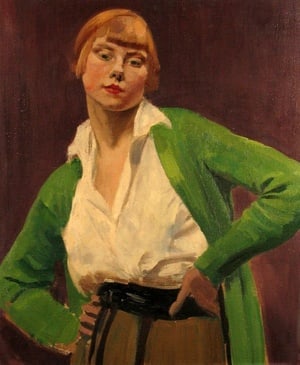 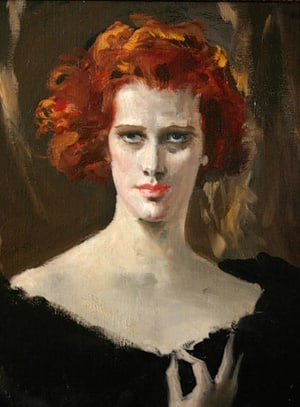 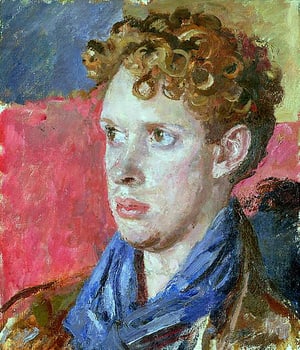 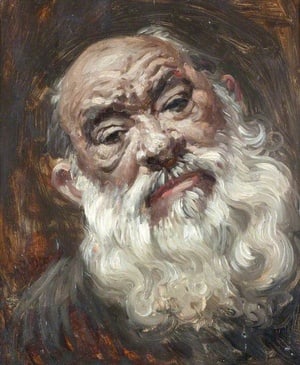 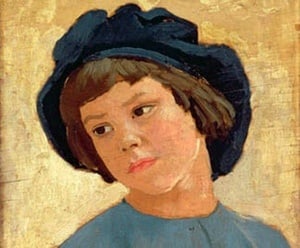 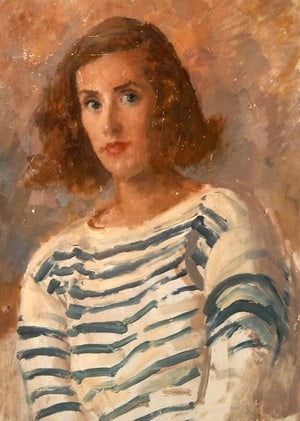 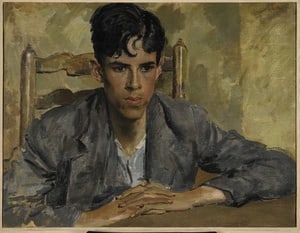 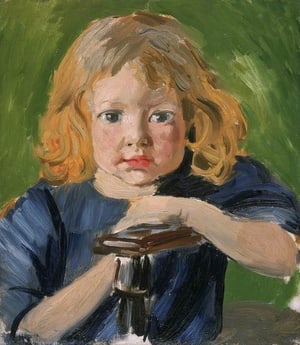 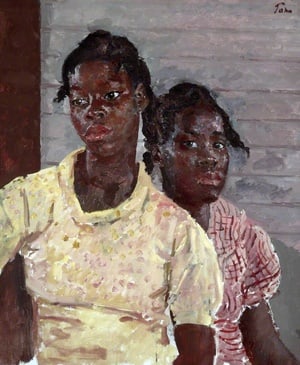 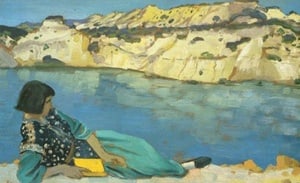 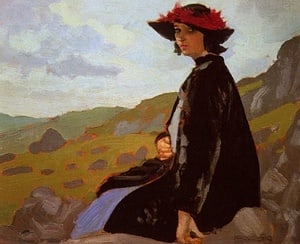 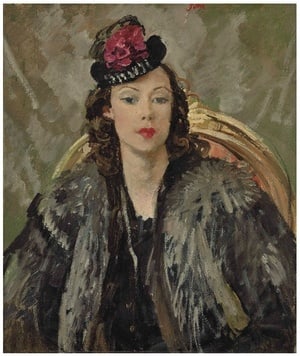 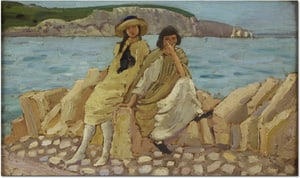 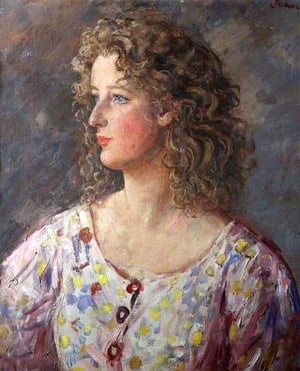 Augustus John was famous not only as a portrait painter and superb draughtsman but also for a bohemian lifestyle (he travelled with romanies in a horse-drawn caravan), with ménage a trois, numerous affairs and offspring, including Gwyneth Johnstone, who also became an artist. His portraits have a loose deft touch and I especially like his Llyn Tryweryn painting, capturing a great sense of freedom in the Welsh landscape.

Augustus Edwin John OM RA (4 January 1878 – 31 October 1961) was a Welsh painter, draughtsman, and etcher. For a short time around 1910, he was an important exponent of Post-Impressionism in the United Kingdom.

"Augustus was celebrated first for his brilliant figure drawings, and then for a new technique of oil sketching. His work was favourably compared in London with that of Gauguin and Matisse. He then developed a style of portraiture that was imaginative and often extravagant, catching an instantaneous attitude in his subjects."

John was born at Tenby in Pembrokeshire, the younger son and third of four children in his family. His father was Edwin William John, a Welsh solicitor; his mother, Augusta Smith from a long line of Sussex master plumbers, died young when he was six, but not before inculcating a love of drawing in both Augustus and his older sister Gwen. At the age of seventeen he briefly attended the Tenby School of Art, then left Wales for London, studying at the Slade School of Art UCL in London (his sister, Gwen, was with him at the Slade and became an important artist in her own right), where he became the star pupil of drawing teacher Henry Tonks, and even before his graduation was recognized as the most talented draughtsman of his generation.

In the summer of 1897, John was seriously injured while swimming, and the lengthy convalescence that followed seems to have actually stimulated his adventurous spirit and accelerated his artistic growth. In 1898, he won the Slade Prize with Moses and the Brazen Serpent. John afterward studied independently in Paris where he seems to have been influenced by Puvis de Chavannes.

The need to support Ida Nettleship (1877–1907), whom he married in 1901, led him to accept a post teaching art at the University of Liverpool.

Augustus John and his student James Dickson Innes spent two years painting in the Arenig valley around 1910, especially the mountain Arenig Fawr. In 2011 this period was made the subject of a BBC documentary titled The Mountain That Had to Be Painted.

Some time in 1910, John fell in love with the town of Martigues, in Provence, located halfway between Arles and Marseilles, and first seen from a train en route to Italy. John wrote that Provence "had been for years the goal of my dreams" and Martigues was the town for which he felt the greatest affection. "With a feeling that I was going to find what I was seeking, an anchorage at last, I returned from Marseilles, and, changing at Pas des Lanciers, took the little railway which leads to Martigues. On arriving my premonition proved correct: there was no need to seek further." The connection with Provence continued until 1928, by which time John felt the town had lost its simple charm, and he sold his home there.

He was, throughout his life, particularly interested in the Romani people (whom he referred to as "Gypsies"), and sought them out on his frequent travels around the United Kingdom and Europe. For a time, shortly after his marriage, he and his family, which included his wife Ida, mistress Dorothy (Dorelia) McNeill, and John's children by both women, travelled in a caravan, in gypsy fashion. Later on he became the President of the Gypsy Lore Society, a position he held from 1937 until his death in 1961.

During World War I, he was attached to the Canadian forces as a war artist and made a number of memorable portraits of Canadian infantrymen. The end result was to have been a huge mural for Lord Beaverbrook and the sketches and cartoon for this suggest that it might have become his greatest large-scale work. However, like so many of his monumental conceptions, it was never completed. As a war artist, he was allowed to keep his facial hair and therefore, he and King George V were the only Army officers in the Allied forces to have a beard. After two months in France he was sent home in disgrace after taking part in a brawl. Lord Beaverbrook, whose intervention saved John from a court-martial, sent him back to France where he produced studies for a proposed Canadian War Memorial picture, although the only major work to result from the experience was Fraternity.

Although well-known early in the century for his drawings and etchings, the bulk of John's later work consisted of portraits, some of the best of which were of his two wives and his children. He was known for the psychological insight of his portraits, many of which were considered "cruel" for the truth of the depiction. Lord Leverhulme was so upset with his portrait that he cut out the head (since only that part of the image could easily be hidden in his vault) but when the remainder of the picture was returned by error to John there was an international outcry over the desecration.

It was said that after the war his powers diminished as his bravura technique became sketchier. One critic has claimed that "the painterly brilliance of his early work degenerated into flashiness and bombast, and the second half of his long career added little to his achievement." However, from time to time his inspiration returned, as it did on a trip to Jamaica in 1937. The works done in Jamaica between March and May 1937 evidence a resurgence of his powers, and amounted to "the St. Martin's summer of his creative genius".

Of his method for painting portraits John explained:

“ Make a puddle of paint on your palette consisting of the predominant colour of your model's face and ranging from dark to light. Having sketched the features, being most careful of the proportions, apply a skin of paint from your preparation, only varying the mixture with enough red for the lips and cheeks and grey for the eyeballs. The latter will need touches of white and probably some blue, black, brown, or green. If you stick to your puddle (assuming that it was correctly prepared), your portrait should be finished in an hour or so, and be ready for obliteration before the paint dries, when you start afresh. ”

Early in 1900, he married his first wife, Ida Nettleship (1877–1907); the couple had five children. After her death in 1907, his mistress Dorothy "Dorelia" McNeill, a Bohemian style icon, became his partner and later became his second wife, with whom he had two children. One of his sons (by his first wife) was the prominent British Admiral and First Sea Lord Sir Caspar John. His daughter Vivien John (1915–1994) was a notable painter.

By Ian Fleming's widowed mother, Evelyn Ste Croix Fleming née Rose, he had a daughter, Amaryllis Fleming (1925–1999), who became a noted cellist. Another of his sons, by Mavis de Vere Cole, is the television director Tristan de Vere Cole noted for his contributions to TV series from the Sixties to the Eighties. His son Romilly (1906–1986) was in the RAF, briefly a civil servant, then a poet, author and an amateur physicist. Poppet (1912–1997), John's daughter by his second wife, married the Dutch painter Willem Jilts Pol (1905–1988) whose daughter Talitha (1940–1971), a fashion icon of 1960s London, married John Paul Getty, was famously photographed in Marrakesh by Patrick Lichfield, and, after a brief hedonistic life, died of a drug overdose. His daughter Gwyneth Johnstone (1915–2010), by musician Nora Brownsword, was an artist.

In later life, John wrote two volumes of autobiography, Chiaroscuro (1952) and Finishing Touches (1964). In old age, although John had ceased to be a moving force in British art, he was still greatly revered, as was demonstrated by the huge show of his work mounted by the Royal Academy in 1954. He continued to work up until his death in Fordingbridge, Hampshire in 1961, his last work being a studio mural in three parts, the left hand of which showed a Falstaffian figure of a French peasant in a yellow waistcoat playing a hurdy gurdy while coming down a village street. It was Augustus John's final wave goodbye.

He joined the Peace Pledge Union as a pacifist in the 1950s, and on 17 September 1961, just over a month before his death, he joined the Committee of 100's anti-nuclear weapons demonstration in Trafalgar Square, London. At the time, his son, Admiral Sir Caspar John was First Sea Lord and Chief of Naval Staff.

He is said to have been the model for the bohemian painter depicted in Joyce Cary's novel The Horse's Mouth, which was later made into a 1958 film of the same name with Alec Guinness in the lead role.

He became a leader of the New English Art Club, where he chiefly exhibited. With his vivid manner of portraiture and his ability to catch unerringly some striking and usually unfamiliar aspect of his subject, he superseded Sargent as England's fashionable portrait painter. In 1921 he was elected an Associate of the Royal Academy and elected a full R.A. in 1928. He was named to the Order of Merit by King George VI in 1942. He was a trustee of the Tate Gallery from 1933–41, and President of the Royal Society of Portrait Painters from 1948–53.
(Wikipedia)

The Evolution of Cécile De France by SFG¿mystic

Favourite Albums of 2014 by El Paulo

Good because Polish- Music by emilia

My Literature lists by Kenji

Books by Women: a Selection by Kenji