The Flash - The Complete Second Season 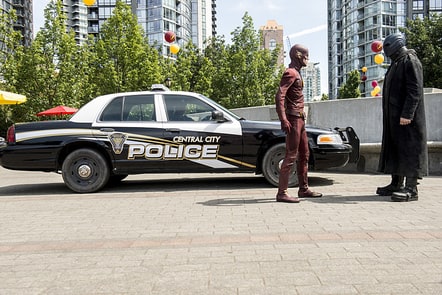 Still feeling responsible for Eddie's death, Barry pushes his friends away and tries to protect the city on his own; Cisco assists Joe with the Meta Task Force. 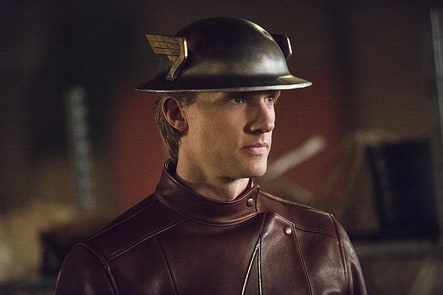 A mysterious man brings warning of an evil speedster intent on destroying The Flash, and a determined officer wants to join Joe's meta-human task force. 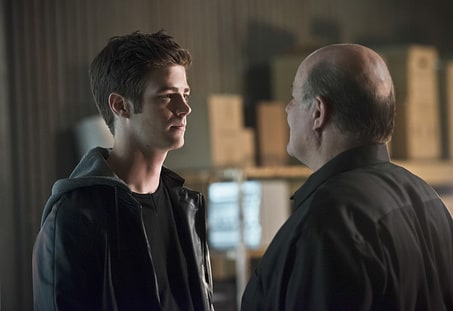 Barry and the team ally with the kidnapped Captain Cold's sister, but Barry feels duped when he learns Snart is working on something with his father; Joe faces a difficult decision. 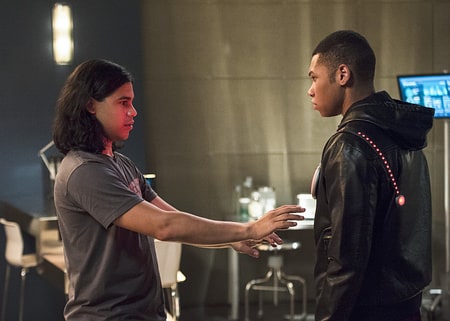 The quest to find the destabilizing Dr. Stein a new merge partner brings about the emergence of a new, hot-tempered, meta-human malcontent. 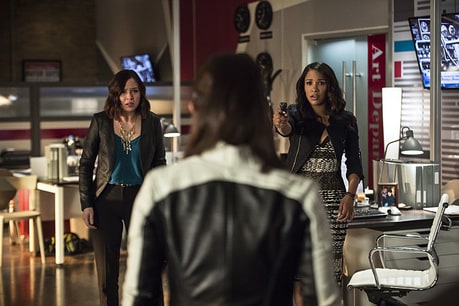 As an encounter with another Earth-2 meta-human leaves Barry blinded (right before his first date with Patty), Dr. Wells outs Cisco. 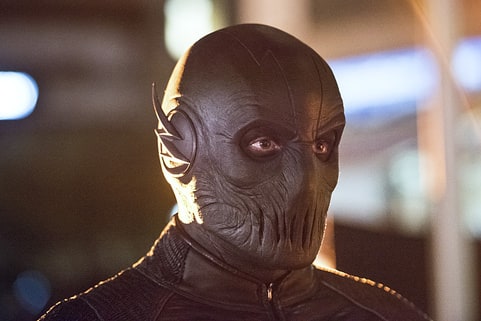 Barry and his team plan to trap Zoom with Linda's help while Joe is against it. 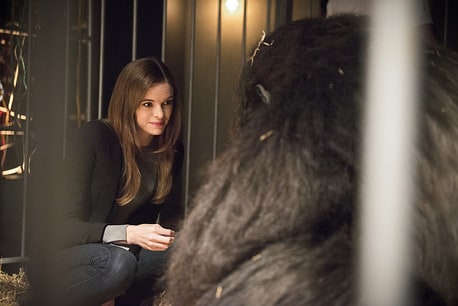 Barry's team races to rescue Caitlin when Grodd abducts her; Cisco plans a date with the new barista at Jitters; Patty knows Barry is hiding something. 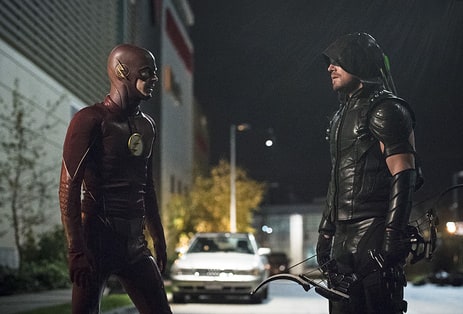 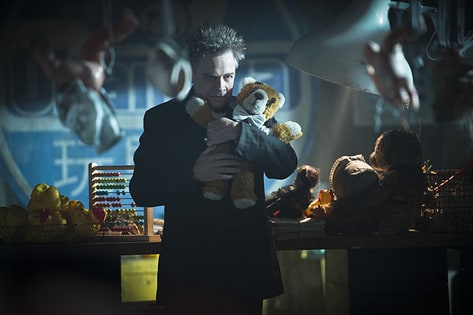 Believing Flash to be weakened, Weather Wizard returns to break Captain Cold and The Trickster out of Iron Heights Prison to form a triumvirate against him at Christmastime. 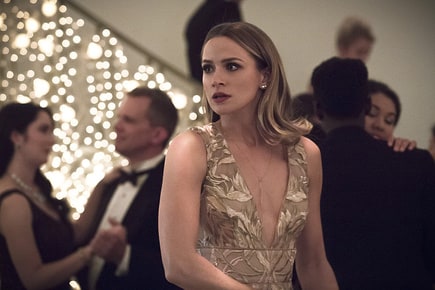 Barry and the S.T.A.R. Labs team hunt down The Turtle, who steals kinetic energy. Barry faces a choice on whether or not he should reveal his secret identity to Patty. 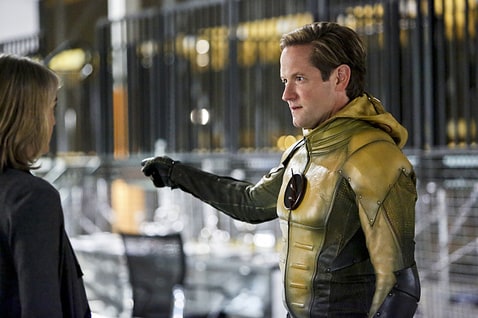 Dr. Wells figures out how to induce Cisco's ability; they hence learn that Eobard Thawne is still alive. Iris says farewell to her mother. Patty realizes there's more to Barry than meets the eye. 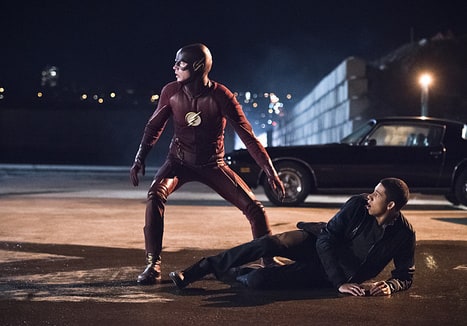 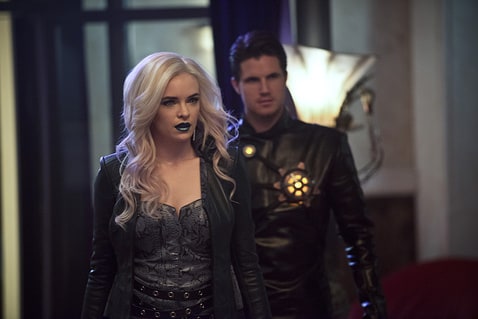 Harrison, Cisco and Barry travel to Earth-2 to save Harrison's daughter. Barry assumes the role of his doppelganger, who's married to Iris. He then encounters alternate-Caitlin and alternate-Ronnie, who are Zoom's agents. 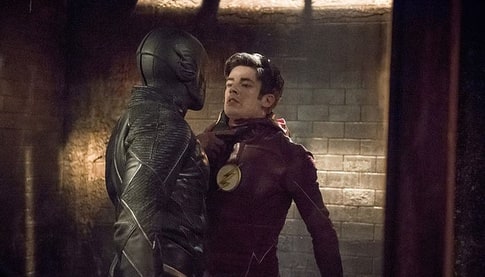 On Earth-2, the team asks for help from an unexpected source to find Zoom's lair, while on Earth-1, Caitlin tries to perfect Velocity-9 so Jay can stop the Geomancer. 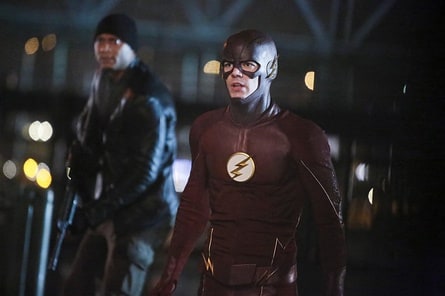 When King Shark escapes from an A.R.G.U.S. holding tank, Lyla and Diggle travel to Central City to warn The Flash. King Shark shows up at the West house and attacks Joe, Iris, Wally and Barry. 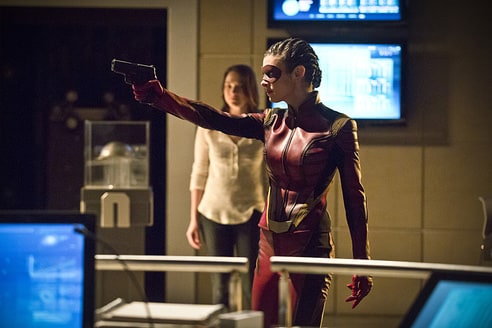 While The Flash gets blamed for a lady speedster's anti-social antics, Jesse becomes appalled at how far Harrison will go to protect her. 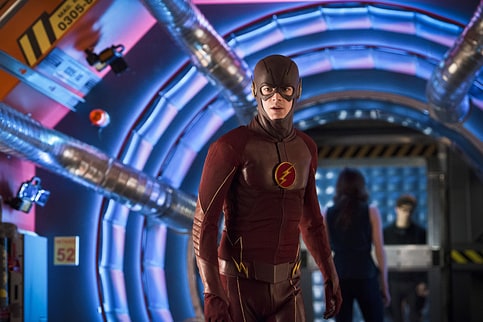 To become fast enough to beat Zoom, Barry travels back in time to consult with Dr. Wells/Eobard Thawne but incurs the wrath of a Time Wraith. 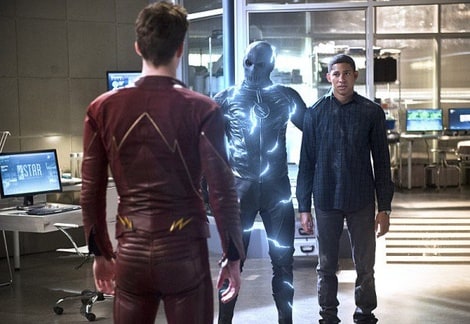 Barry, having now learned how to travel between the different Earths, decides to take the fight to Zoom. 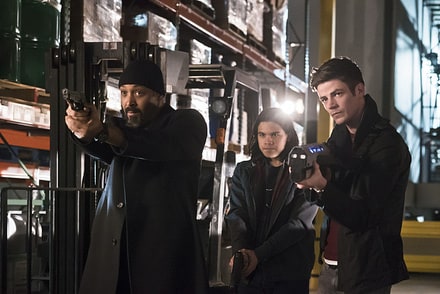 As Barry adjusts to life without superpowers, a super-strong meta-human abducts Harrison, and Wally pesters Joe for a meeting with The Flash. 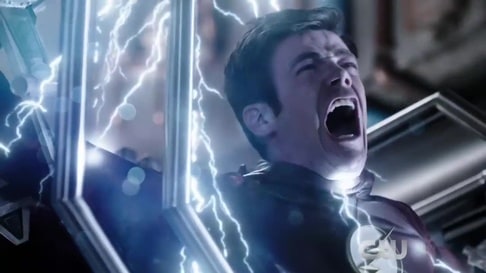 Just as Wells comes up with a plan to defeat Zoom, Zoom returns hellbent on destroying Central City. Meanwhile, Cisco has a vision of his brother, and Iris comes to terms with her feelings. 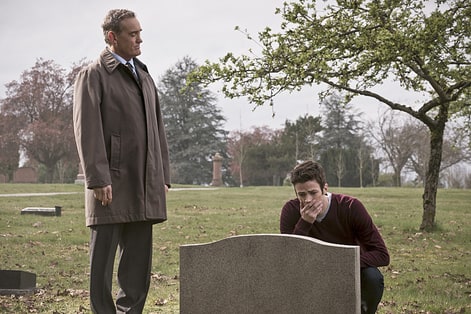 Iris volunteers to act as the bait in a plan to trap Girder in S.T.A.R. Labs; Barry struggles to go back to his old life. 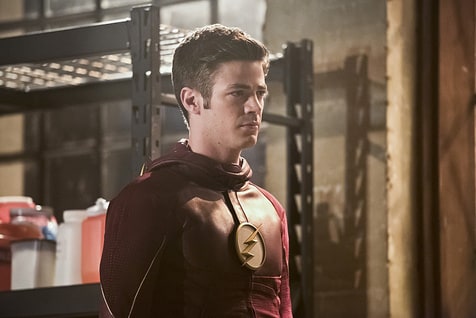 Zoom unleashes an army of Earth-2 meta-humans, the leader of which is Black Canary's doppelganger, Black Siren; Joe worries when Wally goes out to help The Flash. 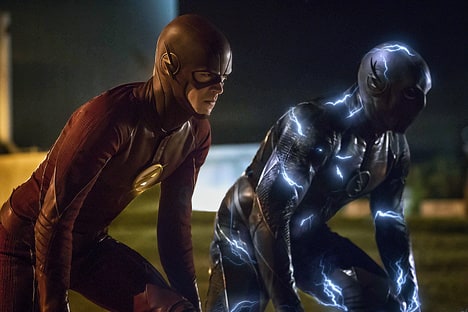 With Zoom's true plan revealed, Team Flash fears Barry's resolve to do whatever it takes to stop him.

My name is Barry Allen and I am the fastest man alive. To the outside world, I am an ordinary forensic scientist. But secretly, with the help of my friends at S.T.A.R. Labs, I fight crime and find other meta-humans like me. I hunted down the man who killed my mother. But in doing so, I opened up our world to new threats, and I am the only one fast enough to stop them. I am The Flash."