"TURN THE LIGHT ON!!! I KNOW IT'S A DARK...for heaven's sake Ron, just get a spotlight."
Michael M's rating:

"If I was a GP, and somebody walked into my surgery and pitched Revolver, I would reach for the medicine cabinet, I would immediately prescribe you know, electroshock therapy and leaches, I would have men in white coats take them away, I would take away their shoes..."

Here's what I think happened with the lighting thing, I think Christian Bale was on set and somebody moved a light, and he just suddenly went, I've woken up, I'm..I'm in a movie directed by McG, I'm..I'm in Charlie's Angels 3! One minute I was considered one of the great acting talents of the generation and suddenly it's like that thing, suddenly you've waken up naked in your maths exam, you know everyone has that right..."

"If you exist, in the region of people who have not yet fallen for the Big Momma spell, outside of the all people, in all times, in all ages, anywhere ever, this is the film for you."

"Here's what I did for my stag night, I took myself to a cinema in London to watch the 70 mm print of The Exorcist and went home and had an early night, and do you know what, one of the best nights of my life, loved it."
Michael M's rating:

"It's a movie so bad that even stupid people will﻿ hate it."

"This is like swimming in a sewer, and not in a good way."

So tell us Mark, what's this good way of swimming in a sewer?

"Gerard Butler however is the talk of the town, all the women want to be with him, and the women are Catherine Zeta Jones, Judy Greer and Una Thurman, glamorous women, but the minute they set their eyes on Gerard Butler oooohhh, that's it, they're falling over themselves to be with him. The local men all want to be him, spectacularly Dennis Quaid who is this businessman who's desperate to get Gerard to be his friend. Meanwhile all the kids want him to teach them how to play football."

"Don't like him, no he's very bad, very bad man, very bad man over there. Over here! Over here, mullety haired, loud, shouty person, running around on the football pitch, being a little bit rebellious. Like him! Like him! Go for him." 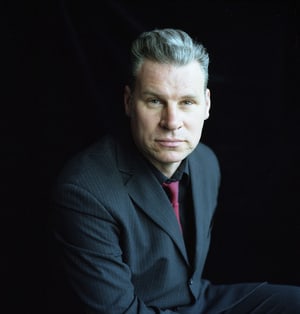 Dolph Lundgren: Movies i have seen. by Aprakadabra

Celebrity Crime and Punishment by filmbuilder

The Films Of: Andrew Dominik by Aldenvdk

The Evolution of Zach Gilford by Emmabell

My Ultimate Indie Song (and some) Playlist by geojones100

Movies I Most Need To Watch Again by Kev64

My Best to Worst lists by Michael M