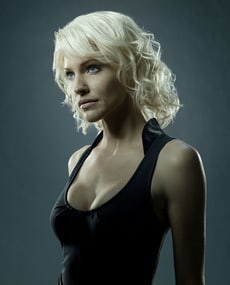 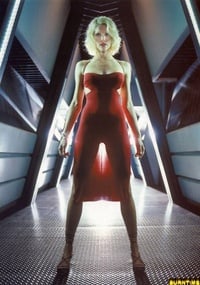 Life is a melody. A rhythm of notes that become your existence once played in harmony with God's plan.

The Seductress
Beautiful in almost everyway, Number Six is quite an enigmatic model. She has been the most explored model and every one of them shows a certain faith in mysticism. We have seen so many variations of Number Six that its tough to say what her original archetype was, except for eye candy! 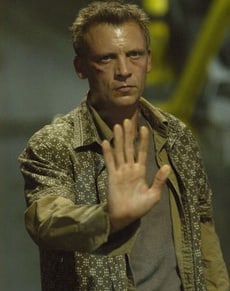 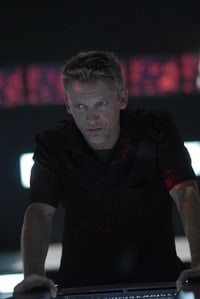 Each of us plays a role; each time a different role. Maybe the last time I was the interrogator and you were the prisoner. The players change, the story remains the same. And this time – this time – your role is to deliver my soul unto God. Do it for me. It's your destiny. And mine.

The Believer
Number Two are almost in direct opposition to Number One. Faith is his motivation. His belief in God's plan is absolute and he would follow it to his destruction. He doesn't rely much on the truth though, he'll try his best to pull the wool over your eyes. 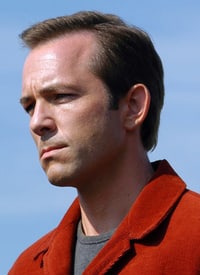 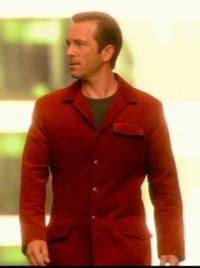 They would have destroyed themselves anyway. They deserve what they got.

The Extremist
Number Five is relatively reserved & emotionless compared to the other models. Their reason for being is totally devoted to the initial Cylon plan of wiping out the human race as punishment for enslaving their predecessors.

Number Fives were able to infiltrate the fleet on numerous occassions to cause confusion and disarray wherever they could. 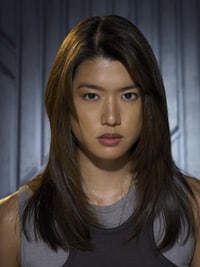 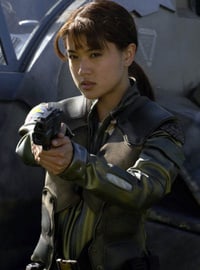 I know who I am. I don't have hidden protocols or programs lying in wait to be activated. I make my own choices. I make my own decisions. And I need you to know this is my choice.

The Spy
Number Eights represent naivety, youth and compassion. As part of their programming they are usually unaware of their nature until a certain moment. This model also displays erratic allegiance and you are never quite sure whose side she really is on. 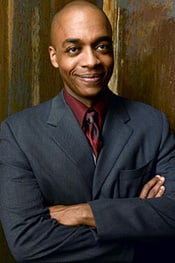 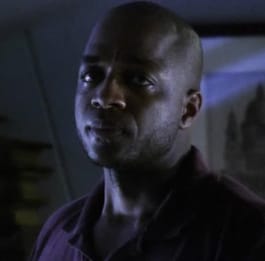 If it is [regret], it certainly is none of your concern.

The Scientist
The least seen of all the models. Number Four represents cold, calculating and logical understanding of the world around him. However, he is quite manipulative with his friendly and pleasant demeanour.

The Number Fours are always portrayed as doctors who tirelessly operate, experiment and vivisect human specimens. Unlike other models, they are not combat efficient and rely more on their intellectual prowess. 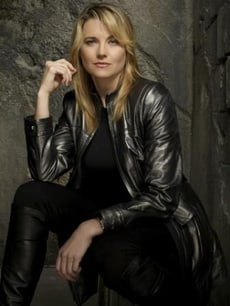 This is my destiny. To see what lies between life and death.

The Prophet
Number Three set themselves apart from the others by acting as if they are superior. She conflicts with most of the other models because she tends to rebel against what they stand for and what they are planning to do.

D'Anna discovers the identities of the Final Five and is 'boxed' for delving into matters that shouldn't concern her by Number One. She is later awakened and is the only surviving member of her line after the destruction of the resurrection hub. She decides to spend her remaining days as a mortal on the desolate surface of Earth.

Given Name: Unknown
Alias': D'Anna Biers
Height: 5'11"
Faction: 'Boxed' before the start of the civil war, but eventually became the leader of the Cylon Rebels.
Status: Extinct
Seaworth's rating: 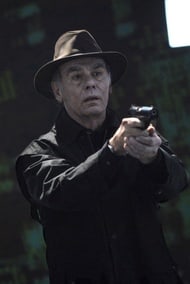 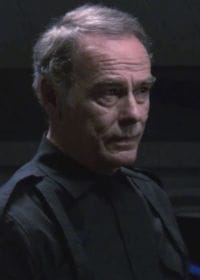 Do you know how useless prayer is? Chanting, and singing, and mucking about with old half-remembered lines of bad poetry? And you know what it gets you? Exactly nothing.

The Mastermind
Some would say the brains of the operation, they could be right. Number One represents the mockery of other people's beliefs, an atheist at heart, he enjoys nothing more than hating on divinity. Sadistic, unsympathetic and cruel. He believes in going to extreme lengths to maintain control. He knows a lot more about what goes on behind the scenes than all his sibling models.

The Number Ones all share an identical personality which owes to their unique aspiration of becoming more machine-like. 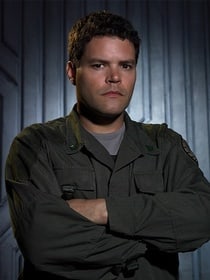 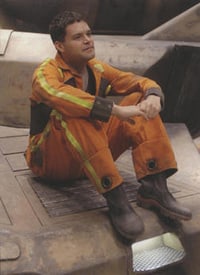 I feel something in here. Something true. But here I am setting [explosive] charges in this special place. Holiest of the holies. And I'm gonna blow it up.

As a member of the Final Five, Tyrol is fundamentally different from the other models. His 'programming' is not as easy to clasify.

However, Tyrol always shows a high sense of loyalty and understands the way things work. He is a brilliant engineer which seems to have been utilised from his blocked memories. 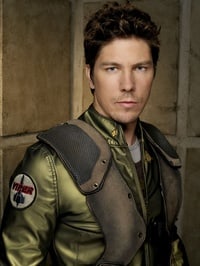 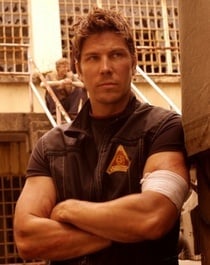 Gotta lighten up a bit. It's only the end of the world.

As a member of the Final Five, Anders is fundamentally different from the other models. His 'programming' is not as easy to classify.

Anders always appears as the most morally adjusted individual in comparison to his compatriots. He is a quick learner as evidenced by his adpating to guerilla warfare on both Capricas and becoming a Viper Pilot in a short time.

After an almost fatal gunshot, Anders memories all come flooding back to him. He struggles as he recites the Final Five's life and mission before they were betrayed by Number One. In an attempt to save his life, he was operated on to remove the bullet imbedded in the back of his skull. This proves counter-active as it leaves him braindead. Anders is then converted into Galactica's own hybrid, providing much needed defence and operational measures for the old girl. 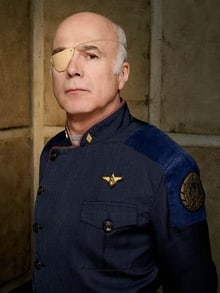 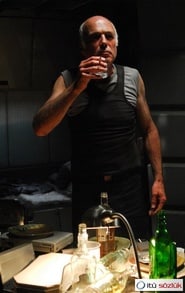 Which side are we on? We're on the side of the demons. We are evil men in the gardens of paradise, sent by the forces of death to spread devastation and destruction wherever we go. I'm surprised you didn't know that.

As a member of the Final Five, Tigh is fundamentally different from the other models. His 'programming' is not as easy to classify.

Tigh is a brash and stubborn man. Hes not fond of popularity and strives to do things that make him a cause for blame. His methods when in command usually result in violence. Tigh has also proved to be self-destructive and is an alcoholic.

Considering his age an interaction with other human characters throughout history, Tigh's revelation of being one of the Final Five was a shock to everyone. He becomes the de facto leader of the group. 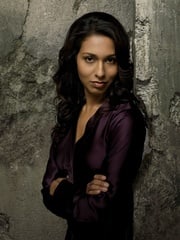 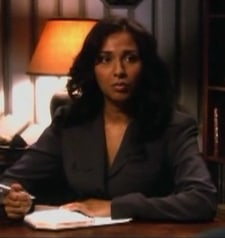 They don't want to hear the truth. They're tired, exhausted. The idea of stopping, laying down their burdens, and starting a new life right now is what is resonating with the voters.

As a member of the Final Five, Tory is fundamentally different from the other models. Her 'programming' is not as easy to classify.

Tory has an organised and serious persona. She is willing to get the job done with no regret. After hearing the strange music within the walls of Galactica she starts to become erratic and irresponsible in her duties. She eventually starts sleeping around which further puts her position in jeopardy.

When the opportunity arises for her to rejoin her people, she takes the first transport away. 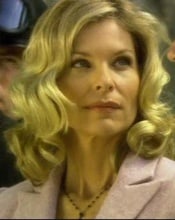 I finally got to the one in charge and I got him to notice me, the way men notice me. I slept with him and I felt like puking everytime he put his filthy hands on me. But I smiled, and I faked it, to save you!

As a member of the Final Five, Ellen is fundamentally different from the other models. Her 'programming' is not as easy to classify.

Ellen was a promiscuous and manipulative woman who could bring out the worst in people.

Since her resurrection, Ellen has changed significantly. She now shows traits similar to a well-educated and caring individual with nothing but the best intentions for everyone. Although she is susceptible to rages of jealousy.

The Artist
Described by his creator as sensitive, imaginative and artistic, Number Seven was a target of envy from his brother model, Number One.

His entire line was wiped out due to a contamination which Number One admitted to. As a result, the many copies of Daniel never matured and due to a fault with his genetic coding, they could never be made again.

PLEASE NOTE: The actor chosen for this entry is NOT the actual physical model for Number Seven. Although at the time, there was a large amount of speculation that the apparition of 'Slick' was Number Seven. He is a placeholder for the time being....
This list is ordered in chronological order of when the audience finds out who is a Cylon.

DO NOT SCROLL DOWN IF YOU INTEND TO WATCH THE SERIES!! THIS LIST IS FOR PEOPLE WHO ARE UP TO DATE (DAYBREAK, PART II) ON THE RE-IMAGINED BATTLESTAR GALACTICA!

This list is due for an overhaul after release of the upcoming TV movie The Plan in Autumn 2009.

The Cylons were created by man.

There are many copies. 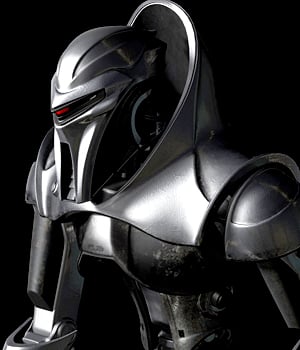 Of recent years, the new Battlestar Galactica is one of my favourite series of all time. It manages to encapsulate so much mythology and history in its moderate 5 year run. With a wealth of webisodes, tv movies, a mini-series and a spin-off it is obvious to say that it has captured the eye of a massive science fiction fanbase.

One of the greatest mysteries of the series is the evolution of the mechanical cylons. Not possible in a Darwinian fashion but to convert from cybernetic to biomechanical is a big step in terms of insight and direction! They don't know who made them or why but they are trying their most hardest to find out!

The Humanoid Cylon Models have been split into 12 Human Archetypes. Each model representing a different aspect of humanity. These are the actors and actresses who play the Humanoid Cylons.

69 votes
Not of This Planet Earth (23 lists)
list by TrekMedic
Published 8 years, 10 months ago

Models ranked in the MDC top 50: Past & Present
382 item list by brazilfashion
19 votes

My Girl Crushes by Lena

Posters designed by Indika E. A. by Lia

The British Invasion by Seaworth

The Underdogs Best by Seaworth