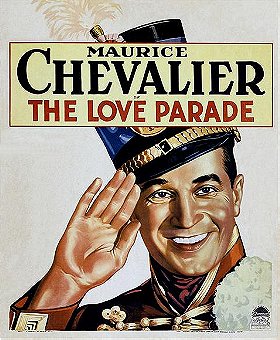 21 votes
Movies I Have (7074 items)
list by cteddiesgirl
Published 9 years, 7 months ago

mhthehammer added this to a list 1 month, 4 weeks ago

"Queen Louise of Sylvania (Jeannette MacDonald), tired of the public’s fascination with whom she will marry, chooses Count Alfred Renard (Maurice Chevalier), the womanizing military attache, as her royal consort. Soon after their marriage, Alfred becomes dissatisfied with his new lifestyle because his wife is the only voice in her palace allowed to give orders and negotiate with world leaders. Ernst Lubitsch’s musical "The Love Parade" was made during the hype of sound, along with others such"

aLittleTyger voted for an image 3 years, 4 months ago

IMPONDERÁVEL added this to have watched list 4 years, 2 months ago

dhove added this to have watched list 4 years, 2 months ago

dhove added this to a list 4 years, 8 months ago
Best Pictures (566 movies items)

Kandi voted for 2 images 5 years ago