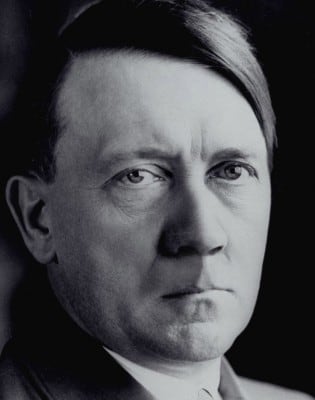 Arguably one of the most famous bits of lip hair in the history of mankind, Hitler’s mustache has come to represent all that is evil and impure in facial hair. If anyone in the world ever misused their mustache, it was Adolf Hitler. Instead of using his mighty ‘stache for good, he used it to seduce the German public into following him down a path of destruction and hatred. Seriously uncool, dude.

Hitler certainly looks a lot nicer without his trademark “toothbrush” mustache, but unfortunately it shows off his harelip. Even still, he looks like a pretty regular guy, if a little dull. In the end, we’re going to have to agree with famed Nazi hunter Aldo Raine from Inglourious Basterds that it’s better for a Nazi to look like a Nazi. Without a mustache, Hitler just looks normal, and that won’t do.
Coby's rating: 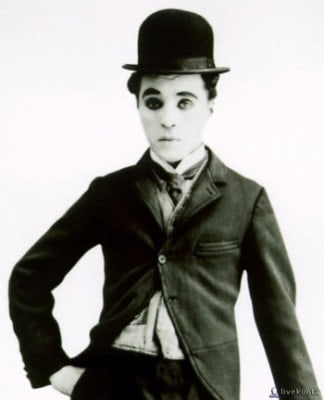 Like Hitler, Silent film star Charlie Chaplin also sported a “toothbrush” mustache. In terms of length, width, and style, Chaplin’s mustache is almost identical to Hitler’s. But where Hitler used his to terrorize the Free World, Chaplin used his to make it laugh.

While Chaplin looks fine without his mustache and it may even suit his “innocent tramp” persona better, he needs to have it. Without him, the toothbrush style of mustache will forever be associated with Hitler’s tyranny and oppression. Instead of Chaplin’s mastery of physical comedy and hilariously oversized pants.
Coby's rating: 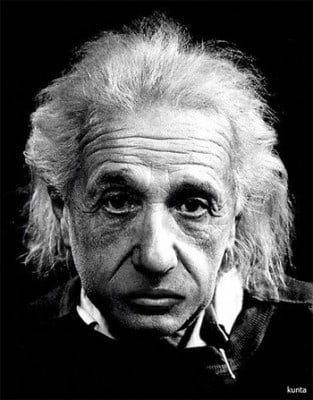 Like the overall appearance of the man who sported it, Einstein’s mustache was a little wild, a little shaggy, and perfect for a man who spent most of his time contemplating things beyond the grasp if 99% of the rest of us. All while still maintaining an unshakable air of charm and humility.

Even without his white and wild mustache, Einstein still looks like the stereotypical absent-minded professor, but there’s a sadness around his mouth that isn’t evident when it’s covered with crazy white whiskers. Since for most of us the image of Einstein is one of childlike wonder at the complexity of the universe as well as the staggering genius to understand it, it’s probably a good thing that he kept that magical soup strainer for his entire life.
Coby's rating: 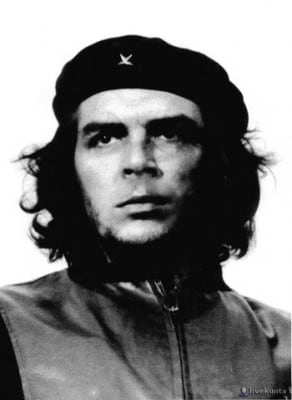 Doctor, revolutionary, and fan of writing his diary while driving a motorcycle, Che Guevara and his mustache have long transcended their Cuban roots and have become an international symbol for Marxist struggle, political freedom, and idiot college students who don’t understand either but like t-shirts.

Che is one of the few mustache guys that maintains his coolness without his trademark lip umbrella. In fact, he may even look better. He still has the same piercing eyes, flowing locks, and intense beret, but there is definitely a difference. Without his sparse, stoner dude mustache Che looks less like a loudmouth who ruins every Poli Sci 101 class with his endless and inane comments and more like a serious intellectual. That can only be a good thing.
Coby's rating: 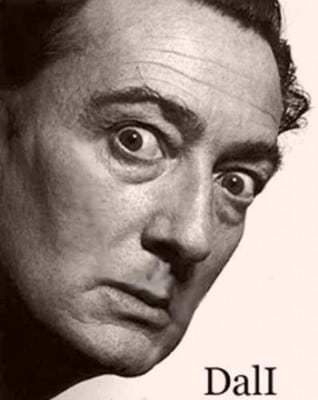 Artist, filmmaker and all-around weirdo Salvador Dali is generally famous for two things; his surreal, disturbing paintings and his even more surreal and way more disturbing mustache. Although he wore a fairly standard mustache in his youth, it grew wider and wilder as he got older and more famous/crazy. It is said by the time of his death it was so large that he had to hire two African Pygmies just to support it. That’s not true, but it was a pretty crazy mustache.

A lot of Dali’s craziness is in his googly eyes, but without the two curly, waxing tufts of hair to give his face some pizazz, he just looks like a creep with a staring problem. 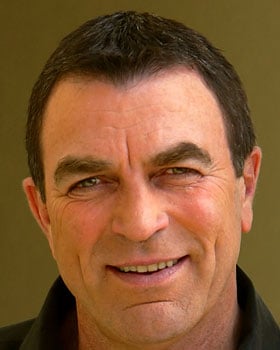 In the 1980s, nobody symbolized Male sexuality like Mr. Tom Selleck and his wonderful mustache. Thick, bushy, and cared for with only the finest tropical salves and oils, Selleck’s mustache was the stuff of legends. From his hit TV series Magnum P.I. to the movies, Tom Selleck rode his mustache to the heights of fame. If ever there was a man who could teach the world to sing in peace and harmony with his facial hair, it was Tom Selleck.

Tom Selleck doesn’t look awful without his mustache, he just doesn’t look like Tom Selleck. The clean shaven space between his mouth and his nose looks like a giant lost opportunity. If you can grow a mustache as rich and full as Tom Selleck’s, isn’t it a crime not to?
Coby's rating:

Plumber, brother, and scourge of evil turtles everywhere, Mario is known for his trademark red cap, blue overalls, huge nose, and big bushy mustache. He’s got everything you could ask for in a broadly drawn Italian stereotype video game character. But how would he fair against an army of koopas without his giant mushroom stained mustache?

Now Mario has never exactly been imposing, but without his mustache he looks like a cross between a chubby ten year old kid and an unpopular high school guidance counselor. If he showed up at Bowser’s Castle to rescue the Princess looking like this, she’d probably tell him to come back in a few years once he’s manned up a little. It’s hard work freeing the land of cute monsters, and you need to look tough to do it. 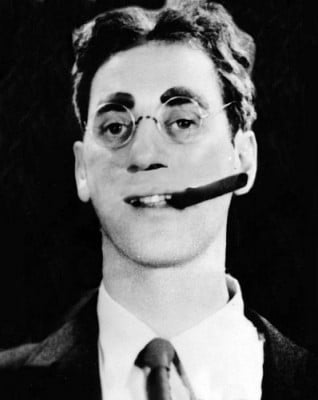 Unlike all the other fine examples of manly growth on this list, Groucho Marx’s famous mustache was never real. He did grow one in his later years, but at the height of his fame his “mustache” was nothing more than a thick slathering of black grease paint. Real or not, did he need it?

Of course he did, he’s Groucho! Without his comically oversized lady tickler he’s just Harpo with a slightly better haircut. With it, he’s a mustachioed madman who sticks it to anybody and everybody. The perpetual outsider and anti-authoritarian, Groucho’s mustache says to the world, “I may look like an idiot, but you are one.” besides, if Groucho didn’t have a mustache, what would we do with all those plastic Groucho glasses? 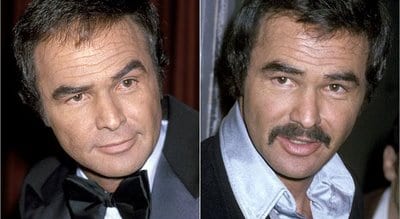 Come on! He’s Burt Reynolds. Without that glorious patch of man hair under his nose he’s just another dude with a bad toupee. Reynolds needs the mustache just as much as we need him to have it. Styles may come and go, but isn’t nice to know that somewhere in the world there’s a handsome man with a mustache?
Coby's rating: 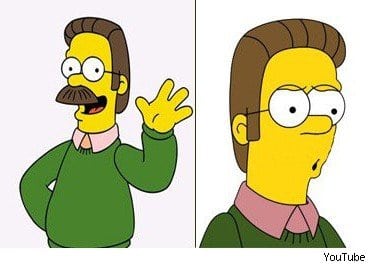 Next door neighbor to The Simpsons and all-around nice guy Christian pushover, Ned Flanders is instantly recognizably for two things; his ever-present green sweater, and his full, luxurious mustache,

Besides his rippling physique (which only rarely sees the light of day) Ned’s mustache is the manliest thing he’s got. Without his crumb-catcher he looks like the doormat he is. It’s one thing to let your slobby, barely literate drunken neighbor borrow all your stuff and generally walk all over you, but it’s quite another to look like you do. Ned’s crumb-catcher is the only thing keeping him from becoming a complete wussy.
Once upon a time, just about every man in the world felt it was his sworn and solemn duty to grow a mustache. Boys would long for the day when the space above their lips sprouted the thick, beautiful hairs that would tell the world they were men. Mustaches may have fallen out of fashion for the most part, but for certain famous men in history, they remain an indelible part of their images. How would ten famous mustache men fare without their famous facial hairs?

Famous actors with dwarfism by Umpikuja

When Hiphop and Movie Collides! by I.T.log

Weird behind the scenes and production pics ... by Lex

Well THAT didn't happen... by VierasTalo

Familiar With Paintbrush by Kankku

People who have accepted Golden Raspberry Awards. by SJMJ91

Their Famous Roles by fabrizius

Celebrity Portraits Made Out Of Cassette Tapes by Coby