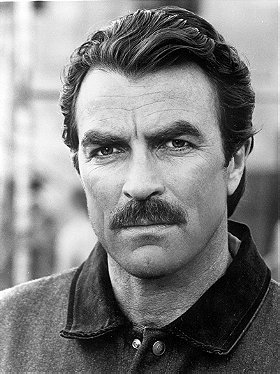 Received an honorary doctorate from Pepperdine University. He was chosen because of his outstanding character and ethic. He is a board member of the non-profit Michael Josephson Institute of Ethics and co-founder of the Character Counts Coalition. Attended the University of Southern California and in his senior year earned a basketball scholarship after walking onto the team as a junior. [28 April 2000]

Was a member of the California National Guard and was activated for the Watts riots.

Used to be part owner of The Black Orchid restaurant with Larry Manetti and one other investor in Honolulu, HI.

Studied acting at The Beverly Hills Playhouse with Milton Katselas.

He and his family maintain their primary residence in Thousand Oaks, California, but also have secondary properties in Freedom, California; Jonesboro, Maine; and in the Shetland Islands, located off Scotland. [2010]

Chosen by People Magazine as one of the 50 most beautiful people in the world. [1998]

Is a member of the National Rifle Association and memorably sparred with Rosie O'Donnell on "The Rosie O'Donnell Show" (1996) about gun control and an advertisement in which he appeared supporting the NRA.

Member of the Sigma Chi Fraternity.

First TV appearance was as a college senior on "The Dating Game" (1965) in 1967 and then a second time (date unknown at this time). Incredibly, he lost both times. Soon after, he appeared in TV commercials for products such as Pepsi-Cola.

Shaved off his trademark moustache for the 1997 film In & Out (1997). Once rarely seen without it, he has since kept it off for most of his stage and screen work.

While preparing for Mr. Baseball (1992), he joined the Detroit Tigers in 1992 for spring training. He actually took an at-bat (as a pinch hitter) in a game against the Cincinnati Reds, facing Reds' pitcher Tim Layana. Selleck ended up striking out after fouling away half a dozen pitches.

During the brief run of the late night "The Chevy Chase Show" (1993) on Fox, he guest-starred and, as a gag, asked to be presented his 1993 Worst Supporting Actor "Razzie" award for his performance as "King Ferdinand of Spain" in Christopher Columbus: The Discovery (1992). When the Razzie was actually presented to him on the air, Selleck took it in stride and asked the entire studio audience to "blow me a raspberry". Selleck thus became the third person in Razzie history to voluntarily accept one of the Worst Achievements in Film statuettes.

In 2001, he appeared in the Broadway show "A Thousand Clowns" without a mustache, a rarity for Selleck. Unfortunately, the show was forced to close early due to 9/11.

Was asked to star opposite Julie Andrews in Victor Victoria (1982) but hesitated, and by the time he decided he wanted the part, he was already locked into his "Magnum, P.I." (1980) contract - the very same contract that cost him the role of Indiana Jones in Raiders of the Lost Ark (1981).

Was considered as the next President of the National Rifle Association (NRA) following the retirement of his close friend Charlton Heston in 2003.

His only biological child is Hannah, his daughter with Jillie Mack. Kevin Selleck is the son of his first wife, Jacqueline Ray, from her first marriage. Tom Selleck adopted Kevin during the marriage and has continued to treat him as a beloved son after he and Jacqueline Ray divorced.

Member of the conservative Wednesday Morning Club in Hollywood.

In the early Nineties Selleck shot a commercial for the conservative National Review. But in 1992 he made a $1,000 donation to the presidential bid of Democratic Senator Paul Tsongas. Five years later, New York Times columnist Maureen Dowd reported that Republicans were urging Selleck to run for the Senate in California - a story Selleck quickly shot down. His political profile has been low ever since. However, in 1999 he filmed an advertisement for the National Rifle Association. "He's not a Republican," says an actor who knows him. "He's an independent.".

Played competitive volleyball with the Outrigger Canoe Club and was a three-time All American selection, twice winning the over-35 division in the National Championships.

Honored by the Congressional Award in Washington, DC with the 1997 Horizon Award. The Horizon Award is a special recognition from the Joint Leadership of the United States Congress and the Congressional Award Board of Directors. The Horizon Award is presented to individuals from the private sectors who have contributed to expanding opportunities for all Americans through their own personal contributions, and who have set exceptional examples for young people through their successes in life.

His daughter Hannah is an international show jumper.

When he "won" a Worst Supporting Actor Razzie® Award for his role in Christopher Columbus: The Discovery (1992), Selleck became one of the first stars, ever, to accept the $4.97 dis-honor. A video clip of him accepting it on "The Chevy Chase Show" (1993) can be seen at the Razzie YouTube channel ( [Link removed - login to see].

Has a German shepherd named "Ooma".

He was not the producers' first choice for the lead role in "Magnum, P.I." (1980). Kevin Dobson was offered the role, but turned it down.

2. Jesse Stone: Benefit of the Doubt

darthjoker12 added this to a list 9 months, 3 weeks ago

walter voted for an image 4 years, 6 months ago

STERRY1960 voted for an image 5 years ago

yreesesfreak added this to a list 6 years, 6 months ago
An Abundance of Toms (11 person items)

Kandi voted for an image 6 years, 7 months ago