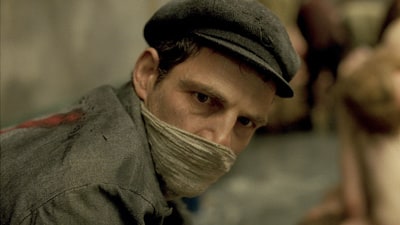 Notes: I have to admit that I was 'glad' that I saw 'Shoah' not so long ago as it greatly helped me to understand what the hell was going on and to appreciate this impressive movie. To be honest, I'm not sure if you can get into this movie if your knowledge about the holocaust doesn't go beyond 'The Schindler's List' or what they teach you in school. Anyway, basically, with this movie, right from the beginning, you are immersed in some kind of chaotic and irrational mayhem, it's so relentless that the makers don't give you one single wide shot in order to breath, to take a few seconds to understand what just happened, to actually see and try to understand this whole situation. Instead, you stay close, very close, to some random man who also seems to act really irationally but, in such a doomed time and place, after spending your days helping to exterminate men, women and children just so you could survive another day, was it in anyway possible to keep your sanity and act like a sensible human-being? Coming back to their choice of never really show what was exactly going on, the effect was so more powerful, effective and horrifying, as a result, you will never forget something that you actually never really saw.
johanlefourbe's rating: 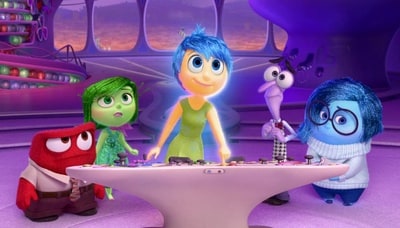 Notes: At last... After 5 long years and a couple of disappointing sequel/prequels, Pixar has finally come back with an amazing feature. As soon as I have heard about the interesting concept, I was already excited but since they already let me down with 'Brave', I was still a little bit cautious. Eventually, there was really nothing to worry about. Indeed, the whole thing was just downright impressive and it worked on every possible level. As expected, the animation was quite gorgeous, even though I easily could have done without the 3D. Above all, it is the amount of depth in the story and the characters involved that made the whole thing quite mesmerizing to behold. Indeed, basically, they became incredibly ambitious and decided to show what happens in the human mind, no less than that, and this journey was just fascinating.
johanlefourbe's rating: 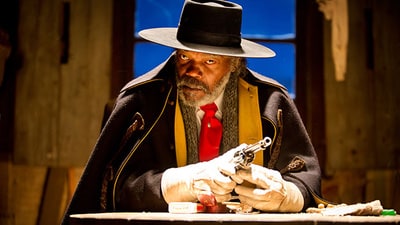 Notes: Well, at last, Quentin Tarantino has made an amazing come-back, delivering his best movie since many years. I mean, this time, even though it was maybe not perfect, it surely came close. Basically, not only it was a gorgeous Western with a great soundtrack by the legendary Ennio Morricone, it was also combined with a spellbinding thriller, some kind of mystery that could have come out of an Agatha Christie novel or an Alfred Hitchcock movie and this combination was just really spellbinding. Indeed, even though everyone talks during this movie, you are never sure what's actually their agenda and, during the whole thing, the only thing you can be sure is that none of them can be trusted. Eventually, what impressed me the most was how well written the whole thing was. Obviously, Tarantino has quite a reputation in this area but, recently, I thought he took himself really for granted with some half-baked results. Here, it was totally focused with some really hilarious dialogues, some very well developed characters and a tale that finally kept me on the edge of my set until the very end.
johanlefourbe's rating: 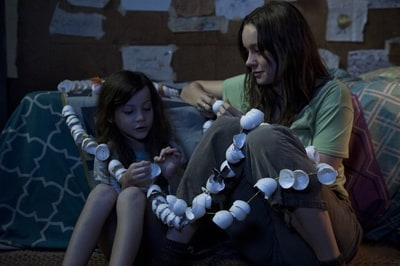 Notes: I have to admit it, at first, I kept wondering, like many other viewers I presume, why she didn't try to escape during these 7 long years. Well, first of of all, it is easier said than done. Indeed, she would have to miraculously find a code that a kidnapper could easily change on a regular basis and, apparently, there was also another door that could be opened only from the outside. But, most of all, she made the choice to survive, to stay alive, instead of risking it all with some hazardous escape attempt. Then, when her son was born, to care for him and to protect him became obviously a priority and it's only when she realized that he couldn't stay any longer that she finally came up with a plan which was still extremely dangerous. But this movie goes so much beyond that, it shows how they managed to live in confinement for all these years, how this mother still managed to give her boy a life when she was completely hopeless and how they both struggled to get back into the 'real' world. Especially for this young kid, he never knew anything else and, suddenly, within minutes, his world was completely torn apart and the end-result was just crushing to behold.
johanlefourbe's rating: 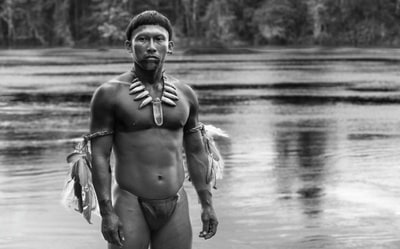 Notes: To be honest, I still think the structure was actually rather straightforward though. Indeed, it was pretty much following the standard road-trip formula with the traditional rules of the genre including 2 characters from different backgrounds clashing during their travel. Still, beside this rather standard structure, it was such a fascinating and rather unique look on the Amazon and the people living there. Above all, the thing I probably loved the most was this character, Karamakate. Basically, you get to see 2 versions of this guy and, both times, this man was just so complex. Indeed, instead of going for the all wise and mighty native, the makers showed a rather flawed character and that made him even more interesting to behold. Indeed, at some point, you get to see one of the explorers, Theo von Martius, telling him that he is actually crazy, living on his own like this in the jungle and even full of sh*t with his weird rules and those moments were just priceless.
johanlefourbe's rating: 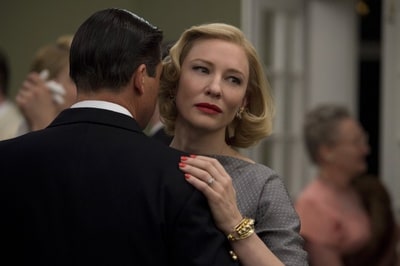 Notes: I really loved the damned thing and it was pretty much one of the best love stories I have ever seen. First of all, the whole thing looked gorgeous and I wonder if Todd Haynes had been inspired by Edward Hopper's paintings since this movie reminded me of his work. Anyway, even though I admired the (few) movies I had seen so far directed by Haynes, it was the first time that he impressed me so much. Above all, I enjoyed even more the 2 main characters who were completely developed and so fascinating to behold. And, of course, it was just amazing to see Cate Blanchett and Rooney Mars, easily some of the best actresses around, working together and they both delivered some of their best performances I have seen so far.
johanlefourbe's rating:

Notes: Well, it turned out to be one of the most fascinating thrillers I have seen lately and I'm glad I didn't know anything about this movie before watching it as it made the whole thing even more spellbinding to behold. To be honest, I feel slightly guilty that it didn't notice that it was done in one single continuous shot lasting no less than 134 minutes. I did feel that they were using some long takes but I didn't notice that there was not cut at all but it was so well done, you just get lost in this fascinating tale. It did create some immediate urgency and it made the performances even more impressive in retrospect. Of course, you might argue that it didn't make sense that the main character would tag along with some guys she barely met, especially concidering the mess she ended up into but I don't agree. It was also very well explained, she had spent all her youth working her ass off to become a professional piano player which resulted in nothing and she ended up in this foreign country all alone so what did she have to loose? Of course, it was reckless and it all ended up in chaos but, to feel alive, shouldn't we take some risks and see what will happen?
johanlefourbe's rating:

Notes: When this movie was released, even though it was critically heralded, it turned out to be a box-office flop. Apparently, the audience didn’t care for another Steve Jobs biopic only a couple of years after another one, even if it was apparently much superior than its predecessor. Even so, since it sounded really intriguing and since I have always been a big fan of Danny Boyle's work, I was still really eager to check it out. Well, eventually, I was really impressed. Indeed, I really loved this original approach and I thought it turned out to be a much more effective way to learn about a famous figure that the usual bullet points that you get with this genre. As a result, you really get the opportunity to dive into the psychological complexity of this character, thanks also to another really strong performance by Michael Fassbender who remains one of the best actors of his generation.
johanlefourbe's rating: 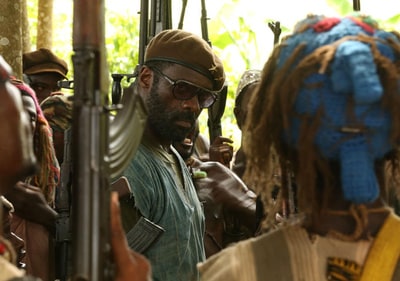 Notes: To be honest, pretty much everything you get to see in this movie was actually rather predictable but it was still a really powerful tale. I also really appreciated the fact the movie didn’t focus on some white man or white woman, which is very often the case when a movie takes place in Africa (see ‘Blood Diamonds’, ‘Shooting Dogs’, ‘Cry Freedom’, ‘The Last King of Scotland’…). Of course, you might argue that one of the most important character was played by a British actor but Idris Elba was just really good here so it worked fine for me. While watching this, I wonder how they came up with this story because the amount of details was really impressive and the whole thing felt really realistic. The other thing that I was thinking about while watching this movie is that, even though the people in such countries have a shortage of anything and, yet, there are still plenty of guns and bullets which is just sad and to see all these young children forced to become some ruthless killers was just downright heartbreaking.
johanlefourbe's rating: 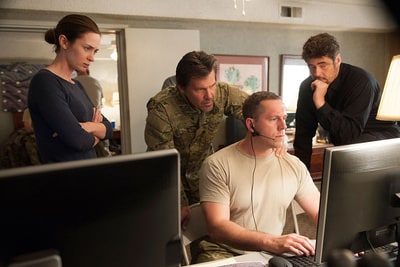 Notes: Well, eventually, even though I thought it was really good, I have to admit that it didn't completely blow me away though. I mean, it was definitely a strong production, no doubt it, with a great cast, a very solid directing and one of the best stories about the war on drugs I have seen for a very long time. So, it was definitely some strong and dark material and, yet, something bothered me about the damned thing though. Basically, you are pretty much like Emily Blunt's character, they keep you in the dark during the whole thing and, as a result, the plot was sometimes rather murky and I'm not sure I was really able to follow everything and now that I have seen the damned thing, I'm not sure that everything really made sense.
johanlefourbe's rating: 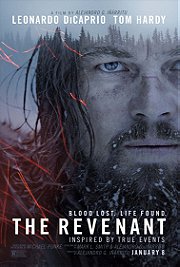 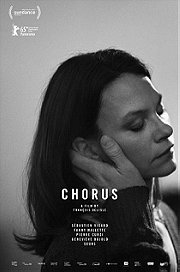 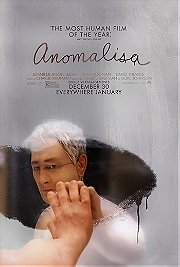 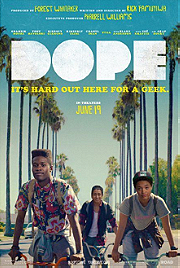 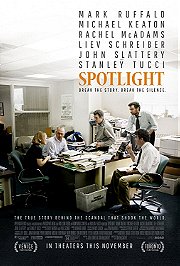 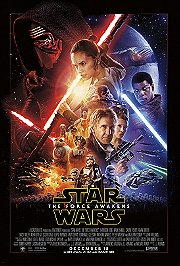 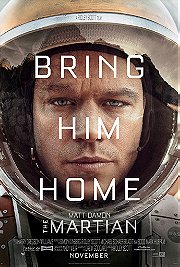 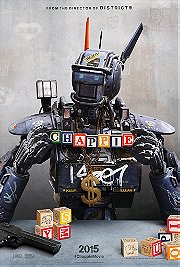 The Evolution of Matthias Schoenaerts by shia.