Monty Python, sometimes known as The Python's, was a British surreal comedy group. 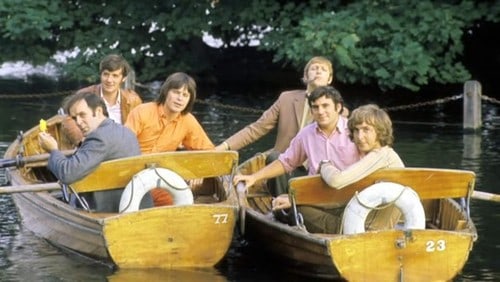 "Always Look On the Bright Side of Life"

Said he was to be the first person to say the F-word at a memorial service when he spoke at Graham Chapman's.

John's father's name was Reg Cleese but his grandfather was named John Edwin Cheese. He changed his name when he joined the British army in 1915. 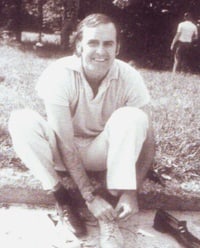 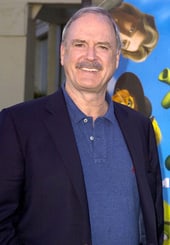 
Member of the jury at the Cannes Film Festival in 2001.

Was offered the chance to direct Troy (2004). He stopped reading the script 5 pages in and declined the offer. 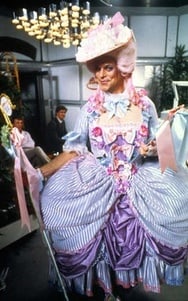 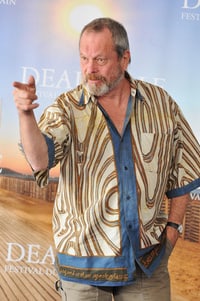 
The Python's held a private memorial service in St Bartholomew's Hospital in London on the evening of 6 December 1989, with a chorus of the Chinese version of the hymn "Jerusalem" ("… Bling me my speal, oh crowds unford, bling me my chaliot of file…"). Cleese delivered his eulogy to Chapman, which began as follows:

"Graham Chapman, co-author of the "Parrot Sketch", is no more. He has ceased to be. Bereft of life, he rests in peace. He's kicked the bucket, hopped the twig, bit the dust, snuffed it, breathed his last, and gone to meet the great Head of Light Entertainment in the sky. And I guess that we're all thinking how sad it is that a man of such talent, of such capability for kindness, of such unusual intelligence, should now so suddenly be spirited away at the age of only forty-eight, before he'd achieved many of the things of which he was capable, and before he'd had enough fun. Well, I feel that I should say: nonsense. Good riddance to him, the freeloading bastard, I hope he fries. And the reason I feel I should say this is he would never forgive me if I didn't, if I threw — threw away this glorious opportunity to shock you all on his behalf. Anything for him but mindless good taste..."

Cleese continued after a break from laughter in the audience, claiming that Chapman had whispered in his ear the night before while he was writing the speech, saying:

"All right, Cleese. I know you are very proud of being the very first person ever to say 'shit' on British television. If this service is really for me: Just for starters, I want you to become the first person ever at a British memorial service to say 'fuck'."

Palin then spoke, saying that he liked to think that Chapman was there with them all that day — "or rather, he will be in about 25 minutes," a reference to Chapman's habitual lateness when they were all working together. 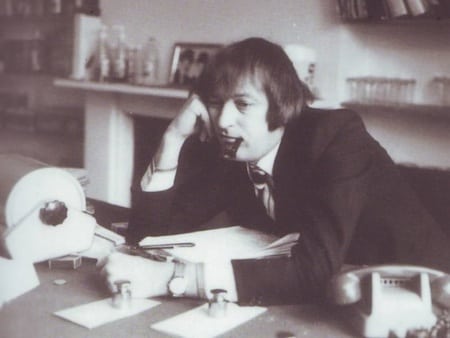 
Is an accomplished guitar player.

Proudly calls himself "the third tallest member of Monty Python."

The only member of the Monty Python group to write alone. Therefore, it was difficult at times for him to get his material accepted and used by the others. 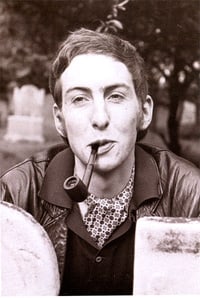 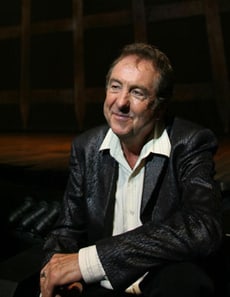 
He is a graduate of Oxford with a degree in History.

He was voted by the public as the best looking Monty Python out of the entire group.

His wide travels are so well known that he now has his own travel website called "Palin's Travels." 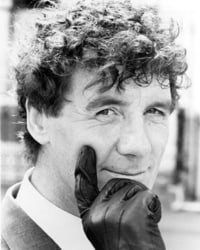 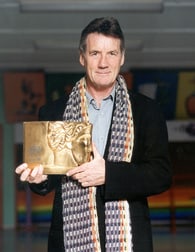 
He is the shortest member of the comedy group "Monty Python".

Has a degree in Modern History from Oxford University.

Has a mild speech impediment - he has trouble pronouncing the letter "r". 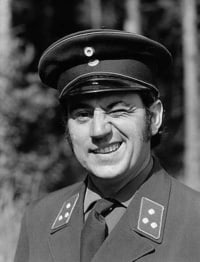 Several people have been accorded unofficial "Associate Python" status over the years. Occasionally such people have been referred to as the 7th Python. The two collaborators with the most meaningful and plentiful contributions have been Neil Innes and Carol Cleveland. Both were present and presented as Associate Python's at the official Monty Python 25th anniversary celebrations held in Los Angeles in July 1994.

Cleese's ex-wife Connie Booth appeared in, amongst others "The Lumberjack Song" and as the "witch" in Monty Python and the Holy Grail. Cleese and Booth later co-wrote and co-starred in Fawlty Towers.

0
Carol Cleveland
Carol Cleveland, born 13 January 1942.
..is a British actress/comedienne, most notable for her appearances as the only significant female performer on Monty Python's Flying Circus.
Maary's rating:

0
Neil Innes
Neil James Innes, born 9 December 1944.
..is an English writer and performer of comic songs, best known for his collaborative work with Monty Python, and for playing in the Bonzo Dog Doo-Dah Band and later The Rutles.
Maary's rating:

0
Connie Booth
Constance "Connie" Booth, born 31 January 1944.
..is an American writer and actress, known for appearances on British television and particularly for her portrayal of Polly Sherman in the popular 1970s television show Fawlty Towers, which she co-wrote with her then husband John Cleese.
Maary's rating: 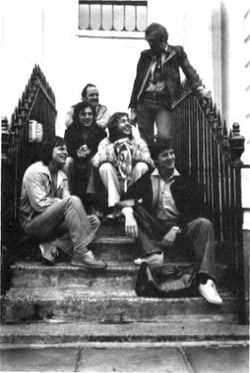 First Viewed in 2011 by MovieCat