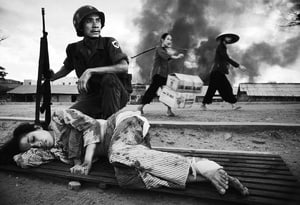 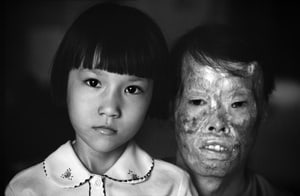 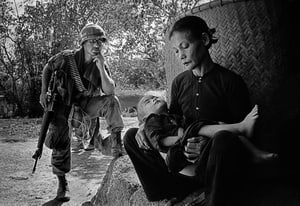 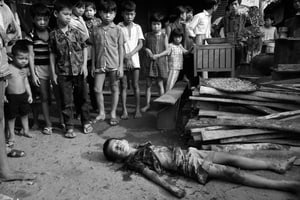 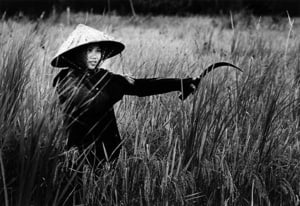 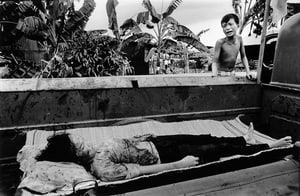 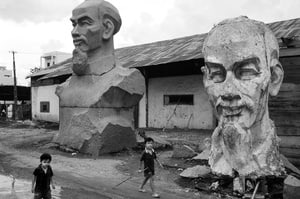 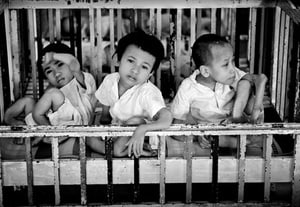 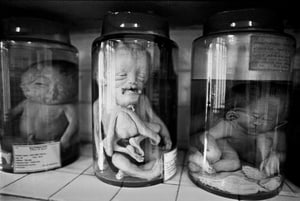 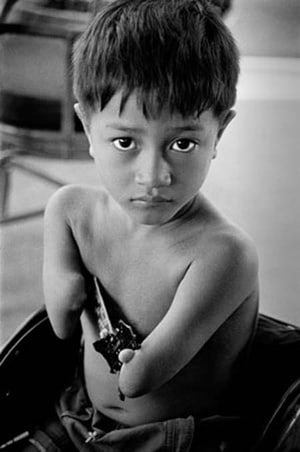 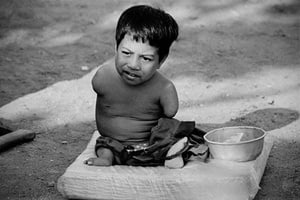 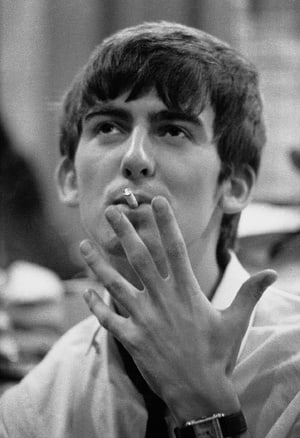 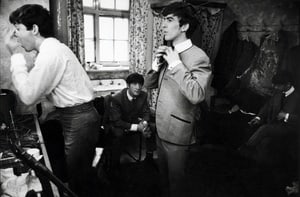 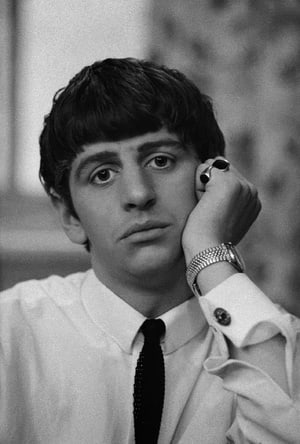 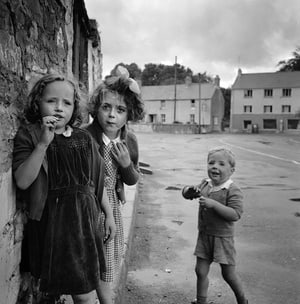 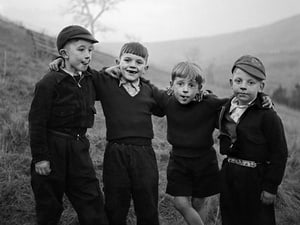 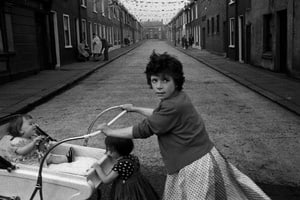 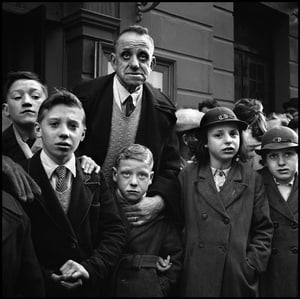 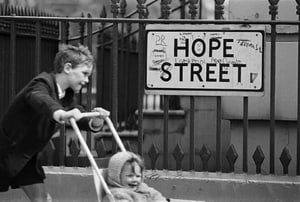 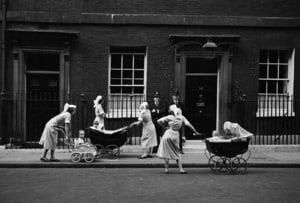 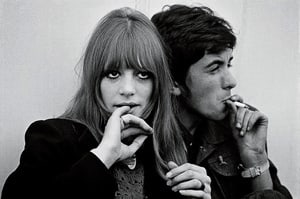 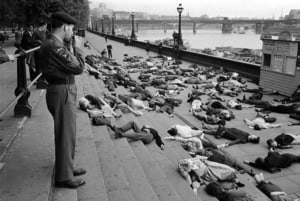 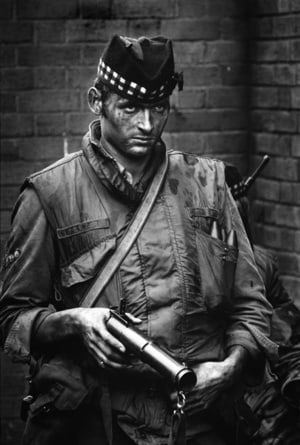 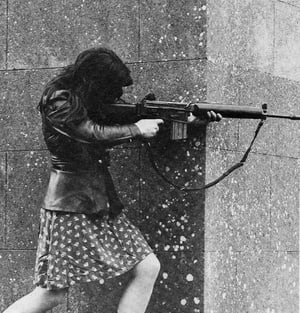 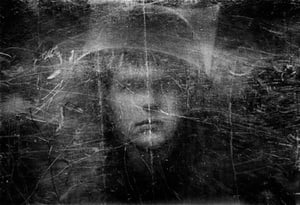 Philip Jones Griffiths (18 February 1936 – 19 March 2008) was a Welsh photojournalist best known for his coverage of the Vietnam war.

In this little selection of his work are photos in Vietnam, including his exploration of the effects on civilians, and of Agent Orange, with widespread birth defects. Also photos of the Beatles, working class people and children in Wales and Liverpool, and British troops and conflict in Northern Ireland.

“Not since Goya has anyone portrayed war like Philip Jones Griffiths.”
(Henri Cartier-Bresson)

Jones Griffiths was born in Rhuddlan, to Joseph Griffiths, who supervised the local trucking service of the London, Midland and Scottish Railway, and Catherine Jones, Rhuddlan's district nurse, who ran a small maternity clinic at home. He studied pharmacy in Liverpool and worked in London as the night manager at the Piccadilly branch of Boots, while also working as a part-time photographer for the Manchester Guardian.

His first photograph was of a friend, taken with the family Brownie in a rowboat off Holyhead.

Jones Griffiths never married, saying it was a "bourgeois" notion, but that he had had "significant" relationships. Survived by Fanella Ferrato and Katherine Holden, his daughters from long-term relationships with Donna Ferrato and Heather Holden. He died from cancer on 19 March 2008.

Journalist John Pilger wrote in tribute to Griffiths soon after his death: "I never met a foreigner who cared as wisely for the Vietnamese, or about ordinary people everywhere under the heel of great power, as Philip Jones Griffiths. He was the greatest photographer and one of the finest journalists of my lifetime, and a humanitarian to match…. His photographs of ordinary people, from his beloved Wales to Vietnam and the shadows of Cambodia, make you realise who the true heroes are. He was one of them."

Griffiths started work as a full-time freelance photographer in 1961 for the Observer, travelling to Algeria in 1962. He arrived in Vietnam in 1966, working for the Magnum agency.

Magnum found his images difficult to sell to American magazines, as they concentrated on the suffering of the Vietnamese people and reflected his view of the war as an episode in the continuing decolonisation of former European possessions. However, he was eventually able to get a scoop that the American outlets liked: photographs of Jackie Kennedy vacationing with a male friend in Cambodia. The proceeds from these photos enabled him to continue his coverage of Vietnam and to publish Vietnam Inc. in 1971.

Vietnam Inc. had a major influence on American perceptions of the war, and became a classic of photojournalism. The book was the result of Griffiths' three years work in the country and it stands as one of the most detailed surveys of any conflict, including descriptions of the horrors of the war as well as a study of Vietnamese rural life and views from serving American soldiers. Probably one of its most quoted passages is of a US army source discussing napalm:

'We sure are pleased with those backroom boys at Dow. The original product wasn't so hot – if the gooks were quick they could scrape it off. So the boys started adding polystyrene – now it sticks like shit to a blanket. But if the gooks jumped under water it stopped burning, so they started adding Willie Peter (white phosphorus) so's to make it burn better. And just one drop is enough, it'll keep on burning right down to the bone so they die anyway from phosphorus poisoning.'

The South Vietnamese president, Nguyễn Văn Thiệu, criticised Griffiths' work, remarking "Let me tell you there are many people I don't want back in my country, but I can assure you Mr. Griffiths name is at the top of the list."

In 1973, Griffiths covered the Yom Kippur War. He then worked in Cambodia from 1973 to 1975. In 1980, he became the president of Magnum, a position he then held for five years. In 2001 Vietnam Inc. was reprinted with a foreword by Noam Chomsky. Subsequent books have included Dark Odyssey, a collection of his best pictures, and Agent Orange, dealing with the impact of the US defoliant Agent Orange on postwar generations in Vietnam.
(Wikipedia)

cute and lovely album by female vocal by mirinbuddy

Movies inspired by Nietzsche by RustyJamesRumbleFish

Personal Anthology (favorite lists created by me) by El Raulo

Tales of the Wind by Kenji