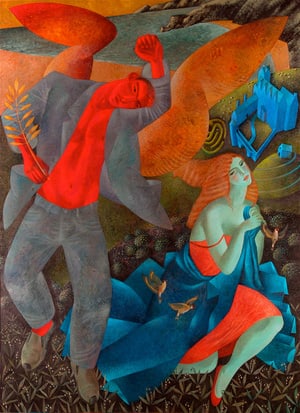 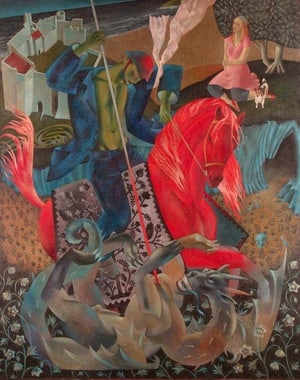 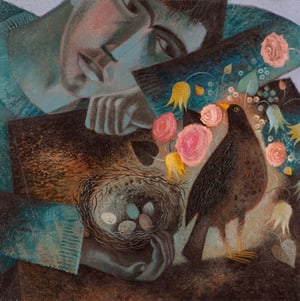 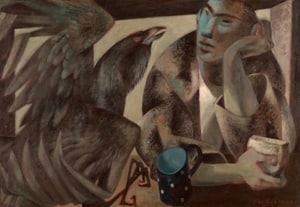 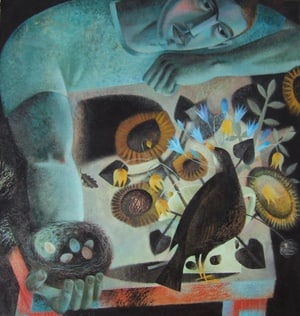 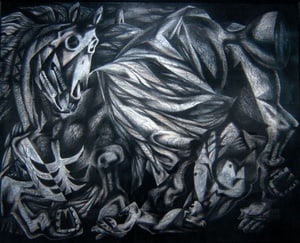 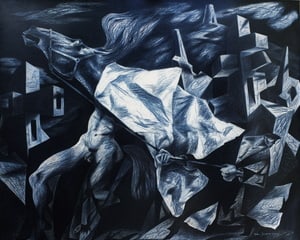 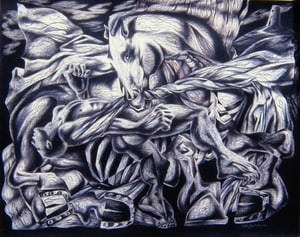 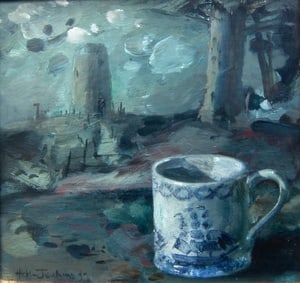 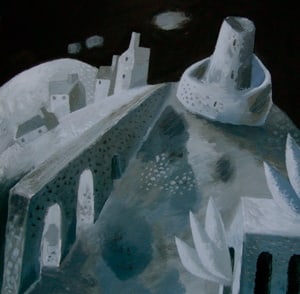 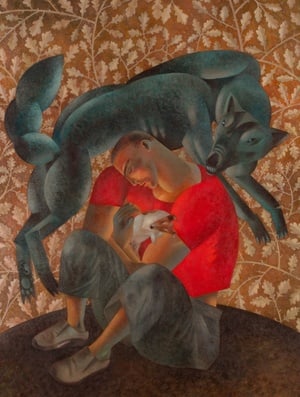 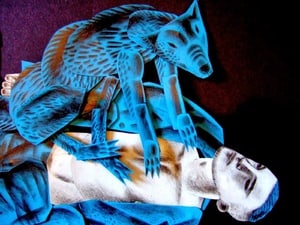 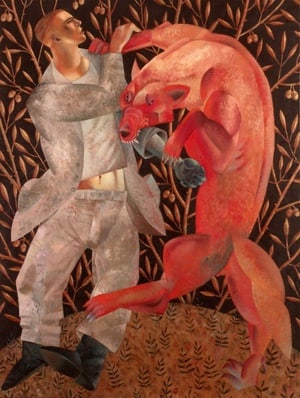 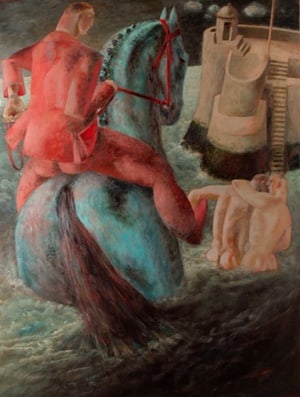 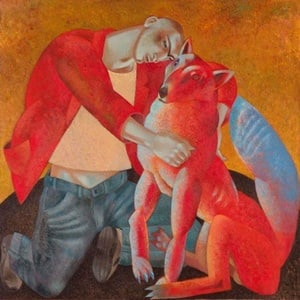 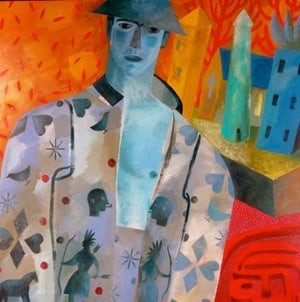 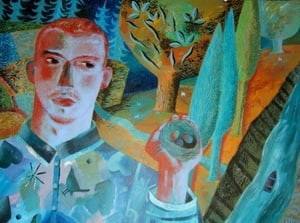 Clive Hicks-Jenkins (born 1951) is a British artist known especially for narrative paintings and artist’s books. His paintings are represented in all the main public collections in Wales, as well as others in the United Kingdom, and his artist’s books are found in libraries internationally. A retrospective exhibition comprising some 200 works from across the artist's career loaned from public and private collections was held by the National Library of Wales in 2011 to coincide with his sixtieth birthday. A substantial multi-author book devoted to his work was published by Lund Humphries in 2011, in which Simon Callow called him ‘one of the most individual and complete artists of our time'.

Clive Hicks-Jenkins was born in Newport, south Wales, in 1951. His father worked for the Central Electricity Generating Board and his mother was a hairdresser. He attended Hartridge Comprehensive School in Newport but was unhappy there and at the age of twelve he moved to the Italia Conti school in London, where he studied theatre, worked as an actor in films and television and took classes at the Rambert Ballet School. In the late 1960s he was a performer and puppeteer with Cardiff’s Caricature Theatre. During the 1970s and 1980s he worked as a choreographer, director and stage designer, creating productions with among others the Vienna Festival, the Almeida Theatre, Theatr Clwyd and Cardiff New Theatre, where he was Associate Director. Since the 1990s he has concentrated on his work as a visual artist. He contributed a short autobiographical essay to a substantial monograph about his work, Clive Hicks-Jenkins by Simon Callow et al (Lund Humphries, 2011).

He is an Honorary Fellow of Aberystwyth University School of Art and a member of the Royal Cambrian Academy of Art. He is a member of The Welsh Group and 56 Group Wales. He has lived in London, Newport and Cardiff and currently lives near Aberystwyth, Ceredigion.

Clive Hicks-Jenkins works through the mediums of painting, drawing, printmaking, ceramics, maquettes, animation and artist’s books. Nicholas Usherwood in Galleries has described his work as ‘reflective, expressive painting of the highest order’. Robert Macdonald wrote in Planet in 2002, 'Hicks-Jenkins has emerged in recent years as one of the most powerful figurative painters in Wales'. Since 2010 the artist has discussed his methods in a regular 'Artlog' about his ongoing work.

Sense of place plays an important role in his paintings, especially places in Wales, and he has been identified as influenced by British mid-twentieth neo-romanticism. Places appear not only in landscape paintings but as emotionally charged backdrops to still lifes and narrative works and as Andrew Green states, ‘he negotiates his way through his landscapes, inner and outer; working with the lie of the land to make new discoveries, build new connections.’

He has become known for thematic series of works that explore the meanings of stories from various sources. The earliest of these was his series drawing on the experiences of his father as a small boy terrified by the Welsh folk tradition of the Mari Lwyd en.wikipedia.org/wiki/Mari_Lwyd . Another sequence of works titled the Temptations of Solitude examined present-day traumas and injustices through the lives of the desert fathers of Egypt. Other series have been based on stories of saints and animals, such as St Kevin and the blackbird, Elijah and the raven, Hervé and the wolf and St Francis preaching to the birds. Paintings based on stories from the Bible include an annunciation, now in Llandaff Cathedral, Cardiff, and a painting of the woman taken in adultery, in the Methodist Collection of Modern Christian Art, Oxford Brookes University.

Among reviewers who have noted links between his earlier theatrical work and his artistic imagination, Alison Lloyd wrote in Art Review, ‘His work is imbued with poise and balance, and the illusory strangeness of the stage’
(Wikipedia)

Beauty of Lithuania by ★☆Rose★☆