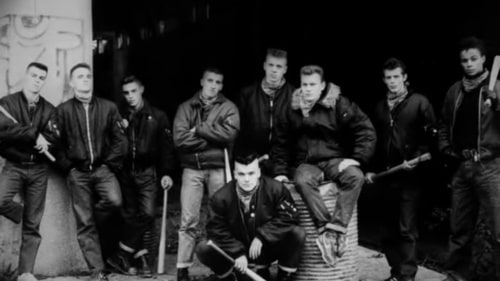 During Paris early 80s, the “Skinhead” movement arrives in France, and is about to defray the chronicle for the decade to follow, with their provocations, attacks and racist crimes.
Street gangs will form and react against this assault, in a urban warfare for control of the streets of Paris. They are the Red Warriors, the Ducky Boys and Ruddy Fox. Paris youth will nicknamed them “Skinheads Hunters”.
Their motivation: to fight against fascism and racist acts by any means necessary, even turn against their opponents the violence they have suffered.
Through exclusive interviews, members of the most recognized gangs return to their history, their commitment and deliver the testimony of the situation of youth street from 20 years ago.
Using exceptional archives footages and photographs, “ANTIFA” is a return to the streets of the 80s and the society of that time.
The film looks at a pivotal time, in a generation whose ailments were already warning of urban today’s tensions. 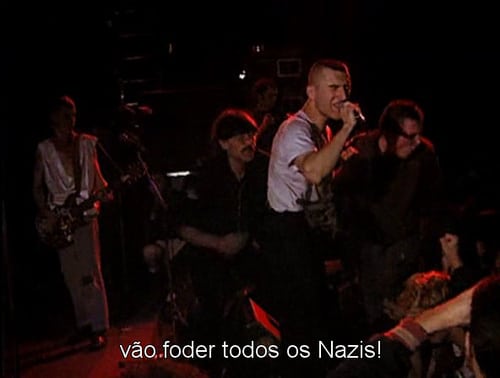 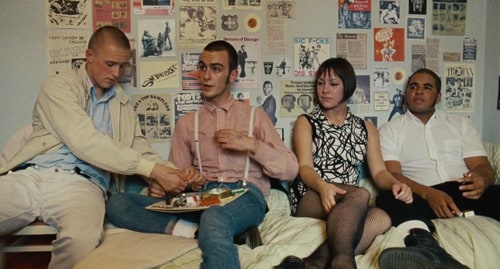 Shane Meadows’ semi-autobiographical account of growing up in the eighties and falling in with a skinhead gang that eventually gets taken over by nationalists and white supremacists is a bleak film, completely without any semblance of nostalgia. Thomas Turgoose, in his first acting role, is the star of the show as the troubled Shaun, a bullied and fatherless adolescent who finds a new family in the skinhead gang. He’s conflicted when the group splits over politics and falls for the sensationalist rhetoric of the far-right neo-Nazis.

This is England is a brilliant exploration of political extremism and how prejudiced beliefs come to have such an influence over people. It’s also a touching and authentic depiction of life in a boring English town through the eyes of a kid, easily swept up by charismatic elders. 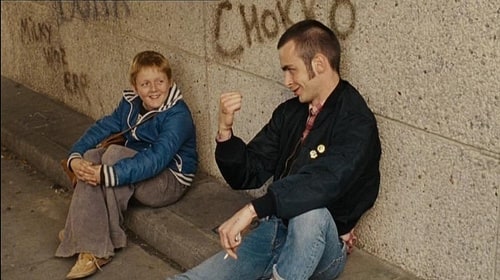 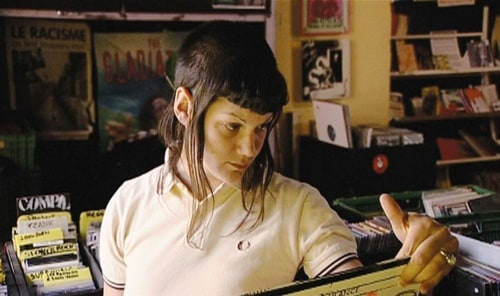 SKINHEAD ATTITUDE is the first documentary which outlines the history of forty years of skinhead movement from its extreme left to its extreme right wings. Starting by asking for the most recent development of the movement, the film describes the transformation and radicalisation of this subculture of youth.
From London to Berlin, via Helsingborg, Dallas, Las Vegas et Montréal, skinheads establish themselves as a movement of youth with rebellious, violent, often extremist traits. Skins stir up fears and form the street movement which is feared most. They use to be objects of the media but who are they really?

SKINHEAD ATTITUDE is a road movie accompanying Karole, a modern skinhead girl with a traditional and anti-racist attitude. At the age of 22 she discovers her female identity within a male-dominated movement, being skin despite the influential stereotypes and the looks of others. The film is a musical journey which, by following Karole and her companions, draws a portrait of contemporary young skinheads. We meet them continuously on concerts or international assemblies, from France to Britain, from Germany to Scandinavia and, finally, to the United States. 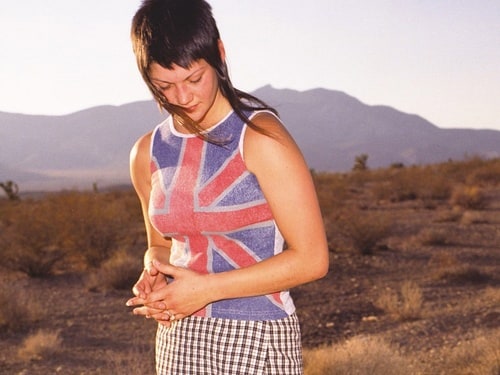 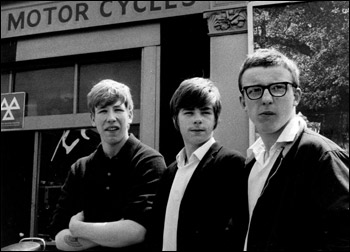 Filmed in the Stratford area of East London in 1969 with a cast of untrained young actors from the area the film ‘Bronco Bullfrog’ should be rightly hailed as a lost classic of British cinema as well as a testament to the subtle changes in street style from skinhead to suedehead.

The streets, alleyways and wastelands of a depressing east end perfectly capture Britain at the end of the sixties and remind us that the kaleidoscopic, explosion of colour known as the ‘swinging sixties’ did not in fact permeate the whole of the uk – not even across the country’s capital.

Caught between adolescent and adulthood Del and his friends struggle to find a place and purpose in the world. Trapped by the twin curses of economy and geography and still under the watchful eye of their parents the group meander around the broken and neglected streets that provide the films backdrop in search of whatever entertainment they can find or make. A lone pinball machine in a bleak cafe, bunking in to the local cinema, petty crimes, vandalism and turf wars are pretty much all that is on offer. 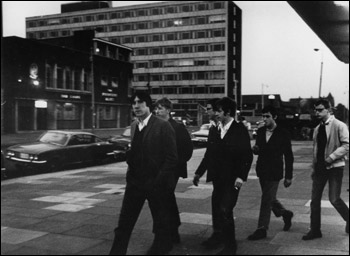 "Throughout history, there have been a lot of people in this world who have had bad reputation, and granted, many of those people deserved it: Terrorists, the KKK, Nazis, gangs, the list could go on. However, there is at least one group of people who have earned their bad reputation from having the wrong kinds of people become active in the scene instead of bringing it upon themselves. These people are who you would call "skinheads."

Now, before you jump to conclusions, hold on just for a moment. It might sound crazy for someone to justify these people, but what do you really know about skinheads?

When most people think of skinheads, the first thing that comes to mind is often a racist Neo-Nazi white male with unsightly tattoos all over their body and generally threatening demeanor. They might even think of someone like this being affiliated with the KKK. How about a redneck? Sometimes, that's the case. Except all of this could not be farther from the truth. There are two sides to be evaluated here, with two different types of people, so lets start with the history of this group.

It all began in the United Kingdom -- back in the late 1950s and early 1960s when people had more disposable income to spend however they pleased. A lot of the young people spent their money on high end fashion trends that were brought about by U.S. R&B groups, British rock bands, and even movie stars. These young people became known as mods, who would be known for their consumerism, devotion to fashion, music, and scooters, which were a major staple in this subculture.

Of course, not everybody during the time could afford to keep up with such trends, and this caused two very specific groups to exist within the mod subculture. The peacock mods (also known as the smooth mods) always had the latest fashions and were known as being the least violent of mods, while the hard mods were more working class: With significantly less money, they opted for boots, straight legged jeans, button down shirts, and suspenders. When they did have money, they'd spend it on tonic suits and other classy outfits that they could wear to dance halls where they'd enjoy music of the ska, rocksteady, and reggae genres. These people often had closely shaven heads (mostly for workforce reasons, and ease of maintenance), which is where the term skinhead arose from. By the late 1960s, it was what they were commonly known as.

Where did the Racism and Hate Come From?

These skinheads were not racist, seeing as the original skinhead subculture was compromised of both whites and blacks. Of course, there is always the exception with anything and anyone, but as a whole, skinheads did not care about the color of a persons skin, and many weren't even too big on politics (later on though, this would change).

With most of their influence in music coming from the rude boys of Jamaica (many of them were now in Britain since there was a surge of emigration from their homeland), such as ska, rocksteady, and early reggae, it wasn't unheard of to see these two groups of people together often, especially at dance halls where they could drink and dance. In fact, the second wave of ska that emerged during the 1970s known as 2-Tone, most likely would not have come about without the culture mixing of skinheads and rude boys.

They focused on working, staying true to their friends, and most of all, enjoying music and having a good time.

Things wouldn't stay so simple for long, though. The 1970s quickly came, and the skinhead subculture began to fade while also splitting off into even more subcultures (though they were small and are not of much importance to this article).

It was during the late 1970s that some skinheads began associating themselves with political movements such as the British Movement and the National Front, which was a far-right, whites-only political party who firmly believed that many of the socio-economic issues that Britain faced were due to the non-white emigrants in the UK. Even Neo-Nazis began to take the skinhead name and warp it, adopting the clothing style of boots, braces, and shaved heads. The 1970s changed everything.

It's because of these different groups, people often think of skinheads as being violent white supremacists. It's worth knowing that even though white supremacist "skinheads" (they really do not even deserve to be called as such, and true skins will often get angry because of this) exist in large numbers, so do anti-racist skinheads. These skinheads are called SHARP skins, which stands for Skinheads Against Racial Prejudice.

When referring to skinheads, the term tradskins is often used and preferred instead since it means "traditional skinheads," who are skinheads that keep true to their original roots and aren't racist. They're (usually) also not affiliated with other skinhead movements such as RASH or SHARP."

That's Racist! (Maybe It's Not)
10 item list by ChihuahuaDaddy
11 votes

Singers Who Failed as Actors by Leo

British Comedy: Two of a Kind by Holy Godiva