The History of Jamaican Music


Note: The Skatalites played initially between 1963 and 1965, and recorded many of their best known songs in the period, including "Guns of Navarone". They also played on records by Prince Buster and many other Jamaican artists who recorded during the period. They reformed in 1983 and have played together ever since.


Note: The Paragons were a rocksteady band from Kingston, Jamaica, active in the 1960s. Their most famous track was "The Tide Is High", written by band member, John Holt. The Paragons were originally Garth "Tyrone" Evans, Bob Andy, Junior Menz, and Leroy Stamp. In 1964 Stamp was replaced by John Holt, and Howard Barret replaced Menz.
(FYI, this song is not a cover ! This is the original song which has been covered many times).


Note: Desmond Dekkker was a Jamaican ska, rocksteady and reggae singer-songwriter and musician. Together with his backing group, The Aces (consisting of Wilson James and Easton Barrington Howard), he had one of the first international Jamaican hits with "Israelites". Other hits include "007 (Shanty Town)" (1967) and "It Miek" (1969). Before the ascent of Bob Marley, Dekker was one of the most popular musicians within Jamaica, and one of the best-known musicians outside it.

0
Toots and the Maytals


Note: Toots and the Maytals, originally called simply The Maytals, are a Jamaican musical group and one of the best known ska and reggae vocal groups. According to Sandra Brennan at Allmusic, "The Maytals were key figures in reggae music. Formed in the early 1960s when ska was hot, the Maytals had a reputation for having strong, well-blended voices and a seldom-rivaled passion for their music. Hibbert's soulful style led him to be compared to Otis Redding".

0
Bob Marley and the Wailers


Note: Do I really need to introduce him ? Robert Nesta "Bob" Marley was a Jamaican singer-songwriter and musician. He was the rhythm guitarist and lead singer for the ska, rocksteady and reggae bands The Wailers (1964–1974) and Bob Marley & The Wailers (1974–1981). Marley remains the most widely known and revered performer of reggae music, and is credited with helping spread both Jamaican music and the Rastafari movement to a worldwide audience.


Note: Winston Rodney, also known as Burning Spear, is a Jamaican and a living legend roots reggae singer and musician. His career started at the end of the 60's when Bob Marley advised him to start at Clement Dodd's famous Studio One label.


Note: Peter Tosh, born Winston Hubert McIntosh was a reggae musician who was a core member of The Wailers who then went on to have a successful solo career as well as being a trailblazer for the Rastafari movement.


Note: Max Romeo (born Maxwell Livingston Smith) is a reggae and roots reggae recording artist who has achieved chart success in his home country, and in the UK. Romeo was responsible for launching an entirely new sub-genre of reggae, whose overtly suggestive lyrics caused an outcry but took a massive hold of the music scene regardless. And once the nocturnal naughtiness faded, the singer established himself as one of the most important figures in the roots scene.


Note: Lee "Scratch" Perry (born Rainford Hugh Perry, 20 March 1936, Kendal, Jamaica) is a seminal Jamaican reggae producer noted for his innovative studio techniques and production values. Perry was one of the pioneers in the development of dub music with his early adoption of effects and remixing to create new instrumental or vocal versions of existing reggae tracks. Perry has worked with Bob Marley and the Wailers, Junior Murvin, the Congos and Max Romeo. He is a long time member of the Rastafari movement.


Note: Gregory Anthony Isaacs was a Jamaican reggae musician. Milo Miles, writing in the New York Times, described Isaacs as "the most exquisite vocalist in reggae". He invented his own genre called "lovers rock".


Note: Dennis Emmanuel Brown (1 February 1957 – 1 July 1999) was a Jamaican reggae singer. During his prolific career, which began in the late 1960s when he was aged eleven, he recorded more than 75 albums and was one of the major stars of lovers rock, a sub-genre of reggae. Bob Marley cited Brown as his favourite singer,dubbing him "The Crown Prince of Reggae", and Brown would prove influential on future generations of reggae singers.


Note: U-Roy born Ewart Beckfordis is a Jamaican musician, also known as The Originator. He is best known as a pioneer of toasting (consisting of comedy, boastful commentaries, chants, half-sung rhymes, rhythmic chants, squeals, screams, and rhymed storytelling on top of a song already playing).


Note: Horace Swaby (June 21, 1954 – May 18, 1999), known as Augustus Pablo, was a Jamaican roots reggae and dub record producer, melodica player and keyboardist, active from the 1970s onwards. He popularized the use of the melodica (an instrument at that time primarily used in Jamaica to teach music to schoolchildren) in reggae music. His album King Tubby Meets Rockers Uptown (1976) is often regarded as one of the most important examples of dub.


Note: Mighty Diamonds are a Jamaican harmony trio (Donald "Tabby" Shaw, Fitzroy "Bunny" Simpson, Lloyd "Judge" Ferguson), recording roots reggae with a strong Rastafarian influence. This trio was formed in 1969 and remains together as of 2012. They are best known for their 1976 debut album Right Time produced by Joseph Hoo Kim and the 1979 release Deeper Roots.


Note: Israel Vibration is a reggae harmony trio, originating from Kingston, Jamaica. Lascelle "Wiss" Bulgin, Albert "Apple Gabriel" Craig, and Cecil "Skeleton" Spence all overcame childhood polio and went on to be one of the most successful roots groups to form in Jamaica in the late 1970s. The trio initially met as children at a rehabilitation center.
After going their separate ways, and each converting to the Rastafari movement, they reunited in Kingston around 1969 and formed a vocal group.


Note: Black Uhuru are a Jamaican reggae group formed in 1972, initially as Uhuru (Swahili for 'freedom'). The group has undergone several line-up changes over the years, and had their most successful period in the 1980s, with their album Anthem winning the first ever Grammy Award for Best Reggae Album in 1985.


Note: Jacob Miller was a Jamaican reggae artist who first recorded with Clement Dodd. While pursuing a prolific solo career, he became the lead singer for reggae group Inner Circle with whom he recorded until his death in a car accident at the age of 27.


Note: Third World is a Jamaican reggae band formed in 1973. Their sound is influenced by soul, funk and disco. It is one of the longest running and most diverse bands from Jamaica.


Note: Carol Theresa East known by her stage name of Sister Carol, is a Jamaican reggae recording artist. When she was 14, her family immigrated to Brooklyn, New York. East soon became involved in the Jamaican music scene.


Note: Garnett Silk was a Jamaican reggae musician and Rastafarian, known for his emotive, powerful and smooth voice. During the early 1990s he was hailed as a rising talent, but his career was ended by his early death in 1994, while attempting to save his mother while his house was on fire.


Note: Anthony B is the stage name of Keith Blair Clark's Town, Trelawny, Jamaica), a Jamaican musician and member of the Rastafari movement. While attending high school, Anthony B debuted as a deejay for the local sound system, Shaggy Hi-Power.In 1988, he befriended reggae artists such as Determine, Mega Banton, Ricky General and Terror Fabulous.
At this point in the reggae industry, singing "slack" songs about women was the popular thing to do. Anthony B did not believe in degrading women and chose to pen politically-slanted songs instead.


Note: Sizzla Kalonji, or simply Sizzla (born Miguel Orlando Collins) is a reggae musician. He is one of the most commercially and critically successful contemporary reggae artists and is well-known for his unusual productivity.


Note: Beres Hammond (born Hugh Beresford Hammond, 28 August 1955, Annotto Bay, Saint Mary, Jamaica) is a reggae singer known in particular for his romantic lovers rock and soulful voice. While his career began in the 1970s, he reached his greatest success in the 1990s.


Note: Vivienne Tanya Stephens, better known by her stage name Tanya Stephens is an influential reggae artist who emerged in the late 1990s. Stephens is most known for her hits "Yuh Nuh Ready Fi Dis Yet" — the single was later featured on the Reggae Gold 1997 compilation album — and "It's a Pity", which achieved Tanya international recognition.


Note: Capleton (born Clifton George Bailey III) is a Jamaican reggae and dancehall artist. He is also referred to as King Shango, King David, The Fireman and The Prophet. His record label is called David House Productions. He is known for his Rastafari movement views expressed in his songs.


Note: Turbulence (born Sheldon Campbell) is a Jamaican reggae artist . He is a self-proclaimed member of the Rastafari movement. He was discovered in 1999 by Philip "Fatis" Burrell.

I gathered various Jamaican music artists representing the evolution of the Reggae music from the early days to nowadays. 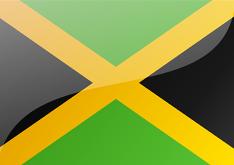 ... and if you want to listen to something else, check these lists ! :

...and If you're curious about my other interests beside movies, please check this list : Before I ONLY watched movies...

For more music lists, check this :
My Music lists

Filmography of Wesley Snipes: From Best to Worst by - WreckMe -

Best albums of 2009 by the giraffe

The evolution of Chris Rock by johanlefourbe