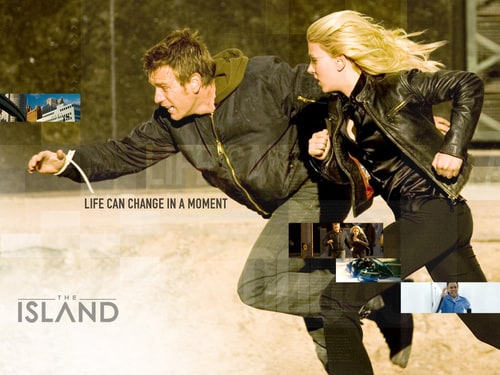 This is the first time, in my opinion, where Michael Bay had a pretty good script to work with. The concept was intriguing, and although many could tear its originality apart, I still loved the themes it tackled. Yes, you could say Bay didn't go far enough in terms of delving deeper into these ideas about clones, but I found the film amazingly exciting. It's the only Bay film that actually has an interesting screenplay, and the action itself is quite restrained - there's not a great deal of destruction as opposed to something like Bad Boys II.
Spunkeroo's rating:

Look, Bad Boys II is Michael Bay fanboy's dream-come-true... and I'm a Bay fanboy. Yes, guilty as charged. This is what I like seeing in mindless Michael Bay action movie - a shitload of destruction and Baysplosions, and truely offensive and over-the-top humour. Yes, the story is thin, and the running time is brutal, but if you like to see two and a half hours of destruction, look no further than Bad Boys II. This is the result when Bay can just be Bay and blow shit up and do whatever the hell he wants with his action film, and it works pretty well.
Spunkeroo's rating:

I saw Transformers when I was around 13 years of age. I was the target audience, and I loved the hell out of it. Even as I watch it now as an 18 year old, I still love it. Transformers is like the Twilight for adolescent boys like me. I am aware how dumb I am to give this 5 stars, but I still remember what it was like when I saw this for the first time.
Spunkeroo's rating:

Bay's second film after the first Bad Boys film. It may not deliver on story, but surprisingly, it has interesting characters, and the pacing is perfect. Also, as always in a Bay film, the spectacle of the action sequences is just brilliant. A highlight of the film is a fantastic car chase set in the streets of San Francisco.
Spunkeroo's rating:

Never have I seen more Baysplosions in a film than Transformers: Dark of the Moon. The film has a lot of issues in the writing department, as it focuses way too much on the humans and the lame humour. But, the last 50 minutes of the film is just amazing - it's a big, non-stop set piece of blowing up Chicago. It's just spectacular, and the 3D is the best I've ever seen. It shows just how much more you could do with the format when you shoot in 3D. As an action movie, this is just mind-blowing stuff.
Spunkeroo's rating: 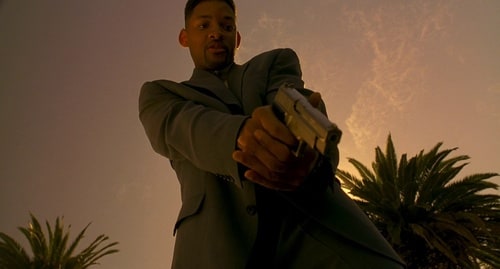 Bay's debut feature. A promising first film - great humour, great action. Although, like with most of his films, the script is thin, but as always there's a lot of humour, so there's never a truly boring moment in the film.
Spunkeroo's rating: 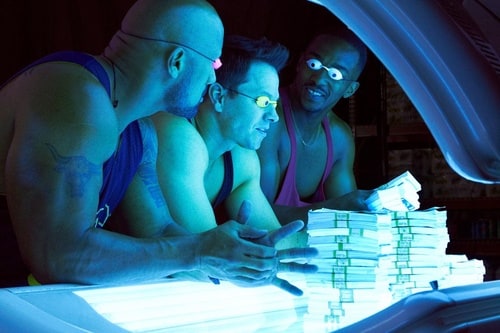 I really enjoyed Pain & Gain. I found it funny and it had all the elements I love to see in a Bay film (hot girls, over-saturated colours, and some pretty silly and offensive humour). That being said, making a trio of murderers the protagonists didn't work as well. Sometimes you're not sure who you're supposed to be rooting for.
Spunkeroo's rating:

Probably Bay's dumbest film. I don't hate this as much as everyone else does. The action still impressed me, although the final set piece is extremely underwhelming. However, the forest battle sequence is terrific, and Megan Fox has never looked hotter.
Spunkeroo's rating: 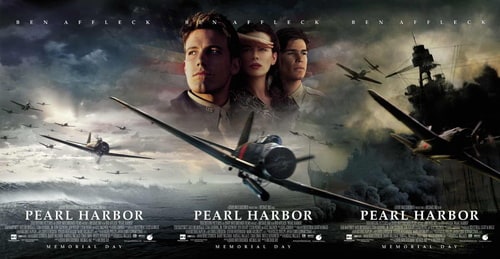 Oh dear, I hate it when Bay goes for a serious tone. It really didn't work well, and the film ended up being extremely corny. Still, the film was shot beautifully, and the set piece of the attack on Pearl Harbour was simply brilliant. There were some tear-jerking moments, but overall, this is one of Bay's worst.
Spunkeroo's rating:

The opening sequence is fairly entertaining, and the song I Don't Wanna Miss A Thing by Aerosmith is awesome. Those are pretty much the only two positives of Armageddon, with the inclusion of a few members of the cast. Other than that, it's over-long and not the kind of film I like to see from Bay. His worst film to date.
Spunkeroo's rating:

Directed By: Michael Mann
5 item list by The Cinephile
2 votes

David Fincher: The best and worst of by Agent Kermit D. Fonz

From Best To Worst: A Nightmare on Elm Street by Exclusive

A Complete Review of Sam Raimi's work by johanlefourbe

Watched in January 2011 by El Raulo

Best Scenes of GOT Season 4 (SPOILERS!) by BAMF