0
Xenoblade Chronicles - Nintendo Wii
First game I played in the Xeno series, pretty much this and my favorite so far

Quoted from my favorites list:
This is could be the best RPG I ever played in my life. A lot of the game's aspects are done really done, the story is really well done surprising considering it's a bit simple than compared to Xenogears/Xenosaga. The gameplay while not for everyone due to it's MMO/FF12 feel is still done well with so much areas to explore, quests to complete, and items to get. I would talk about the visuals, but I let the picture explain it. Thanks to this game, I got interested in more types of games and it renew my love for gaming. 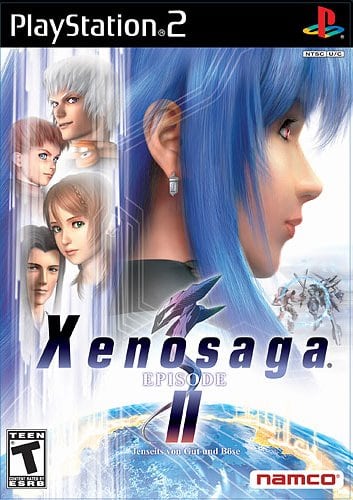 It isn't horrible, but its not good. The music is downgraded, and my problem with it is that it feels boring. The battles aren't engaging or exciting to take part of.
LordDarkrai's rating:

I can't say a lot of this since I haven't beat it, but it is fun and talking with demons is addicting to do. 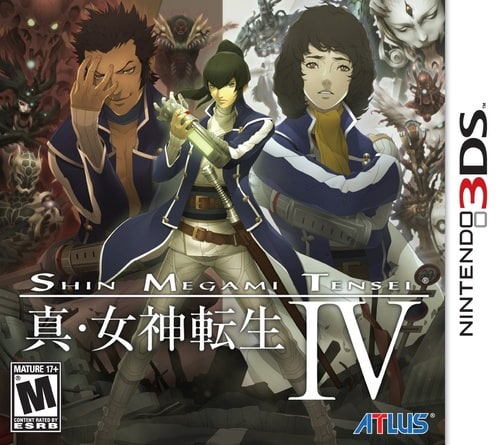 "This is a really good game. I felt invested on the story and it made me feel guilty of my own choices. The gameplay has changes like smirking, saving everywhere, and such. But it still has that SMT difficulty that's part of this series. There's a lot of content from a sometimes annoying world map to explore, 500 demons to get, and skills to get to build a good set for your character. This is my favorite 3DS game so far."

Least favorite: Not yet so far.

0
Pokémon: Yellow Version - Game Boy
First game in the series
Pokemon Yellow:
This is the first game in the series that I got when I was young. I remember getting though the game without the batteries dying out. I was very much into the craze of Pokemon collecting cards, watching the show, and seeing the movies on the big screen. I really enjoy the series to how addicting it is to collect all and battle everything. 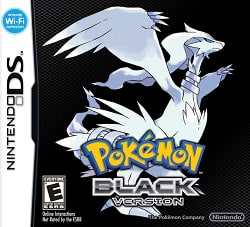 I enjoy the story more and they added acouple of interesting things to the story that make it fresh. The addicting valve is still there with new features to keep you busy. 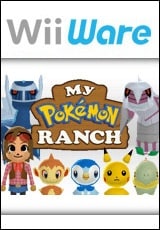 Didn't care much about this one but on the bright side I got some Pokemon from the game and I put some in the game to keep my Diamond PC from being full.
LordDarkrai's rating:

0
Grand Theft Auto: San Andreas - PlayStation 2
First game in the series
San Andreas:
I played this when I was 11. I don't remember what were my thoughts on this at that time but when I was old enough, I was amazed on how open the world is and it helps that you can do alot of things in the game while not doing any missions. 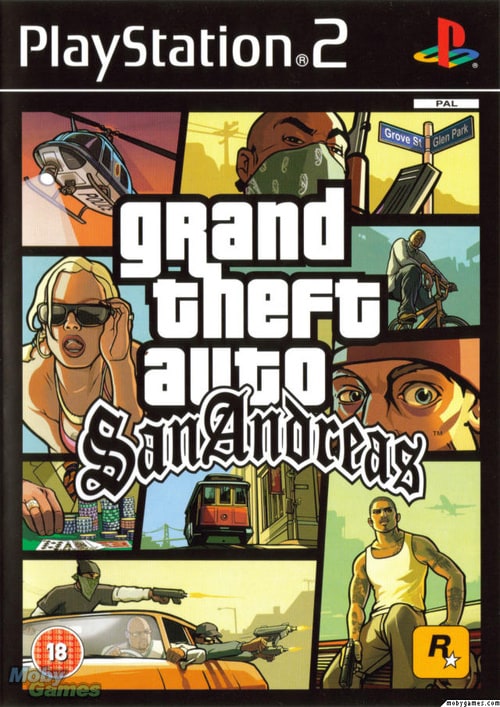 When I got an new copy of this last year. I loved it. I love it for how huge everything is. Their's alot to do off missions. You can explore the area, go on dates, or just cause chaos. Even I find myself humming to the music in the radio station while playing.

Least favorite game that is not bad at all. 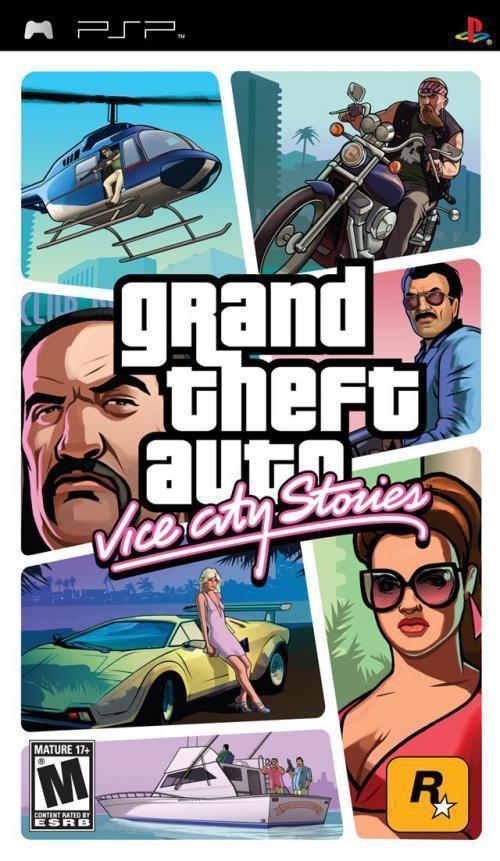 There kind of not much to do aside from taking over stores and maybe it's just me that some of the controls felt abit odd since there no second stick to control your person. Maybe I replay this one later.
LordDarkrai's rating: 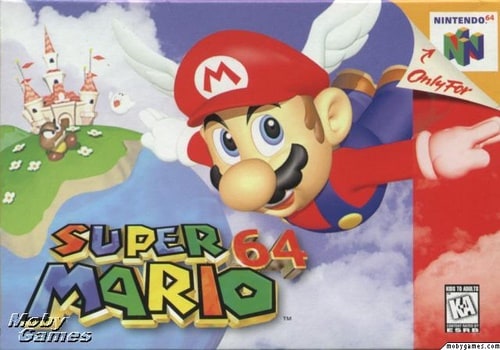 I don't remember much on my thoughts when I was little but I likely back them enjoy it for the creative worlds and how awesome Mario is. 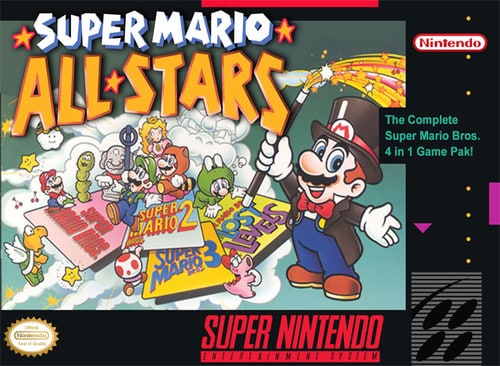 I played the heck out of this one. All 4 fours game are timeless and still great to this day with an simple concept, great gameplay and memorable music. 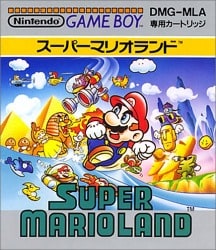 I play this once in an while but not as memorable as his other adventures.
LordDarkrai's rating:

I play the first one mostly because of that it had the Nightmare Before Christmas world while I really like when I was 11. When I played it, I enjoy the combat, story, music and how well they handled the Disney worlds. 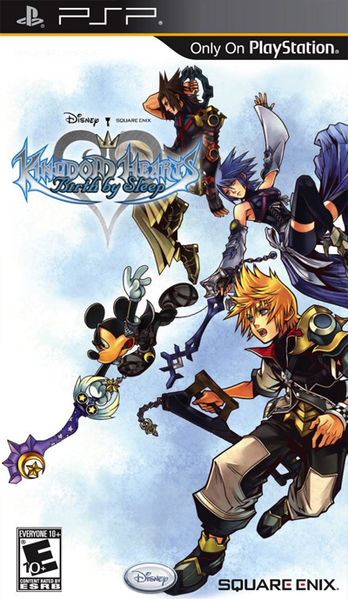 I was very in too the story for this one. The characters are likable, the combat is great with memorable bosses, the commends that you can mix into one is a great idea I hope is in more games in this series. 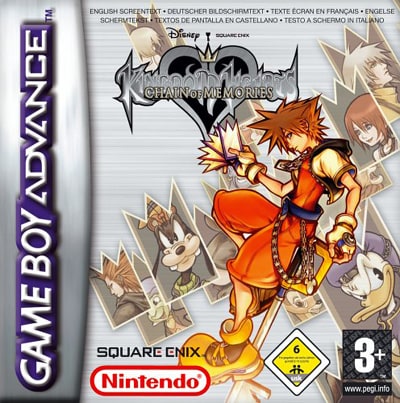 While the story is still good, the combat while I like that they tried something different is okay and going in the same rooms can get old quick.
LordDarkrai's rating:

0
Final Fantasy VII - PlayStation
First game in the series
I didn't play this alot when I was little. I remember watching my brother playing it before my PlayStation broke. I played this at 2010 and I enjoyed the combat, story and I see why it made an huge impact when it first came out. 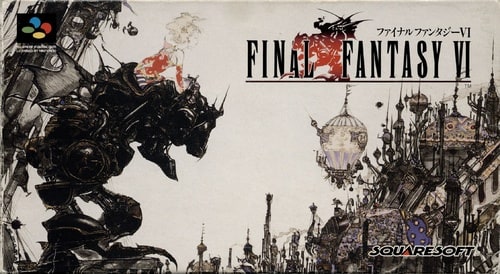 When I play the Playstation version, I loved it. I love the characters, the story is really good and has alot of great moments that got me more into the game. 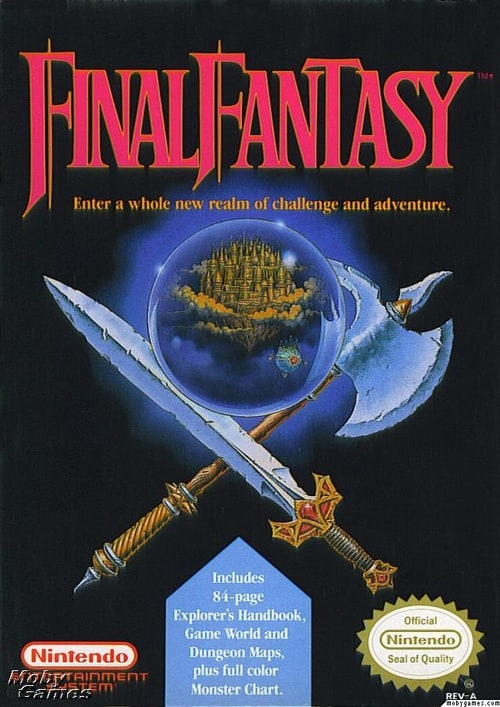 I honestly wanted to get into it. I really want to like it but I never got into it, the story just never interested me. Maybe I give this one an try sometime later to get into again.
LordDarkrai's rating:

0
The Legend of Zelda: Ocarina of Time - Nintendo 64
First game I played.
I remember playing this over someone's house and dying in the field. I have an blast playing this and it still holds up very well. 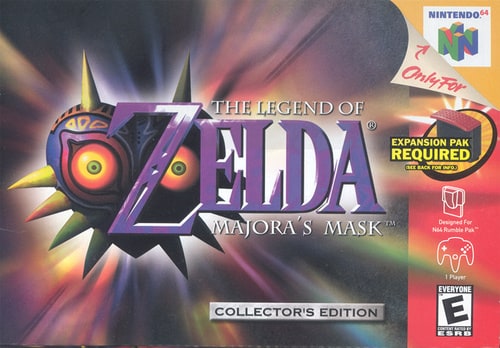 I enjoy this more when OoT. I loved the dark take on the story. I didn't mind the whole 3 days and back part of the game. The music is very good adding an feel that fits with the themes in the game. The gameplay is still fun with helpful mask to use to save the world. 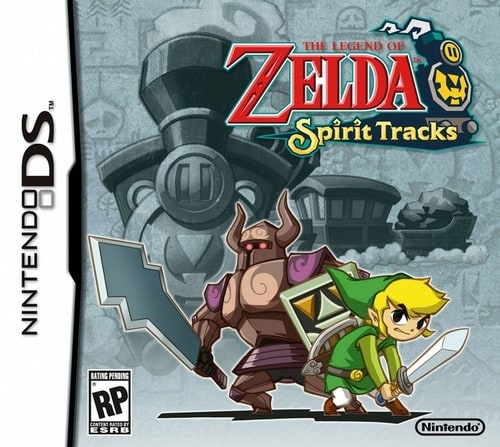 0
Sonic the Hedgehog 3 - Sega Genesis and Mega Drive
First game I played in the series
Don't remember much on my thoughts on it when I was little. All I remember is playing one of the forest stages. I play this later on the mega Collection on the GameCube and I very enjoy it. 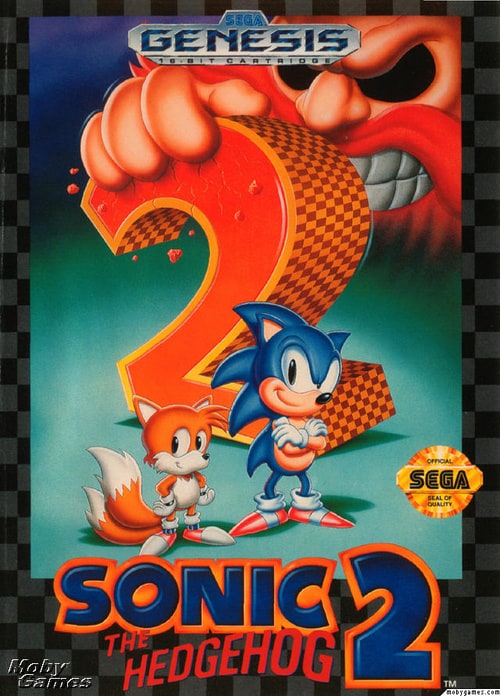 This is one of my favorite games of all time. The stages are really well done and just very fun to play. 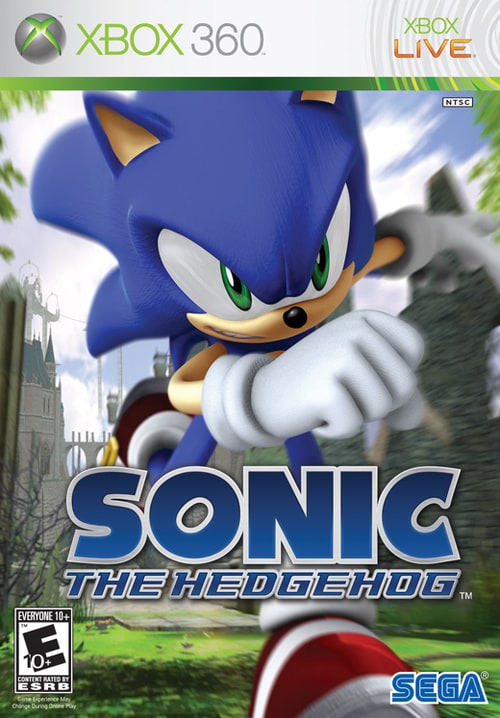 I was curious about this one when I heard more about it and I see why people didn't like it. The controls wasn't enjoyable, the camera is bad and there are unsuspecting traps that could kill you at times.
LordDarkrai's rating:

I very enjoyed playing this. The idea to beat up Nintendo characters is very fun. It also helps that the control are good and the gameplay being great. It was an blast. 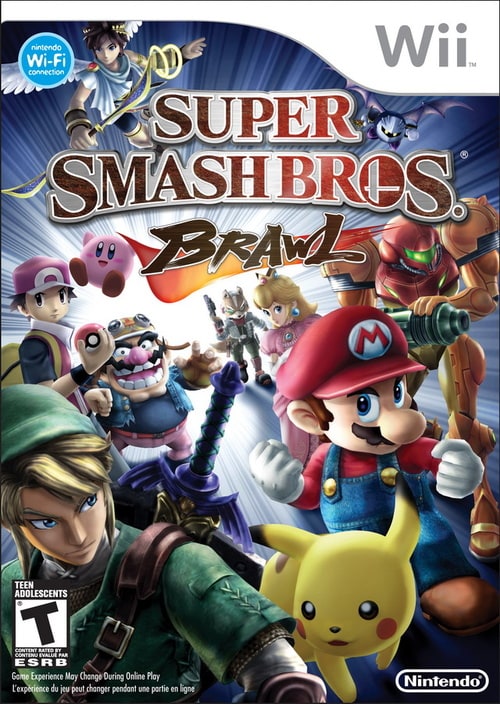 While having a few flaws, it's still have the addicting feel that made the game fun to play with new features, new characters, and new stages. 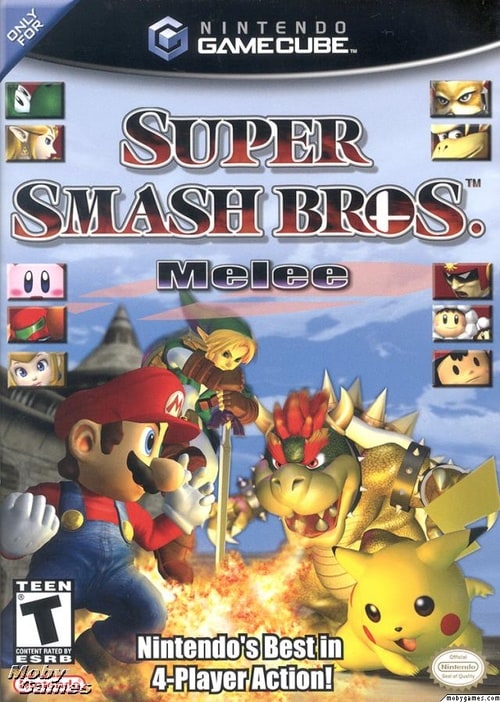 This is another one I enjoyed alot when I was about 8.

0
Kirby's Avalanche - Super famicom and SNES
First game I played in the series.

I remember playing this when I used to have it. I think I enjoy it back when I was 9. My thoughts now that I haven't play this in years and I need to get this again some other time. 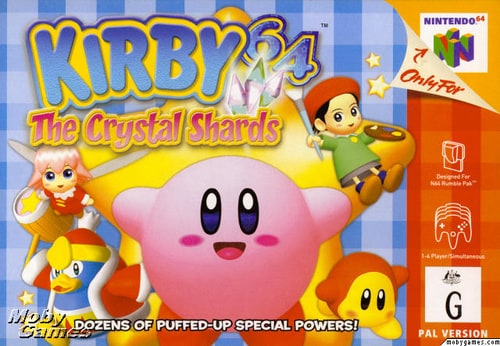 I enjoy this one alot because of the ability is mix two abilities into one. This idea is very awesome trying to find which ones works and which doesn't. The stages are also done well and just an blast to play. 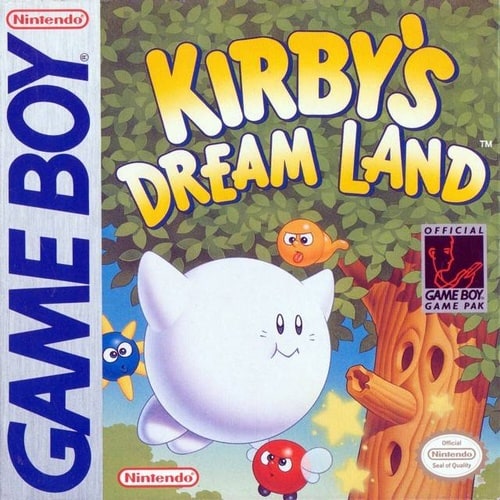 While short, I still think this is good, the music is good and an good start for Kirby.
Inspired by Pumpkinate's list which you can find right here.
www.listal.com/list/pks-favorite-video-game-series

And here's my take.

Game Developers/Publishers I'm keeping my eye on by LordDarkrai

Favorite Type of Genres by LordDarkrai

Best of Gaming 2013 by LordDarkrai