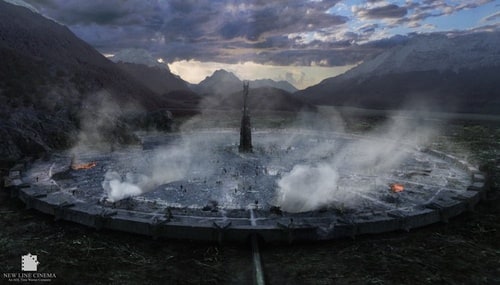 The Real Place:
Middle Earth all came from author J.R.R. Tolkien's surroundings growing up in and around the city of Birmingham, England. The image is what the University of Birmingham looked like back when Tolkien was in town. 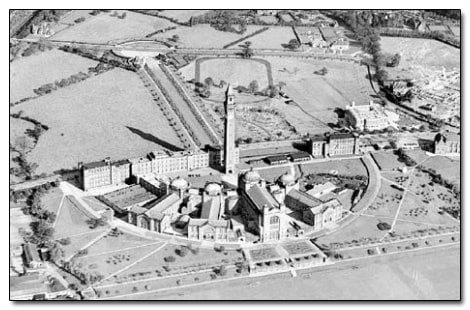 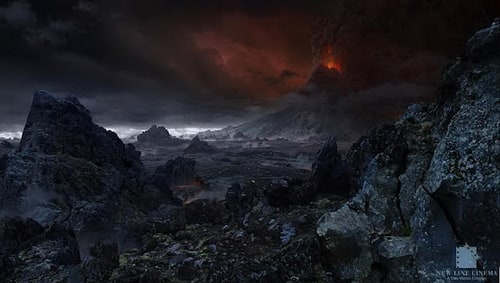 The Real Place:
Just northwest of Birmingham was an area called the Black Country, so called because it had been marred with pollution from all the coal mines, iron foundries and steel mills dotting its landscape thanks to the Industrial Revolution. The air was so dense with smog and dust and ore that the whole place looked dark all the time. 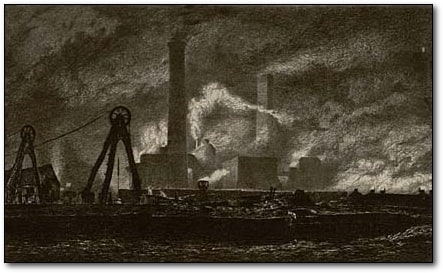 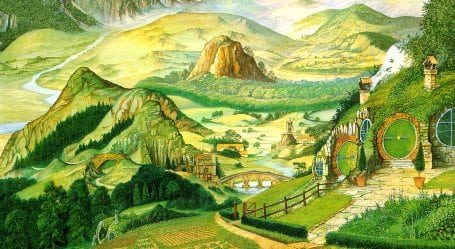 The Real Place:
At another point in his childhood, Tolkien lived in Sarehole (a hamlet right outside of Birmingham). It provided much of the inspiration for what eventually became the Shire. It even was said to have large tunnels running beneath it that could've easily been the basis for Bag End, Bilbo's home (and incidentally also the name of Tolkien's aunt's farm in the area). Sarehole and nearby Moseley Bog look like something out of The Lord of the Rings. 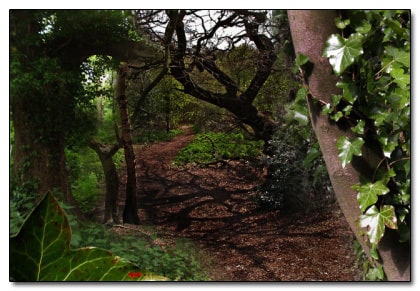 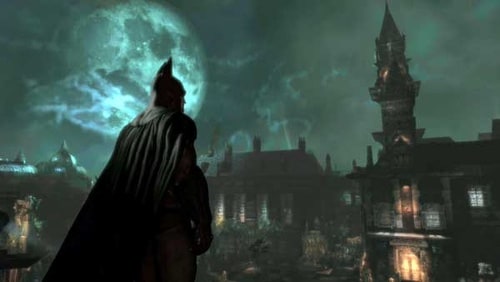 The Real Place:
Danvers State Hospital in Massachusetts.
Arkham is of course well-known for both its creepy atmosphere and its atrocious security, which make it kind of asylum. Even without the costumed villainy lurking inside, Arkham Asylum is pretty over the top. Its looming structures and labyrinthine hallways lean heavily toward the macabre, almost to the point of absurdity. 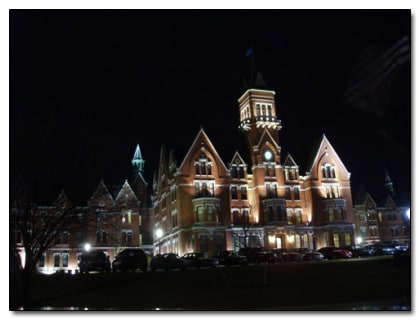 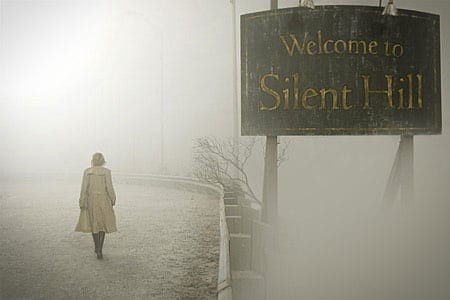 The Real Place:
Those are pictures of the town of Centralia, Pennsylvania, which at one point was a nice enough place to live, with a population of over 1,000 residents.
Then the strip mine beneath Centralia caught fire and the residents were evacuated by the order of Governor Dick Thornburgh. The fire is still burning ... five decades later. 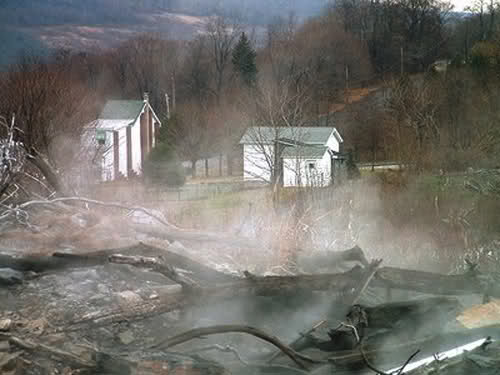 The massive, smoldering hellblaze has opened up sinkholes, steam pits and carbon monoxide vents all over the town. Just like Silent Hill, Centralia is burning from the inside out, as if it were sitting directly over the gates of hell. 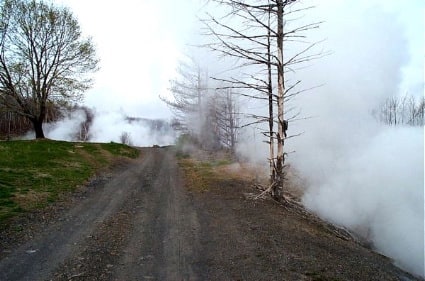 While the Silent Hill movie was in production, the filmmakers actually visited Centralia for inspiration, which seems obvious when you compare photos of the actual church in Centralia with stills of the Spookhouse Chapel of Barbed Wire Rape from the film. 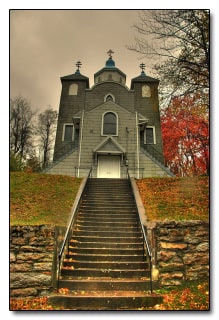 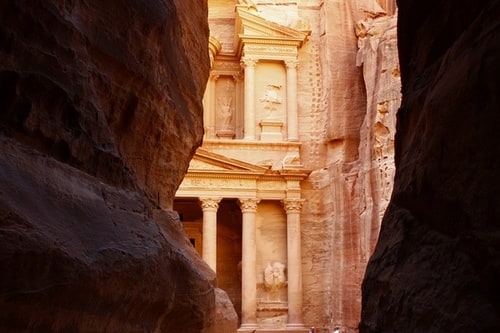 The Real Place:
That city is completely real, and it's called Petra.
In the film, the grail is stashed in an ancient temple deep within the Middle Eastern desert in "The Canyon of the Crescent Moon."

Surely that has to be a matte painting, but it was modeled after the narrow canyon that leads through the ancient Jordanian town of Petra: 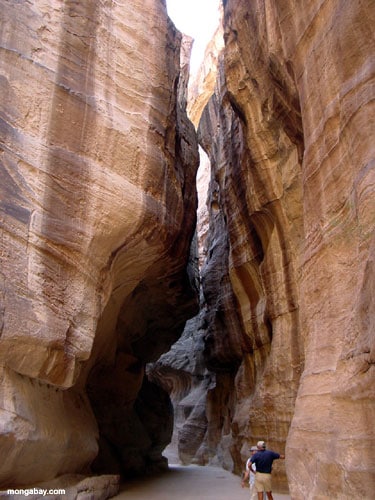 The city remains perhaps the single most jaw-dropping surviving masterpiece of rock-cut architecture on the planet, boasting a theater, a monastery, numerous tombs and, at the end of a narrow passage, Al Khazneh: the treasury. 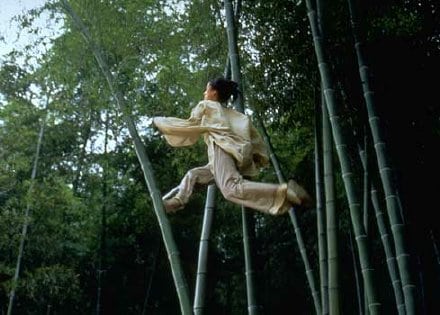 The Real Place:
Bamboo forests like that can be found around the world, and they're actually more striking than what you saw in the movie. Here's Arashiyama, a forest outside of Kyoto, Japan. 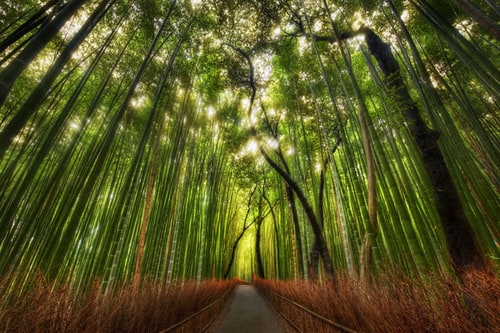 Crouching Tiger wasn't the first movie to realize what an awesome setting bamboo forests would be for karate fights -- they turn up in House of Flying Daggers and the 1993 epic poem/anime expose on supernatural rapists Ninja Scroll. 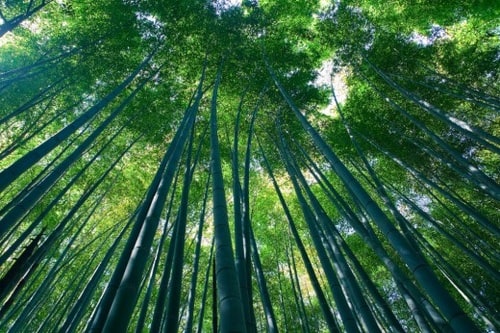 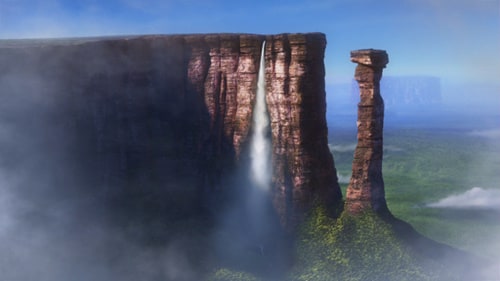 The Real Place:
It's pretty much a photograph of Venezuela's Angel Falls 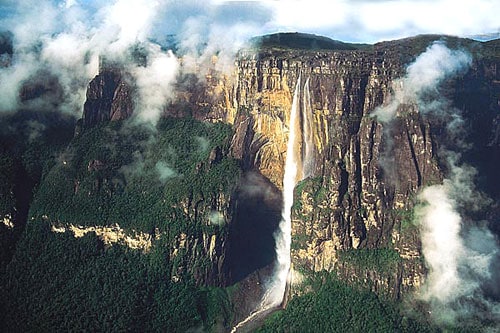 Pixar films love to reference and tie in to one another, but as a general rule they keep references to the real world at a minimum. However, when the real world does show up, it's pretty spot on. 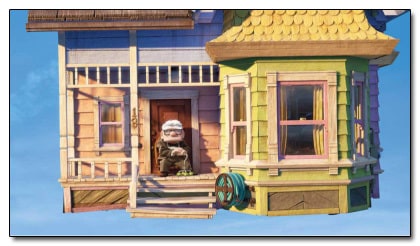 The Real Place:
Even the house of main character Carl was based on a real place, although Pixar refuses to reveal the identity of the inspirational location. However, it is very similar to this house in the greater Oakland area: 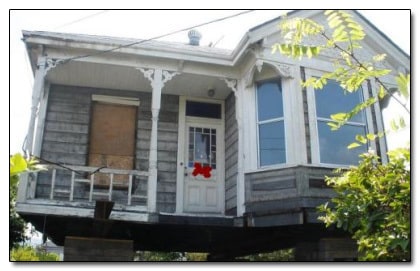 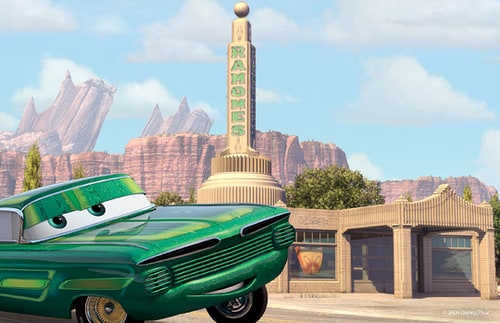 The Real Place:
The history of Radiator Springs and its struggle with the tourism industry was directly inspired by the real-life town of Amboy, California, but the physical locations in the movie were taken from places all over the Western United States. 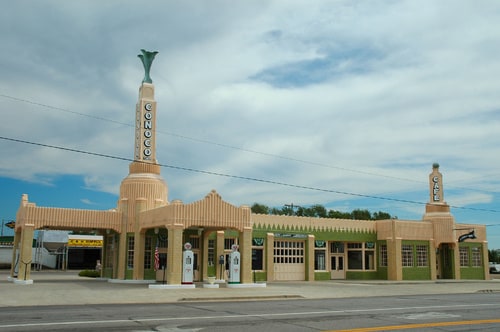 The Real Place:
Clearly based off the Wigwam Motel in Arizona. 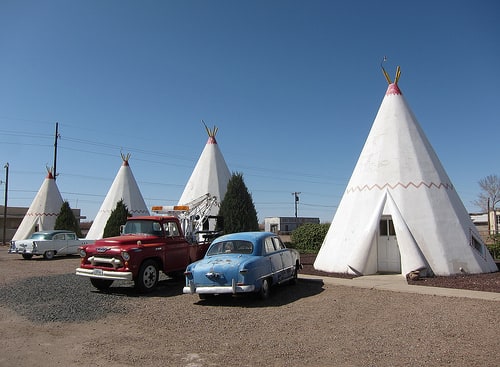 The Evolution of My Profile by Villiana

The World's Most Famous Man-Made Structures by Phil_Sump

My favorite stories based on facts by Villiana

I regret this film. by Agent Kermit D. Fonz

The Best of Tom Hanks by xolmis

Movies to Watch on Halloween by Alix

Most Banned Movies in History by Alix