50 places you must see being in Poland (part 4) 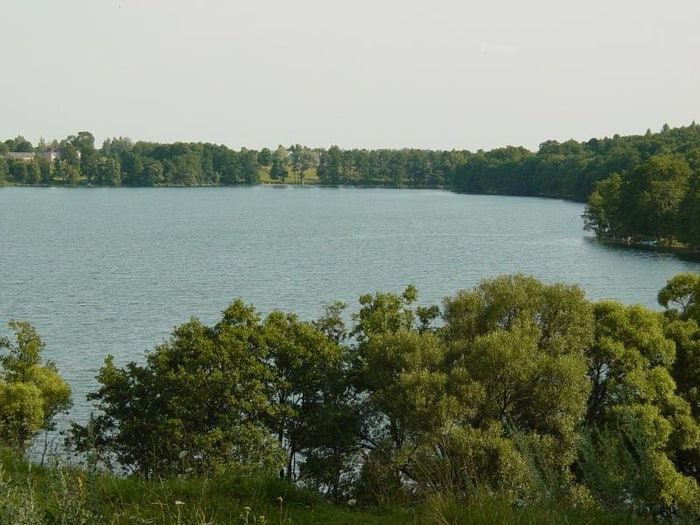 The Park lies within Podlaskie Voivodeship, in Suwałki County.
Within the Landscape Park are three nature reserves. 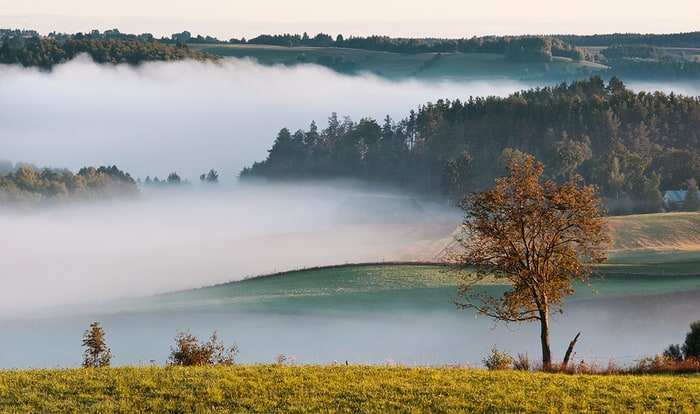 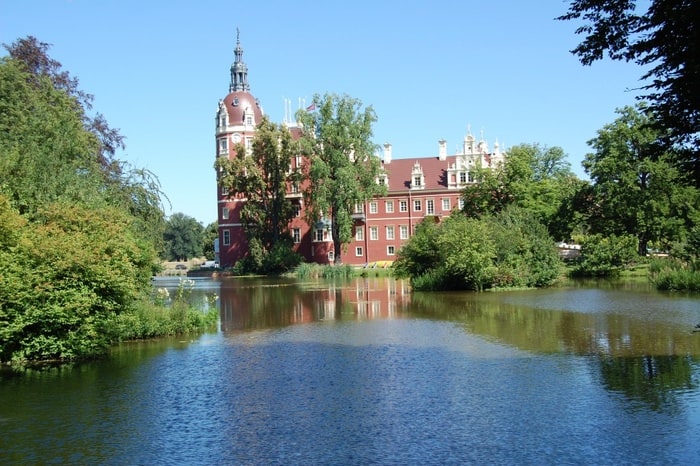 The Muskau Park is the largest and one of the most famous English gardens of Germany and Poland.
Situated in the historic Upper Lusatia region, it covers 3.5 square kilometers (1.4 sq mi) of land in Poland and 2.1 km2 (0.81 sq mi) in Germany. The park extends on both sides of the Lusatian Neisse, which constitutes the border between the countries. The 17.9 km2 (6.9 sq mi) buffer zone around the park encompassed the German town Bad Muskau (Upper Sorbian: Mužakow) in the West and Polish Łęknica (Wjeska, former Lugknitz) in the East. While Muskau Castle is situated west of the river, the heart of the park is the partially wooded raised areas on the east bank called The Park on Terraces. In 2003 a pedestrian bridge spanning the Neisse was rebuilt to connect both parts.
On July 2, 2004, UNESCO added the park to its World Heritage List, as an exemplary example of cross-border cultural collaboration between Poland and Germany. It was added to the list on two criteria: for breaking new ground in terms of development towards the ideal man-made landscape, and for its influence on the development of landscape architecture as a discipline. 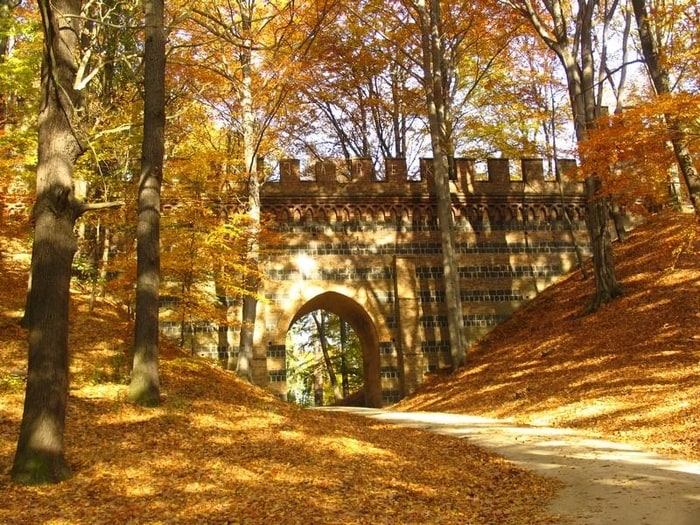 The cliffs on Wolin Island 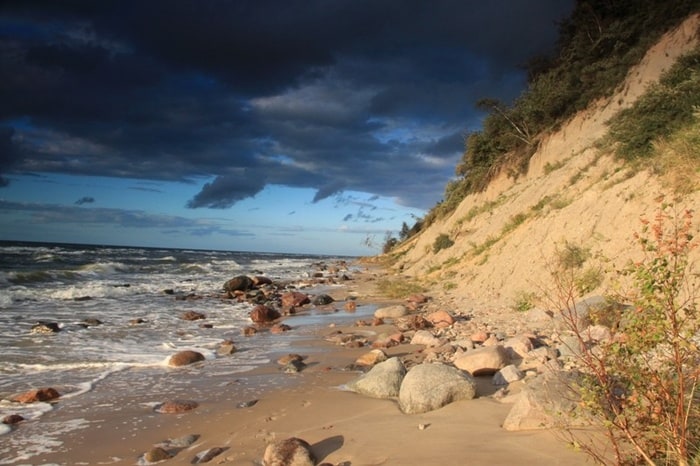 On Wolin Island located the highest cliffs in the country. The cliffs stretch here over 15 km. The highest cliff - Gosań falls on a narrow, rocky beach, almost vertical wall. You can climb up on it and see almost all of the Pomeranian Bay, Międzyzdroje, Świnoujście, and even the German resort Ahlbeck on Uznam Island. 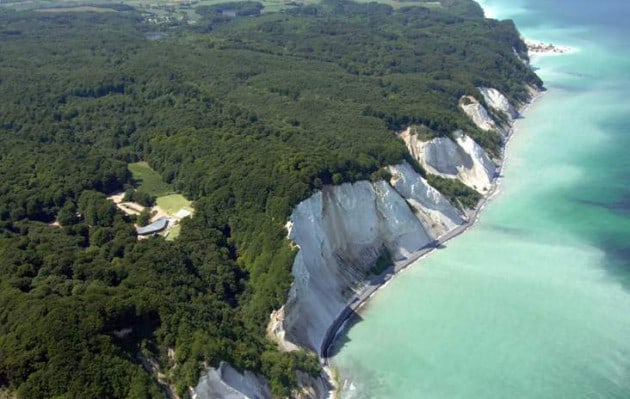 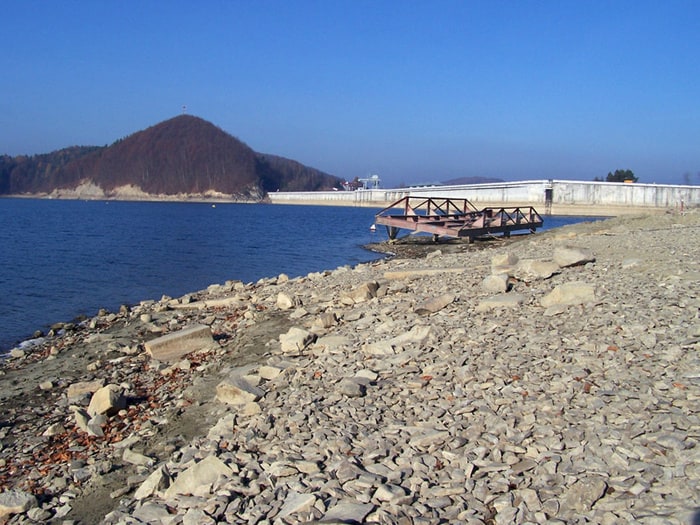 Lake Solina is an artificial lake in the Bieszczady Mountains region, more precisely in Lesko County of the Subcarpathian Voivodship of Poland.
The lake was created in 1968 by the construction of the Solina Dam on the San River. It has an area of 22 square kilometres (8 sq mi) and contains 472 million cubic meters of water, making it Poland's largest artificial lake.
It is the best known tourist attraction of the region, with waterside villages like Solina, Myczkowce and Polańczyk catering to watersports enthusiasts. The lake's great depth, water clarity, and mountainous scenery makes it a very popular destination for boaters. Because of these qualities the lake has been nicknamed the "Bieszczady Sea".
Starting in the 1970s the Wojewódzkie Przedsiębiorstwo Turystyczne (State Tourism Enterprise) "Bieszczady" purchased a number of vessels for the lake and established the lake's White Fleet. The fleet's main ships offer cruises on the lake. 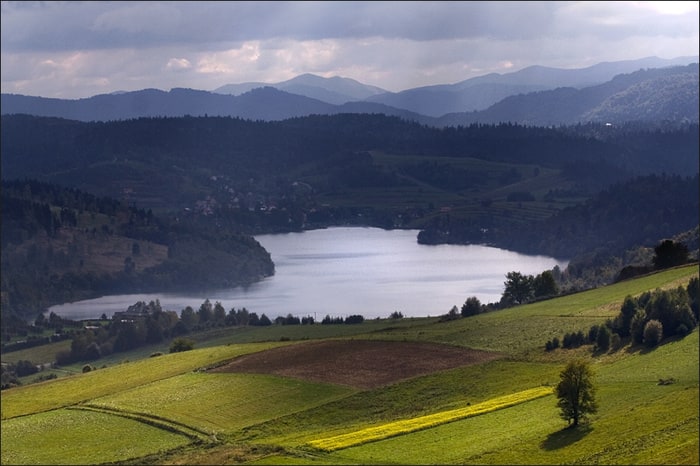 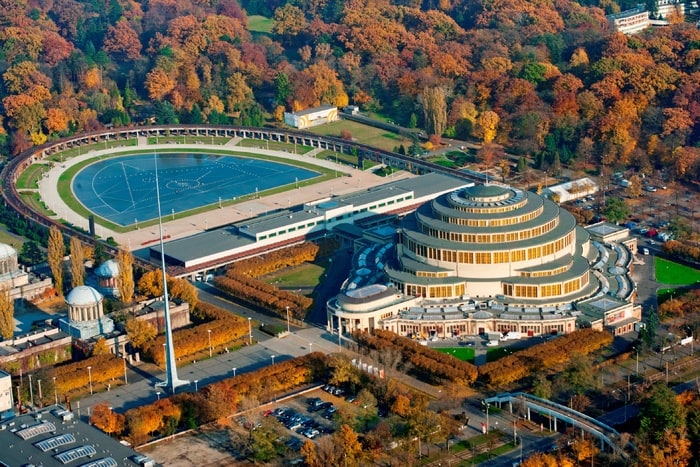 The Centennial Hall is a historic building in Wrocław. It was constructed according to the plans of architect Max Berg in 1911–1913, when the city was part of the German Empire. As an early landmark of reinforced concrete architecture, it was listed as a UNESCO World Heritage Site in 2006.
The building is frequently visited by tourists and the local populace.
It was in the Silesian capital of Breslau on 10 March 1813 where King Frederick William III of Prussia called upon the Prussian and German people in his proclamation An Mein Volk to rise up against Napoleon's occupation. In October of that year, at the Battle of Leipzig, Napoleon was defeated.
The opening of the hall was part of the celebration commemorating the 100th anniversary of the battle, hence the name. The grounds include a huge pond with fountains enclosed by a huge concrete pergola in the form of half an ellipse. Beyond this, to the north, a Japanese garden was created.
After the memorial events, the building served as multi-purpose recreational building, situated in the Exhibition Grounds, previously used for horse racing.
The hall continues to be in active use for sporting events and concerts.
After renovation in 2010 arena can hold 10 000 people. 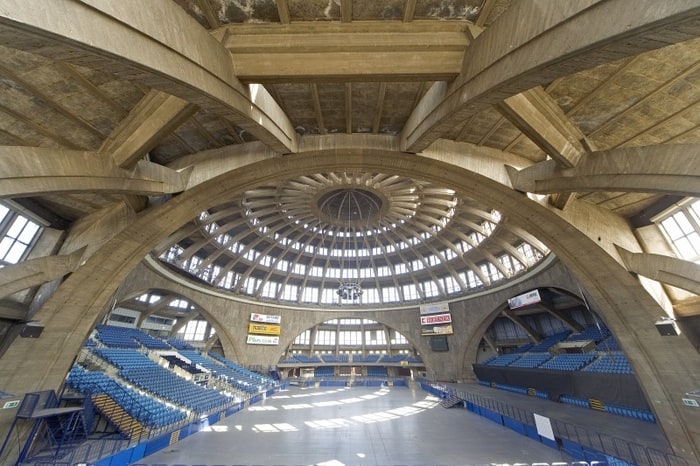 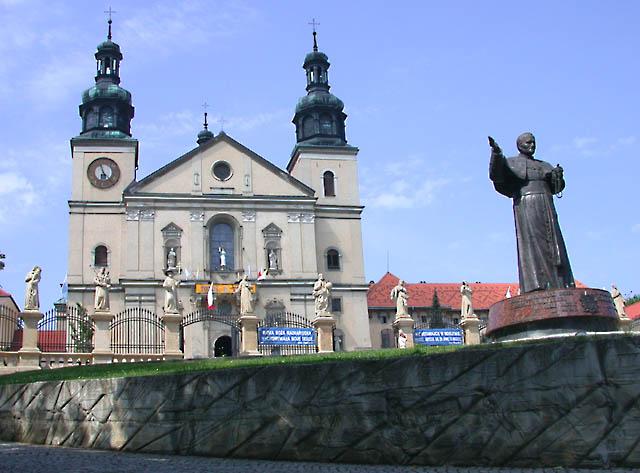 Sanctuary in Kalwaria Zebrzydowska was founded in the early seventeenth century. First erected the monastery and church of the Bernardine, then more buildings inspired Jerozolimskie structures that shaped a Way of the Cross. The most precious are baroque-rococo basilica with the Chapel of hiding the miraculous image Virgin Mary of Kalwaria. 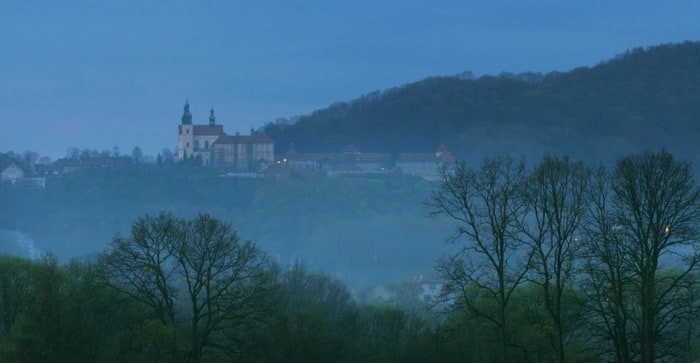 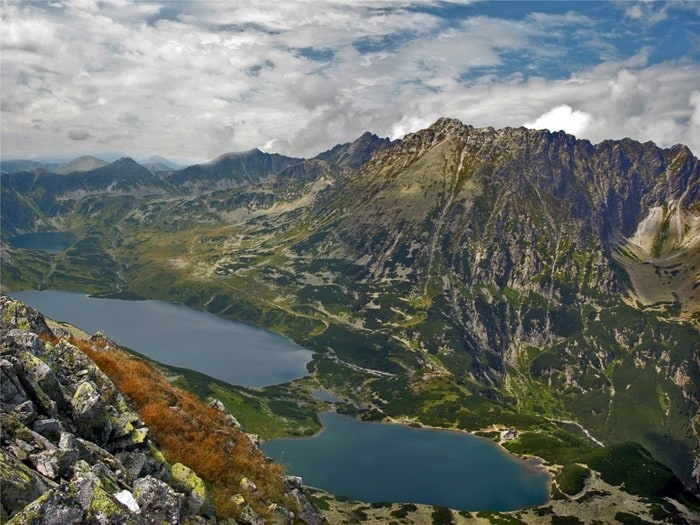 Five Ponds Valley is one of the most beautiful and the most popular places in the Tatra Mountains. Name of the valley comes from occurring in the valley postglacial ponds. All of them make up the characteristic wonderful landscape of this Tatra valleys. 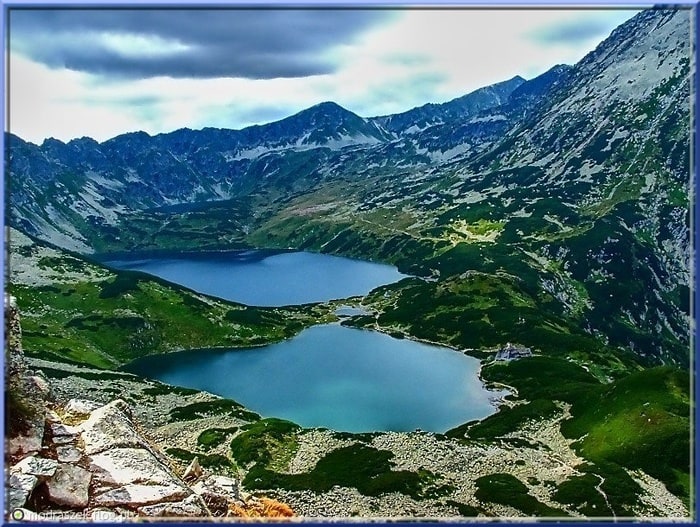 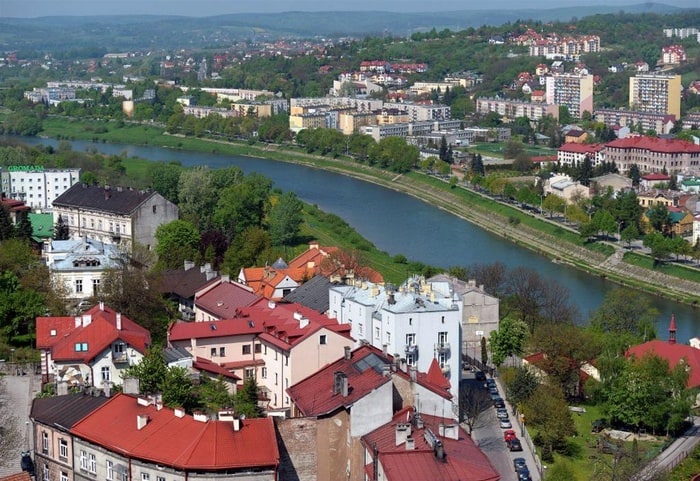 Przemyś is one of the oldest Polish cities and has a very interesting history. The town is situated in the foothills of the Carpathian Mountains, offers a wealth of monuments, steep streets and old churches. On unique atmosphere of the city affects the proximity of the former Polish borderlands. 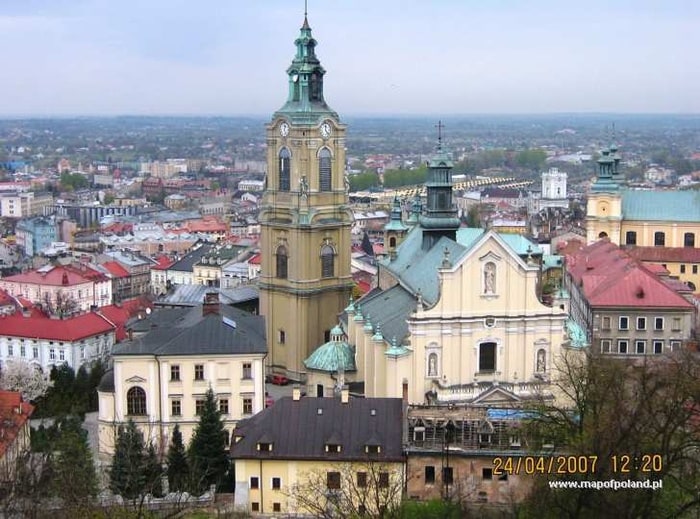 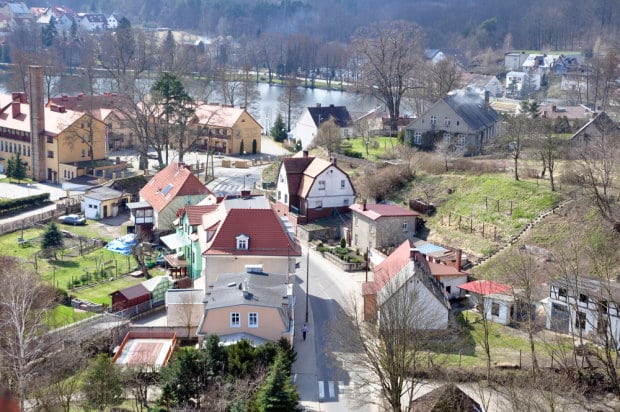 Łagów is the pearl of Lubusz Land. The oldest part of the village was built on an isthmus between two lakes Trześniowskie and Łagowskie. Łagów kept historic urban layout of a miniature town. You can use the boats and canoes, and visit the Castle of the Knights. 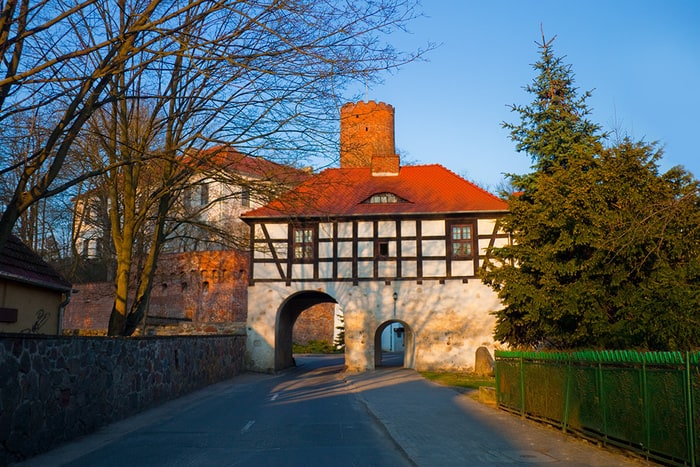 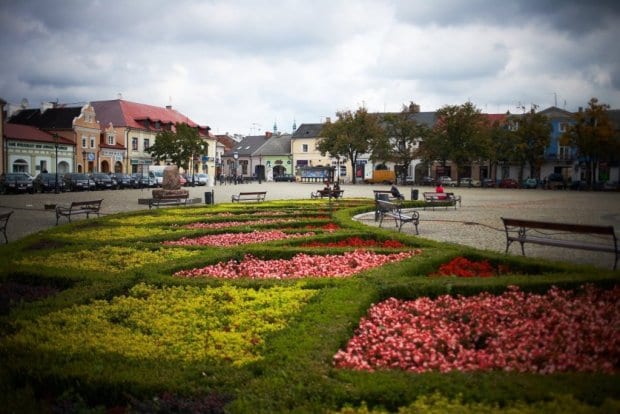 Łowicz is one of the richest in monuments towns of Mazovia and folklore center, which is worth closer acquaintance, choosing to museum. 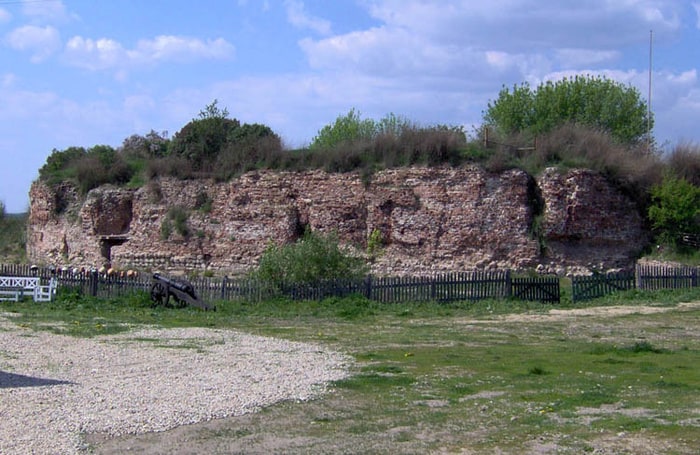 10 places in Poland, that are worth seeing.

62 votes
All about Poland (25 lists)
list by Villiana
Published 8 years, 8 months ago

Favorite Images of Lizards #1 by kathy

Favorite Images of Foxes #1 by kathy

Artist's Impressions of Space »1« by Anautix

All about Poland by Villiana

My favorite Polish movies by Villiana