The game's protagonist, Ryu, is living peacefully in a village of Light Dragons survivors. Ryu was orphaned when he was young and was raised by his sister, Sara, a priestess who can summon powerful magic.

One night he dreams of a dragon that warns him of impending danger; he awakens to find his village has been set ablaze. Sara uses her magic to draw the Dark Dragons away from Ryu and the other villagers, but is taken prisoner.

The Dark Dragon Emperor, Zog, has announced that it is the birthright of the Dark Dragons to conquer the planet. Zog intends to release Tyr by assembling the six Goddess keys. Ryu leaves the village and embarks on a quest to collect the keys before Zog can. 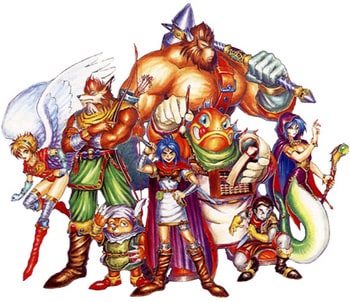 0
Breath of Fire II - Super famicom and SNES
Synopsis
A new religious idol named St. Eva has replaced the Dragon God, and the St. Eva church is rapidly becoming popular all over. Unbeknown to its followers, the church is actually a front for demons in order to channel the people's prayers into energy and send it to their master, Deathevn.

Long ago, a demon attacked the woodland town of Gate. According to local legend, a huge dragon suddenly appeared and banished the demon away. The dragon can still be found slumbering on the outskirts of Gate, where it guards the entrance to the demon realm. Ryu, a descendant of the Dragon Clan, is in the midst of this turmoil. 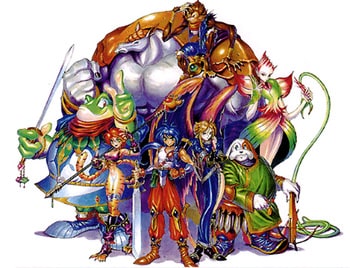 0
Breath of Fire III - PlayStation
Synopsis
Populated by both humans and anthopomorphized animals, the world is experiencing several scientific advancements thanks to the discovery of chrysm, a rare mineral with magical properties found on the fossilized remains of dragons.

While higher forms of technology such as robots and complex machines do exist, their origin is largely unknown, with most of the objects in question washing ashore on various beaches around the world. Much of the game's plot involves finding the truth about this mysterious technology, as well as solving the mystery of the disappearance of the dragons centuries ago. 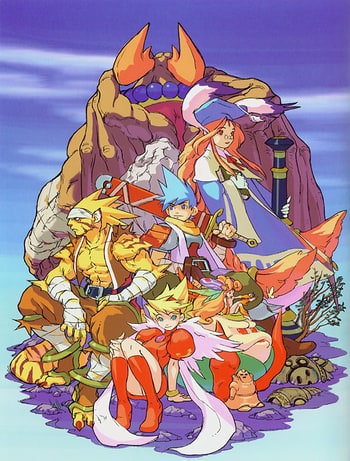 0
Breath of Fire IV - PlayStation
Synopsis
The world itself is divided into two distinct cultural halves: the Western Fou Empire, modeled after feudal China and East Asia, and the Eastern Kingdoms, with areas resembling both Medieval Europe and Arabia.

While both cultures remain at an uneasy alliance following years of turbulent war, the actions of several military officials threaten to once again pull the world apart.

Watching over humanity are the Endless, immortal godlike beings who take the form of dragons and control the elements that sustain the world. Much of the plot deals with the central characters' interaction with the people and Endless who inhabit the world.

Throughout the game the player will play as Ryu and occasionally play as the game's antagonist Fou-Lu. Fou-Lu is the first Emperor of the Fou Empire and is referred to as a god Emperor. He seeks to rule the world as a god, however, he needs Ryu to accomplish his goal. 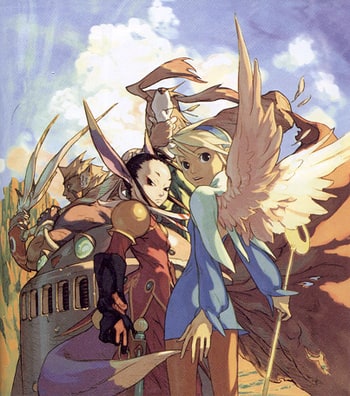 0
Breath Of Fire: Dragon Quarter - PlayStation 2
Synopsis
An unspecified amount of time before the game begins, humanity fled the desolate surface world to the underground in order to survive. Now, the world lies in a state of turmoil; polluted and stagnant, only the upper classes are able to escape to higher levels with better air.

The game follows Ryu, a low level citizen, who rebels against his government in order to save the life of Nina, who is unable to survive underground, due to an experimental surgery performed on her in order to convert her into an air purification machine. 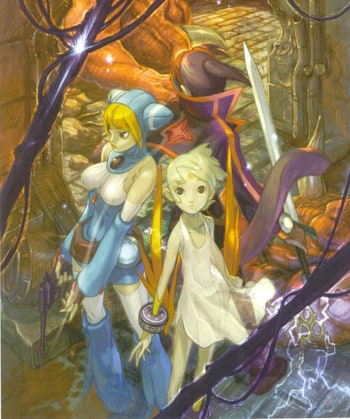 0
Breath of Fire: Fishing Teacher - Other 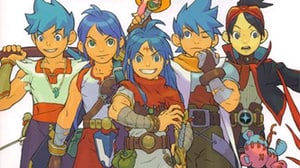 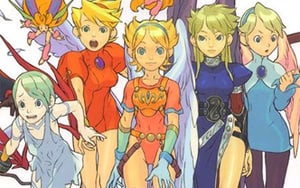 The Underdogs Best by Seaworth

The Light of Day by Seaworth