This anime is maybe just a tad bit better than mouse only because you can laugh at how much of a PUSSY the main character is. I mean seriously the kid gets a full out RASH when he comes in contact with girls. WTF? I can't tell whether he's just a huge dweeb or he is on the "Dark Side". Either way, it's a disgrace.

Completely ridiculous anime. It's suppose to be funny, but it more so is facepalm humor.
EpP:
5/??

The main dude in this is annoying as hell though.

7.7
Cromartie High School (2003)
Whoa. This anime is... I don't even know where to begin. It's so incredibly strange and out there. It along with Gantz must be the most fcked up anime ever (And don't quote me on that).

I mean seriously if you haven't watched this one, I highly encourage you to. If you still don't like it watch it while high or drunk. I guarantee it will be 10x better.

8
Black Lagoon (2006)
OMFG!!! How is something this legendary not more well known about? It's very brutal, grotesque and action orientated.

I would recommend it to anyone who likes anime or hell action films in general.

Note: Not as gory as Elfen Lied, but definitely is on the same level in terms of random vulgarity and violence and indecency.
EpP: 24/24

8
Elfen Lied (2004)
In short, gore, nudity, violence, and profanity. Need anything else?

Not my absolute favorite anime, but still up there. It's worth watching down in 1-2 sittings as it's very short.

Also can't forget this guy LOL.
WARNING THE FOLLOWING VIDEO CONTAINS CUSSIN' WATCH IT AT YOUR OWN RISK!!!

8.6
Monster (2004)
Long. Very slow paced. I originally watched it as someone recommended it to me because I liked Death Note.

As I've said, it's slow paced. It has it's fast paced moments and it has a good story, but honestly, it was way too slow for my tastes.

It's basically about a doctor who treats a patient that is a mass murderer. Don't get me wrong, it's interesting, with many deep characters, but it's like a long drawn out novel.

I liked it, but certainly was NOT my favorite. It's an average anime at best.
EpP:
72/72 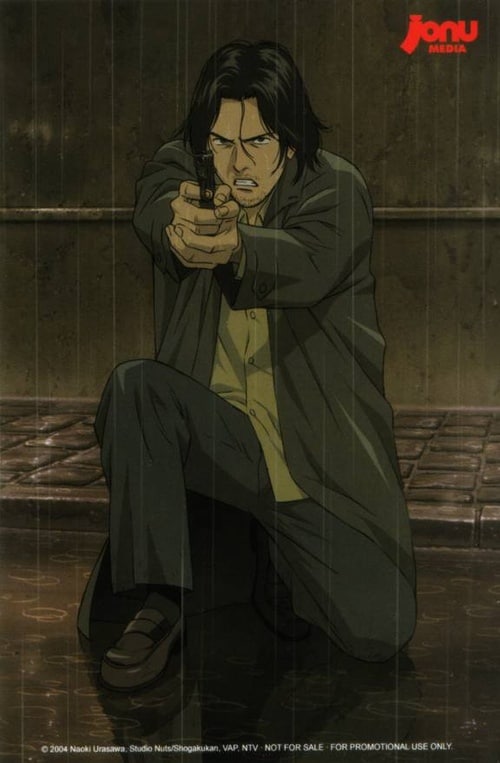 7.8
Kuroshitsuji (2008)
An overall decent series. Average plot. Interesting characters. Not my favorite, certainly not my least either. 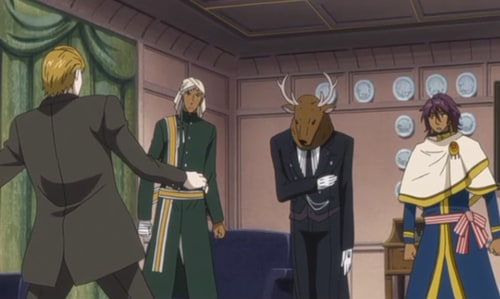 Kidding. But really, I love this anime. Light is such a wonderfully egotistical douche, but somehow likable like Patrick Bateman from American Psycho.

L is a genius who somehow manages to track down Light Yagami and figure out that he's Kira. Excellent, Excellent anime.

Demons, Death, and Crime all in one. It's one of a kind just as Berserk is.

8.5
Fullmetal Alchemist (2003)
The original series. Someone would argue and say this is better than brotherhood, truthfully I think they are both amazing.

It's out there. I won't lie. I watched it all just to see what would happen. Unfortunately it's not nearly as good as the manga (But hey, most aren't).

Still, I was pleased with this one minus the ending.

6.9
Sorcerer Hunters
An older more obscure anime. The memories that comes with this one...

9.1
Fullmetal Alchemist: Brotherhood (2009)
Perfect would be an understatement. I love this show and everything about it. From the characters, plot, music, ending, action, voice acting, art, etc. I watch this one over and over since it's so damn good. I also get the music stuck in my head from time to time.

I highly recommend this to anyone. I know some don't like it as much as the first one. I personally think they are both amazing, but Brotherhood is my favorite.

7.4
Chobits (2002)
Oh. This one... It has a rather large following and is talked about much. Honestly, it's not that I don't like it per se, but its plot leaves much to be desired for.

This follows the story of a college student that falls in love with his computer that is shaped like a woman. The general theme is about how people are more interested in mechanical people over real organic people.

It's funny because this really happens (Mainly in Japan) and it's quite odd in my opinion. I understand the attachment to an inanimate object, but when it becomes sexual that's when it is highly abnormal.

Anyway, I digress. It's full of lots of humor and I would recommend it to anyone who wants to watch something for a laugh.
EpP:
26/26

5.8
Green Green (2012)
Decent. Better than mouse. The plot was a little lame, but the humor was good. Haven't watched it in sometime now. May eventually re-watch it to make a second opinion.

Also I highly recommend you don't watch it if boobies offend you.

7.2
Highschool of the Dead (2010)
Previewed the first episode. I can tell that I am going to like this!

8.6
Great Teacher Onizuka (1999)
This one was rather...hmm... Didn't really interest me for some reason. I only watched the first episode. Could tell that the guy was a pervert for sure.

I watched all of it, but only because each episode is a mere 15 minutes long and I had the full collection of it.

From what I remember, he's a thief or something. The main character wasn't very likable nor were is big boobed accomplices.

It's more of a comedy than anything else, but it fails at doing that as it was all poor quality toilet humor.

In my opinion, even Bible Black was better...

8.7
Berserk (1997)
An excellent 'one of a kind anime'.I hope they do more with The Black Swordsman, although, I doubt aside from manga much will happen to further this magnificent anime.

My personal favorite. Nothing comes close to it aside from maybe Fullmetal Alchemist and Black Lagoon.

0
Get Backers
Watched two episodes of it. Was very strange, in my opinion.

List of all Animes I've watched and progress of how I'm working on them. Feels free to leave comments and suggestions.

Animes I have watched.
17 item list by Kral
3 votes

Animes to watch by brunocobain

Few Things I Love About Cinema by darthCornell

What the Asian? お気に入り by suuucobain

My Favorite Movies by Kikuchiyo

Anime seen in 2014 by LordDarkrai