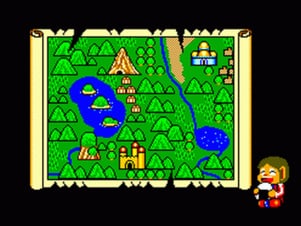 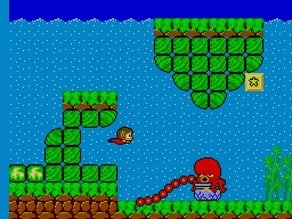 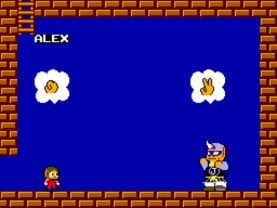 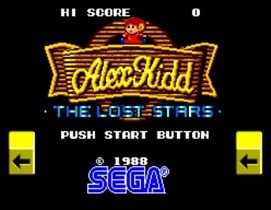 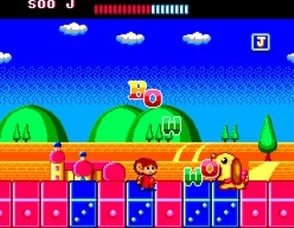 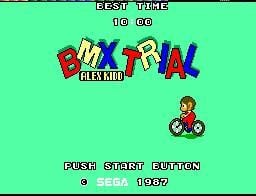 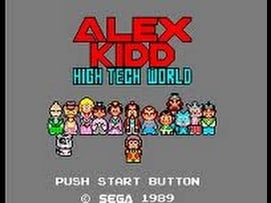 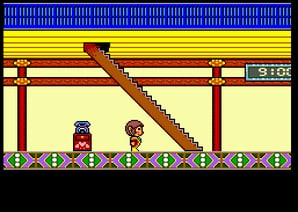 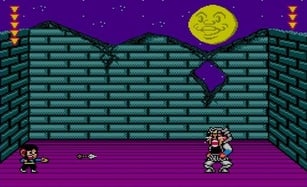 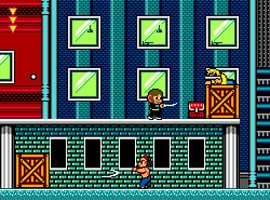 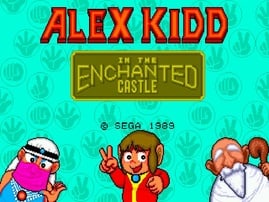 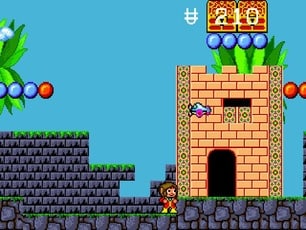 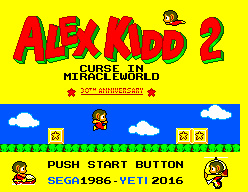 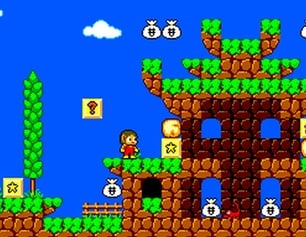 0
Segagaga - Sega Dreamcast
Segagaga is a Dreamcast game where you get to take control of Sega to help it win the video game war. At one point in the game, you run into Alex, who tells the player of his tragic story of how he used to be the mascot of Sega and his rivalry with Nintendo's mascot Mario. He then tells the player of how was demoted in favor of Sonic the Hedgehog as Sega's new poster boy. Now, instead of starring in his own video games, Alex's subdued to working a retail job at one of Sega's shops. This is a sad yet comical look at Alex Kidd's ultimate fate.

0
Altered Beast - Arcade
There is a homage to Alex Kidd in Altered Beast, where the names of Alex and Stella, Alex's female companion from the arcade version of Alex Kidd: The Lost Stars, appear on gravestones in the first stage 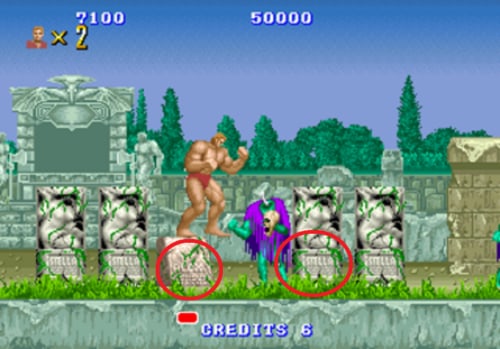 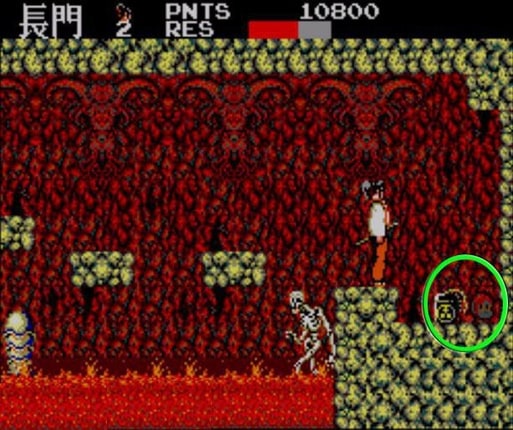 0
Sonic Riders Zero Gravity - Nintendo Wii
80s Boulevard is an unlockable track in Sonic Riders: Zero Gravity. It takes place in a 1980's busy, bustling city covered in references to famous Sega franchises during that period and their successors 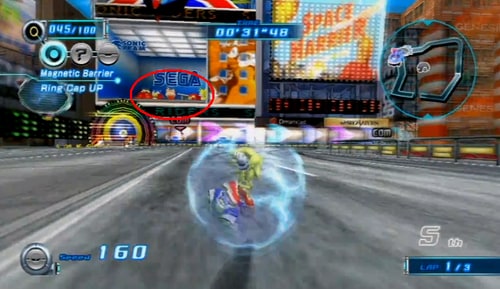 0
Shenmue - Sega Dreamcast
Alex Kidd appears several times as collectable toys in the Dreamcast game Shenmue, and the Dreamcast/Xbox sequel Shenmue II, marking the first time he ever appeared in a game for a non-Sega console. 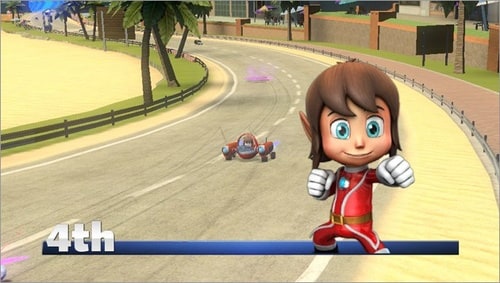 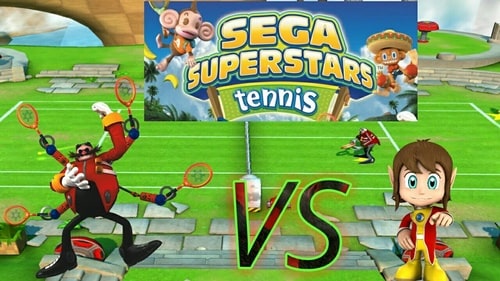 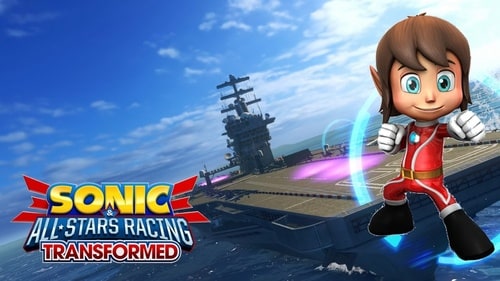 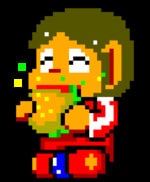 Alex Kidd is a video game character whose popularity peaked during the late 1980s and who was the protagonist of both a series of video games released by Sega and their fictional universe, as well as in numerous spin-off merchandise such as novelizations and comics. For a time he was an unofficial mascot of the Sega Corporation.

He was the protagonist of several video games over the years, spanning various platforms, and appeared in the arcade and on the Sega Master System and the Mega Drive/Genesis home consoles. Alex Kidd's popularity was at a peak with the release of the first game in the series, Alex Kidd in Miracle World, in 1986, which was later built into the Master System console without need of a cartridge and was playable from purchase of the console.

In 1991, Sega introduced Sonic the Hedgehog, who became more popular and recognizable than Alex Kidd, and Sonic subsequently replaced Alex Kidd as Sega's mascot. After this, the popularity of the character waned somewhat, although the character has made numerous cameo appearances in later video games

Favorites of Lena Katina by gonzowar