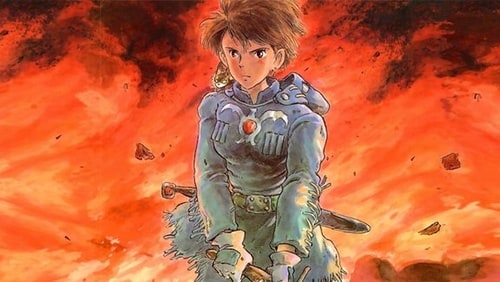 What’s the film about? Humanity is barely hanging on in a post-apocalyptic world, where survivors are caught in a perpetual war over Earth’s remaining resources. The adventurous Nausicaa strives to live in peace with the people and beasts that fill this new civilization, and she’ll do anything to protect their lives.

What would the game be like? Nausicaa’s adventures--like chasing giant bugs on her jet hang glider--are fantastical enough for a game, but they’re also grounded in very human emotions and desires. It’s the type of tale that makes a great RPG, since that genre can tell enormous narratives while simultaneously showcasing wonderfully realized worlds. And the film only told a fraction of the story Miyazaki detailed in the Nausicaa manga series; the full saga is easily rich enough for a satisfying 60 hour JRPG. We’d also give the project to Mistwalker, the company run by Final Fantasy creator Hironobu Sakaguchi. Why? Because the tone and style of FF has so much in common with Nausicaa, it’s only fitting that Sakaguchi’s current team work on the game.
youngbloods's rating: 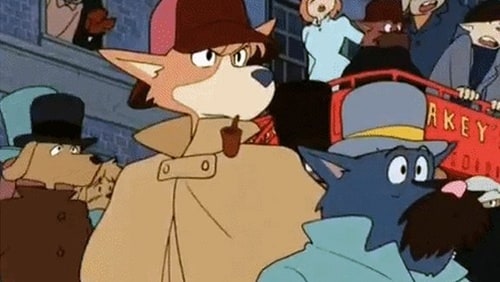 What’s the film about? What if Sherlock Holmes’ mysteries took place in a world full of dog-people? Miyazaki directed the first six episodes of the TV series that answered that very question, and the results are definitely worth watching.

What would the game be like? Sherlock Hound took its inspiration from the work of Sir Arthur Conan Doyle, but under Ghibli mastermind Miyazaki’s direction, adventure, whimsy, and intrigue were just as important as collecting clues to solve puzzling crimes. That ethos, along with the European setting, sounds a lot like the Professor Layton series, a franchise created by Level-5 (just like Ni no Kuni), and that makes them the perfect team to translate Hound into a game. Professor Layton’s gentlemanly exploits could be reworked to star dogmen in a steampunk world, or there could even be a full-on crossover like Professor Layton vs. Phoenix Wright. If the Level-5 developers could somehow get permission from the Doyle estate--issues with the Sherlock license held up production on the original anime--they could make a handheld title full of thrilling mystery and dogs smoking pipes. 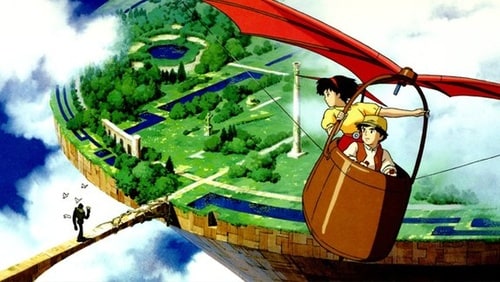 What’s the film about? Castle in the Sky is one of Miyazaki’s most conventional films. The story follows Pazu and a mysterious girl named Sheeta search for a lost kingdom in the clouds while pursued by the corrupt military and friendly sky pirates.

What would the game be like? Because Castle in the Sky tells such a predictable story, making it into an action game like Uncharted would be pretty easy. In fact, the scenes of Pazu saving a girl he just met, fighting goons on an out-of-control train, escaping certain death multiple times, finding a secret city via clues handed down by his ancestors, and ultimately destroying said secret city in a battle with the film’s big bad are moments seen all over the Uncharted franchise. All you’d need to do is make the hero younger, not have him constantly kill people, and set the game 60 years in the past, and you’ve got yourself a hit.
youngbloods's rating: 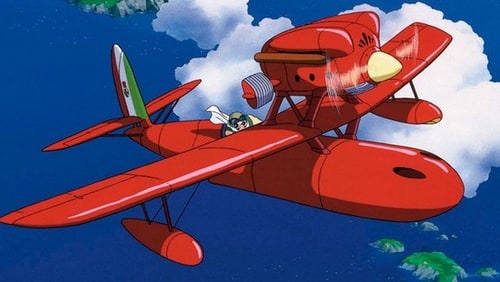 What’s the film about? Marco may be cursed with the face of a pig, but he’s the greatest pilot of his time. Unfortunately, that means he’s constantly challenged by pirates and brash American rivals.

What would the game be like? Perhaps Miyazaki’s most internationally flavored production, Porco Rosso was a tribute to the history of flight, a subject near and dear to the director’s heart. The dogfights in the film are so expertly crafted that it would only make sense to recreate them digitally with the best arcadey air combat this side of Star Fox. The comparison to that series is all the more fitting because both Star Fox and Porco Rosso feature anthropomorphic pilots. Of course, to truly fit with the spirit of the film, the game would also have to feature an intense boxing minigame similar to Punch-Out!!. And if that reference doesn’t make sense, then you are way overdue to watch this movie.
youngbloods's rating: 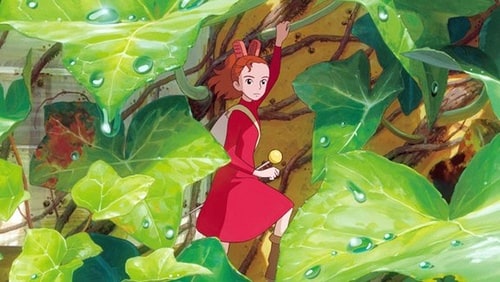 What’s the film about? One of the most recent Ghibli films, we follow Arrietty, the daughter of a family of "Borrowers," tiny people that hide in the walls of human homes. And now one curious boy might ruin her family’s existence.

What would the game be like? Gamers have witnessed many adventures of small heroes in big worlds, and this would be no different. Just as in Katamari Damacy, Chibi Robo, or The Legend of Zelda: The Minish Cap, Arrietty stature would transform our mundane world into an exhilarating, dangerous place just by changing the size of the main character. She’d run from murderous house cats or search for ways to climb down a chair without breaking every bone in her body, all while scavenging for food to keep her family going. We’d just hope that the game could capture a fraction of the sense of scale that the film so ably conveyed.
youngbloods's rating: 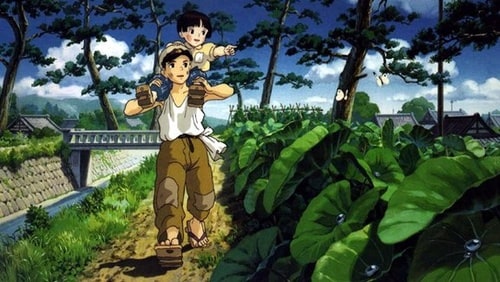 What’s the film about? One of the darkest animated films you’ll ever see, Grave of the Fireflies stars two children who try to survive after losing their mother in a WWII firebombing. Despite their best efforts, things don’t end so well.

What would the game be like? Grave of the Fireflies is the type of film that sticks with viewers long after it ends, and it’s filled with scenes about the characters’ tough choices and desperate circumstances. Were it ever made into a game, it would do well to follow The Walking Dead’s example. Similar to WD, the film has no real action setpieces or fight sequences, so the gameplay would need to make room for the story as the increasingly bad circumstances of these orphaned children play out. We doubt the game could make us feel any worse than the tear-jerking film did, but maybe having the moments play out with us in the driver’s seat will somehow crank up the emotion even more.
youngbloods's rating: 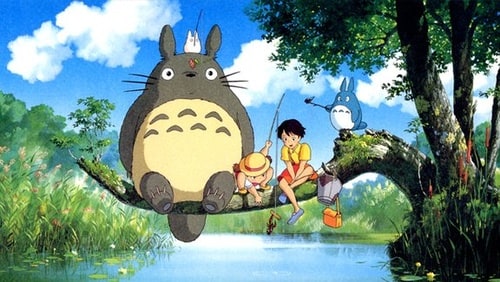 What’s the film about? A family moves to the countryside, and while the father spends time with the convalescing mother, their two daughters make friends with the strange creatures that live in a nearby forest.

What would the game be like? The world of Totoro is too happy and conflict-free for a traditional game with enemies and constant danger. However, the game could translate into an interesting sim of everyday life in the style of Animal Crossing, only with slightly fewer talking animals. Players could grow a garden with the help of Totoro and his other odd friends and fast-travel using the Catbus. The living dust mites could be collectibles hidden throughout the world. The game would probably work best on the 3DS or Vita, especially with the Augmented Reality options offered by both handhelds. The systems’ cameras could be used to add Totoro and company to scenes in everyday life, as we’ve seen before with Mario and Pikmin. We think we’ll take Totoro to the bus stop first.
youngbloods's rating: 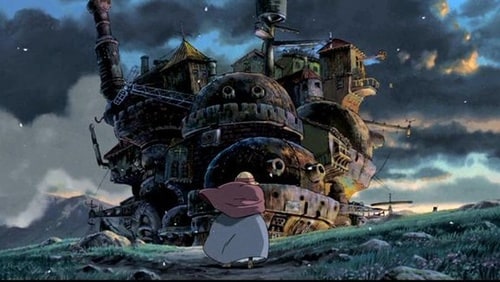 What’s the film about? Young Sophie finds herself transformed into an old woman after being cursed by a nasty witch. In search of a cure, she finds the walking mansion that master wizard Howl calls home, where she eventually learns to be more comfortable with herself.

What would the game be like? We love Sophie’s search for identity and self-confidence, and it makes for a satisfying character arc in a film. But were we to pitch this as a game, we’d rather see the same story from Howl’s perspective. Howl flies off multiple times in the movie to battle in a war that rages in the background--skirmishes that would probably look spectacular in digital form. Howl also fits more as the star of your standard action game. He’s a suave, confident pretty boy with an incredible array of powers at his disposal, much like Dante in Devil May Cry. We can just imagine his fantastical battles against strange demons seen so infrequently in the movie.
youngbloods's rating: 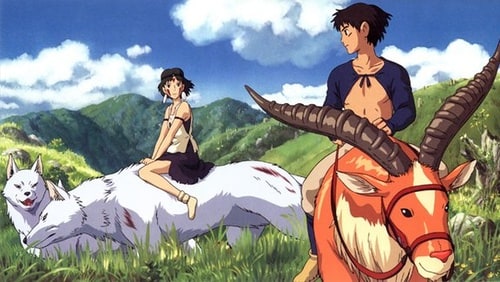 What’s the film about? Ancient Japan’s harmonious existence between forest gods and humanity has reached a violent crossroads thanks to industrial intrusion. San, a young woman raised by wolves, forms a tense alliance with cursed warrior Ashitaka in the hopes of restoring that harmony again.

What would the game be like? Wolf deities? Ancient Japan? Navigating the seemingly oppositional forces of progress and the natural world? That sounds an awful lot like Okami, only Mononoke replaces the colorful cel-shaded art with a more realistic approach to detailing the forested home of the gods and the industrial dwellings of most humans. If the Mononoke game were to follow the direction of Okami in gameplay but not art, then both Ashitaka and San are skilled enough in combat to fit within a Zelda-esque adventure, and the twisted gods corrupted by technology are the type of tragic enemy worthy of dramatic boss battles. Also, Ashitaka’s curse causes a spreading mark on his body that, in addition to marking his impending death, also gives him incredible strength. That growing scar could be used to track character growth like Far Cry 3’s tribal tattoos.
youngbloods's rating:

7.7
Lupin III: The Castle of Cagliostro (1979)
BONUS - Cliff Hanger, the only other Miyazaki “game” that exists 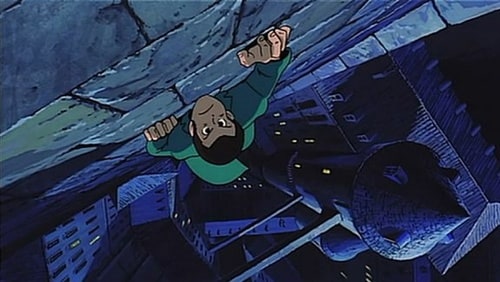 What’s the game about? Back in the 1980s, laserdisc games were all the rage, and Cliff Hanger jumped on the gaming fad started by Dragon’s Lair. Clips from Miyazaki’s early feature, Castle of Cagliostro, were used to simulate action.

What type of game was it? Castle of Cagliostro was the first film Miyazaki directed, a position he earned after he directed multiple episodes of the Lupin III TV series that the film was based on. The film was a non-stop thriller with car chases, sword fights, sneaking missions, and cover-based shootouts, all of which were brought to life by many future Ghibli animators. That action would make for an amazing game now, but 30 years ago arcade gamers instead got Cliff Hanger. Gentleman thief Lupin was renamed Cliff, and clips from Cagliostro were played while simple commands appeared on-screen. If you failed the inputs, the clips simply stopped. Though we’d still love to see the film made into a proper game, perhaps we should take this as a worst case scenario of what could happen if Miyazaki’s films fell into the wrong hands.
youngbloods's rating:

Every Gaming Console I Have Ever Owned by wordsasbombs

Games Played In 2013 by Hootsaidtheowl

Did You Know... by Bad☆Alice

The Games of March 2013 by youngbloods

10 movie tie-ins that nobody wanted by youngbloods

Favourite Movies from the 70's by youngbloods

Worst-reviewed games of the past 15 years by youngbloods

The Simpsons in Famous Movie Posters by youngbloods

7 Disappointing Movies That Should Have Been Great by youngbloods