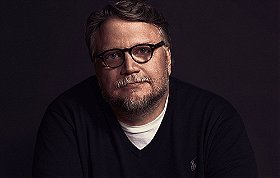 136 votes
Directors: Movies they refused or didn't get. (20 items)
list by Coby
Published 11 years, 5 months ago 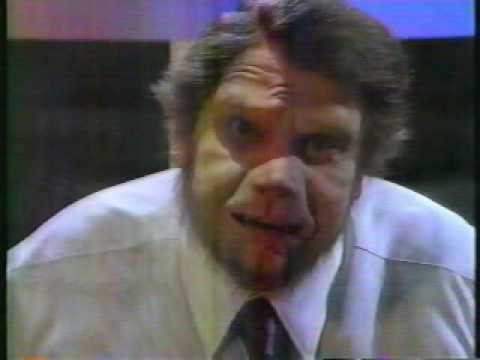 Picturehouse released Pan's Labyrinth domestically in December of 2006. The film received six Academy Award nominations (including Best Foreign Language Film and Best Original Screenplay for del Toro) and won three Oscars. It was also the recipient of nine Ariel Awards (including Best Director for del Toro, out of twelve nominations), three BAFTA Awards (including Best Foreign Language Film, out of eight nominations), and seven Goya Awards (including Best Original Screenplay for del Toro, out of 13 nominations). In addition, Pan's Labyrinth received awards from the Boston, Los Angeles and New York film critics, and was selected by the National Society of Film Critics as the best film of the year. It was also nominated for a Golden Globe for Best Foreign Language Film. It is currently the highest-grossing Spanish language film of all time in the U.S. and the fifth highest-grossing foreign language film in U.S. box-office history, with $37.6 million in box-office receipts.

del Toro has built his career by moving back and forth between independent, Spanish-language films and increasingly big-budget studio productions. A devotee of the gothic horror genre, del Toro followed Cronos with the environmental horror film Mimic, which he directed and co-wrote for Dimension Films. Mira Sorvino, Jeremy Northam, Josh Brolin and Charles S. Dutton star in the film. He then returned to Spanish-language subject matter with the supernatural, Spanish Civil War film, The Devil's Backbone. Released in the U.S. by Sony Classics, the film appeared on the Best of 2001 lists of such publications as The New York Times and Newsweek. In 2004, after completing the New Line vampire film Blade II, starring Wesley Snipes and Kris Kristofferson, del Toro began work on Hellboy for Revolution Studios. Based on the Dark Horse graphic novels by Mike Mignola, the film set the stage for his current production, Hellboy II: The Golden Army, for Universal Pictures.

His successful collaboration with Universal on Hellboy II: The Golden Army has led del Toro to join forces with the studio for two new ventures. He has entered into a first-look producing deal through which he will write and develop material both for himself as a director and for other filmmakers. In addition, he and fellow Mexican filmmakers Alfonso Cuarón and Alejandro González-Iñárritu have created Cha Cha Cha, a production entity that will produce five films for Universal Studios and Focus Features. The three filmmakers, who between them have 17 Oscar nominations and over a billion dollars in box-office receipts worldwide, will each direct one film for the banner, and will oversee the production of two films by other filmmakers. The first film to come out of this partnership is Rudi y Cursi, directed by Carlos Cuarón and starring Gael García Bernal and Diego Luna.

In 2007, del Toro produced the Spanish supernatural film The Orphanage, which has become the highest-grossing local-language film in Spain's history. Picturehouse released the film in the U.S. in December 2007. del Toro will produce the American remake of the film later this year. He will also produce the gothic horror film Don't Be Afraid of the Dark for Miramax. del Toro serves as executive producer on Gaumont's upcoming Splice, directed by Vincenzo Natali and starring Adrien Brody and Sarah Polley. del Toro 's other development projects include The Witches, based on the classic Roald Dahl novel, for Warner Bros., which he is producing with Alfonso Cuarón, and The Left Hand of Darkness, with Francis Coppola's American Zoetrope.

del Toro 's interests also extend to the worlds of television, gaming and graphic novels. Along with Hellboy creator Mike Mignola, del Toro supervised the production of a videogame based on the Hellboy franchise, which was released as a Playstation 3 game. For Dark Horse, he is creating two original graphic novels and a series of action figures.

In the field of animation, del Toro served as creative consultant on the animated films Hellboy: Sword of Storms, Hellboy: Blood and Iron and Hellboy: The Phantom Claw, produced by Revolution Studios and Konami. In addition, he is a partner in the international animation company Magic Box, which will develop and produce animated films that bring together European, Japanese and American creative talent.

Born in 1964 in Guadalajara, Mexico, del Toro attended the University of Guadalajara. He trained with Oscar-winning makeup and special-effects artist Dick Smith and later established his own special effects and makeup company, Necropolis, S.A., in Guadalajara. Early in his career, he produced and directed extensively for television in Mexico. He created and directed numerous episodes of the Mexican television series Hora Marcada for Televisa. In 1985, at the age of 21, he produced the feature film Dona Herlinda and Her Son for director Jaime Humberto Hermosillo.

del Toro has served on many film festival juries. He was a member of the Independent Film Project's Spirit Awards jury in 1999 and 2000. He was a judge and mentor for the 2000 NHK Awards and presented those awards at the Sundance Film Festival that year. In addition, del Toro has served as a mentor for many young filmmakers and has been a force behind both the Guadalajara Film Festival and the Sundance Institute's filmmaker lab held annually in Guadalajara, Mexico.

2. It's Always Sunny in Philadelphia

1. It's Always Sunny in Philadelphia

1. 3Below: Tales of Arcadia

3. 3Below: Tales of Arcadia

1. 3Below: Tales of Arcadia

4. Guillermo del Toro Cabinet of Curiosities: My Notebooks, Collections, and Other Obsessions (2013)

2. Guillermo del Toro Cabinet of Curiosities: My Notebooks, Collections, and Other Obsessions (2013)

AJJ added this to a list 2 years, 11 months ago

Movie Maniac added this to a list 3 years, 4 months ago
My Favorite Directors (20 person items)