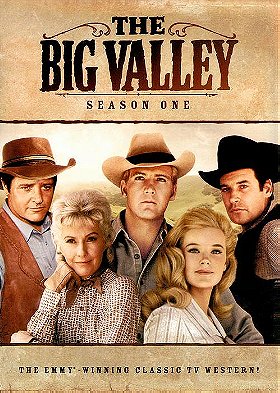 omnivorousrex added this to a list 10 months, 2 weeks ago

" (1965–1969)- IMDb user rating: 7.6- Votes: 2,395- Starring: Richard Long, Peter Breck, Lee Majors, Linda EvansSet on a ranch in California in the mid-late 1800s, the one-hour episodes followed the lives of the Barkley family as they worked to defend their home. Unlike other Westerns at the time, what set “The Big Valley” apart was that the family was led by a woman, Victoria Barkley, played by Barbara Stanwyck. This, wrote David Browne in the New York Times, made the 1965 series ahead o"

westly posted a comment on this image 1 year, 2 months ago

"I actually learned a lot about life from the wonderful television series. Lots of drama fun and moral guidance."

westly voted for an image 1 year, 2 months ago

franceseattle added this to a list 1 year, 11 months ago
TV Shows of my youth (82 tv items)

Mass. Patriot voted for an image 4 years, 7 months ago

aLittleTyger voted for an image 4 years, 7 months ago

The Eggman added this to have watched list 5 years, 5 months ago

Kandi added this to a list 5 years, 10 months ago