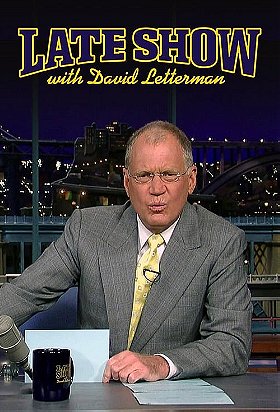 9 votes
Most Influential TV Shows Of All Time (294 items)
list by moviebuff
Published 6 years, 2 months ago

The Cinephile
This talk show, is better than any I have ever seen. David Letterman is such a funny person. He adds material that no one else uses. He is very unique, and makes me laugh every episode.

charidotes20
This isn't really as good as Seinfeld, even though it's vaguely similar, in a way; also, it's interesting to note that this show premiered the year that "The Wrath of Khan" came out.

Also, the.... details, of these really long running comic's shows, (I call it comic's drama, because I have somewhat.... Aldrin-y, ideas about what comedy is, or at least, *should* be), kinda confuse m... read more
View all Late Night with David Letterman reviews

Agent Kermit D. Fonz added this to a list 2 months, 3 weeks ago
200 Greatest Sitcoms/TV Comedies of All Time (329 tv items)

RustyJamesRumbleFish posted a image 8 months ago

LittleRedCorvette added this to a list 4 years, 6 months ago
Watching Tv (850 tv items)

Dj Levels added this to a list 4 years, 9 months ago
Tv...Talk Shows...News and Entertainment (107 tv items)

moviebuff added this to a list 6 years, 2 months ago
Most Influential TV Shows Of All Time (294 tv items)