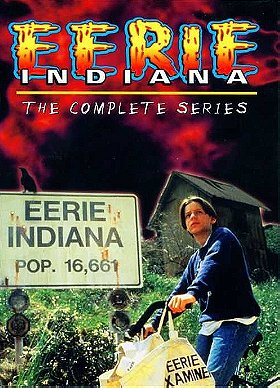 19 votes
13 Shows NBC Should Be Embarrassed About Canceling (13 items)
list by A.M.A
Published 6 years ago

Agent Kermit D. Fonz added this to a list 1 month, 1 week ago

Defenestrated Jack added this to a list 8 months, 2 weeks ago

" Wikipedia: "Eerie Indiana is an American horror science fiction television series that originally aired on NBC from September 15, 1991, to April 12, 1992. The series revolves around Marshall Teller, a teenager whose family moves to the desolate town of Eerie, Indiana, population of 16,661. While moving into his new home, he meets Simon Holmes, one of the few normal people in Eerie. Together, they are faced with bizarre scenarios, which include discovering a sinister group of intelligent dogs"

Queen of Horror added this to a list 3 years ago
Spooky TV! (44 tv items)