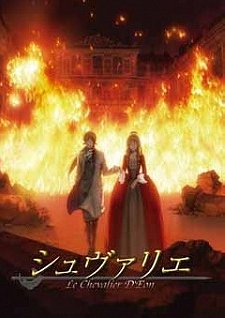 Pandoras Folly added this to a list 5 years, 4 months ago
My Favorite Anime Series/OVAs (315 tv items)

louispencer added this to wanted list 5 years, 7 months ago

bermuda added this to a list 6 years, 1 month ago

"eps. 24. Le Chevalier D'Eon 2006-07. 18th Century, France. Lia de Beaumont, loyal servant of Versailles and its King, Louis XV, is found dead in the river Seine. Floating inside a coffin, on which the word "Psalms" was written, her body had been poisoned by mercury, thus preserving decay. According to the Church, the soul that belonged to a corpse incapable of being consumed by the soil will forever wander in the human realm, unable to go to Heaven. This greatly affects D'Eon de Beaumont, Lia'"

Pablo added this to wanted list 6 years, 1 month ago