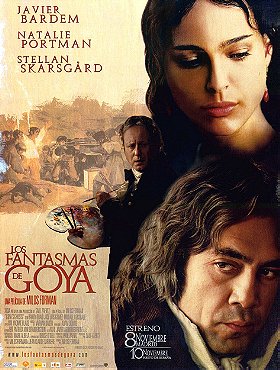 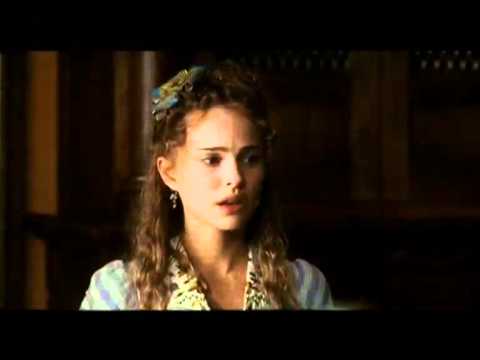 doudouce55
3 votes
Francisco Goya (Stellan Skarsgård) works on a series of paintings, one of which is of Father Lorenzo (Javier Bardem), who is captivated by his painting of Ines Bilbatua (Natalie Portman). When Ines is enquired by the Church about her religious activities and beliefs, her father Thomas contacts Goya with the hope that his connection with Lorenzo will ensure the release of his daughter. What follo... read more

SJMJ91
1 vote
Goya's ghosts is a film that i found really bizarre because we see lots of medieval-like sceneries that is set in the 15th or 16th century. It is a film with a lot of bizarre yet dramatic consequences. I don't know how to fully explain what this film was like to watch. All I can say is that it was a very emotional and depressing story, a story with a little taste of Amadeus to it and it has very g... read more

madstalk
1 vote
Though it certainly looks like your run of the mill period piece, Milos Forman's Goya's Ghosts is a strange beast indeed. Its successes lie in some fine performances by Stellan Skarsgard and Javier Bardem but the story meanders through vaguely defined periods of Spanish history. It's often disarmingly funny - carrying a vibe that doesn't fit the costumes and high drama of the depicted period and... read more
View all Goya's Ghosts reviews

rickterenzi voted for 10 images [View All] 4 years, 4 months ago

“Since I have always been a fan of Milos Forman's work, I was really eager to check this movie and I think it took me about 10 years to finally see the damned thing. Well, I wish I could say it was worth waiting for so long but I 'm afraid the whole thing turned out to be rather disappointing. First of all, even though I didn’t mind the international cast,  I think it was a rather odd choice to have a Swedish actor to play this Spanish master. However, it wasn't even the biggest issue here. No, the main problem I had is that the story was just a mess. Indeed, it was basically about the rise and fall of the Spanish inquisition, the invasion of Spain by Napoleon, the rise and fall and rise and fall of a Spanish priest and some family melodrama involving a poor girl being tortured and put i” read more

johanlefourbe added this to a list 4 years, 10 months ago
My Queue (417 movies items)

johanlefourbe added this to a list 4 years, 10 months ago
My Queue 2 - Movie backlog (1139 movies items)

johanlefourbe added this to a list 4 years, 10 months ago
My Queue (417 movies items)

johanlefourbe added this to a list 4 years, 11 months ago
My Queue (417 movies items)

johanlefourbe added this to a list 4 years, 11 months ago
My Queue 2 - Movie backlog (1139 movies items)