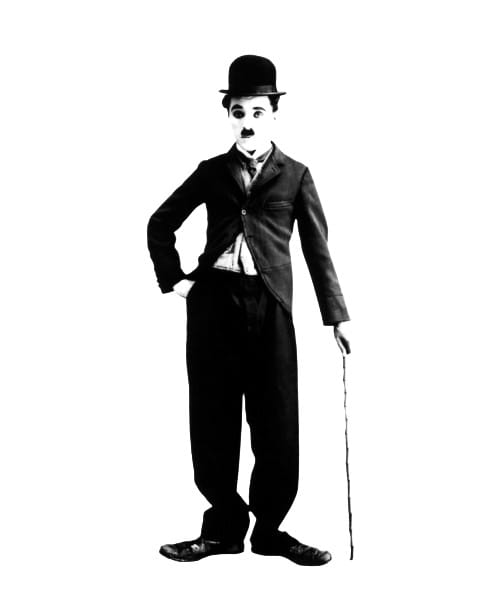 The first appearance of the legendary tramp happened in Keystone Studios' film The Kid Auto Race at Venice (1914).

Chaplin has said they told him at the studio to create a character of their wardrobe, and that's how the tramp was born. Like he says in his biography, when he had the outfit on, he immediately got lots of ideas; jokes, tricks, etc.
Of course there already was similar characters in variety, and they've probably been a part of Chaplin's inspiration. 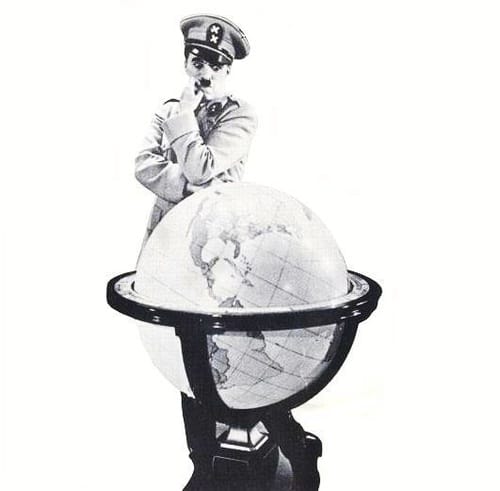 We all know Chaplin's Tramp's and Adolf Hitler's resemblance, and some of us may also know how they born at the same week at the same year.

When this film was released, Hitler banned it in Germany and in all countries occupied by the Nazis because of its parodic potrayal of them. Curiosity got the best of him and he had a print brought in through Portugal. He watched it even twice. Unfortunately, history did not record his reaction to the film. When told of this, Chaplin said "I'd give anything to know what he thought of it." 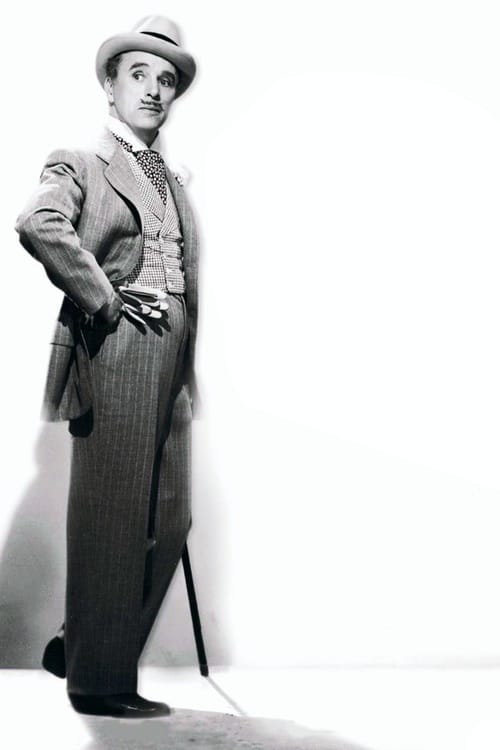 Though this is nowadays one of the most popular Chaplin-films, at its time people didn't want to see death - especially as a murder - in films and they thought it insulted women. So the audience really didn't like it at that time.
Despite the film's poor reception, it was nominated for the Academy Award (1947) for Best Writing (Original Screenplay).

There are some thoughts that Chaplin would have protested by Monsieur Verdoux's theme after being marked as a communist and been in interrogations because of it. 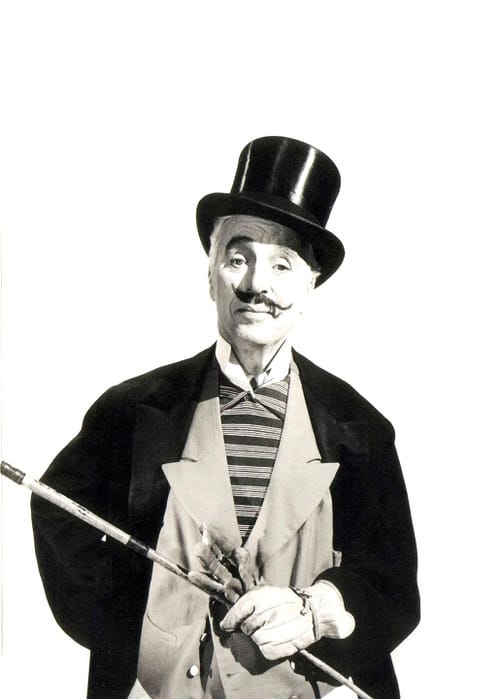 In Limelight, there are some references of Chaplin's own life, personality and career. For example the story of Thereza has similarities with Chaplin's mother's life and career and Calvero's and Thereza's relationship reminds Charles' and Oona Chaplin's (nee O'Neill) marriage.

Limelight was banned in USA for a long time; not until 1972 (after 20 years) the film was finally presented and it won The Academy Award for Best Original Score.

- Portland Oregon - In and Around by jaytoast

Favorite Actors and Actresses by lydia

Apes in Movies and TV by redrobin

Your face, man by Sarqasm

10 reasons why I love Tim Roth by Sarqasm